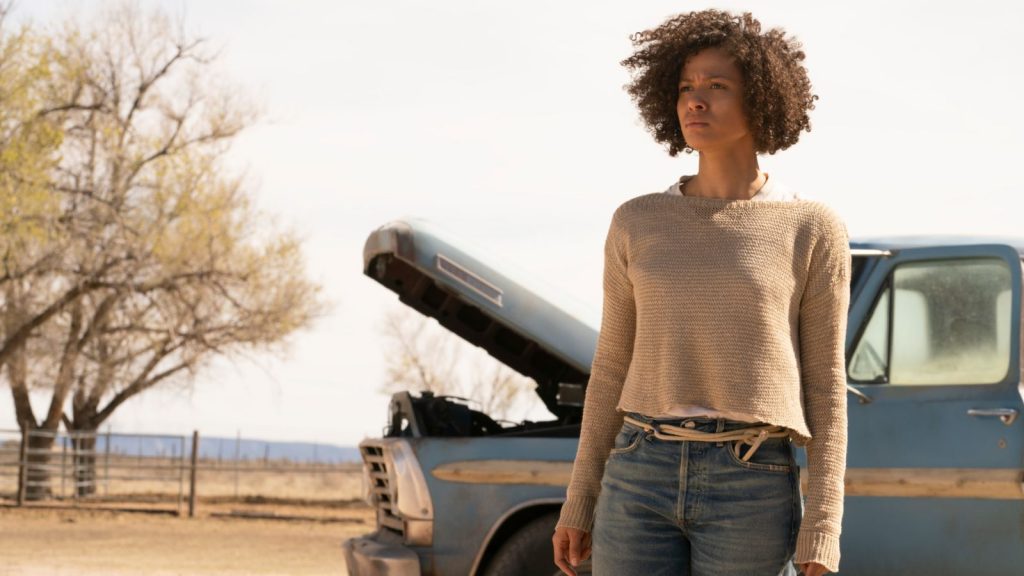 It is easy to see the progressive growth of the world’s most popular film genre in recent years. Met with plenty of approval on a grand scale, films such as Black Panther and Captain Marvel easily show the bond many have formed with a diverse group of characters. Fast Color feels like an equally appropriate response to the continued spread of superhero films but on a smaller level. Fortunately, having a more modest budget doesn’t hold the movie back from developing an original story about a multigenerational family of black women with superhuman abilities.

Fast Color kicks off with a bang as we watch Gugu Mbatha-Raw’s Ruth on the run for undisclosed reasons. There’s something extraordinary about her (producing mild tremors in local areas signals as much), but it comes with authority figures on her tail as well. With few options available, Ruth eventually heads back to her childhood home, where she reconnects with the family she abandoned.

Rounding out the cast is a set of actors whose roles slowly click into place over time. Lorraine Toussaint is Ruth’s mother, Bo, the kind of older woman with plenty of fear of what the world can do to her family, yet still full of advice and teachings leaning on the side of strength and positivity. Saniyya Sidney is a young woman, Lila, who Bo has been taking care of, full of spunk. David Strathairn plays a sheriff who gets pulled into a situation that has him searching for Ruth as well, his world-weariness showing through. 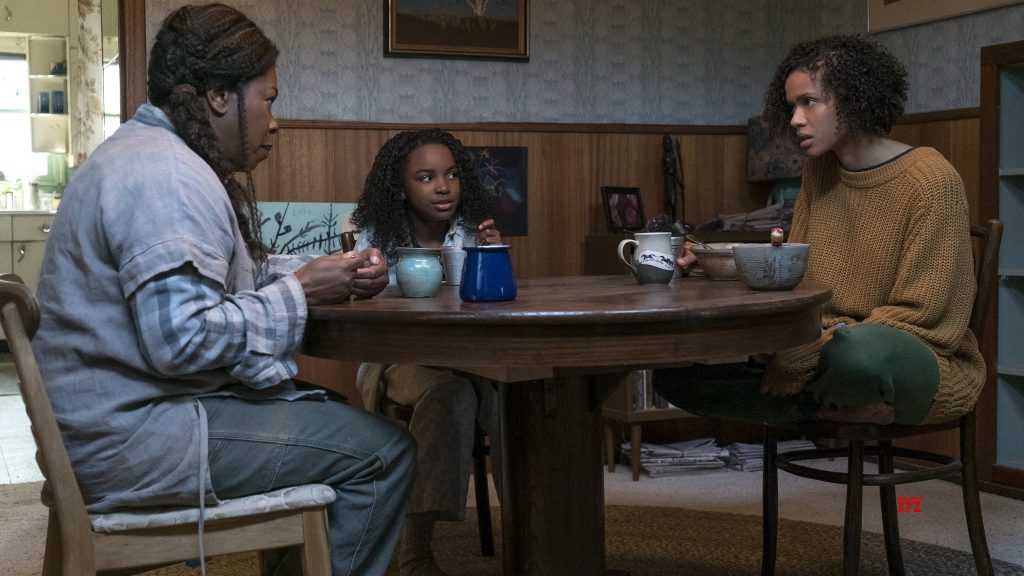 Set in a not-too-distant future where water has become a prized commodity, director Julia Hart does a lot with limited locations to fill out the world with the characters we follow. Without a comprehensive backstory thanks to decades worth of comics that need some acknowledgment, details surrounding the various people we meet are delivered with efficiency. There’s a minimalist quality here that draws to mind Jeff Nichols’ Midnight Special, another film that promises spectacle but doesn’t rely on it.

With no choice but to keep things grounded, Fast Color keeps the viewer’s investment by playing into some mysteries, as well as character drama. We want to know what Ruth is capable of, but the film also wants us to understand the tension between her and Bo, why Lila is important, and what it means to see each of these women show off their gifts. Fortunately, the film doesn’t hold back on visualizing their abilities.

While not overly elaborate, some well-staged sequences have the characters providing a look at what they are capable of. There’s also a lot of discussion surrounding the use of these abilities, let along whether or not it is good to embrace them, and when the right time to do so is. Yes, the film does become a bit talky in the middle, as the choice to keep the characters contained mostly to one location means having the relationships take their time in a manner that is perhaps more realistic but also finds the film’s pace slowing a bit compared to the opening act. 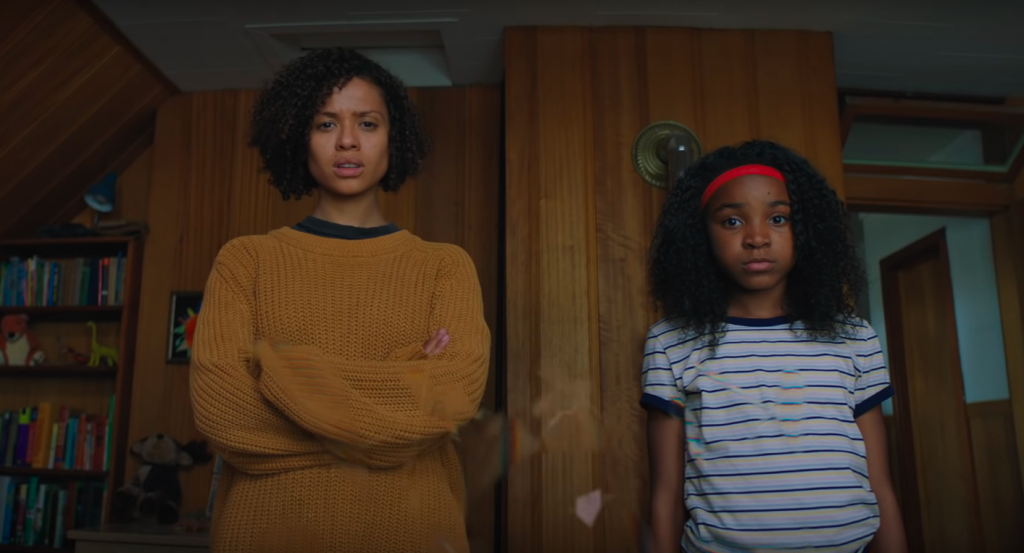 This sort of quibble only hurts the film if you’re not into what’s being done with this story. The nature of the script suggests Hart and co-writer Jordan Horowitz (also a producer and Hart’s husband) wanted to contend with the lack of more black, female superheroes onscreen by taking a DIY approach to the situation. As a result, there is a lot of clever subversion at play by presenting these characters in a toned-down superhero film. Based on the setup of the world and how characters function in it, the inherent social commentary that arrives with this feature makes it all the more affecting.

Fast Color also looks excellent. Placing color in the title was no mistake, as the careful lighting and framing of scenes allow for a constant contrast to be put on display. This movie may not have originated in comic form, but there is plenty of visual splendor to be found in a film taking place on such arid terrain. On top of that, the way the powers of the various characters are revealed presents a unique take on what it means to have special abilities. Utilizing specific camera angles and visual effects to best realize this only adds to certain bigger reveals as the film moves forward, let alone adds to the discussion about how to be put these powers on display. 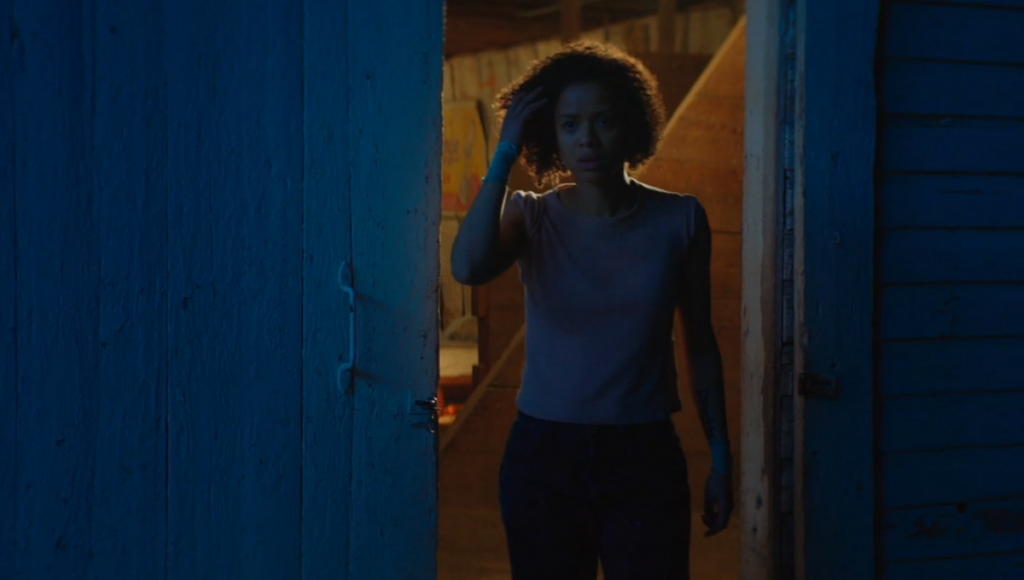 The cast seems comfortable with all of this as well. Mbatha-Raw has to be a bit of a mystery to us as far as her goals, while also allowing a sense of wonder to resonate, whether or not it’s positive. Young Saniyya Sidney has the right attitude to show both the joy of being unique as well as the frustration of isolation. Strathairn is always reliable and shows up with what is needed for his scenes that are also steeped in mystery. It is Toussaint who gets some of the most impactful moments, showing plenty of history and emotion in each of her facial reactions.

Whether taken in by the evocative imagery and overall visual presentation (not to mention a synth-heavy score) or the allegorical elements that effectively help this film to stand out, Fast Color has a lot to offer an audience seeking some divergence from regularly scheduled programming. With smaller and more personal stakes drawing these characters together, it is easy to become invested in what this film has to offer. That said, even when it tilts more towards the fantastical, those moments feel earned and are presented in a manner that does more than satisfy. In a world where it’s easy to get lost in the many movies that are all of the same kind, Fast Color provides a fresh and rewarding take. 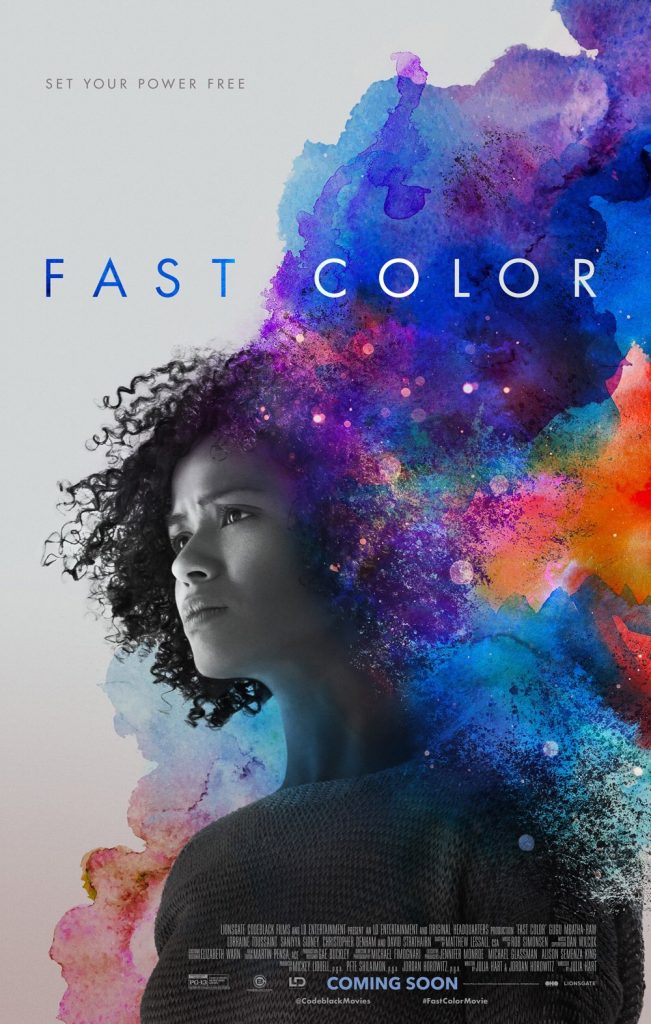