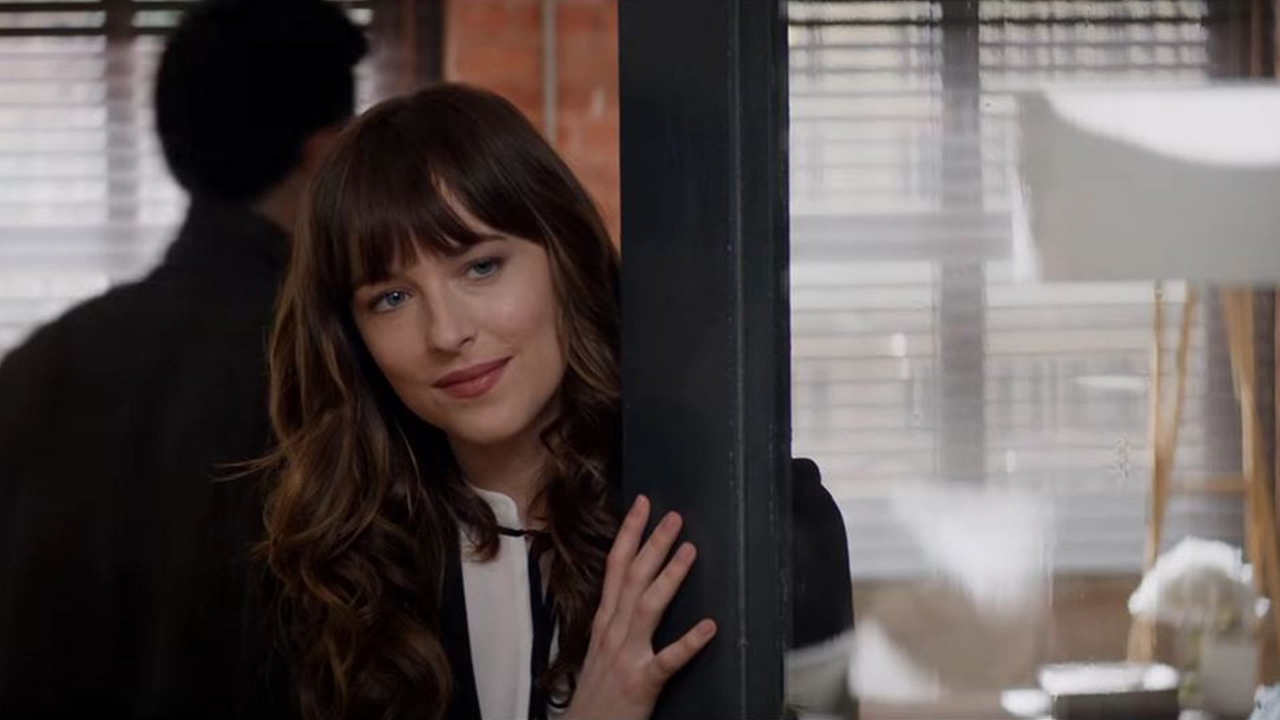 The marketing campaign for Fifty Shades Freed desperately continues to beat over the head, “Don’t Miss the Climax.” Obvious sexual innuendos aside, the final chapter of this BDSM-laced “romantic” trilogy does next to nothing to please its audience. Even for its die-hard fan base, this vanilla (a term Fifty Shades readers know all too well) finale just never reaches the climax it’s been bragging about.

Picking up after the cliffhanger in Fifty Shades Darker, Christian (Jamie Dornan) and Anastasia (Dakota Johnson) have settled into married life. So let’s just add a ring to those whips and sex toys now. Three movies in and their relationship is less awkward this time around, albeit as mentioned before, just vanilla. At this point, we’re know what we’re getting when it comes to chemistry. It doesn’t mean by any means that it’s improved. But you might as well go along with it as this trilogy wraps in. The light at the end of tunnel is near.

Fifty Shades Freed ping-pongs back and forth between good times in beautiful locations and a few extra trips to that dirty sex dungeon. Outside of Ana’s time as an editor, one begs to ask if these two actually have a professional life.Christian’s controlling tendencies remain on the radar, but there’s no creepy moment where he’s purchasing an entire gallery of his wife. Neither is there one where he’s outlining the off-limits parts of his chest with lipstick either. With the weird antics gone, Christian might even tread on normal now, but a boring normal. Johnson’s Ana still plays submissive to her husband in the dungeon, but is allowed a few moments of defiance and confidence. They’re few and far between, but at least it’s moving the needle.

Like the last film, the adaptation of Fifty Shades Freed strips down the source material, concentrating on a revenge plot teased at the end of Darker and an unexpected pregnancy halfway through the film. There’s much more happening in E.L. James’ novel, however the screenplay by Niall Leonard is more focused on reaching the finish line. It’s eerily similar to the final Twilight movie with the whole pregnancy bombshell. Then again, Fifty Shades has been labeled a Twilight fan fiction with BDSM. Fifty Shades Freed is leaner and simply uneventful compared to the previous two films, clocking in at 105 minutes.

Fifty Shades Freed is painfully inconsistent as characters and subplots drop in and out more randomly than in Tommy Wiseau’s The Room. That’s no hyperbole either.  Early on in the film, Christian and Ana are caught up in the focal revenge plot, yet randomly gain an interest in rebuilding their secluded country home. The rest of the film couldn’t care less about it or the architect (Arielle Kebbel) flirting with Christian. Christian and Ana’s inner circle is pretty much treated the same. Who are these people? Though if anything, Eric Johnson has a bit of fun as the vengeful stalker Hyde, who’s out the make the lives of Christian and Ana a living hell. He isn’t given much, though he makes the most out of those moments.

Bogged down by a monotonous endless cycle of martial drama, dungeon foreplay, creeper moments and repeat, Fifty Shades Freed just isn’t as sexy or kinky as what came before. Like one scene in Christian’s infamous sex dungeon, it’s 105 minutes of stop and start without any substantial payoff. There’s too much teasing and too little action to make it worth your while.

If you didn’t scream “red’ during Fifty Shades of Grey or Fifty Shades Darker, you will before Fifty Shades Freed hits its climax or lack of. Perhaps at this point, it might be too late.