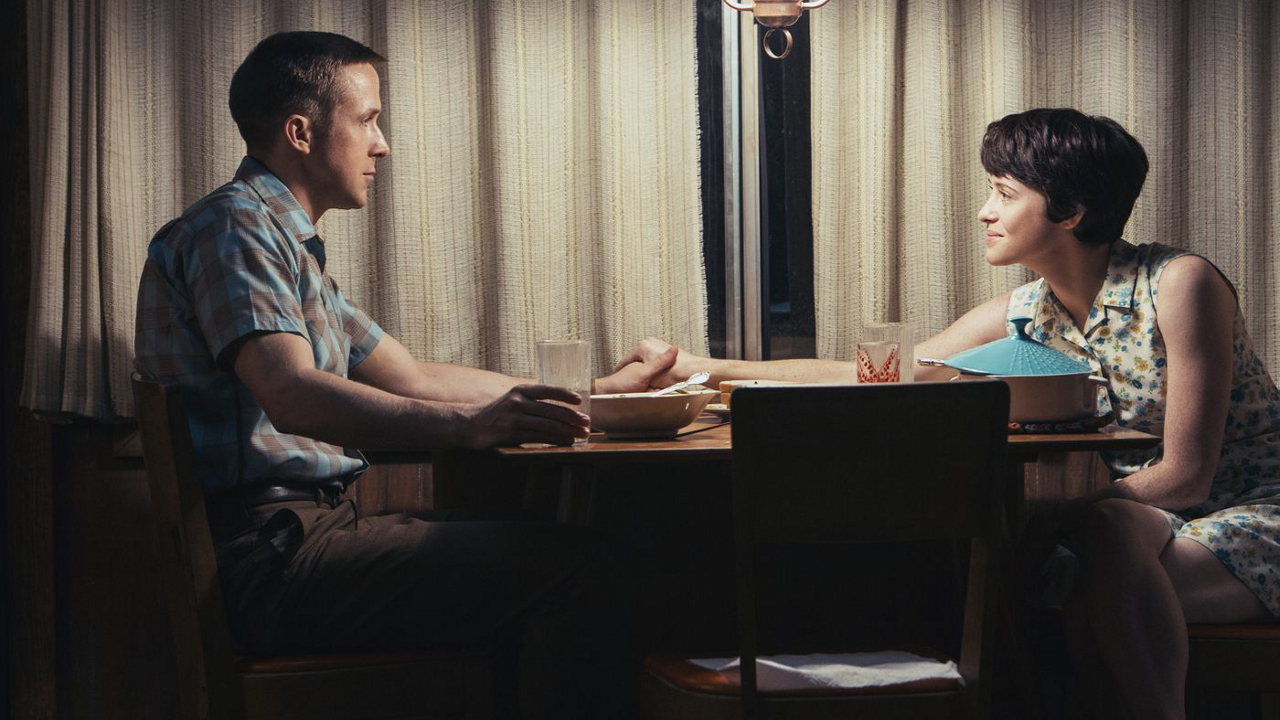 Writer-director Damien Chazelle has made quite an unquestionable impact over the past four years. From nailing pitch-perfect tempo in 2014’s Whiplash to igniting the dreamers in all of us in La La Land, Chazelle’s astronomic rise is a well-deserved one. Shifting his focus from success-obsessed musicians, the Academy Award-winning director aims for an even more ambitious project in First Man.

Based off the 2005 biography, First Man: The Life of Neil A. Armstrong, Chazelle’s latest film follows the man who made history nearly 50 years ago. Though the Moon landing is the film’s payoff after nearly a 140-minute run time, it’s the eight-year journey of Armstrong himself which propels the narrative. It’s certainly a counterpoint to the other space films of late, which highlight more on the urgencies and perils that go hand-in-hand with space exploration.

Ryan Gosling headlines First Man as Armstrong, playing up to his acting strengths as the quiet type. Stoic success in Drive, The Place Beyond the Pines and Blade Runner 2049 carry over in First Man as Gosling’s Armstrong is framed as an enigmatic personality. It’s a rocky eight years battling successes, failures and heartbreaks. Early in the film, Armstrong struggles with the death of his young daughter as a result of a brain tumor. Much of that grief emerges through moments of isolation and personal necessity to plug away as an astronaut.

SEE ALSO: First Man Review: The Dark Side of the Moon

Josh Singer’s screenplay checks many obligatory boxes, hitting key moments over the course of the film. Fueled by years of trial and error, the road bumps throughout the Space Race are felt, though never realized to the fullest. The course to the Moon practically follows a leisurely flowchart for the first 90 minutes. Except being triggered by setbacks and deaths quickly piling up, that 1969 Moon landing deadline by JFK lacks immediacy. Perhaps that’s the trade-off when concentrating more on the man than the mission at hand.

Ultimately, it’s the final act where everything comes together in First Man. La La Land cinematographer, Linus Sandgren, gave First Man a grainy, dated look for its initial two acts. At times, one could question if this film was from 2018 or much earlier. Everything shifts to a pristine IMAX approach for its climax. And while the clarity is vastly superior, surprisingly enough it’s not as jarring as one might expect. Intensity kicks up in the finale as the Apollo 11 Lunar Module starts to run out of fuel as it closes in on the Moon’s surface. Even knowing the outcome after nearly a half-century, it ranks among the most nail-biting moments of any recent space film. A combination of Sandgren’s claustrophobic camerawork and Justin Hurwitz’s pumping score work well here in tandem.

Gosling holds his own in First Man as a man we’ve just scratched the surface with personally. His supporting cast including Corey Stoll, Jason Clarke, Kyle Chandler, Lukas Haas and Brian d’Arcy James come and go throughout the course of the film, servicing the overall narrative. Stoll plays to type as “Buzz” Aldrin, always offering some sort of snarky comment when situations go sour. Claire Foy (The Crown) as Armstrong’s wife, Janet, earned her pivotal moments when questioning whether or not her husband will return from the mission or not. And watch out when she’s ready to lock horns with those NASA boys midway through the film. It’s just not NASA either. Forcing her husband to explain the potential consequences of the Apollo 11 mission to their children is equally one of her standout moments.

First Man does its function as a character study for a man who wanted to make history in the name of exploration rather than notoriety. While there is some sense of coldness and disconnect, the stars might be a bit far away in this visually appealing endeavor.