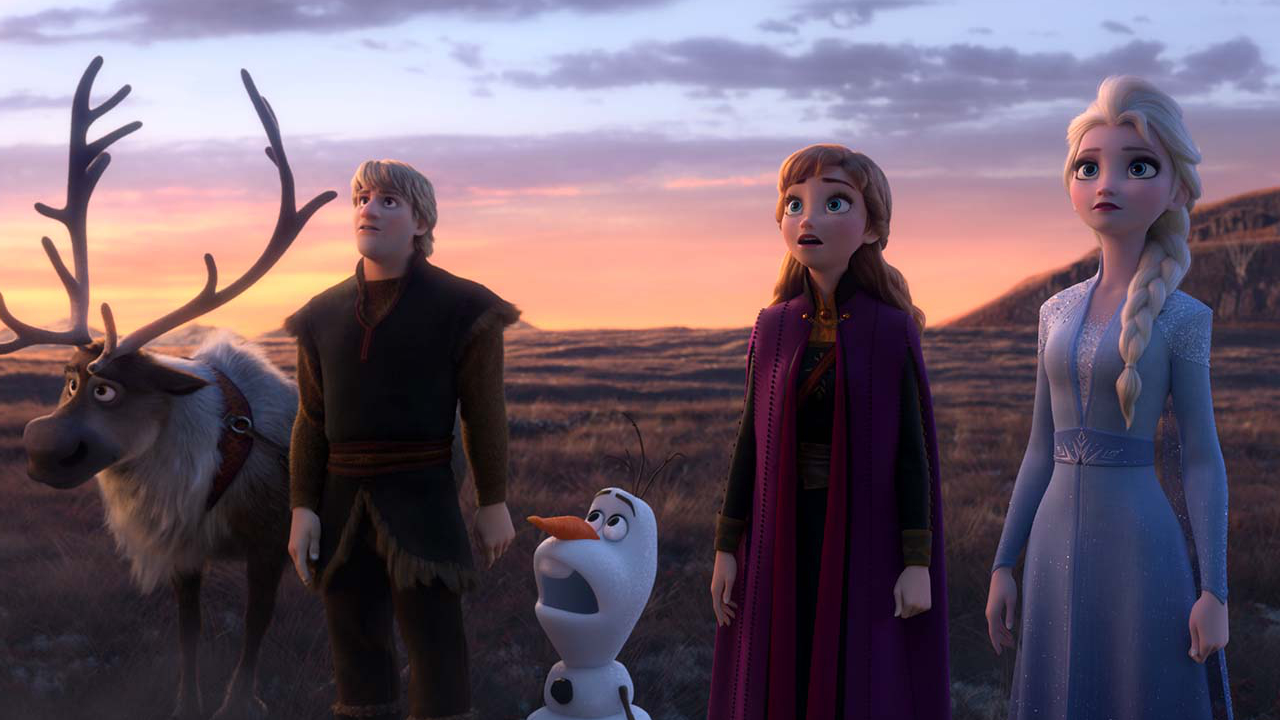 Disney’s ‘Frozen II’ Only Ventures So Far Into the Unknown

No one could have anticipated the phenomenon that was Disney’s Frozen. The second “Disney Renaissance” was in full gear by 2013. Still, we still hadn’t reached the near-impossible heights of Beauty and the Beast, Aladdin or The Lion King. With Frozen, there was a magic we just couldn’t let go of. That still resonates six years later as audiences eagerly reunite with Elsa, Anna and Olaf in the animated follow-up, Frozen II.

Set three years after the first film, Frozen II ventures back to the kingdom of Arendelle. Not much has really happened there since the Frozen Fever and Olaf’s Frozen Adventure shorts. That is, until Elsa (voiced by Idina Menzel) hears a mysterious voice in the wind. It calls her to a nearby enchanted forest. The forest holds the key to the past and potentially threatens the future of her kingdom. Her sister Anna (voiced by Kristen Bell), Anna’s boyfriend Kristoff (voiced by Jonathan Groff), Olaf the snowman sidekick (voiced by Josh Gad) and Sven the reindeer join her in this latest quest up north.

Besides its Pixar franchises, it’s a rarity to see an animated Disney sequel on the big screen. Last year’s Ralph Breaks the Internet bucked that age-old trend. Let’s face it. The Wreck-It Ralph sequel certainly paled in comparison to its 2012 predecessor. Frozen II doesn’t drop off as hard. Though, it’s just not on the same level of the first film. In many ways, Frozen II evolves with its audience, offering a bleaker second offering. Younger audiences who watched Frozen back in 2013 are now six years older. So yes, there is that The Empire Strikes Back darker sequel mentality in place. At the same time, we’re retreading with our beloved characters, particularly Idina Menzel’s Elsa. Instead of coming to terms with her magical ice powers, Elsa is forced to confront her ambiguous past.

There’s not much room for the rest of the gang to evolve either. Anna’s still the voice of reason, trying to curb Elsa’s recklessness at times. Kristoff spends the majority of Frozen II, questioning how he’s going to propose to Anna. One take even breaks out into an 80s rock ballad. Josh Gad still has a handful of entertaining moments as Olaf. There are times when the sentient snowman is endearingly annoying. Some of that is forgiven towards the finale. New characters such as Lieutenant Mattias (voiced by Sterling K. Brown) and tribe leader Yelana (voiced by Martha Plimpton) are simply there. There’s hardly any urgency in fleshing out these additions to the franchise.

While Frozen II comes up slightly short in its narrative, it’s still breathtaking to behold. Visuals have improved immensely since 2013. Frozen was already a visual spectacle in its own right. Elsa’s ice castle creation anyone? However, Frozen II certainly climbs to new heights in the technical department. Perhaps the greatest triumph coming out of Frozen II is its fine-tuned soundtrack. Yes, “Let It Go” was played to death in 2013 and 2014. But there was no doubt in anyone’s mind that it was “the song.” The sequel matches that with “Into the Unknown,” performed by Menzel and Norwegian singer, AURORA. “Into the Unknown” is an equally addicting tune and one of the year’s best songs. “Some Things Never Change,” sung by Menzel, Bell, Groff and Gad, is a charming reunion with the cast. And Menzel doubles down with “Show Yourself” in the latter portion of the film. Songwriters Robert Lopez and Kristen Anderson-Lopez have done it again.

Frozen II doesn’t exactly capture lightning in a bottle a second time. Its lukewarm, yet mature fairy-tale isn’t as inspired as its stellar soundtrack. However, it’s an adequate enough reunion with Elsa and company.