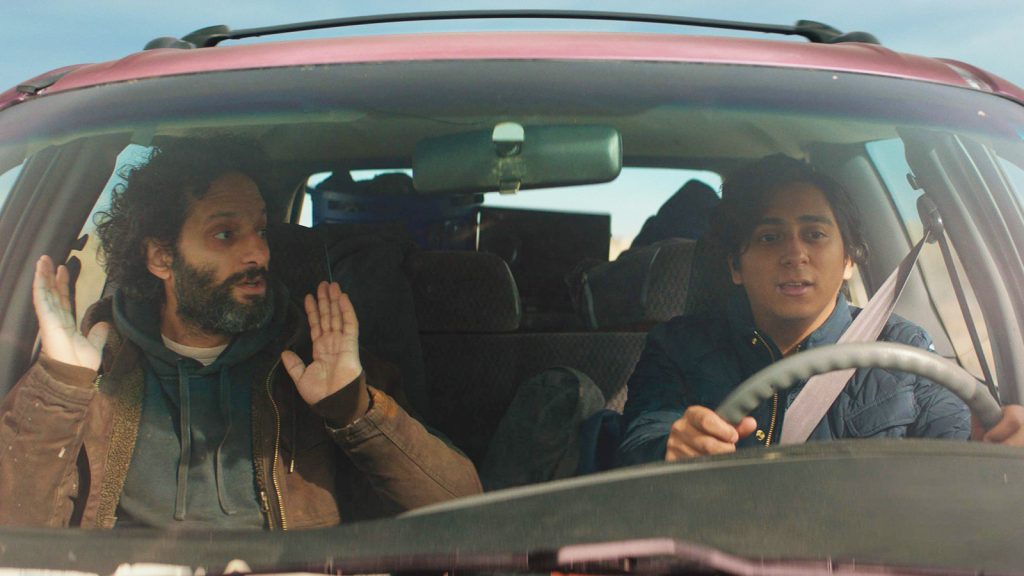 Playing into a familiar setup for a comedy only goes so far, depending on who is involved. This is most importantly a factor when it comes to casting. The Long Dumb Road is a road trip movie with a mismatched pair. Think Planes, Trains, and Automobiles, Tommy Boy, Scarecrow, or whatever other film comes to mind when thinking about two actors stuck together on a journey across America (actually, lets seriously think more about Scarecrow, as it’s quite the unheralded film). Whatever comes out of this line of thinking, just note The Long Dumb Road as one of those films that can hold together because of the sheer enthusiasm of the performers, most notably Jason Mantzoukas.

Let me put a lot more focus on Mantzoukas for a bit. He’s a force of comedy known for popping up in recurring guest roles on various sitcoms, supporting parts in features, and co-hosting and chiming in on a few popular comedy podcasts. His efforts as a comedian with a specialty in improvisation make him a constant joy to watch, as Mantzoukas brings a sort of child-like glee to everything, even if some of his sense of humor tends to lean on the crude side of things. It’s the energy level that counts. While I tend to lament the nature of modern comedies that seem to rely on directors just letting their actors go, extending scenes far past a time that is necessary, I’m generally happy watching Mantzoukas go all in on whatever premise he’s involved with.

The Long Dumb Road is a real chance for him to shine in a leading role. He played second fiddle to Sacha Baron Cohen in The Dictator, and was the third lead in The House, alongside Will Ferrell and Amy Poehler, but here’s a movie that holds together because of his involvement. The film, as a whole, may have little to offer beyond some good yucks, but if the chance is there for producers to realize how great a presence Mantzoukas can be, I can only hope it is seized upon and even challenged to see whatever depths he may be capable of. 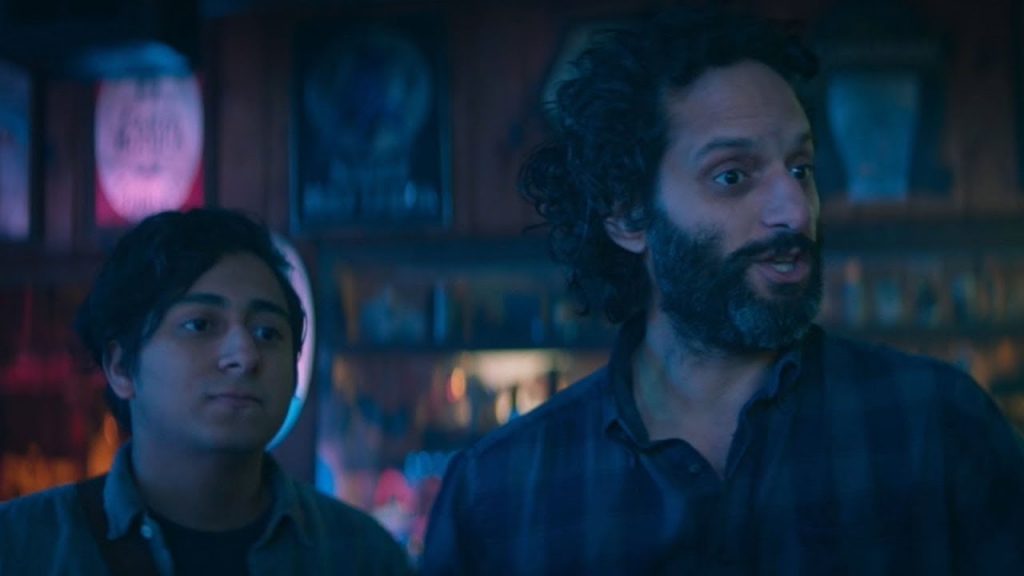 Plot-wise, The Long Dumb Road is very straight-forward. The film opens with Nathan (Tony Revolori) heading off to college by himself in his parents’ van. The van breaks down somewhere between Texas and his destination, Los Angeles. As if it were fated, Mantzoukas’ Richard, a mechanic, happens upon Nathan, fixes the van, and asks if he can get a ride into the next town. For various reasons, the two are forced to stay together, getting into various hijinks, as they make their way across the American southwest.

Perhaps I’m taking too much of what the film offers for granted. While the enjoyment in The Long Dumb Road comes from seeing the chemistry take shape between Nathan and Richard, as Revolori attempts to keep up with Mantzoukas’ constant riffing (which rarely stops being entertaining), some good themes do crop up. This is, essentially, the story of a young man becoming an adult and experiencing life outside of his shell for the first time. As such, Richard is not the best role model, but he’s a wild guide that helps bring life to his young pal. One can also speak to the importance of friendship and not letting good opportunities slip by. Easy enough concepts, sure, but the likability of the film goes a long way in making this stuff resonate.

Of course, the film is also held together by the different situations Richard and Nathan encounter, which also allows for a variety of supporting characters to enter the frame. Ron Livingston, Casey Wilson, Taissa Farmiga, Grace Gummer, and Pamela Reed, among others, all have a little to offer in their moments. It allows for fights, excitement, arguments, and other scenarios to take place and provide a break between the conversations and bickering involving our two main stars. 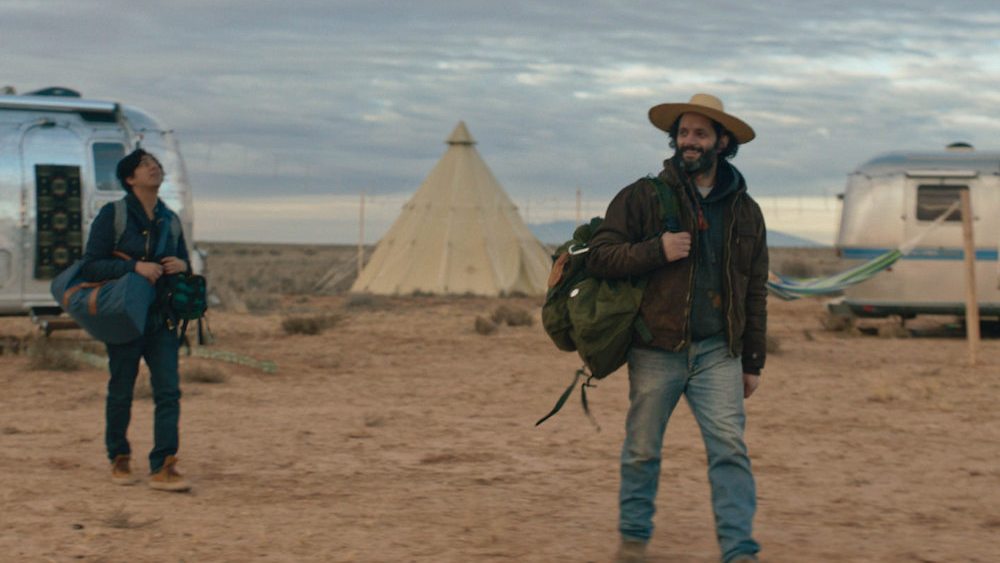 Co-writer/director Hannah Fidell does enough with the material and locations to make for a good-looking feature. At 90 minutes, there’s rarely any downtime that isn’t made up for by sight gags, one-liners, or whatever else is needed to keep this road movie on its wheels. The only qualm will come down to just how funny the film is. If one isn’t into the manic nature of Mantzoukas or finds little to take in from two people who have to walk the line between friends and foes, The Long Dumb Road could be a long, bland bore.

All that in mind, I was never put off by the film. I like Mantzoukas and Revolori, and I wanted to laugh. This film satisfied that desire. For a little movie that will likely get more play on TV and various streaming services, so people can best watch from the comfort of their own homes, The Long Dumb Road provides enough entertainment to keep up the spirit of someone looking to smile. It may be slight, and the story may be familiar, but giving the time for a comedic performer to shine can go a long way in delighting many. 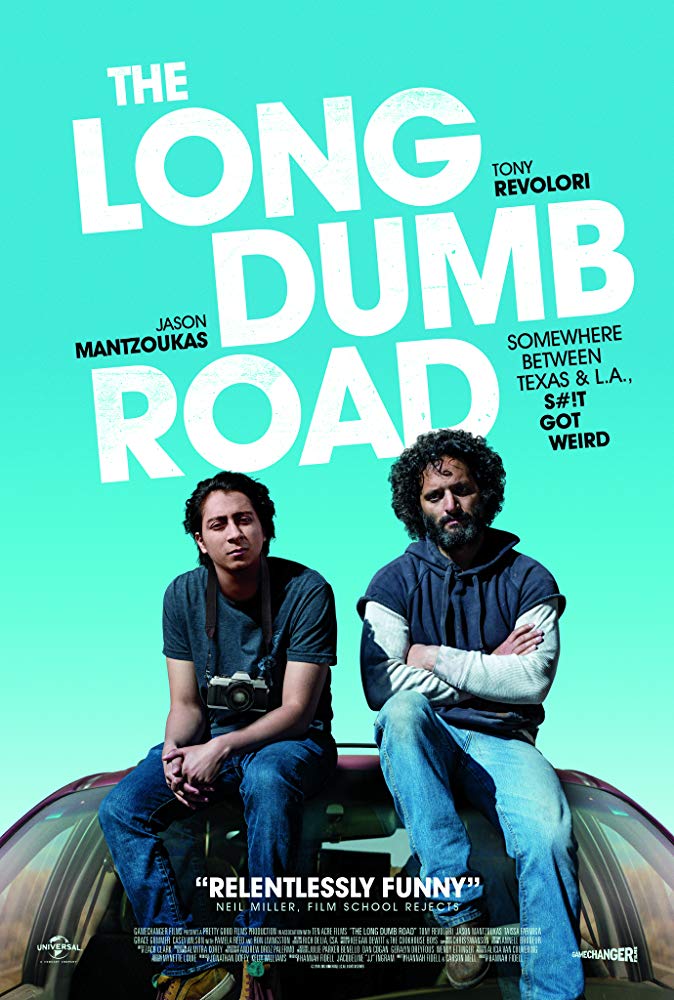