Annihilation is hard to pin down. There is a lot going on in the film – intellectually, spiritually, metaphysically, on a molecular level. It’s also pretty terrifying. Honestly, it’s one of those films you need to experience for yourself to find out which side you fall on. Does it resonate, completely confuse or just turn you off?

For me, it’s a combination. It’s both thought-provoking, visually alerting and a little too weird for weird sake. Based on the equally strange novel by Jeff Vandermeer, the film follows the events after some unknown energy source strikes a lighthouse in a swampland in the US. It creates a force field of sorts called The Shimmer, which looks like a giant bubble, and continues to expand covering more land mass daily. The government sets up shop just outside the perimeters of it, trying to ascertain what it is, and sending in military teams to investigate. These teams, however, never return.

Except for one member, Kane (Oscar Isaac), who shows up at the home he shares with his biologist wife, Lena (Natalie Portman), after being missing and presumed dead for 12 months. But Kane isn’t himself and soon falls into a coma, as his internal organs begin to fail. Desperate to know what happened to her husband, Lena is taken to the government installation and introduced to the Shimmer. 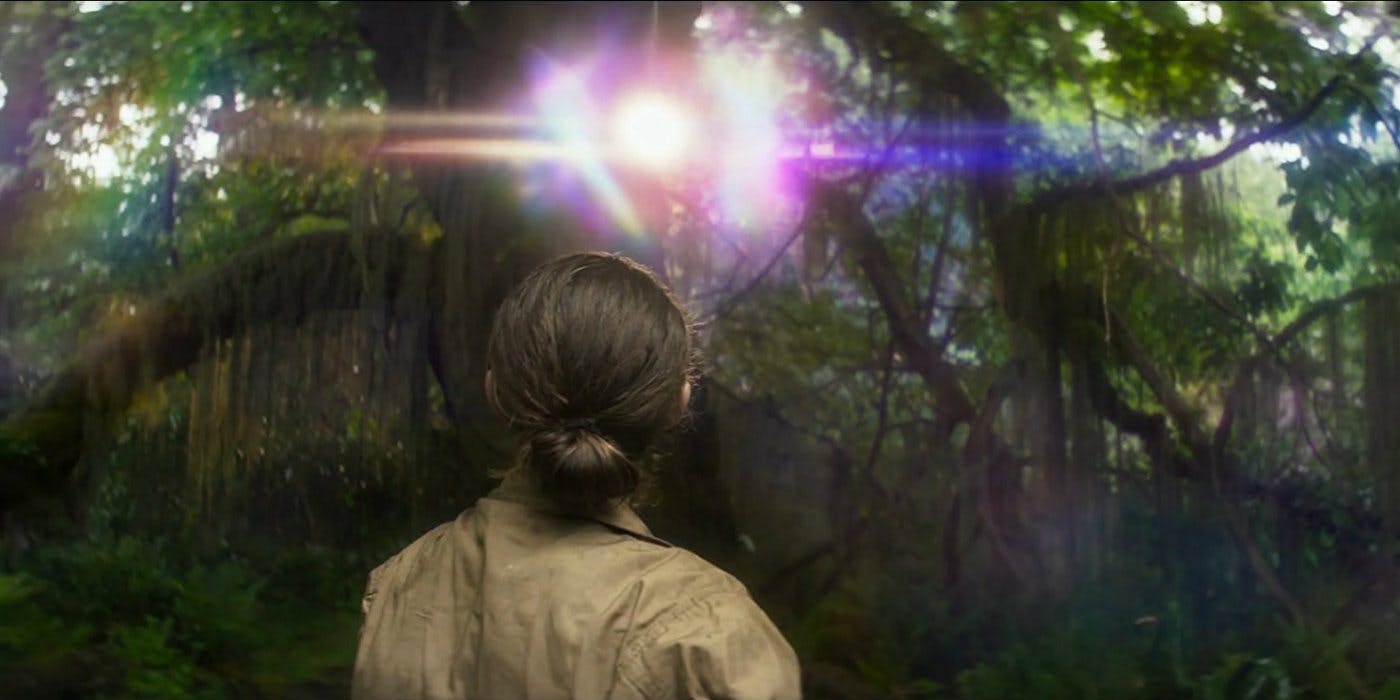 She eventually joins the next expedition team to go in, this time consisting of scientists. There’s Dr. Ventress (Jennifer Jason Leigh), a psychologist; Cass Sheppard (Tuva Novotny), who studies magnetic fields; Anya Thorensen (Gina Rodriguez), a paramedic; and physicist Josie Radek (Tessa Thompson). Their mission is to find the source, analyze and bring back data. All Lena wants to do, however, is find a way to save her husband, which she keeps secret from the others.

Almost immediately upon entering, they lose time and begin to see all the strange, beautiful – and ultimately quite deadly – consequences the Shimmer has had on the local flora and fauna. It also starts to infect the women in ways that are unique to each of them. We find out they’ve all been damaged in some way, and their perspectives, paranoia, and self-destructive tendencies are only heightened in this strange place.

The strong female cast is all terrific. Portman plays tortured better than most, but she’s also the reactionary character. We see all through her lens for the most part, which allows some of the other actresses to shine in their roles. Leigh is particularly compelling as the subdued Ventress, who also has other ulterior motives for the mission. Also good is Rodriguez, who’ll make you completely forgot she plays Jane the Virgin. And while Thompson isn’t quite as fierce as she was in Thor: Ragnarok, her character Josie has one of the more profound reactions to how the Shimmer has affected her. 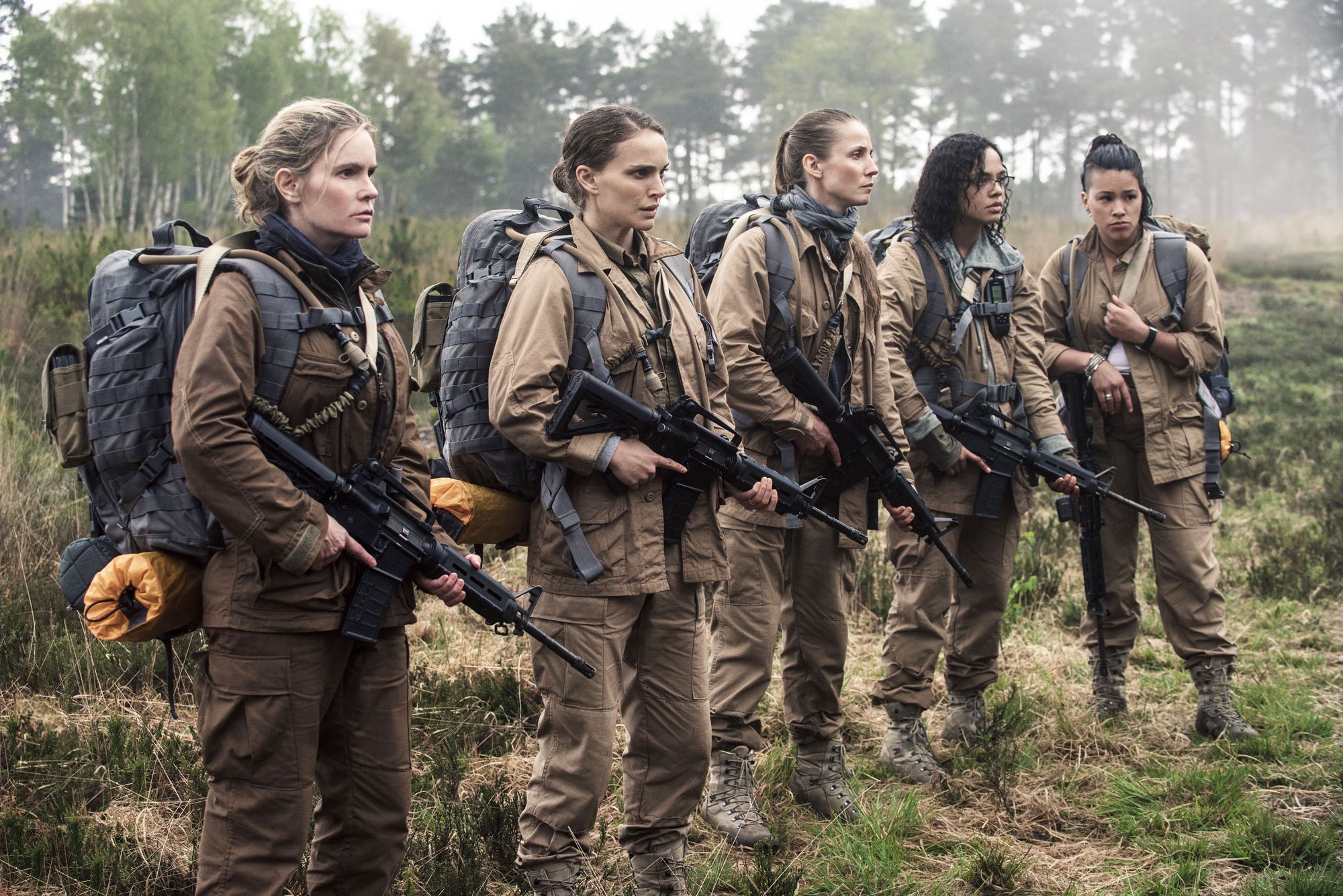 Annihilation is actually refreshing in that it doesn’t follow any one kind of formula. At times, it’s a tense thriller with terrible dangers lurking around every bend, and then it seems to be a study on human behavior, on how different people react to different obstacles. It’s also pure science fiction, as the unknown source becomes more apparent. Writer/director Alex Garland, who gave us another superb psychological thriller Ex Machina, truly stimulates the brain by keeping us off guard and wowing us with some stunning visuals. The Shimmer is indeed a weird, gorgeous, whacked version of Alice’s Wonderland.

However, Garland doesn’t seem to care much about a cohesive narrative. There are a clear beginning and end, but the stuff in the middle meanders at times. The film is never boring or non-sequitur. You are thoroughly engaged but there are moments that simply confound you. At one point, I was sitting there thinking that the movie suddenly became a weird cross between 2001: A Space Odyssey and Invasion of the Body Snatchers, and at any time, Portman would utter, “It’s full of stars!” Unfortunately, watching this bizarre sequence took me out of the mind-bending vibe I was in, and it was hard to get it back – but it did.

The ending is fascinating, and upon further reflection, I feel like it emphasizes the whole general idea of the film, which is if something alien invades our world, morphing and changing it at its base functions to maybe something more enlightened, is that a bad thing? Or do we fight to preserve our Earth and humanity as it is? Hmmm. Annihilation will be an acquired taste, and it should start some conversations. 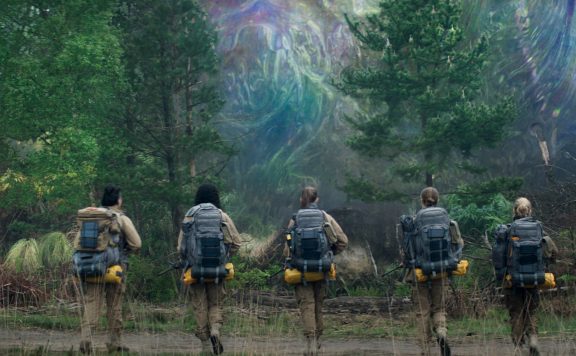