What is the expectation for a viewer stepping into a Godzilla movie in 2019? While I was thrilled with the gradual build-up provided by Gareth Edwards’ 2014 American relaunch of the classic kaiju, others decried the minimal presence of the title monster. Godzilla: King of the Monsters feels like a direct response. With a desire to deliver monster battles on an enormous scale, this latest entry in the longest-running movie franchise of all time (35 films and counting) has a mind on fulfilling the expectations of those wanting a more explicit reminder of the wackier days of the Godzilla series. This includes attempts to hold the film together with a story attempting to make sense of it all, though it may not be the most crucial aspect when watching titans tearing it up (preferably on an IMAX screen).

Getting into the plot is a comical task. Understandably, a modern audience seems more concerned with rooting out issues and things misconceived as plot holes than merely engaging with nonsense now and again. For every superhero film and action spectacular that receives praise, plenty of folks feel concerned with making a note of what doesn’t make sense in a movie about superpowered folk, gunfighters, time travelers, and even giant monster movies.  So, what can I say about the story in Godzilla: King of the Monsters?

This series includes stories involving nuclear accidents, space invaders, time travel, assassins, international spies, evil pollution monsters, the construction of a robotic Godzilla to go toe to toe with the original, sacred creatures watched over by magic fairies, and a theme park modeled after the very beast that has caused so much destruction. King of the Monsters is no less restrained when you sum it all up. It concerns the efforts of the crypto-zoological group, Monarch, to contain the increasing number of gigantic monsters surfacing around the globe. An eco-terrorist (Charles Dance) with another agenda on his mind gets involved, resulting in the release of Ghidorah, the three-headed monster, and a rival alpha that can challenge Godzilla, the peacekeeper. 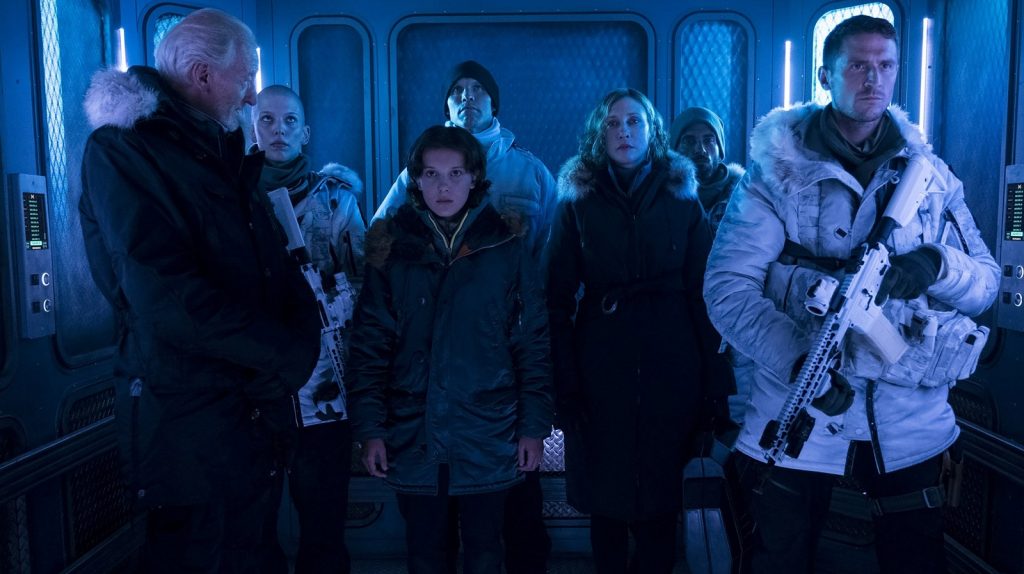 The story is nuts. That’s what a Godzilla movie tends to be. You can look through the 60s/70s films in particular and see the filmmakers leaning into the ridiculous, but you can also see the attempts to maintain a specific tone. The 80s/90s films played a different angle, choosing to be on board with a higher level of seriousness, despite the crazy monster battles that surrounded the cast. King of the Monsters feels like that middle era (the Heisei period), as it’s doing its best to treat these giant monsters like the threats found in disaster movies. It’s not about action heroics, as the big beasts do all the fighting. Instead, you have a bunch of scientists doing whatever they can to hold onto a workable tone for the film that helps it feel thought out and fun.

Does all of this really matter if you are simply looking for giant monster battles? Try as he might, director and co-writer Michael Dougherty does little to hide his reverence for these classic kaiju creatures. Already having worked with monsters on a smaller scale in horror comedies Trick ‘r Treat and Krampus, King of the Monsters challenges him to think big, and Dougherty delivers.

If you have concerns for the effectiveness of leads Kyle Chandler, Vera Farmiga, and Millie Bobby Brown as a family at odds with each other over what actions to take concerning these monsters, the material is there, and the actors are good enough to handle it, however shallow the characters may seem. Dougherty and co-writer Zach Shields understand this too, which is why the cast is stacked with recognizable and effective co-stars, including Bradley Whitford, Zhang Ziyi, Thomas Middleditch, O’Shea Jackson Jr., Aisha Hinds, and a returning Sally Hawkins & Ken Watanabe. It’s the kind of cast that has enough presence without being there to overshadow what matters, the incredible monster fights.

As a fan of the Godzilla franchise, the idea of seeing not only Godzilla, but Mothra, Rodan, and King Ghidorah brought to life in 2019, is unbelievable. Turning these kaiju that have primarily been seen as puppets and practical rubber suits wrestling each other into intimidating visual effects-driven monsters is a wild sight to behold. Everyone has their favorites, but I was particularly impressed with the work done with Ghidorah. What was once a wacky three-headed puppet is now a real menace, where the heads have distinct personalities, and the immense size makes me consider the gargantuan effect it has on everything around it.

With a more standard summer movie approach relying on characters shouting exposition in between action sequences that arrive every twenty minutes, great depth is not so much a concern here. Even the climate change subtext that was a part of the Spielbergian approach to 2014’s Godzilla is called out much more directly (and yes, I want to see a Ghidorah-Godzilla-Thanos three-way brawl). We’re a long way from the deliberately haunting tone of the original 1954 film that found director Ishiro Honda using Godzilla as a metaphor for the horrors of nuclear fallout. However, that’s not to say this film is failing to live up to the legacy of this series. 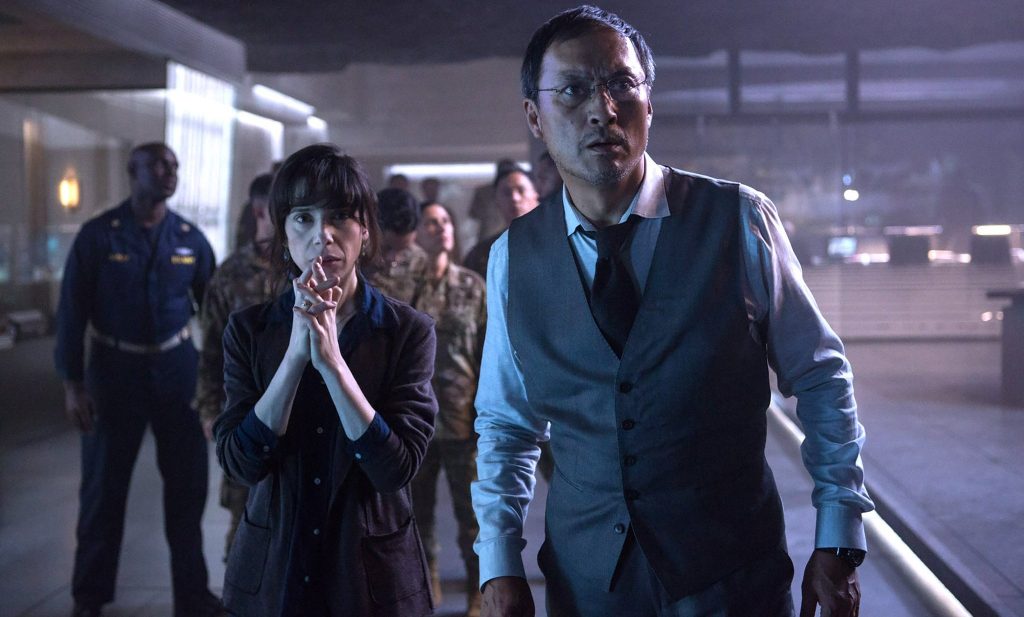 What King of the Monsters may lack in graceful approach to parables, it makes up for in the artistry of what a giant monster movie can offer. Lawrence Sher’s cinematography finds real beauty in how to put these massive beasts on display. Wide shots portray these creatures as if they were once a part of some warped version of a Rembrandt painting. Striking color contrasts pave the way for audiences to have a terrific visual understanding of these creatures. Bear McCreary’s score is suitably playing to the scale of this film, mixing in touches of the original compositions by Akira Ifukube whenever he sees fit. For a film that fits as the literal biggest event of the summer, the effort in production is presented ever so clearly.

Godzilla: King of the Monsters is big and bold in its choices. It delivers the monster battles you want to see on a huge screen while supplying a story ridiculous and straightforward enough to have fun with in between the visual effects mayhem. Even in its broad attempts to go poignant, there’s effort put in by the cast to maintain a proper tone. How else can you explain the commitment Ken Watanabe brings when staring eye to eye with Godzilla or the ethereal bonding seen between Zhang Ziyi and Mothra? This film knows what it is, as Dougherty and his team have done what is needed to bring on a giant monster movie that’s as chaotic as it is fun. The expectation for a viewer: Let them fight. 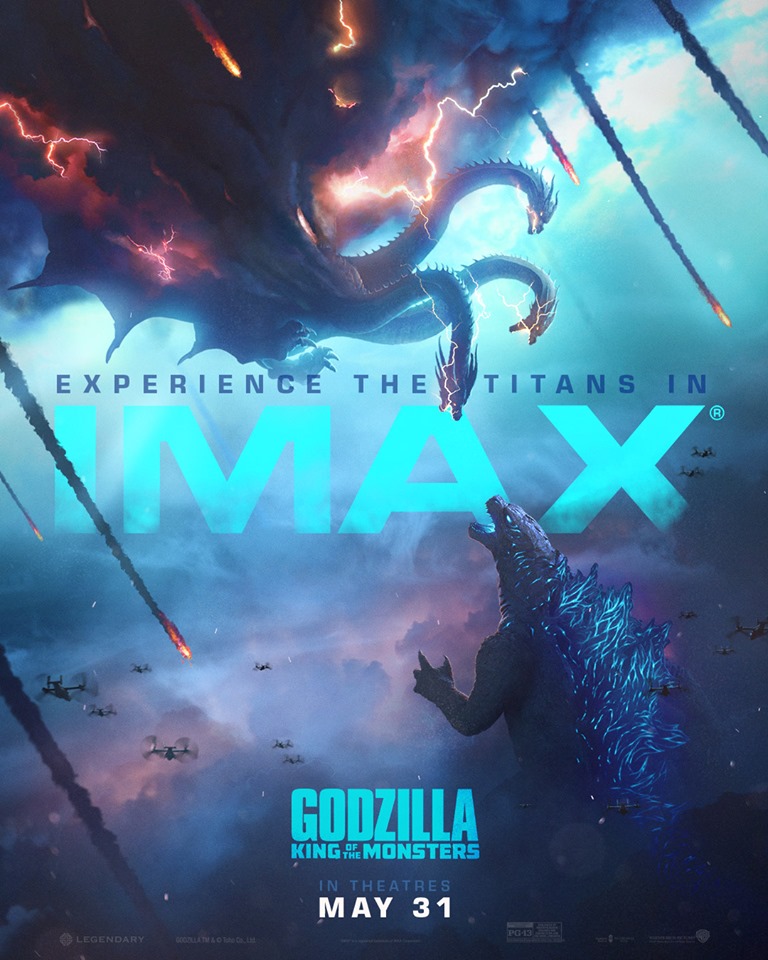 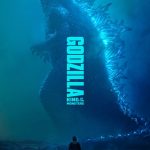 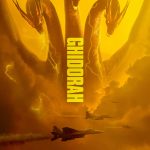 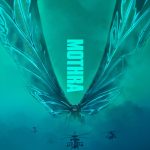 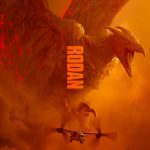 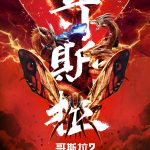 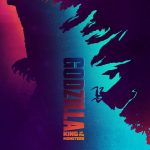 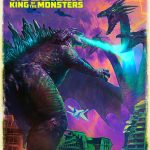 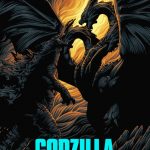 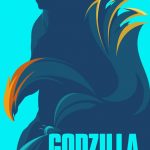 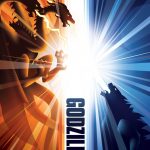 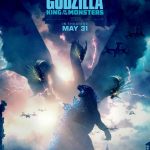 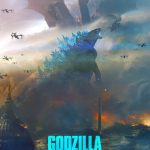 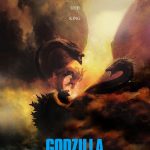 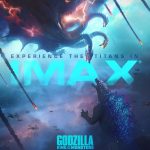 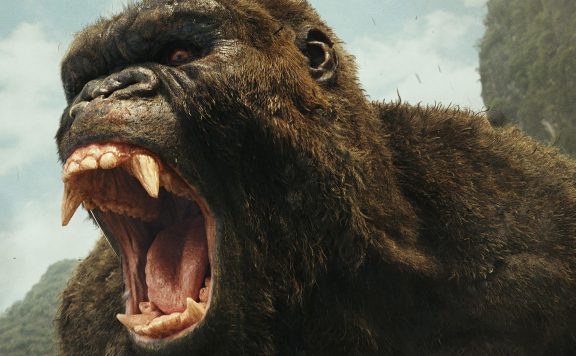