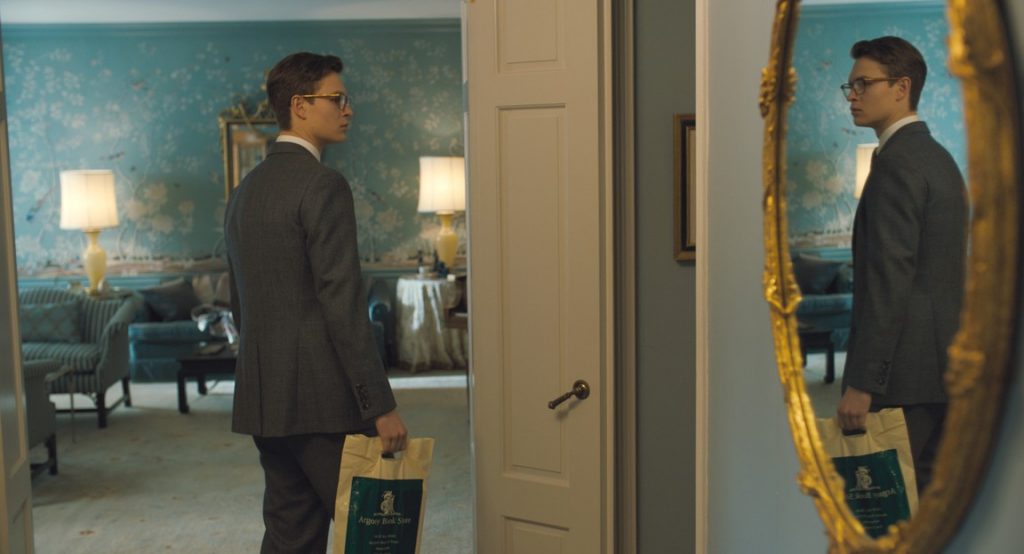 For a film centering on the way a famous piece of art ties into the life of a lost young man, it should be no surprise to find so much stunning detail in the presentation of The Goldfinch. It’s a shame this sprawling drama has been assembled in such a protracted and uncompelling manner. Adapted from Donna Tartt’s Pulitzer Prize-winning novel, it’s one thing to find a way to turn a 750+ page book into a 150-minute movie, but to do so and have it all feel so empty is an accomplishment in and of itself, were it not for the disillusion that comes from spending so much time to gain so little. Yes, it’s a well-shot film, but there’s also a reason the term “Oscar bait” exists.

Spanning multiple time periods, we follow the story of Theo Decker, played by Oakes Fegley as a young teenager, and Ansel Elgort as a young man. Despite shifting around in time, we learn Theo’s mother was killed in a bombing at the Metropolitan Museum of Art in New York. Theo was there as well, survived the ordeal, and came into the possession of Carel Fabritius’ famous painting, “The Goldfinch.”

That sort of set up could suggest many directions for this story to go, and screenwriter Peter Straughan apparently took Tartt’s text and said, “Let’s do all of them.” So, with director John Crowley (Brooklyn) at the helm, here’s a movie that manages to incorporate lost love, estranged parents, friendship drama, drug abuse, con artists, blackmail, international black-market art deals, and shootouts with Eurotrash. Perhaps that could be more suited for a lengthy novel, let alone an HBO miniseries, but The Goldfinch not only takes on this story as a challenge but seemingly does everything it can to rob it of any emotional value that goes beyond the surface. 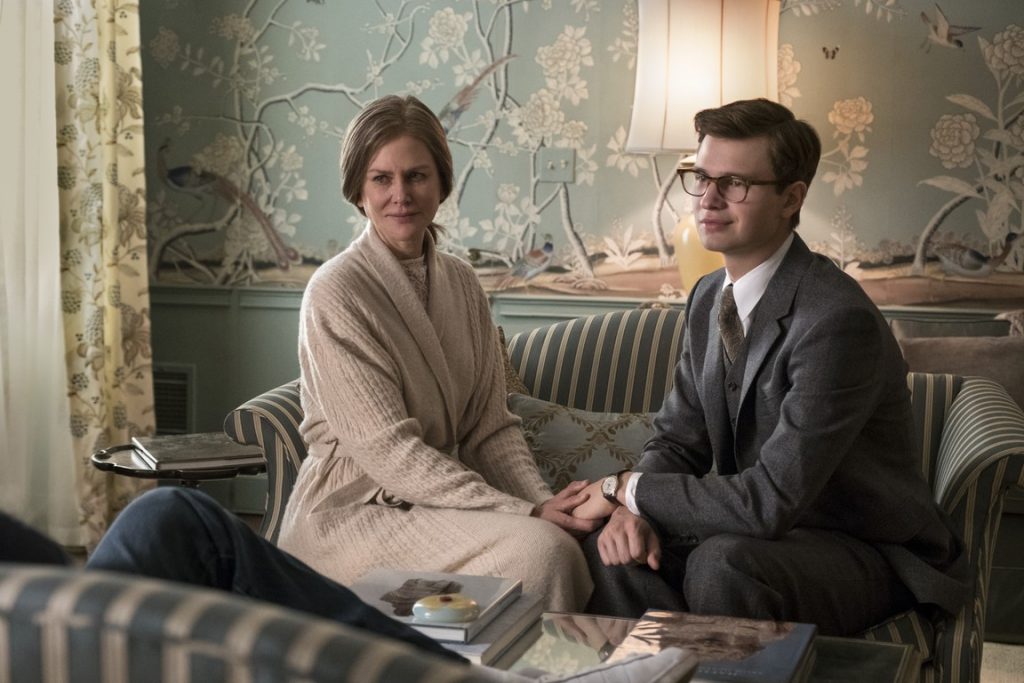 It is easy to feel sad for a character crying on screen over the loss of a loved one, or feel engaged by the material thanks to the timely drop of not one, but two Radiohead songs. Making a story and its characters feel more significant comes with having a handle on what is trying to be said about the situations Theo finds himself in. I can’t say I really know where Theo stands in all of this.

It’s not a problem of Elgort or Fegley, the two actors do enough to portray a lost soul. At a young age, we find Theo dealing with his issues by acclimating well enough to his environments. It starts out well with his presence in the home of the Barbours, attaching to a new maternal figure (Nicole Kidman, offering a reliable, understated performance). Things take a turn when Theo is forced to move to Las Vegas with his alcoholic father, Larry (Luke Wilson), and his girlfriend Xandra (Sara Paulson). These two are more like cartoon characters than actual people, but The Goldfinch only knows how to hammer down on themes, rather than explore them.

The Elgort portions of the film offer a different sort of obviousness, as romantic melodrama becomes a primary focus (when the film isn’t dealing with disgruntled art dealers). Still, there’s something to Elgort’s assumed persona of a man who presents himself in dapper fashion but holds onto a facial expression where trust is in the eye of the beholder. That in mind, Theo and the film manage to get bogged down by overdone theatrics concerning romantic entanglements, as well as the reappearance of a Ukrainian friend. 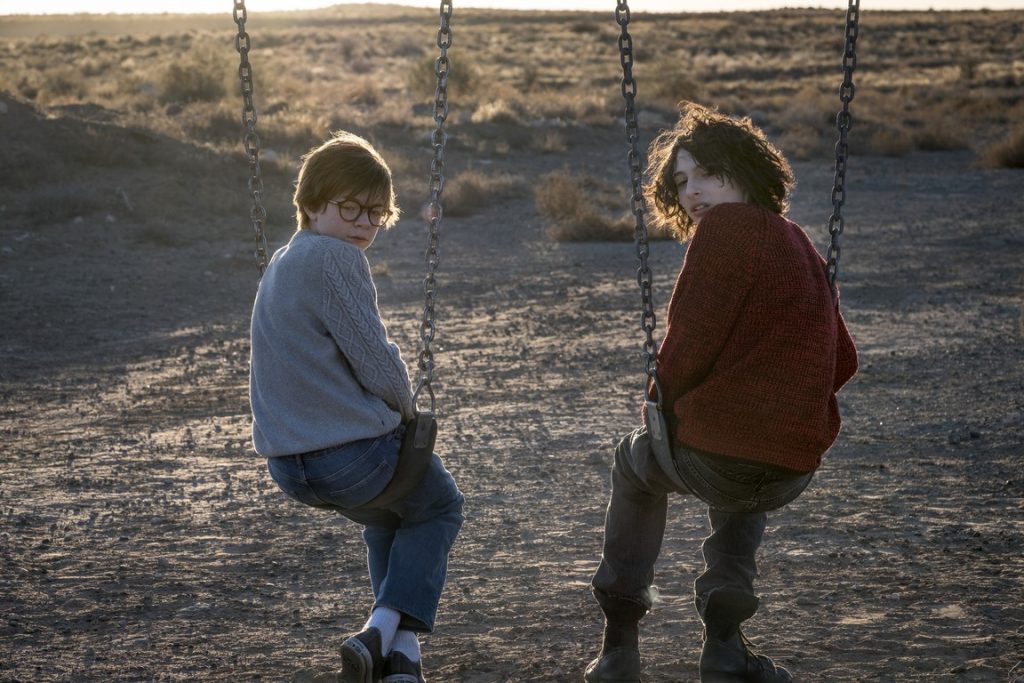 Played in the past by an overdoing it Finn Wolfhard, and in the present by Aneurin Barnard, the Boris character is the sort of wild card that should be a lot of fun when he’s on-screen. He makes the sort of choices a viewer is aware will be no good for Theo, but amp up the drive to see motivation in these characters to sort their dilemmas out. Unfortunately, this comes into contrast with actors who could use more time to become fully-formed, such as Jeffrey Wright’s Hobie, an artist, and antique dealer, or the various female characters (Ashleigh Cummings and Willa Fitzgerald) who are given little dimension beyond “Theo is interested in them.”

Beyond a few performances, the other bright spot in this film clearly comes in the form of Roger Deakins fantastic cinematography. The choice to bathe many scenes in golden light did not go unnoticed, nor the scenes that felt purposefully cold. It was essential to have “The Goldfinch” loom over Theo in a variety of visual ways, and I appreciated how it was pushed into and out of his life in this manner. Outside of color schemes, however, there’s a lot to admire in the way Deakins  presents these characters, what choices are made to help convey the emotion of a scene, and other elements that speak to why he and Crowley appeared to have done the most with a script content to lay so much on the table, with little regard for how captivating it all is.

The Goldfinch ends up feeling like a miscalculation in a variety of ways. It plays very broad with a story that could use more focus and reliance on intimacy. Instead of feeling for Theo’s struggles, it is as if someone decided to put forward a modern Dickensian tale and make all of the least interesting choices. I know little about how to analyze portrait art, but I can say the glimpses of Fabritius actual “Goldfinch” showed far more dimension than what I felt with this film. 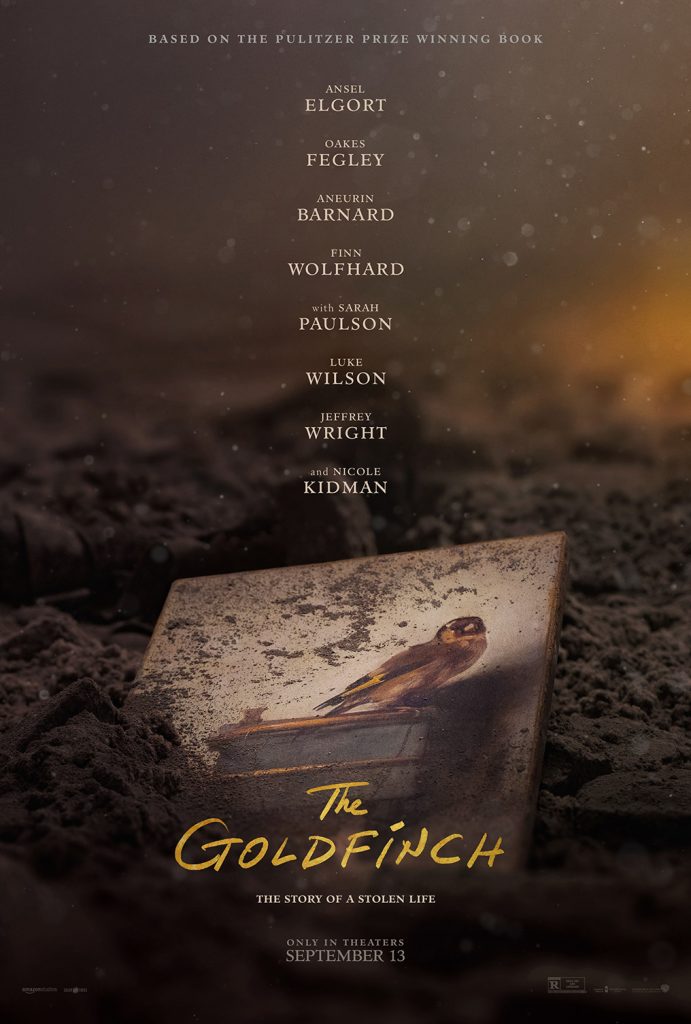