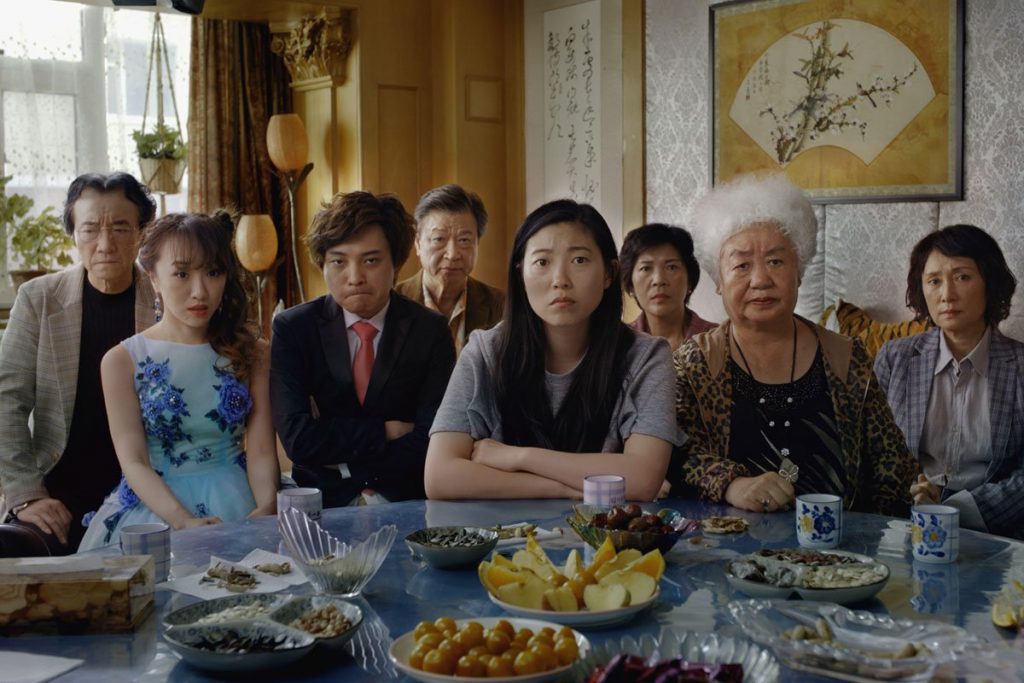 I find people who handle death well to be lucky. As one who doesn’t tend to handle this sort of thing well, there’s something to be said for those holding onto a level of composure during such difficult times. The Farewell is a film about how people handle trauma. Specifically, the film tackles a common occurrence in China to avoid the discussion of death altogether, sparing relatives and friends from bad news. The film is based on a true story (or a “true lie” as the tagline indicates) writer/director Lulu Wang developed off of her own concerning her family. With a naturalistic approach and assured performances from all involved, it’s one of the finest family comedy-dramas to come along in some time.

While told mainly from the perspective of Billi, a Chinese-American woman played by Awkwafina, the most important character is her grandmother (a superb Zhao Shuzhen), referred to affectionately as Nai Nai. Nai Nai has been diagnosed with lung cancer and has only a few more months to live. Her family has no intention of telling her. Billi does not understand this, but flies to China, along with her parents (Tzi Ma and Diana Lin), to be with Nai Nia, under the guise that everyone is celebrating the wedding of Billi’s cousin.

It is clear what Nai Nai represents when we meet her. She is a sweet, older lady who takes pride in her family, while also leading the charge when it comes to making the big decisions. She’s the head of the household, and domineering when it comes to planning (made evident thanks to the impending wedding). She’s also continuously active. Nai Nai begins every morning with exercise, which includes pushing out her arms while making loud yells. Is this effective? She certainly seems pure and free of toxins. 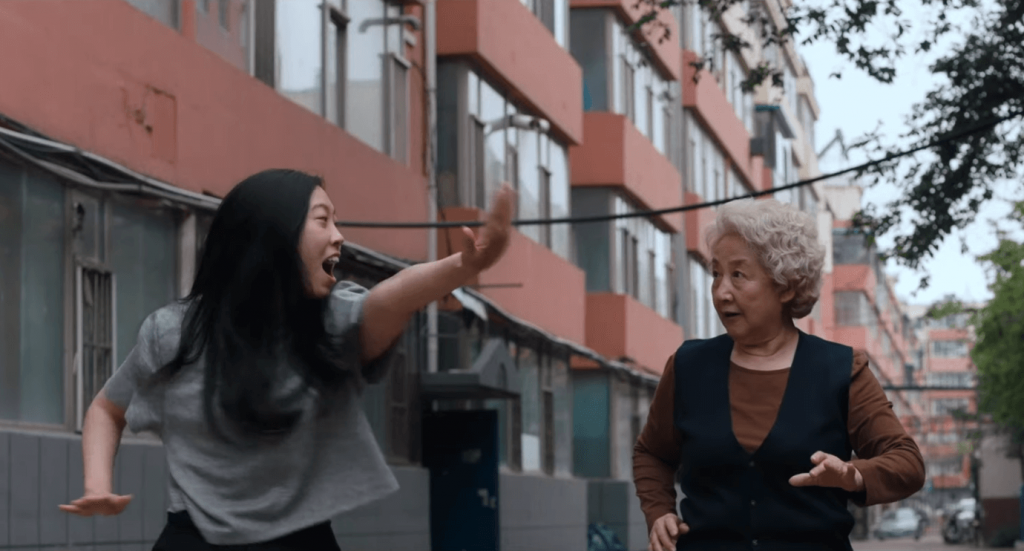 Part of the joy in The Farewell comes from Wang’s efforts to make the film feel as human as possible. This means the material is not, in any way, melodramatic as it would be in any number of major Hollywood productions (…ahem, The Judge). Instead, plenty of humor can come through, thanks to the predicament Billi and the rest of the family find themselves in. The mood is bittersweet, but we are never drowning in sadness. Instead, The Farewell comfortably finds a way of moving its way through the perspectives of the various family members.

Billi is the most skeptical, of course, but Wang wisely doesn’t try to have the film side with her perspective. Her father’s guilt over the situation is effectively played up, while her mother contends with the looming threat of death set against years of past grudges held towards her mother-in-law. Billi’s cousin and his fiancé are humorously short on words any chance they get. The rest of the family are too familiar with this approach to pay much mind, focusing more on maintaining the secret and either preparing for the wedding or the numerous family dinners we see.

If there’s one thing I did not expect, it was how hungry I was going to end up feeling, as I watched this story unfold. Not uncommon with family-based films, as an easy way to get everyone together is over a meal. Still, The Farewell understands how to use these scenes as an entry point in understanding the complicated family dynamics between those living in China and those who immigrated. Even then, it doesn’t mean the film requires extended family arguments that elevate into anything vicious (fittingly, this is the first film distributed by A24 to be given a PG rating). 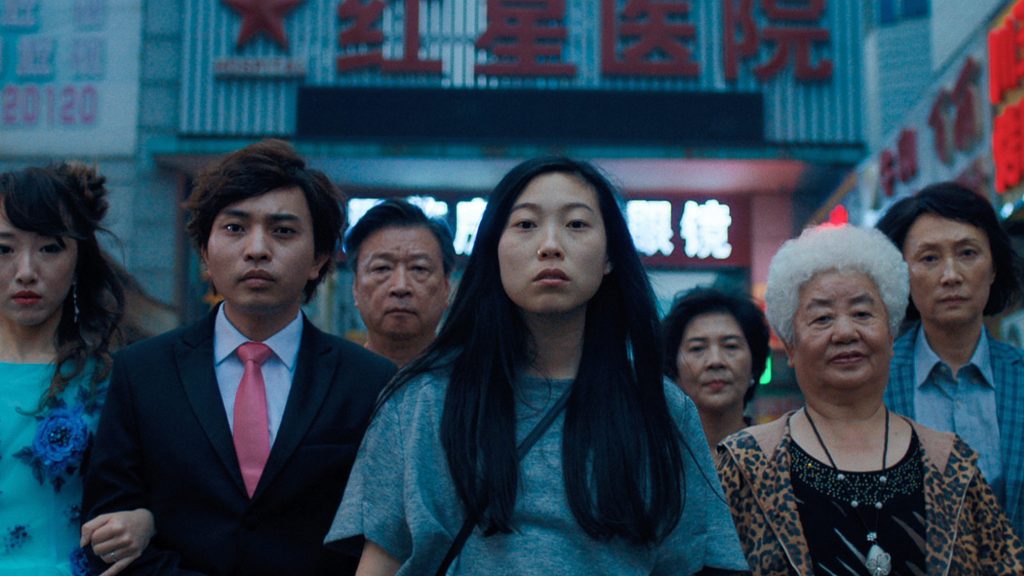 Hanging scenes on quiet moments, and letting personal philosophies inform these characters, Wang doesn’t allow The Farewell to rely on big plot swerves to solve any problems. Some confessions come up, but in a time of muted crisis, these realizations are inevitable. Within all of this, with a solid supporting cast doing what’s needed, Awkwafina delivers an excellent against-type performance.

Having broken out in 2018 with Crazy Rich Asians and Ocean’s 8, the dialed-down character of Billi is not without a sense of humor, largely coming to life in her scenes with Nai Nai. Still, between her awkward handle on the Mandarin language and pained expressions, while speaking about her abrupt move to America, there’s introspection that comes from a director and actor trusting in what they are putting together. As a result, it makes The Farewell feel all the more honest.

I’ll be curious where the film goes from here. The Farewell has everything needed to stand out as one of the best films of the year, let alone one of the most universally accepted. It is an unassuming drama, yet filled with vibrancy and humor thanks to the cast and portrayal of the culture. Never overdone, The Farewell has other ways of placing meaning in its story and finds a way to deliver multiple conclusions, all of which are appropriate. At the same time, saying goodbye to The Farewell means getting less of a very good thing. 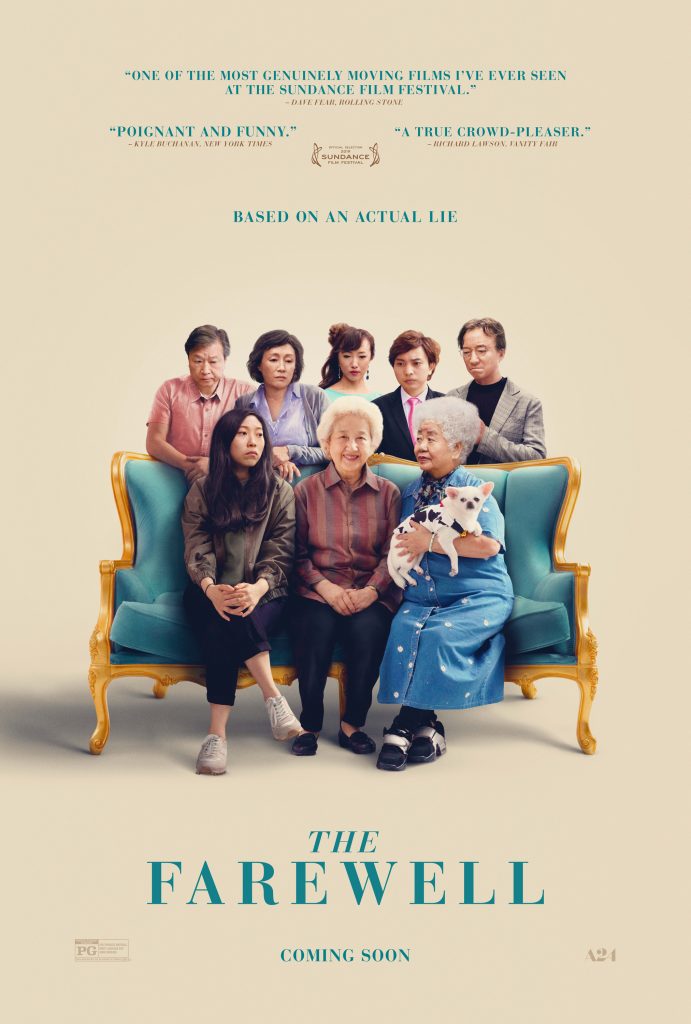 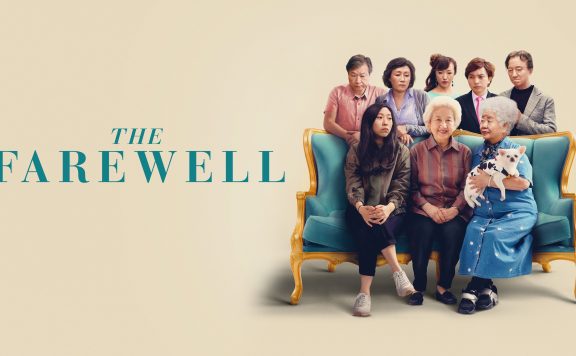 Tzi Ma and Diana Lin on The Farewell, Sundance, and working with Lulu Wang
July 12, 2019