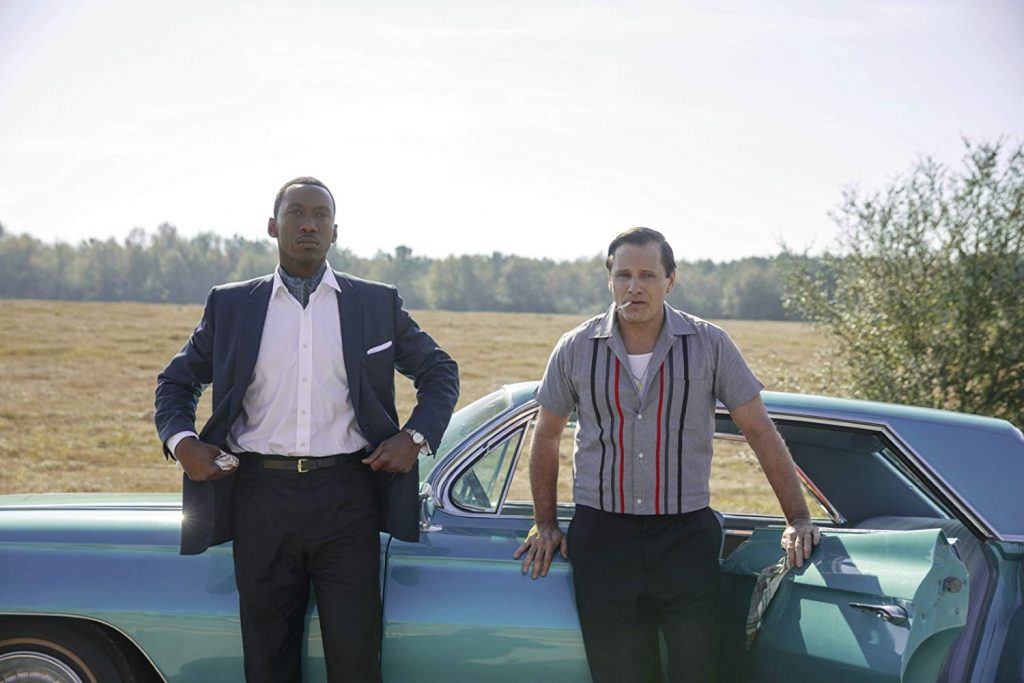 A black musician and a white driver become friends during a music tour in the Deep South. I tend to have a level of apprehension towards movies that follow a model similar to Green Book. While I can acknowledge filmmakers’ hearts being in the right place, strong performances, and the general concept of kindness and acceptance being an overall good thing, it sometimes comes with a sense of smugness and tired plot contrivances. Green Book defies all expectations, as it takes all the right turns and never feels lost. It’s maybe one of my happiest surprises of 2018 because the film feels like a warm hug while managing to pack in timely themes, and rich characters.

As the marketing indicates, this film is inspired by a true friendship, and as corny as that can sound, and as exaggerated as some aspects of the story may be, here’s a film that knows what it wants to do, and doesn’t feel overly manufactured to accomplish its goals. I’d have to believe this is why Viggo Mortensen and Mahershala Ali would sign onto this project. Two great actors can make a meal out of the characters they must portray, but their talent must also extend to the film’s craftier moments. The way Green Book subverts certain familiar moments is a testament to why the film is so successful as a light but affecting, racially-conscious comedy-drama.

Mortensen stars as Tony Vellelonga (or Tony Lip), an Italian nightclub bouncer in 1960s New York. Tony is married (Linda Cardellini co-stars as his wife Delores), has a few kids, and prides himself on being “the best bullshitter” around. When the club he works for has to close down for a couple of months’ worth of renovations, he finds himself recommended for a position as a driver and assistant to jazz pianist Dr. Don Shirley (Ali). Dr. Shirley sees the value of having a man like Tony chauffeuring him around the Deep South, but the larger discover is the friendship that forms between the two of them. 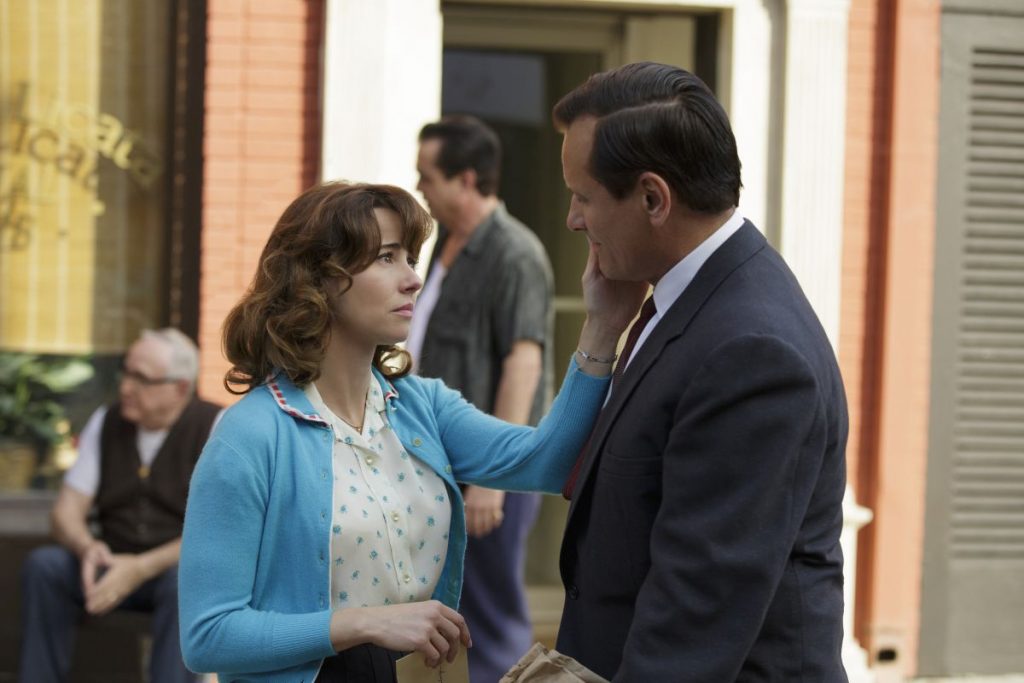 The film’s title refers to “The Negro Motorist Green Book,” a segregation-era guidebook that helped black people learn which areas they would need to contend with when it came to Jim Crow laws. Tony is given one to aid him as a chauffeur, and while we see him flip through it at certain points of the film, Green Book wisely avoids having a complete discussion about it. That’s not to say the movie avoids a passionate argument about race at a critical moment (in the rain, no less), but there’s a lot to take from the other ways Green Book approaches the race conversation.

Reversing the roles is a huge step. The setup of this film features a white, city-living family man doing what he can to provide for his family. Meanwhile, Dr. Shirley is a black man living a privileged life. He’s well-educated and lives a pampered lifestyle above Carnegie Hall. Tony is perplexed by the various things Dr. Shirley is not familiar with, such as never having eaten fried chicken and the music of other famous black artists of the time. Dr. Shirley does his best to help Tony become a bit more of a gentleman. Still, while both characters soften towards each other, it’s not as if either of these grown men goes through massive character changes, because they are already adults with plenty of life experience.

There is a level of character growth, but it’s handled well. Tony is fascinating because of his proximity to being a racist, but not actually fitting the title. He starts the film as someone who sees black people as different, but he’s far from being a white nationalist. Tony is the sort of guy that gets that people deserve their rights, even if he’s not going out of his way to embrace them or understands how to best express it. Mortensen does terrific work with this. He’s playing a broadly comedic character, but Tony has depths to exploit as well. The love he has for his wife and family, let alone his Italian heritage; all of these elements show what a good person he is (Tony also rejects chances to make more money pulling gangster jobs, which are moments that do not go unnoticed either). It also allows the changes in him to fit well with the story.

At the same time, Ali is excellent in making Dr. Shirley an interesting persona. In addition to being uniquely gifted as a musician, the sort of attitude he has keeps him from seeming like a picture of perfection. Just like Tony, Dr. Shirley is flawed. He can be condescending, and even with a mission to prove a point by playing for (mostly) racist audiences in the Deep South, there’s still a level of naivety that shows he can learn from his experience. He also has a drinking problem that stems from a lack of personal connections, which the film deals with subtly.

During this journey, the characters share plenty of time together, and their chemistry is quite strong. The conversations they have tend to be very fun and the way they clash over their differences (with Tony, in some ways, embracing what it is to be black more than Dr. Shirley) allows Green Book to find strong moments of race-based messaging, without feeling overbearing. Sure, this topic may come through more ambitiously in other 2018 films such as Blindspotting or BlacKkKlansman, but Green Book should not be penalized for being even more audience-friendly. 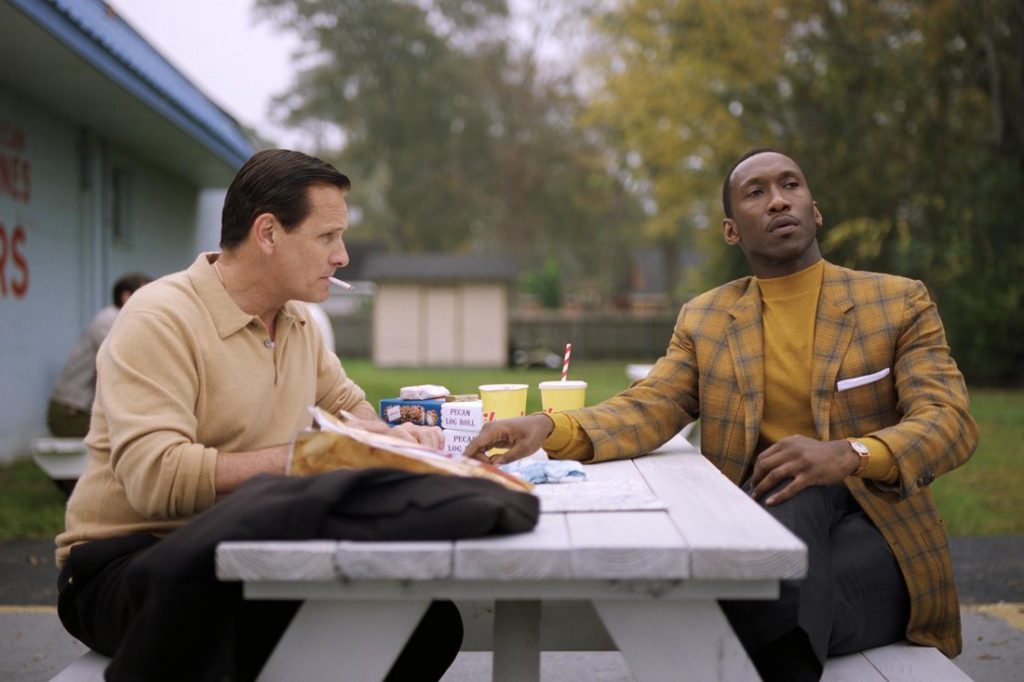 That’s what I expect with director Peter Farrelly (co-director of Dumb and Dumber, Kingpin, There’s Something About Mary, etc.). While out of his comfort zone and without his brother Bobby, the aspect that holds true is how well-meaning this all is. Something key to a majority of Farrelly Brothers’ more successful films is their lack of mean-spiritedness. Green Book may not be a bawdy comedy, but one can see the throughline for how Farrelly got here. While occasionally very funny, the drama registers well, and there’s a nice overall look to capture the 1960s period.

It seems cynical to scoff at the concept of “feel-good movie of the year,” but many films with that label don’t feel like they earned it. Green Book merits this association. The film is well-acted, with some sharp writing to make for a consistently engaging character study. It hits the troubles of racial discrimination in a manner that is affecting while keeping the film’s main focus clear. Even with an understanding of where things will probably go, I was more than happy to take this trip with Tony Lip and Dr. Shirley, and audiences will be too. 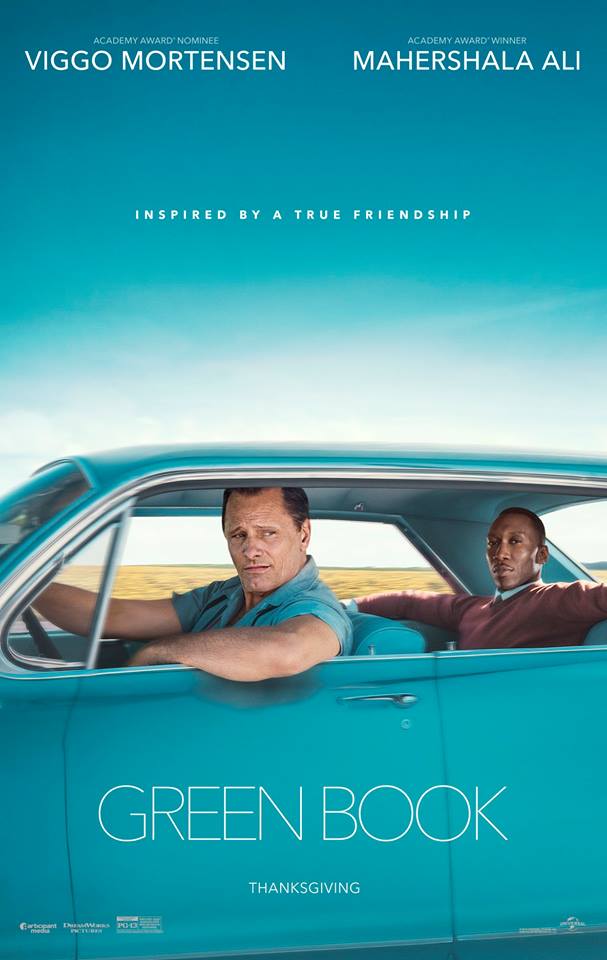