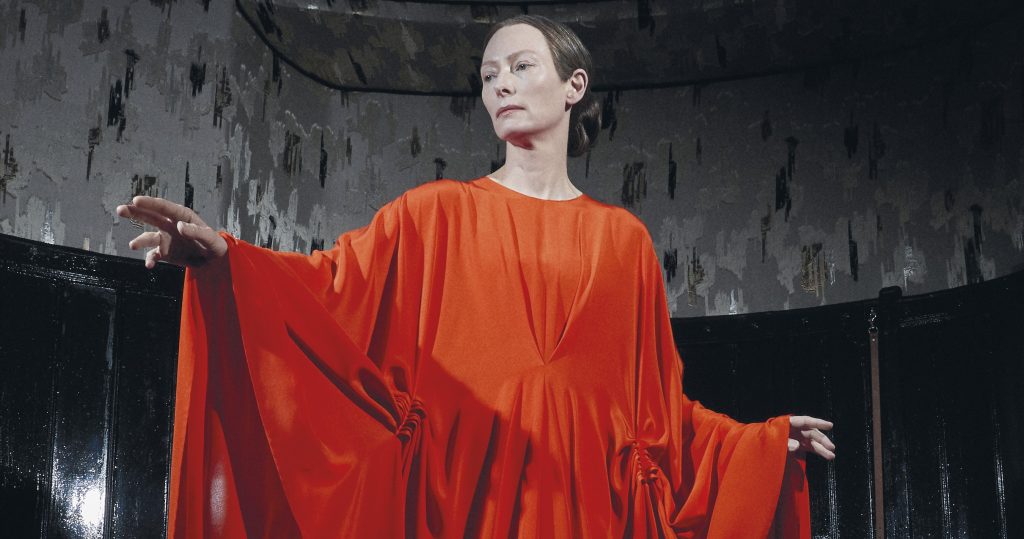 I recently wrote that no horror movie featured better dancing than Michael Jackson’s “Thriller.” Luca Guadagnino’s reimagining of Dario Argento’s 1977 cult horror classic, Suspiria, still doesn’t manage to top “Thriller,” but interpretive dance also isn’t really my thing. The same can be said for this new Suspiria when it comes to audience expectation. While I was fascinated by this new approach and pleased by the new and familiar directions it took, this is not a film for everyone. Even fans of the original will find themselves split on what to think here. Still, it is hard to argue that Guadagnino did not take the material and make it his own.

Any time a team of filmmakers set it upon themselves to rework a well-loved film (Argento’s Suspiria was a relative hit in America for the time and generally places high for horror aficionados), there’s already a certain standard set for many. While there has been a notable presence of remakes and reworkings of familiar material in recent years, a stigma of lesser quality comes with it. It’s not entirely unfounded, but with the films I find myself disappointed in, it generally comes down to not understanding why bolder choices weren’t taken.

If there’s one thing Suspiria 2018 doesn’t lack, it’s the audacity to go in a new direction that’s as striking as the intense color palette of the original film. Here’s a film that actually strips away the most visually exciting element of the original, and runs nearly an hour longer. While big studio remakes perhaps demand a level of familiarity to keep from alienating the audiences (who complain about a lack of originality, but also continue showing up to retreads of the same stories), Amazon Studios gave Guadagnino carte blanche to do what he wanted.

The Call Me By Your Name director had a vision in mind for this tale of a prestigious dance academy controlled by a coven of witches. Within its two-and-a-half-hour runtime, there’s a story about rebirth, loss, forgiveness, accepting the abstract, and more. Suspiria is a dense film when it comes to exploring its lengthy narrative, and that’s without paying regard to the impressive technical achievements on display.

Set in 1977 Germany, Dakota Johnson stars as Susie Bannion, the latest inductee in the Markos Dance Academy. Tilda Swinton’s Madame Blanc immediately sees something in this girl who, despite no formal training, has a natural talent that could mean something. During Susie’s rise to the top of her class, and in-fighting between the various instructors, a variety of creepy and very violent occurrences take place, emphasizing just how much the presence of supernatural power has permeated the academy.

The cast, which also includes Mia Goth as a fellow student and friend of Susie, and Chloe Grace Moretz as a student who believes to have discovered the truth, are all in top form. While the filming reportedly caused emotional distress (that’s understandable), it’s hard to argue with the results. The extreme nature of both the push towards expressive dance routines and the physical torture of bodies makes this one of the artsiest horror films in some time. There’s a level of preparation and concentration that goes towards inhabiting the characters of this world, best exemplified by the gonzo final half hour of the film. Lesser performers simply wouldn’t know what to do. 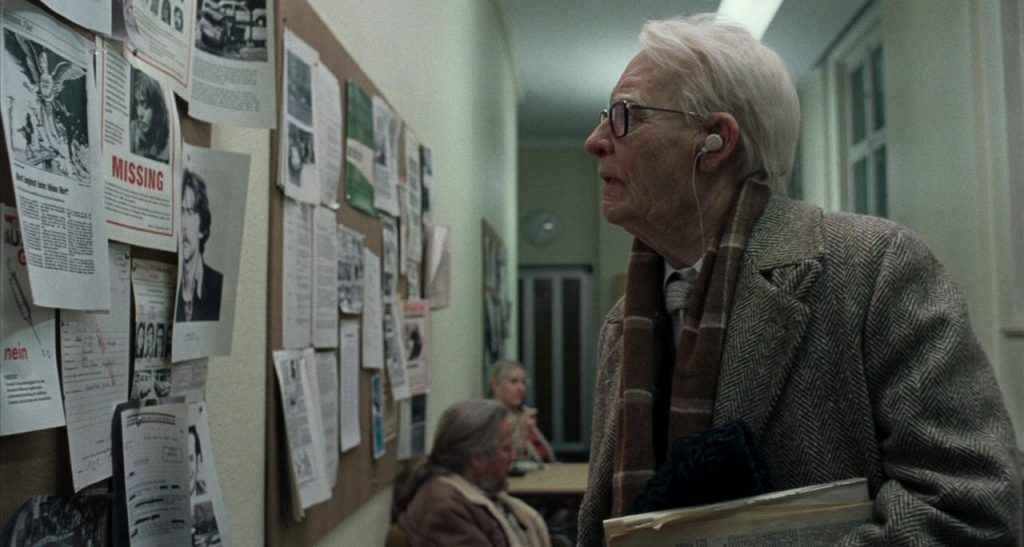 Of course, a special notice goes to Swinton, who is featured in multiple roles. Her Madame Blanc plays up the vested interest in Susie, and the more the film reveals itself, the more one understands why her focus is so important. Swinton also portrays Dr. Jozef Klemperer (cleverly credited as Lutz Ebersdorf), a psychiatrist who also finds himself invested in the activities of the academy. Read whatever you want into Swinton’s choice to perform this part as well, but the sense of empowerment is just one of the angles this film pushes for. From a story perspective, Klemperer does manage to figure in as an emotional center of the film. That would seem strange, but Suspiria has a way of moving characters in and out of the spotlight, given its novelistic approach to structure.

If I disregarded spoilers and went further in depth on the levels this film goes to, there would be plenty more to say on just how out there Suspiria is (not too far from being the mother! of 2018). That being said, there’s also a lot to admire in what Guadagnino went for in creating a very 70s horror movie. While the Italian director has spent a majority of his career crafting documentaries and dramas, he feels right at home when it comes to uncomfortable imagery, building tension, and not being averse to graphic violence. Cinematographer Sayombhu Mukdeeprom is right there with Guadagnino, playing into the warped ways the academy becomes a source of evil, along with capturing the autumn season of Cold War Berlin. Were the film not so insane, the scenes outside the academy would fit right into a standard period drama.

For all the bizarre art-house horror qualities that will no doubt earn this film the high-water achievement of an “F” Cinemascore, Guadagnino doesn’t shy away from the grindhouse sensibilities of auteurs from the 70s. While ditching the use of bright colors that made the ’77 film stand out, helping to separate the two features, the stylistic choices still evoke the time very clearly. Shot on film, not afraid to work with zooms or close-ups, as opposed to more modern approaches, there’s little to suggest this as a film made in 2018, save for some special effects to better help the audience feel the pains that occur. The film ends up having the look of other works of Argento, given how much of the director’s films were decidedly not like Suspiria. 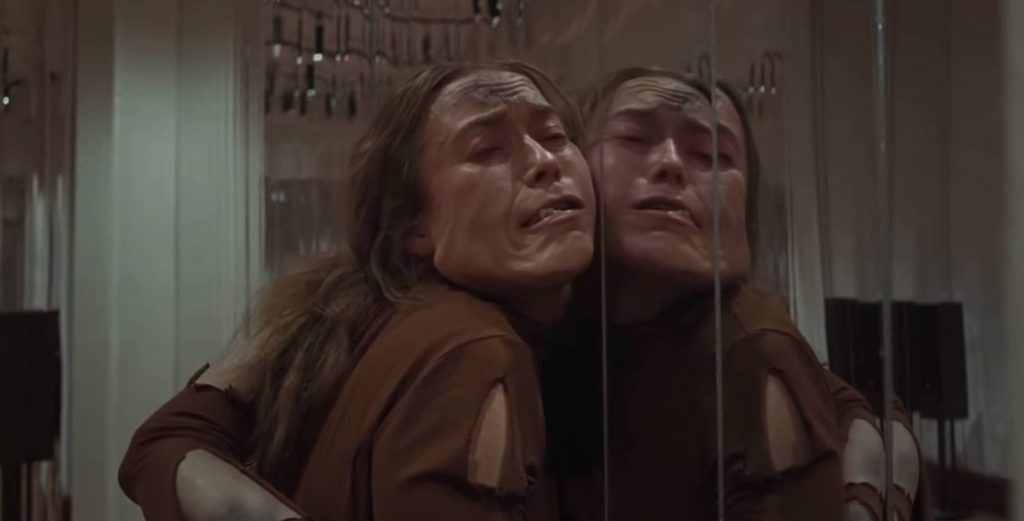 With every decision made that attempted to move to the beat of its own drum, however, I admired how this Suspiria felt indebted to the original. There are some vast differences in how things turn out, but it still follows a familiar path that I couldn’t help but be transfixed by. Maybe that’s giving the story more credit than it deserves, given that both films serve as mood pieces, filled with atmosphere and literal performance art, in place of deeper narrative construction. That doesn’t mean these films don’t have anything to offer though. The final moments, alone, suggest a subversion of what some may think is happening towards the beginning, which allows for a rewarding ambiguous take on what has occurred, and that’s just one of the many thoughts I came away with.

The idea of reworking a touchstone of the genre may be difficult for some to accept, but Suspiria is so wildly different from other films around it that I imagine whatever division there is over the film’s merits will help keep it in the consciousness of movie fans. Much like the terrific score contributed by Radiohead’s Thom Yorke, the film, as a whole, is a hypnotic affair sure to leave many pondering the many aspects of what was witnessed long after seeing it. There’s also the thrill of watching an accomplished filmmaker dive into a genre with no desire to hold back for the sake of what is considered by some to be “prestige material.” For all the classiness that comes with making an arthouse film, this is a grimy horror flick that soaks the screen with blood when it wants to. You may give in to the dance, but you’ll also be trudging through gore to do so. 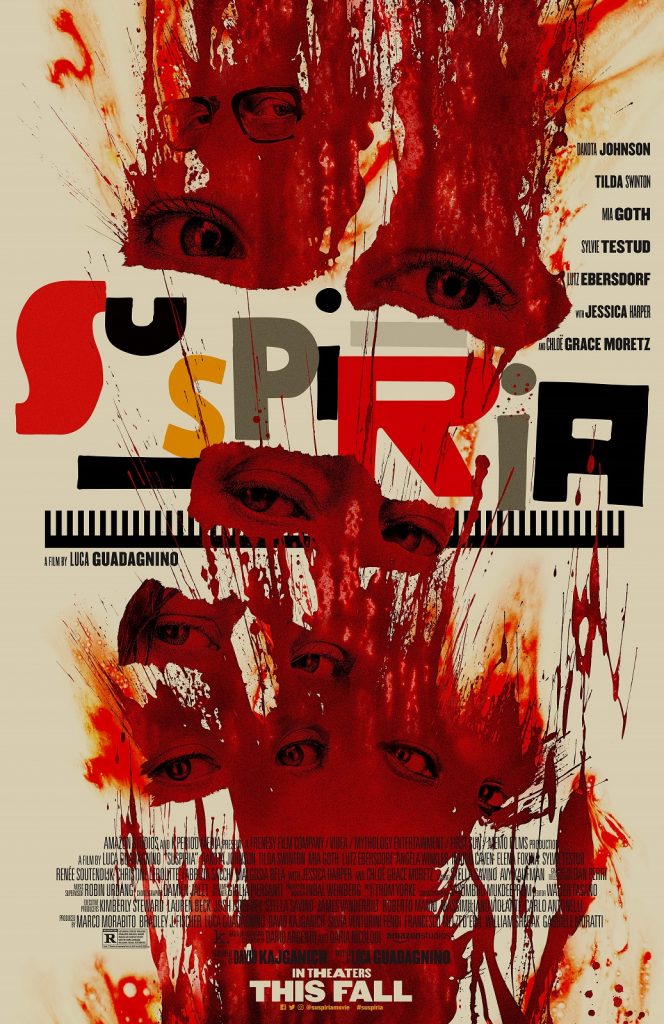