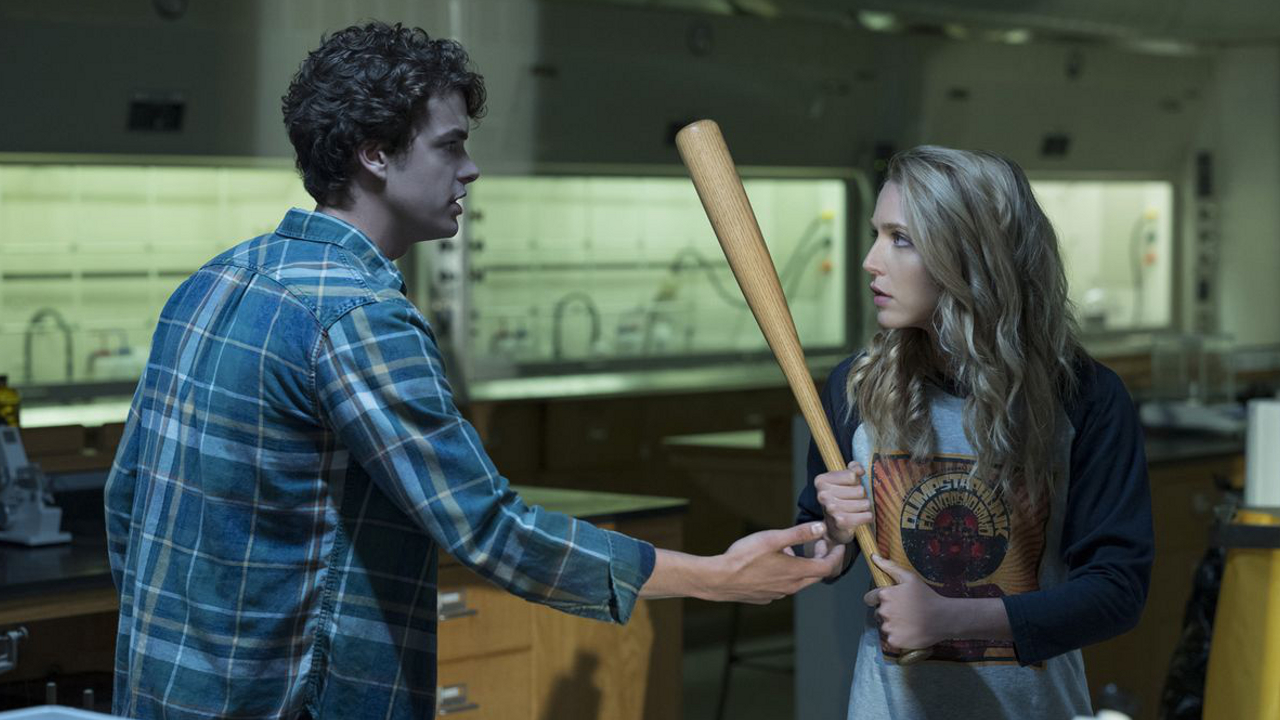 ‘Happy Death Day 2U’ Tampers with Time Yet Again in Sequel

Like Split and Get Out, Happy Death Day was an unexpected delight to emerge from Blumhouse back in 2017. Aiming for a more self-aware route, the comedy slasher had fun toying around with genre expectations and its narrative time loops. Call it the Groundhog Day of slashers if you will, but the concept was highly accessible. But despite patching up the timeline 15 months ago, Happy Death Day 2U is clearly out to recreate the chaos.

Sorority girl Tree (Jessica Rothe) thought the time loop nightmare was finally behind her, but it wasn’t. Happy Death Day 2U picks up a few days later and somehow Babyface is back from the dead with a vengeance. Instead of targeting Tree, Babyface’s intent on murdering her fellow classmate Ryan (Phi Vu). Circumstances end up altering the timeline, forcing Tree back into the original film’s scenario with a few major changes within the space-time continuum. Some changes are actually for the better, though Babyface remains on the loose.

While Happy Death Day never took itself too seriously, writer-director Christopher Landon (Paranormal Activity: The Marked Ones) was intent on keeping its roots in the slasher genre. Happy Death Day 2U prioritizes its sci-fi elements over being a predominant slasher. Yes, there are plenty of kills to go around. However, Babyface is more of an afterthought this time around. For a while, it’s of little interest to ponder who the killer is this time around. The overall murder mystery is thrown on the back burner for a hefty portion of the sequel. Math, quantum physics and Back to the Future: Part II homages fuel this second installment’s narrative. But don’t ask Tree what Back of the Future is either. Like Groundhog Day in the previous film, she’s oblivious of such a classic.

Landon’s characters are across the board cartoonish, though Rothe has an absolute blast as lead girl, Tree. She’s remains likable yet again. Though she’s here along for the sequel ride than being the sleuthing driving force. Much of that stems from Landon’s script, which juggles between formula and veering off into new directions. Fortunately, there are more personal stakes for Tree this time around as certain timeline alterations affect her overall judgment. The film’s tone is more disjointed than it is seamless. One minute you’re laughing in hysterics. A few minutes later, we’re headfirst into a heartfelt familial exchange. That sort of whiplash doesn’t exactly derail Tree’s ultimate goals, only leaving a few missteps along the way.

Like the first film, Happy Death Day 2U plays its safe to reach a more accessible audience. While gratuitous kills are a staple of the slasher genre, there’s no urgency here to offer up an R-rated gore fest. Except for the rare claustrophobic showdowns with Babyface, most of the kills are brushed off as humor. Voluntarily jumping out of an airplane in only a bikini or throwing oneself into a wood chipper don’t exactly instill terror. With the reset button of death always at her disposal, the shock value always feels detached. It’s nothing shy of a video game character with infinite lives.

Happy Death Day didn’t exactly scream for a sequel two years. Yet Landon gives us a second chapter that does an adequate job opening up new possibilities for the slasher comedy franchise. Perhaps the scale will tip back to its missed horror roots than sci-fi in its inevitable third outing.