It’s odd mourning an actor. We can champion certain performers that we’ve spent a significant part of our lives watching, but odds are we don’t know them. When they pass on, it may register as sad to some, but to actually mourn them is odd. Lucky presents a unique situation, as the film is not only the final entry on the recently departed Harry Dean Stanton’s long list of roles but one that functions as this ideal way to have gone out. That’s impressive for a man who’s had a long career as a terrific character actor, as his final starring role gave him a chance to tackle the very concept of moving past one’s time alive on this planet.

Stanton stars as the titular Lucky, a 90-year-old man living a quiet life in a small desert town. While Lucky has various interactions with numerous quirky characters occupying the same town, he has a daily routine that largely finds him living his life in solitude. Despite his age, Lucky wakes up in the morning, exercises, drinks coffee, works on the daily crossword, takes care of his plants and smokes constantly. He’s even told by a doctor (Ed Begley Jr.) that despite his advancing years, smoking is the one thing that has had seemingly no effect on him.

Usually one would go into what kicks the plot into gear, but that’s not the type of film this is. Sure, there are some minor events that playout. Lucky takes a fall that has him questioning where he’s headed. His best friend Howard (a superb David Lynch), goes on about his lost tortoise (President Roosevelt, respectfully) and what that loss means to him. However, these are details, not plot. Lucky follows merely a man during a few days in his life, as he does some self-exploration. 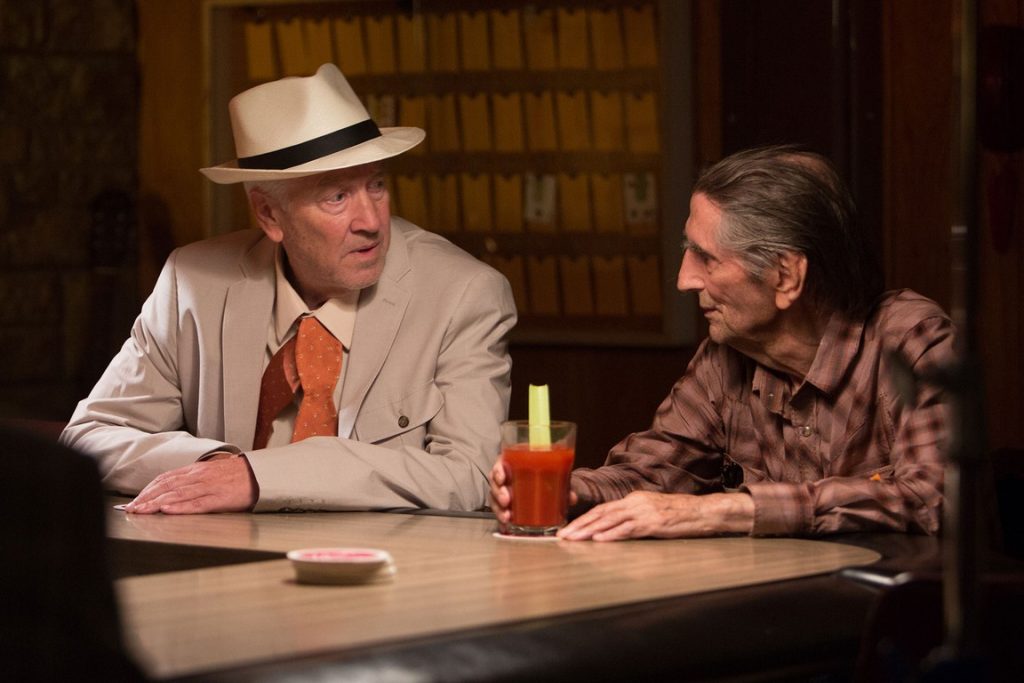 This is not a unique structure for a film by any stretch. Plenty of movies, ponderous or not, are happy to find older actors and let them sink into roles that allow for a version of self-examination. Bill Murray, for example, has spent his twilight years doing this fairly consistently. Fittingly, Lucky reminded me of the films of Jim Jarmusch, where Murray has been featured a few times. That’s a filmmaker who lets the screen fill with all sorts of idiosyncrasies and various meditations on life and death (and the undead in the case of Only Lovers Left Alive).

Lucky is the directorial debut of character actor John Carroll Lynch. Lynch has a lot of respect for Jarmusch and some of his contemporaries, along with David Lynch (the two are unrelated before you ask) and Wim Wenders. While not outright referencing something like Stranger than Paradise or even Paris, Texas, which starred Stanton, you could draw a through line between many of these. That is to say Lucky is a well-made directorial effort in how it captures its characters and this dusty desert land they occupy.

The other actors brighten up the screen as well. Lynch really is a joy here and has me hoping his presence can continue to crop up in various features if just for the strange energy he brings to the screen. Other familiar faces show up, including Beth Grant, James Darren and Barry Shabaka Henley. Ron Livingston also finds his way into this film as one of the younger folk to encounter Lucky, but the set of scenes they share goes a long way in showing what kind of attitude Lucky can have. There’s also a great reuniting between Stanton and his Alien co-star Tom Skerritt, where the two share war stories in one of the film’s many poignant scenes. 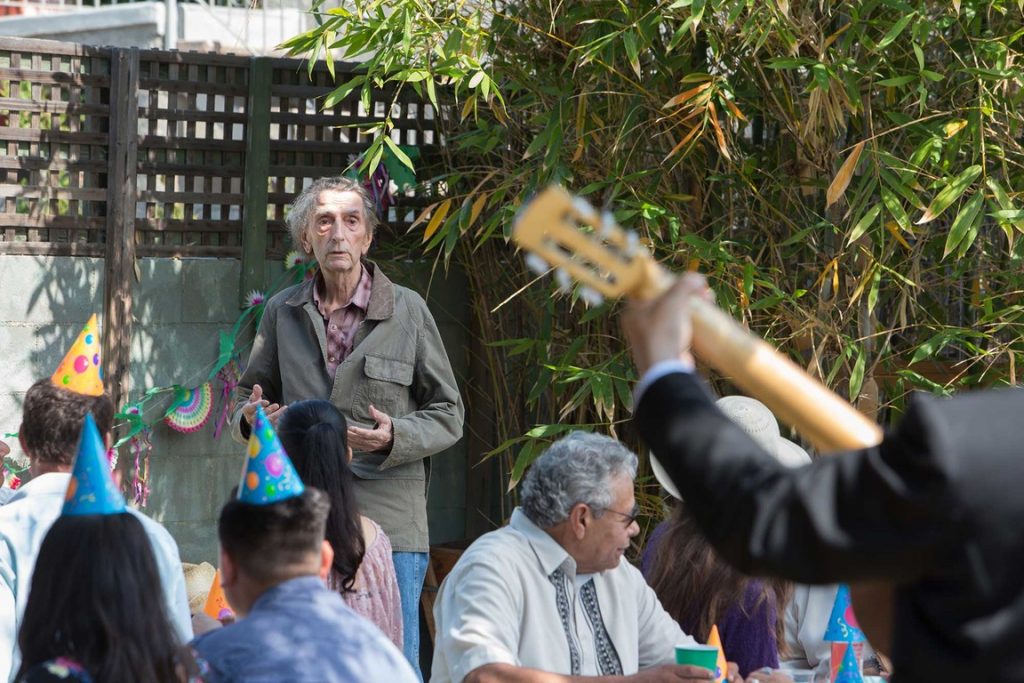 There is a difference between Skerritt and Stanton, however, as Skerritt is merely going through his script, while Stanton is detailing his actual life experiences. That’s the thing to keep in mind. While we only know Stanton as Lucky, he may as well be playing a version of himself. That’s not to suggest the performance by Stanton is made lesser because it’s not. Instead, you get a truly authentic portrayal of a man who has seen a lot in his time and still finds the world perplexing, frustrating, beautiful and a variety of other things all at the same time.

A final monologue hits at what the film may ultimately be trying to say. Before that, a wonderful moment allows for an unexpected musical performance. Lucky is a movie completely made up of great little scenes, whether they rely on humor or drama. It’s easy to say this is a film tackling mortality, but there’s a bit more going on than that. Lucky finds ways to explore enlightenment within ourselves, even if this is just one little movie that’s not pressing hard on cerebral concepts. So for what it’s worth, even if the film works as just a simple character study, it’s an excellent final effort from a man who lived a real life. It may be odd to want to mourn Stanton, but here’s a film that easily helps settle a level of grief. 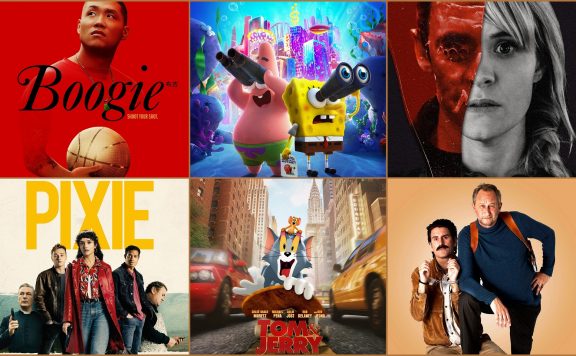