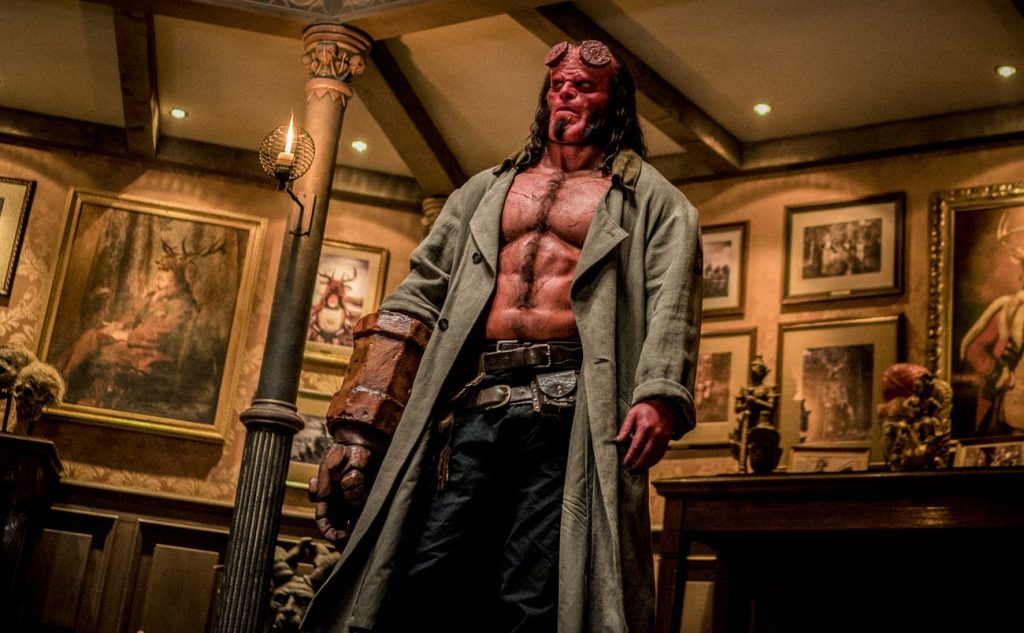 After a failed attempt by Guillermo del Toro to gather what was needed to complete his comic book trilogy and a lot of money invested by a new studio, we have the Hellboy reboot. It was hardly worth it. Despite goodwill and intentions, this is a disastrous new take on the Mike Mignola character almost fitting for a film that provides many glimpses at a possible doomsday. Even when separated from mixed feelings about restarting this story or the nature of an IP-driven movie industry, there’s still little to grasp onto as far as enjoying this action-horror-fantasy-comedy hybrid. The Hellboy character may have questions about whether he belongs in this world, but this movie certainly doesn’t.

With plot information hurled continuously at the audience, generally by characters yelling at each other or through British-accented lectures, the main story is pretty straightforward. The half-demon superhero Hellboy (David Harbour) finds London calling on him to battle some giants. It is there he discovers the resurrected Blood Queen, Nimue (Milla Jovovich), looking to avenge past misdeeds against her by making England ground zero for a world-devastating plague. It will be up to Hellboy and his allies from the B.P.R.D. (Bureau of Paranormal Research and Defense) to stop her.

Director Neil Marshall is onboard for this go-round with Big Red, and while he delivers on the violent chaos that tends to come in brutal form with his films, everything taking place has almost no impact. The reintroduction of Hellboy should come with some emotional turmoil involving his thoughts on whether he’s human enough to be a good person. We instead have a lead who wavers between angry, brooding, and irritating. Involving Hellboy in a possible end of the world scenario should find the audience at least somewhat invested in the stakes of that magnitude, yet no amount of drama ever has me concerned for anyone’s safety. Even the violent action scenes should feel exciting, and yet it all feels like going through the motions. 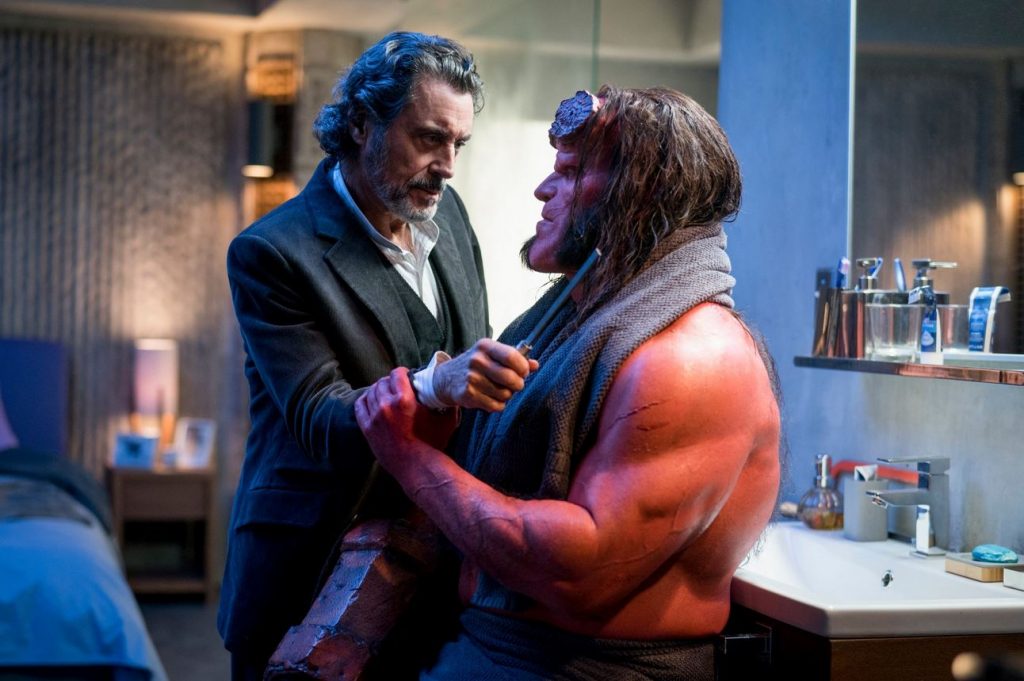 One of the big sells of this new Hellboy was championing its R-rated level of violence and gore. After an exhausting two hours, the film certainly has people and monsters being dismembered in all sorts of ways, though it becomes a cartoonish cacophony, as body parts fly all over the screen, scored to whatever song or score composition was deemed best for the moment. I could get behind a film that wanted to be a more straightforward, grindhouse take on the comic book character. However, beyond some elaborate makeup designs and special effects fit for a mid-budget superhero film, even digitally constructed long-takes aren’t enough to leave much in the way of a satisfying superhero experience.

For his efforts, Harbour does what he can behind a makeup design that has him looking constantly grumpy. The rest of the cast features a parade of accents and Ian McShane being appropriately very Ian McShane. It’s a fine casting choice, even if the Deadwood star seems toned down compared to the potential of an R-rated film that could let him unleash a barrage foul language once more. That said, his level of commitment to this laughable mess at least shows the sense of irreverence that a better film would have capitalized on more successfully.

Other stars include Sasha Lane as Alice, a woman with magic powers involving spirits, whom Hellboy saved as a child. The braided-haired American Honey star plays well enough in a bigger budget world, even if the role requires little beyond lightening the mood. Daniel Dae Kim is Ben Daimio, a military man with an animal issue that eventually gets explained. His mode of being pissed off at everyone is hardly a highlight, but that rounds out the ragtag team we are supposed to root for. Jovovich gets to have some over-the-top fun as Nimue, but this is territory she’s well-versed in at this point. 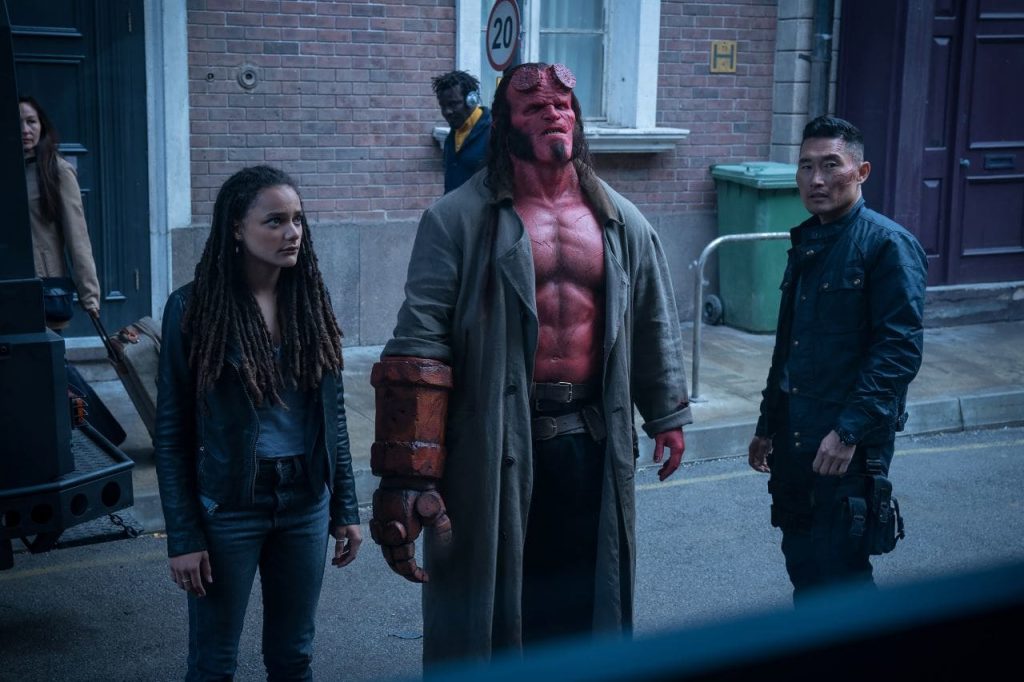 There isn’t an issue with the actors, who have certainly arrived with their game faces on. It comes down to story and direction, which both fail to take advantage of a fun setup. Even without the benefit of being unique as either a superhero film or as a feature steeped in dark fantasy, there’s at least a chance to bring some edge to cinema by adapting this property. Instead, everything feels so perfunctory. Plot points race by with no time to grasp onto their meaning, character beats are given short shrift, and the satisfaction of certain reveals and payoffs feel neutered.

One piece of critical exposition regarding Hellboy’s origins garnered laughs. The removal of a key villain in the film has a whimper of an impact. Looking at just these two examples, I know there’s a version of this film that could run with the concept and make it more fun, whether there’s a satirical bent or a knowingly self-aware handle on the presentation. Instead, these moments and many others add little to a very dispiriting adventure. 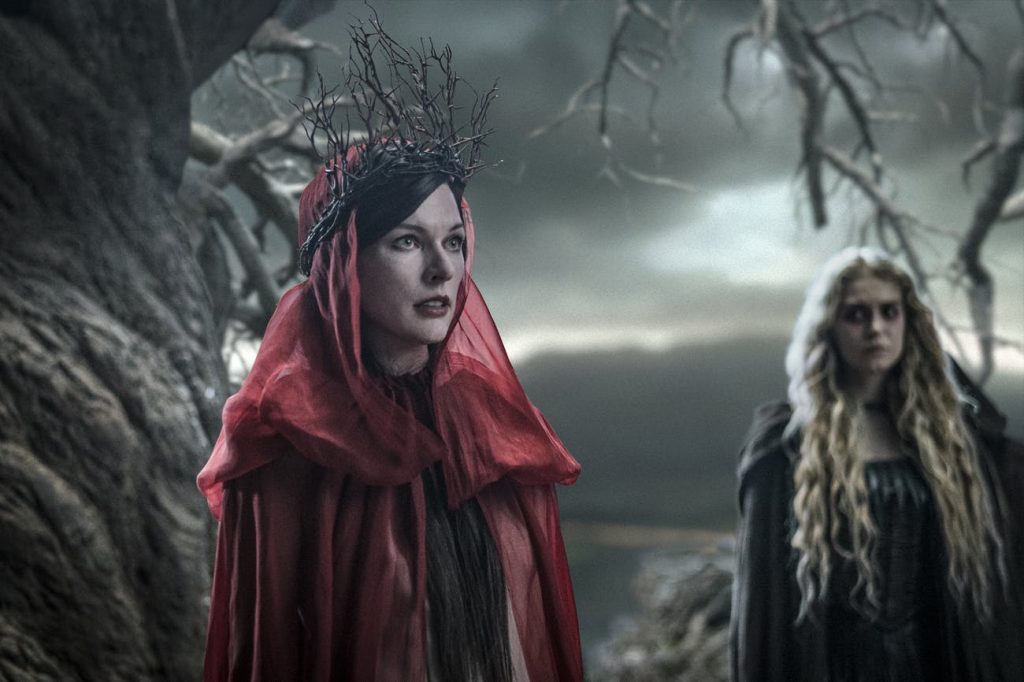 Even the central relationships between the characters, let alone what they represent, feels tossed in. Grappling with whether a half-demon should serve as a protector, let alone whether or not it’s right to use violence as the only means of taking care of monster threats, are interesting ideas. In this film, Hellboy yells these thoughts out loud, with the film doing him no favors as far as giving it a proper setup or payoff later on. A viewer may just be happy to see Hellboy and his right hand of doom kicking ass on screen again, but the film clearly has ideas on its mind, with no real understanding of how to build intrigue around them.

I’ve tried to be as fair as possible with the prospect of a new Hellboy. It would have been great to see Marshall, Harbour, and company pick up the ball and run with their fresh take successfully or even efficiently enough to satisfy. Sadly, the results were less than mixed to a shockingly bad degree. With an inept understanding of how to tell a proper story, a cast and creatures stuck in a cinematic world unfit for them, and action that feels louder than it does impactful, this Hellboy gave me hell, and I have no desire to reload. 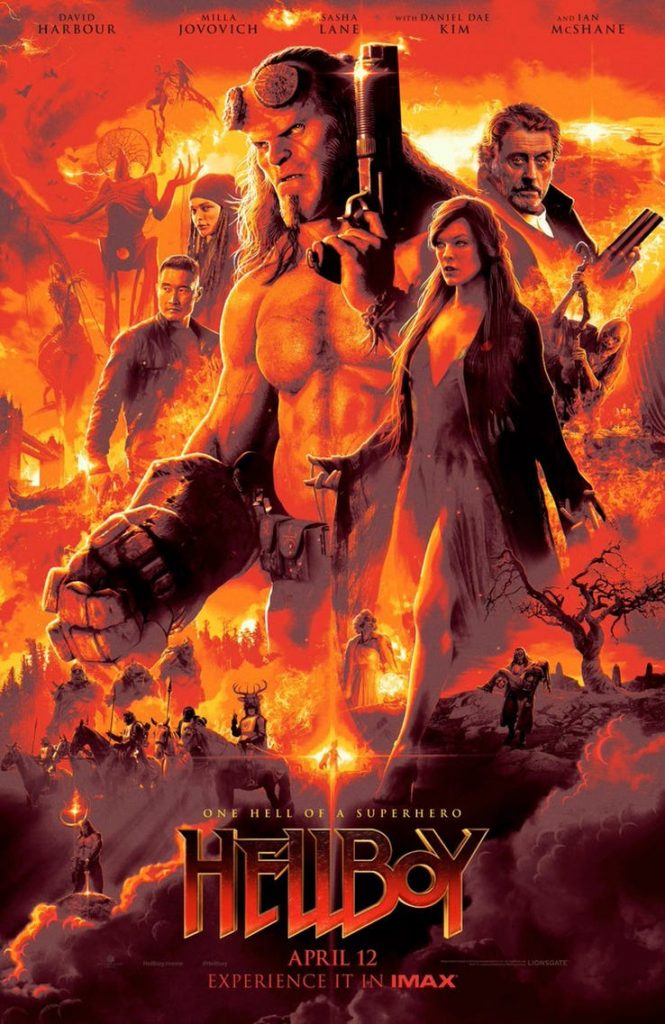