It is often hard to have things both ways. This reflects real life just as much as it speaks for how to take in movies. 12 Strong is the latest example. It succeeds at being an exciting war-action movie fitting of the Jerry Bruckheimer brand. However, it’s no Black Hawk Down. The film has its merits for presenting events based on a true story with enough attention paid to the foreign allies, but it does little to offer further depth given where things are over a decade and a half later. Still, as far as showing the vigor of American heroes, with the added fact that they got to look even stronger by fighting their enemies on horseback, 12 Strong does plenty to satisfy.

Adapted from Doug Stanton’s non-fiction novel Horse Soldiers, the film recounts the mission of Task Force Dagger. This involved a team of US Army Green Berets heading to Afghanistan, following the 9/11 attacks, to take on Taliban forces with help from the Afghan Northern Alliance. Chris Hemsworth leads as Captain Mitch Nelson, and the cast also includes Michael Shannon, Michael Peña, Geoff Stults and Trevante Rhodes, among others, as fellow soldiers. Navid Negahban portrays Abdul Rashid Dostum, the leader of Northern Alliance, with plenty of experience fighting against the Taliban. The two leaders form an uneasy alliance, as they attempt to work together, using the horses supplied by Dostum to traverse the Afghani terrain and ride into battle.

While we’ve seen globetrotting pirate adventures, the story of a lone ranger, and a time travel film, there hasn’t been a straight-up, real-world Bruckheimer action movie since 2003’s Bad Boys II. It feels good to see one again, as there is a level of spectacle that comes with the brand that registers in the way one likes when considering the steady output of 90s action films that occasionally had a bit of smarts to them as well. 12 Strong is the directorial debut of Danish filmmaker/photographer Nicolai Fuglsig, and he makes the most with another Middle East-set war film that has to make use of the terrain of New Mexico as a filming location. It means getting a film that’s not the flashiest, and at 2 hours and 10 minutes, there could have been some tightening up, but the effort is there. 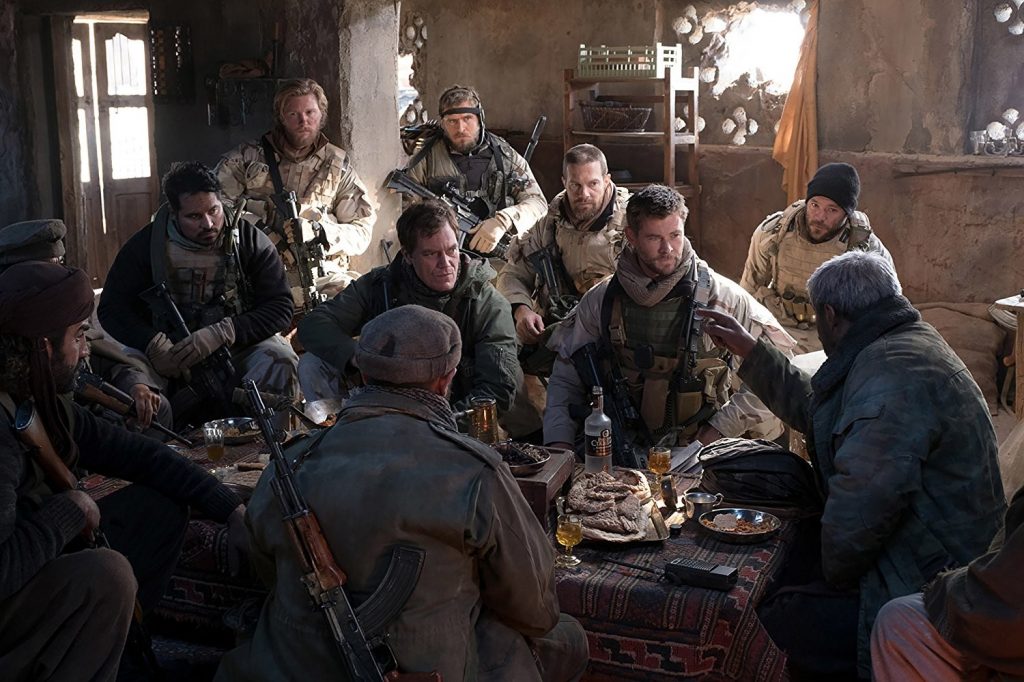 Amidst the firefights and entertaining enough comradery between the American soldiers, however, the film finds its best footing in the relationship shared between Hemsworth and Negahban’s characters. This helps the film immensely, as there is a way to promote American patriotism as well as make a movie that does more than just vilify everything else and that attempt here is well worth it. The film makes a significant point in regards to Mitch’s lack of experience in actual combat, and by partnering him with Dostum, you get to see some interesting ways these men work to combine their knowledge and attempt to get along, despite everything that separates them.

I only wish Hemsworth was given more of an opportunity to bring greater nuance or anything to his role beyond assured courage and his occasional smile. As talented and charismatic as Hemsworth has proven to be, 12 Strong doesn’t allow him to be all he can be. Not that he needs to cut it up as he did in Thor: Ragnarok, as the film has Peña around for that, but there’s a reason Hemsworth’s leading roles outside of Thor haven’t brought in huge audiences and playing such stoic leads is a part of it.

The other issue is considering what a film like this adds beyond the evident recognition of what this mission accomplished and why the men involved deserve their acknowledgment. While there are some of the required text blubs at the end of the film going over the accomplishment and speaking of how this served as an important defeat for the Taliban, that’s really all the film chooses to mention. Yes, it’s great to find the positives in a terrible situation, but given how this movie is coming out at a time when the full breadth of this story has not yet ended, there is something a bit off about glorifying the win of a battle, as opposed to the war. 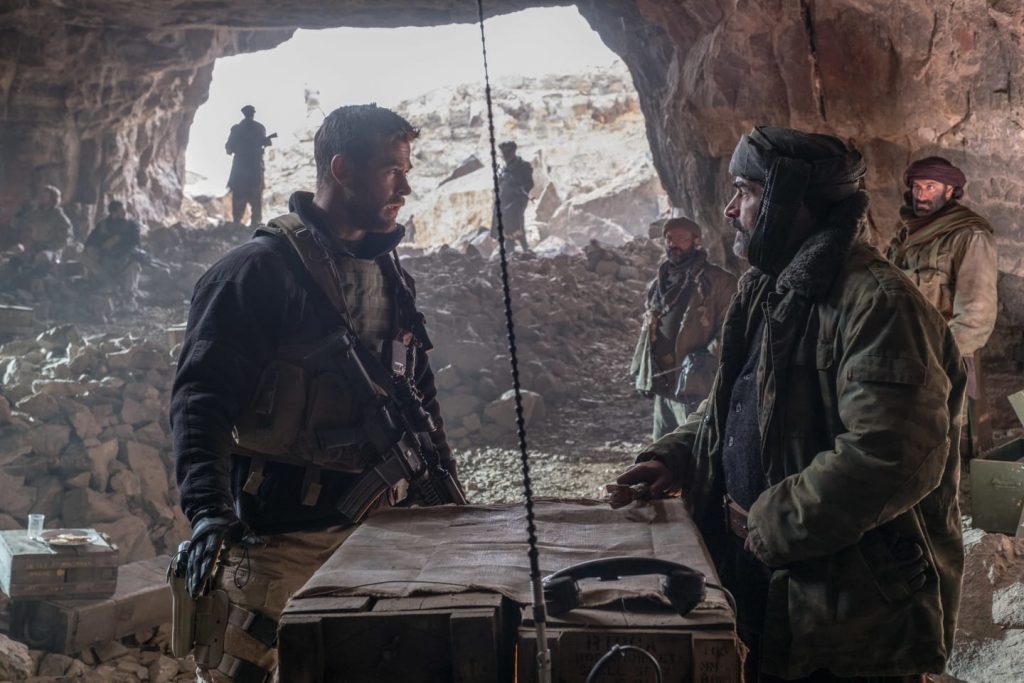 That being said, 12 Strong does good to balance the weight of the 9/11 attacks for these Green Berets in a way that doesn’t feel overly exploitative or, at worst, ugly in other films less inclined to add at least some context. That’s the benefit of some extra effort put into the writing and having a solid cast to work with. 12 Strong may present some by-the-numbers storytelling, but it adds a little more than it needs to so an audience can take a bit more away.

12 Strong works with what it has to offer thanks to keeping more than just the power of the American military in mind. It’s not an incredibly deep film, but it works thanks to the actors and filmmakers involved. The action is solid, exciting to watch, and does the neat trick of making soldiers on horseback look pretty cool. It may not be as impressive a technical exercise as something like 13 Hours, but there’s at least a bit more sense to make these brave men stand out for other reasons. 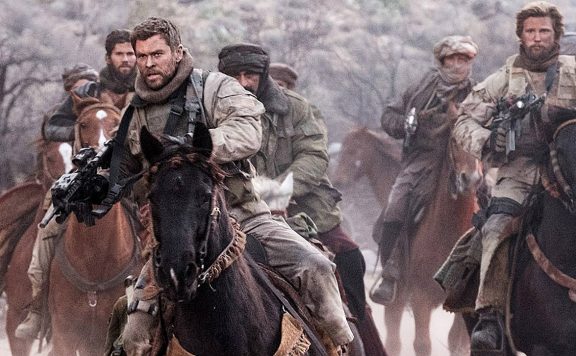