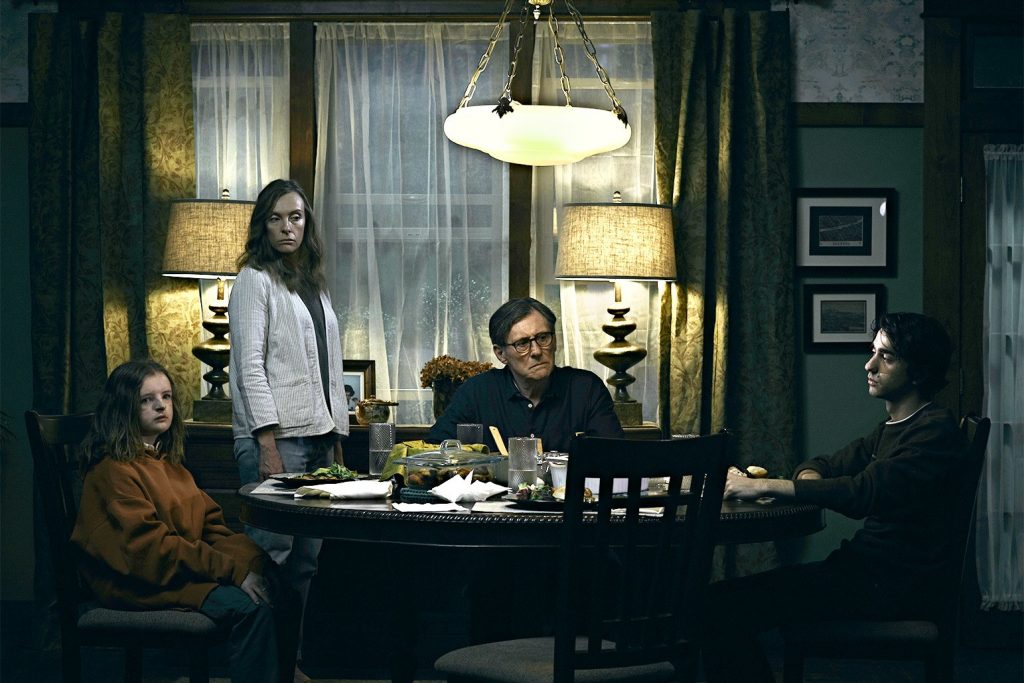 I like to wonder if writer/director Ari Aster once thought he would grow up to make a film that stomped all over the fun of a family-focused haunted house movie like Poltergeist. Hereditary clearly draws influence from the meaner and more experimental horror days of the 60s and 70s (Rosemary’s Baby and Don’t Look Now are listed most prominently), but as a film set to be released upon a mainstream audience, the joke will be on them if a movie all about the bumps in the night is what’s expected. That’s not to say Hereditary won’t satisfy those in search of terror, but the film hits just as hard by packing some emotional wallops.

Recent films have given horror audiences more than just slick high concepts and clever use of violence to shock people in seemingly fresh ways. Thanks to the minds of newer filmmakers that have grown up watching the films of their horror forebearers, there’s been an influx of great work reflecting how true originals can take advantage of small budgets and technological innovation. The focus on emotional and thematically-heavy stories hasn’t hurt either.

While something like Get Out works as a social thriller, and The Babadook is an extreme take on grief, Hereditary takes charge by dealing with multiple characters who all carry a lot of emotional baggage. The lives of the people we meet are messy before the film even starts and director Aster just drops us in at a time when things get to their craziest point. 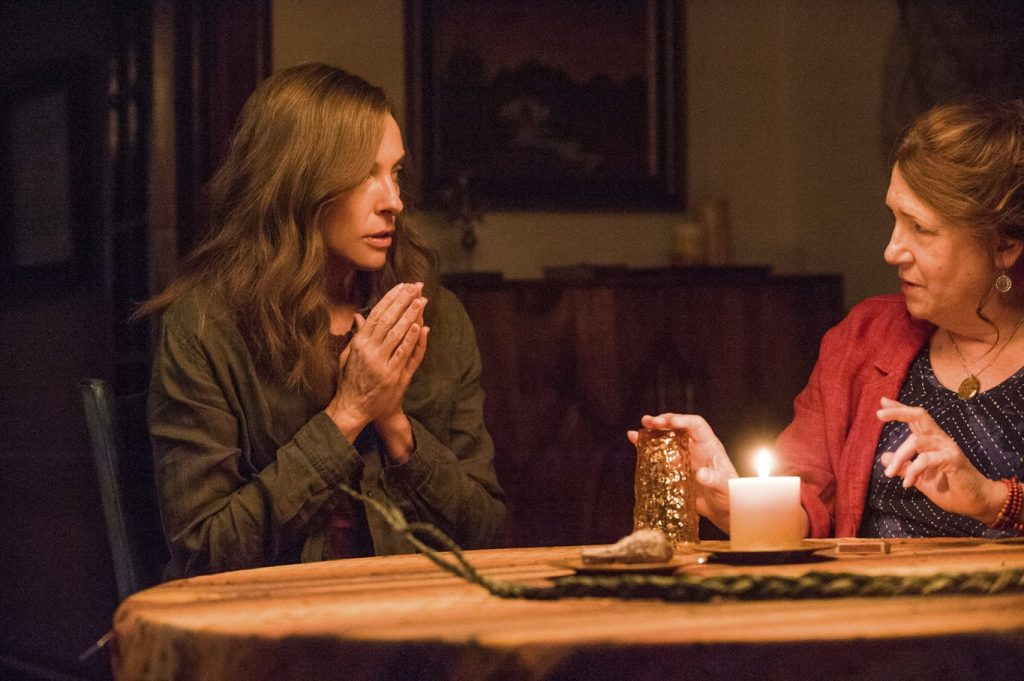 Hereditary opens with the sight of an obituary for Ellen Graham, the secretive mother of Annie (Toni Collette). Clearly suffering from a mix of grief, resentment, and obligation, Annie still has a family to care for and an art profession to maintain. She works with miniatures, a concept that functions as more than just an interesting tableau. Each creation is a representation of a memory from her life, an idea that takes on creepier meaning as the film moves on.

Seeing Collette lead a film like this may call for comparison to other great leading ladies in classic horror films, and for a good reason. Juggling so many different emotions, responsibilities, and even perspectives, this is some career-best work that should earn as much recognition by the end of the year as your standard dramas. Her performance has such an exceptional level of precision when it comes to moving between sad, skeptical, believer, and possible threat that the rest of the cast doesn’t stand much of a chance, aside from Ann Dowd’s critical moments.

Gabriel Byrne steps in as Steve, the laconic husband, and the film never quite knows how to involve him. There’s a reason for this, I suppose, but given how well Byrne can play serious or aloof, it’s impressive how much he seems to come up lacking, save for a key line delivery in a very serious final half hour of the film. Faring better is Alex Wolff as Peter, the son with plenty of reasons to look more and more drained as the movie pushes forward. There’s also effective work Broadway star Milly Shapiro as Charlie, the daughter with an almost pre-determined arc for the film until Aster pulls that rug out from under us. 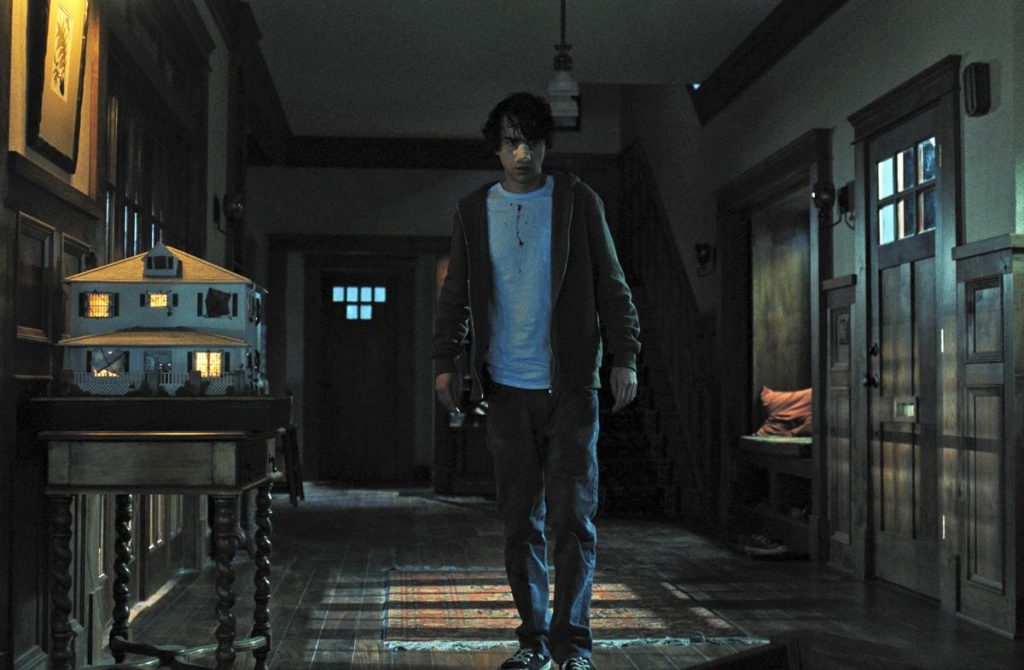 With so much time spent on setting a mood and laying out some vital details, the film’s first truly shocking moment is as tremendous as it is upsetting. Limits are suddenly removed, and Hereditary is then able to spin out some ideas that reveal its true intentions. Essentially, there’s a sinister threat ready to expose itself to the family and Annie is slowly discovering some family secrets that are rightfully upsetting everyone around her.

Coming from A24, I’ll be curious if the acclaimed arthouse studio’s latest horror film set for wide release will hold the attention of general moviegoers. With audiences buying into the recent high concept found in A Quiet Place, which delivered the shocking goods while forcing the patrons to be patient by way of its ingenious use of sound design, is the time ripe for another deliberately-paced horror indie? It Comes At Night failed to capture the excitement of folks at this time last year, but The Witch is one A24’s biggest hits.

Perhaps the relative unease that Aster’s direction creates will be enough. The constant dread that arises thanks to some crafty camera work and excellent sound should do the job as the film builds up to its terrifying third act. At just over two hours, one can’t help but feel the length, but that must be part of the point. If trading in economical filmmaking for a sustained sense of anxiety helps create a lasting impact then so be it. When you can back up that sort of directorial decision with the knowledge of what we are forced to watch these characters go through on just a psychological level, it’s hard to regret taking in that time to pull us in, as much as we may not want to go there.

Yes, Hereditary is a bleak film that will trap you in its web of discomfort. Collette’s excellent performance is a great gateway to the real thrills that come from both subtle visuals and a specific sound effect, along with the total madness one generally sits around waiting for in the final few minutes of those Paranormal Activity movies. The critical difference is the assured filmmaking on display. Hereditary has a lot for the characters to work out in their heads, but the technical skill leads to some brilliant horror moments, on top of its emotionally impactful narrative. 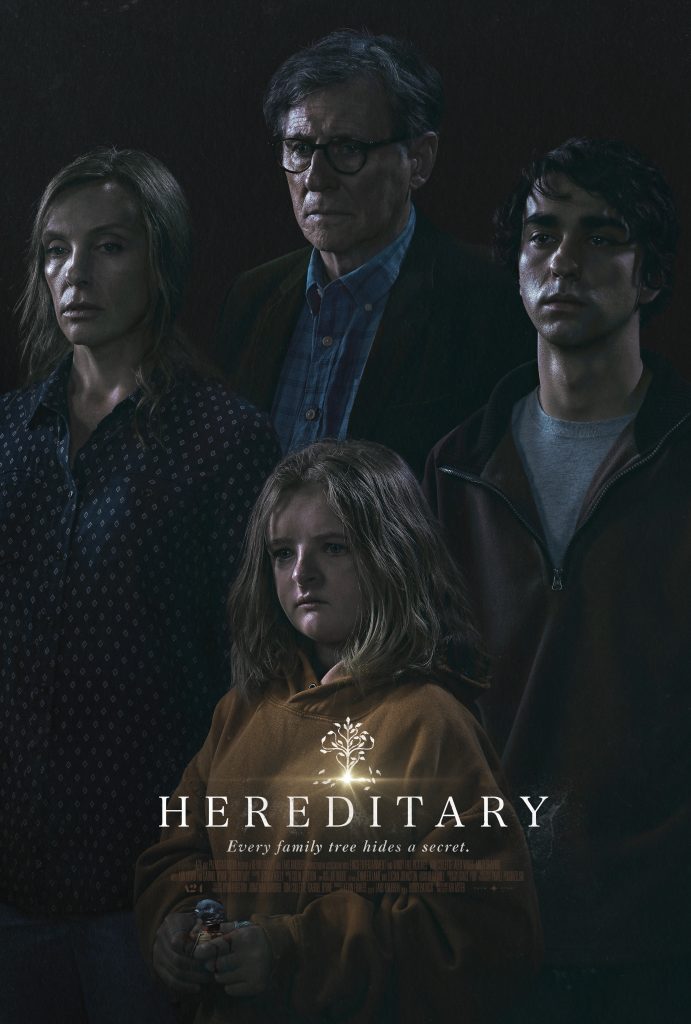