From director Nisha Ganatra comes The High Note, a music-inspired romantic dramedy starring Tracee Ellis Ross, Dakota Johnson, and Kelvin Harrison Jr. The plot focuses on music superstar Grace Davis (Ross), who, after decades of success, is trying to decide what she should do next in her career. Her assistant, Maggie (Johnson), is a huge music lover who spends most of her time bending over backward, making sure Grace is happy, hoping one day she will notice her passion for the business and let her produce one of her records. However, when Maggie meets David Cliff (Harrison Jr) at a local farmers market, she sees his untapped potential and begins to shift her focus away from Grace and onto David. This, as expected, doesn’t play out as Maggie expects, but instead of spoiling the rest of the story or the fun, I will stop there and let you check out the film for yourself when it releases on VOD on Friday, May 29, 2020.

The trailer for The High Note was released a few months ago, right before the Coronavirus shut down the world. It was an okay trailer but did very little to pique my interest. Flash forward to a few weeks ago when the majority of the 2020 films were being pushed to winter or 2021, and Focus Features announced they would be releasing The High Note on VOD. This announcement followed in the footsteps of Trolls: World Tour and Scoob!, but the key difference here is that The High Note is not an animated family film. It is the first major studio drama to be released on VOD instead of in a theater as originally intended for 2020. Like many others in the industry, I thought this was an interesting move on Focus’ part, but I couldn’t help but think about the quality of the film and if Focus had second thoughts about the film being “theater worthy,” leading to this decision.

However, after watching the film, it would have been great to see The High Note on the big screen. The marketing campaign did not do the film enough justice. Sadly, this is the type of mid-budget film that would have ended up with decent reviews, yet bombing at the box office. It may have eventually found an audience once it hit Blu-ray and digital, but I don’t think the marketing really emphasized the best parts of the film to help it stand out from the crowd. This is why, and in a very weird way, The High Note might end up becoming a sizable hit because of the way that Focus played their cards with this one. I do believe the film will end up doing well on VOD, and with good word of mouth from critics and those who are curious to see what the film is all about, it will be curious to see how the film does financially for Focus.

The High Note works because of the strong direction by Ganatra, the well-written yet straightforward script by Flora Greeson, and of course, the three lead actors who all commit to bringing their characters to life with humor and heart. The film may be centered around the music industry in Los Angeles, but this is a character-driven film that works so incredibly well thanks to its handling of the characters and their lives. The audience gets to know Grace, Maggie, and David. You connect with them and understand where they are coming from and why they make the decisions that they do. By the end of the film, I felt that I understood what made each of them tick and wanted to spend more time with each of them. Grace, Maggie, and David were portrayed as real people who were all worried about various things in their lives, keeping them from living out their dreams. The character growth in the film allows audiences to see them in a realistic light, and that is what makes The High Note excel beyond those films with a familiar story. 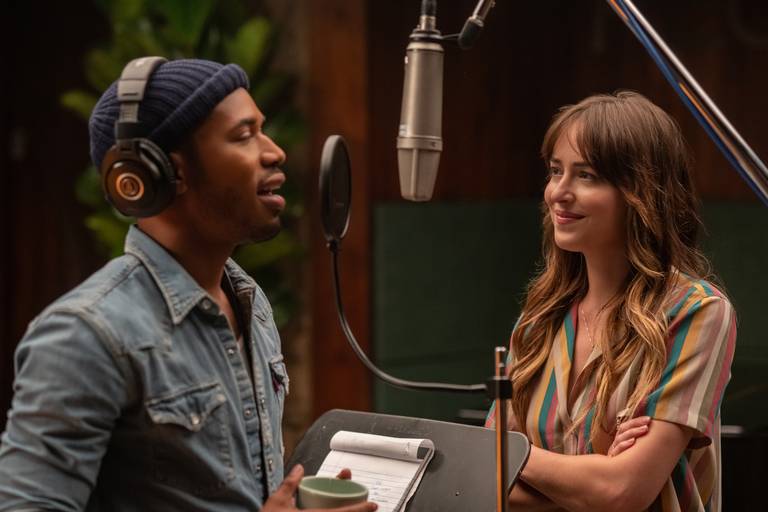 I am not the biggest Dakota Johnson fan, BUT I have continued to watch her films to see how her career plays out. Just like with Kristen Stewart and Robert Pattinson, Johnson was part of a popular film franchise that left a lot of people within the industry wondering what the fuss is all about. I get that. Johnson is attractive and comes across as likable on-screen, but the roles that she has taken on thus far haven’t really done much to wow me. Granted, she was good in The Peanut Butter Falcon and A Bigger Splash, but other than those two films, I feel like her career has been filled with more misses than hits. Luckily, The High Note is the perfect vehicle for Johnson. She carries the majority of this film because even though Ross and Harrison Jr. play major roles in the story. The script relies on her to sell her relationship with the other two characters. As the true main character, Johnson does such a terrific job carrying the film and ends up delivering her best performance to date.

Of course, it takes more than just that, so while Johnson gives it her all, Tracee Ellis Ross and Kelvin Harrison Jr, also had to bring their A-game. Together, these three actors end up elevating the film even further with their performances. As someone who is not too familiar with the television series Blackish that Ross is currently best known for, I may end up having to go back and watch the show after seeing her performance in this film. Ross plays this role so well and brings a level of authenticity to it. Many think that she is just paying tribute to her mom Diana Ross, but there is a lot more to her character than just a loving tribute. She embodies the character of Grace, and as time goes on, you see how she has been refusing to see what is going on around her. Her relationship with Johnson’s Maggie feels genuine and true to how talent be with their personal assistant. It is a big part of what makes the film so effective.

This brings me to Kelvin Harrison Jr, who continues to shine and blow me away every single time that I see him on-screen. If you haven’t watched Luce or Waves, you should definitely add those films to your must-see list, but with the role of David, the world gets to see a much softer and lovable side of Harrison Jr. as an actor. He lights up the screen from the very first moment that his character shows up in the film. There is something about his on-screen persona that you just can’t help but be instantly drawn to his performance.

The character of David is so charming and has this level of swagger that just makes him irresistible. He shares the screen with Johnson in almost every single scene of the film in which he appears. The two of them have such great chemistry, which is somehow there from their very first scene together. I should also make note that this is the first time that I have seen or heard Harrison Jr. sing before. The dude has a phenomenal voice, and I can’t wait to see him cast in a full-blown musical someday soon.

While The High Note won’t win any awards for being the most original film of the year, it is incredibly entertaining and managed to make me smile consistently throughout. It’s a special kind of feel-good movie that we as a society need during a time like this. One that serves as a reminder to believe in yourself and to follow your dreams no matter what obstacles may stand in your way. The High Note is delightful, charming, and irresistible. This is a strong recommendation from me as I encourage all to check it out when the film is released on VOD this Friday.

Review: The High Note Hits All The Right Notes 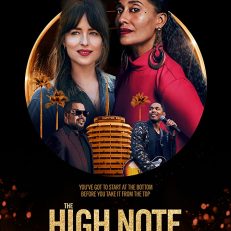 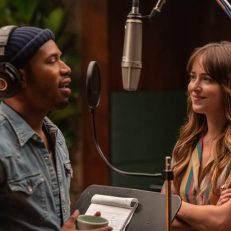 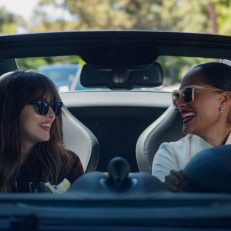 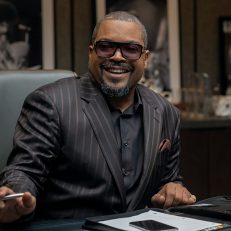 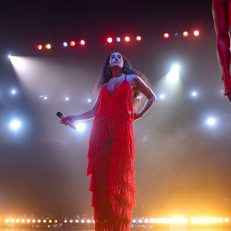 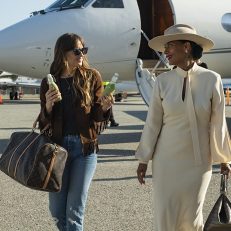