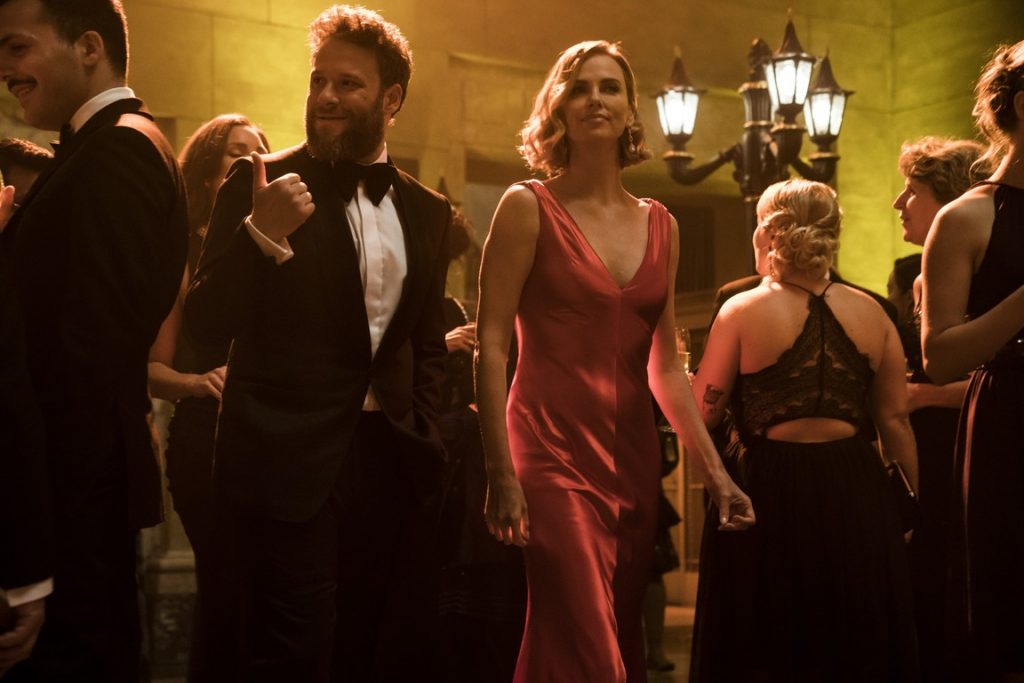 Here’s the thing about Seth Rogen – he’s an innately funny person who has chemistry with almost everyone. Long Shot wants to play up the disparity between him and co-star Charlize Theron, but it’s not as though much work needs to be done to show how well they get along. Given the film’s premise, however, the tension comes from keeping in mind the optics concerning the loud, bearded Rogen being in a relationship with the female Secretary of State with aspirations of becoming president. All of these ideas combined allow for a consistently funny comedy that also plays its hand at being a solid rom-com, as well as a light political satire.

Rogen stars as Fred Flarsky, a journalist whose independent newspaper has just been bought out by Parker Wembley (Andy Serkis, buried in makeup). Wembley is an international media mogul who serves as a proxy for Steve Bannon and Rupert Murdoch. Not wanting to be involved, Fred quits his job, only to find himself in the presence of his former babysitter, Charlotte Field (Theron). With Charlotte currently looking to go on an international tour leading up to the announcement of her candidacy for president, she sees Fred’s talent as a writer and decides to hire him on as a speechwriter. As the two grow closer, their bond is tested.

It’s impressive how winning this film is as a workplace comedy, before the romance angle even begins to pick up. Writers Dan Sterling and Liz Hannah have great control over getting the mechanics of this story right as far as build up, as it treats Fred and Charlotte like real people. Yes, there’s a heightened world around them, but there’s a sincerity in the motivations that go a long way. Having Fred not simply accepting Charlotte’s job offer right off the bat, for example, adds enough to mean more than something for the plot to dial back in on later in the film. Addressing the double standards Charlotte faces without hitting the audience over the head with it is even more effective. 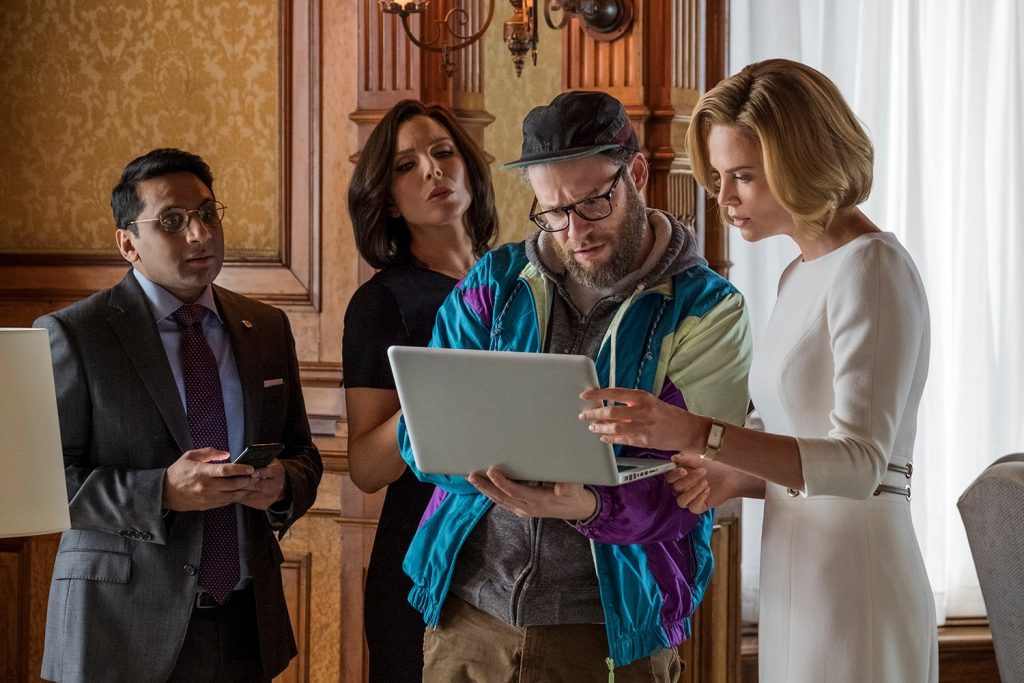 Once the film does move into rom-com territory, the mood doesn’t shift in a way that feels out of place because of the proper work done to get the audience there. Again, it helps that Rogen and Theron work well together. It is easy to single the guy out for his stoner comedy antics and distinctive laugh, but I’d argue he’s more capable of playing the nuances in his roles than some of his fellow comedic compatriots.  At the same time, Theron is an Oscar-winner who has also successfully played a mentally-challenged British spy on Arrested Development, so there’s plenty of comedic talent between the two of them.

Having the film go down the rom-com path means addressing many familiar beats, but director Jonathan Levine (50/50, Warm Bodies) has it all under control. There isn’t much in the way of subversion as the material is strong enough not to need it. Choices have to be made that throw the film’s level of reality into question, though one also has to be concerned with how hard Long Shot wants to lean on its political humor. Combining those aspects does mean you can only take the film so seriously, but it is also hard to care when the film is producing so many genuine laughs throughout its two-hour runtime.

The solid supporting cast helps plenty. June Diane Raphael and Ravi Patel play two of Charlotte’s key staffers, who are allowed to get in their digs at Fred while building out comedic personas of their own. Alexander Skarsgard gets to have fun playing a doltish version of a Canadian Prime Minister. Bob Odenkirk is terrific as the sitting President, once a TV star, with aspirations of getting into movies. Best of all is O’Shea Jackson Jr. as Fred’s best friend, who steals scenes whenever he appears. It comes from a commitment to a role that ends up having more shades than expected, which also speaks to some loose messaging concerning identity, integrity, and compromise. 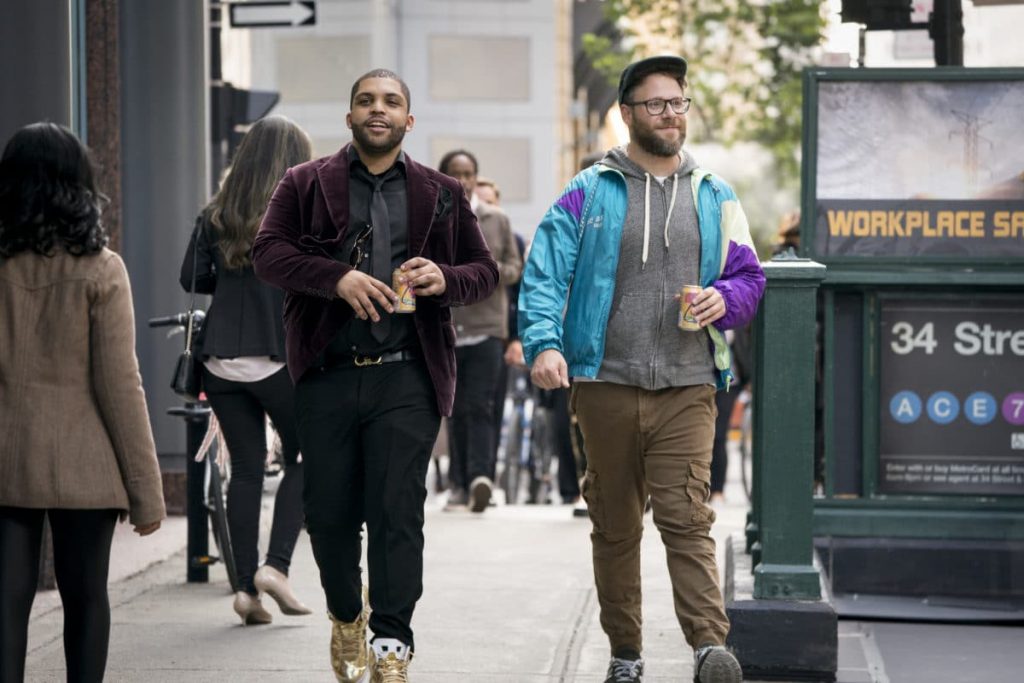 Having some of these creative roles and turns for various characters also speaks to some of its savvier moves. Even with some of the more overt references to the poor practices of certain news outlets, Long Shot doesn’t attempt to push too hard on easy political digs. It paints a clear picture of what concepts to look at as bad, but there isn’t too much concern with trying to upset anyone, beyond some reprehensible types seen that way in general. The film is honestly too full of heart to come off as mean. It may not go full Frank Capra, but even the R-rated language is balanced with a general sense of pleasantness thanks to how assured it all feels.

Working as both a smart and sweet film, Long Shot delivers a hilarious story matched by the talents of its cast. Rogen and Theron work well together, with the former dialing down enough to fit as a romantic lead, while the latter is allowed numerous layers to make the challenge of being a political figure in a relationship seem real. Connecting the pair with the political world is handled well enough to add some modern perspective, without making the movie feel burdened with the stress of real-world politics. It’s a film that hits all the right buttons for those in search of a fun comedy, even while pushed through the filter of a Seth Rogen vehicle. 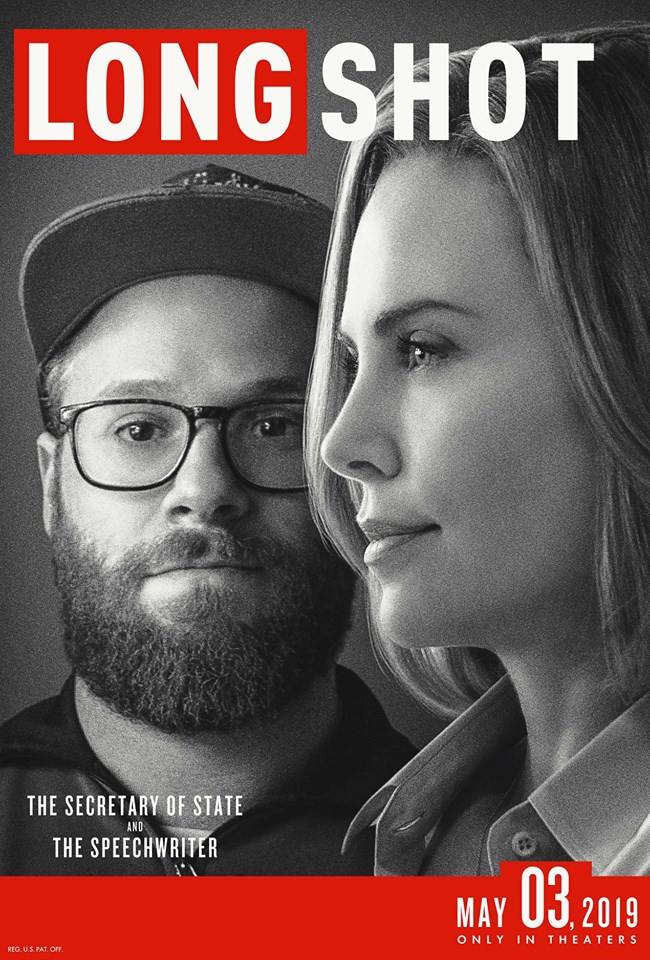 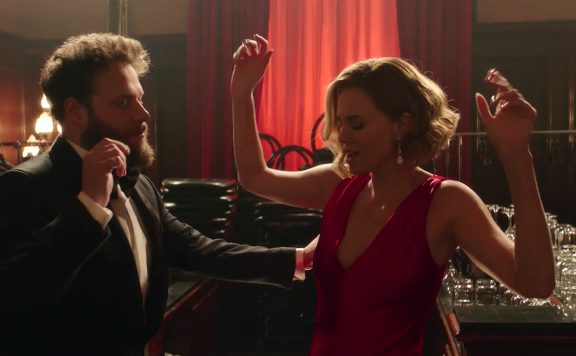