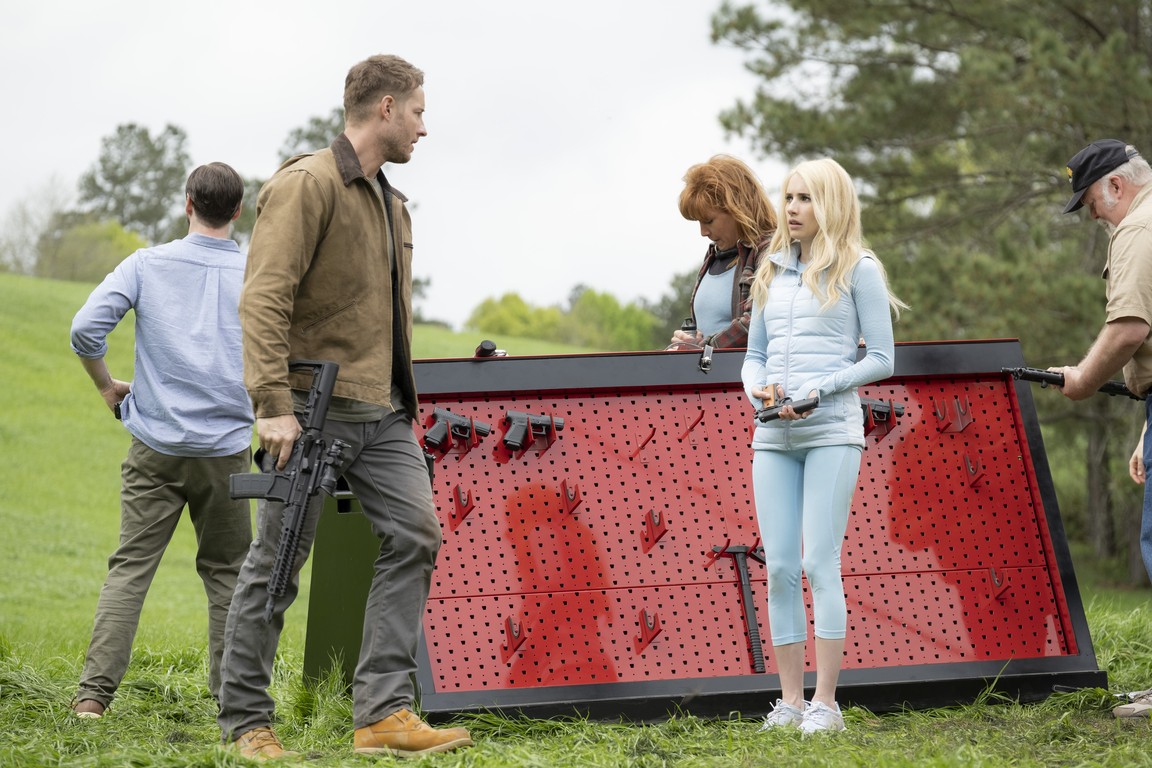 As seen in the revised ad-campaign, a lot of words have been tossed around to describe The Hunt. This satirical thriller from Blumhouse has been called “demented,” “dangerous,” and “evil,” among other things. That’s attention-getting, to say the least, but is it accurate? The short answer is no (or yes in a fun way). Anyone who simply watched a trailer could see what’s going on here. Still, following an unjust delay of the film, The Hunt is set to be seen by audiences all over. Fortunately, anyone looking to have a twisted, disturbing, gory good time is in the right place.

Loosely based on Richard Connell’s short story “The Most Dangerous Game,” which has inspired films ranging from Predator to The Pest, writers Nick Cuse and Damon Lindelof cooked up a screenplay using this high concept as a means to seemingly vent their frustrations concerning two sides of the political spectrum, presented at their most extreme. Following a brief prologue, we quickly learn there is a group of wealthy elites preparing some sort of murderous exercise. Not too long after that, 12 strangers are revealed to be the prey in some remote location. Things then become a matter of survival of the fittest.

Structurally, there’s only so much new to present. While the cast is filled with numerous character actors (Ike Berinholtz, Emma Roberts, Glenn Howerton, Amy Madigan, Macon Blair, Ethan Suplee), things will boil down to only a couple that matter, as it usually does. Whether it’s Jean-Claude van Damme and Lance Henriksen, or Arnold Schwarzenegger and Richard Dawson, there are always two who really count. In the case of this film, it’s Betty Gilpin and Hilary Swank. 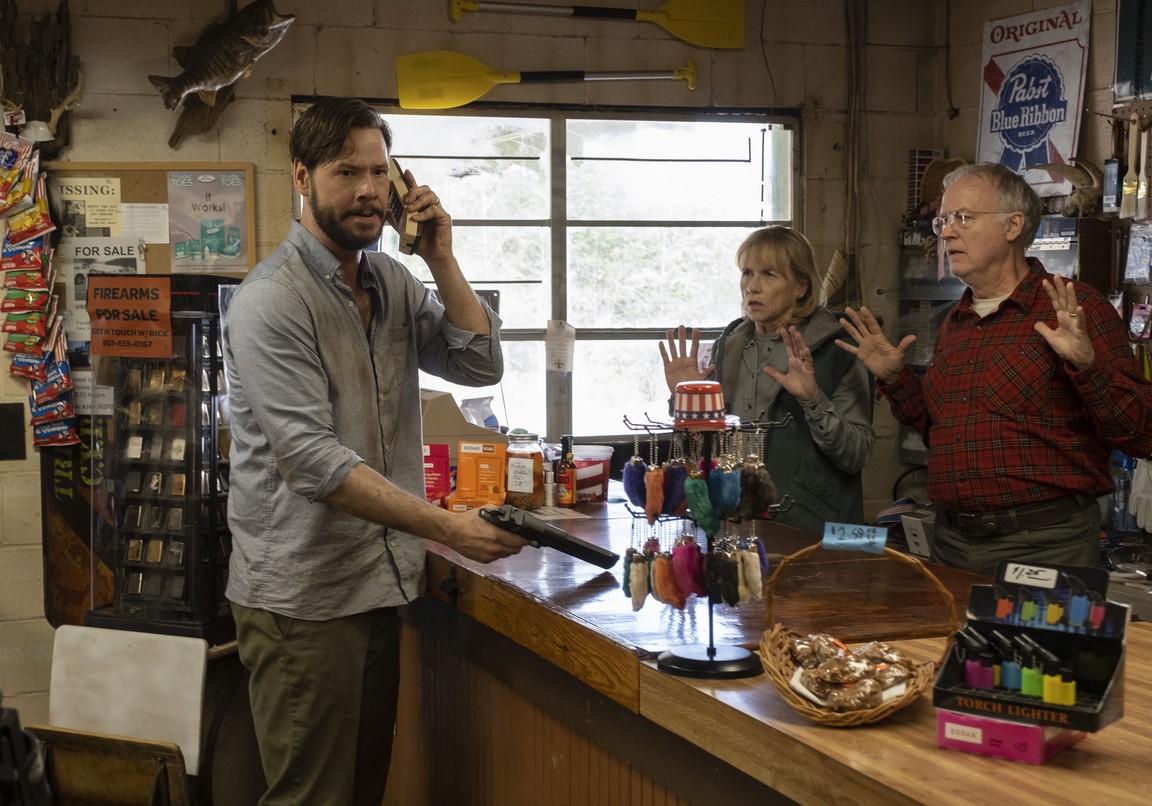 Fortunately, director Craig Zobel has a lot of fun in figuring out ways to position these two characters as the ones who truly matter. This is the kind of area where being a lower-budgeted Blumhouse production pays off. As opposed to their efforts to line up a star like Elisabeth Moss to take on an invisible man, this film can easily tease several viable hero options before finally settling. Thanks to certain turns in the plotting, The Hunt manages to get away with disorienting the viewer, which in turn helps establish the stakes and understanding of the game these strangers are trapped in.

Aside from the story, there is the whole matter of what kinds of people are involved, which is what apparently struck accord for those with no attention spans to pay attention to what the setup is supposed to be, let alone the nature of how films work. Much like Jojo Rabbit, The Hunt is the sort of film that relishes the opportunity to put on display how absurd people who take a cause to a maximum extreme to dangerous levels are. However, while Taika Waititi’s Oscar-winning film aimed to land in an area of sentimental value for the principal characters involved, Cuse and Lindelof position their movie as a way to stir the pot.

Whether or not there’s a way to discern any practical lessons about a film where a group of evil “woke” liberals take on seemingly innocent conservatives (outside of some apparent stances that reveal themselves over time), the joy of this bloody movie comes from the effort to show how ridiculous all of these specific characters ultimately are. That can surely be frustrating to some as far as having filmmakers clearly choosing to place themselves in the middle and point out the ludicrous nature of those who practically tip over the scale when it comes to aligning left or right, but I found that underlying choice of avenue to work for this heightened reality. 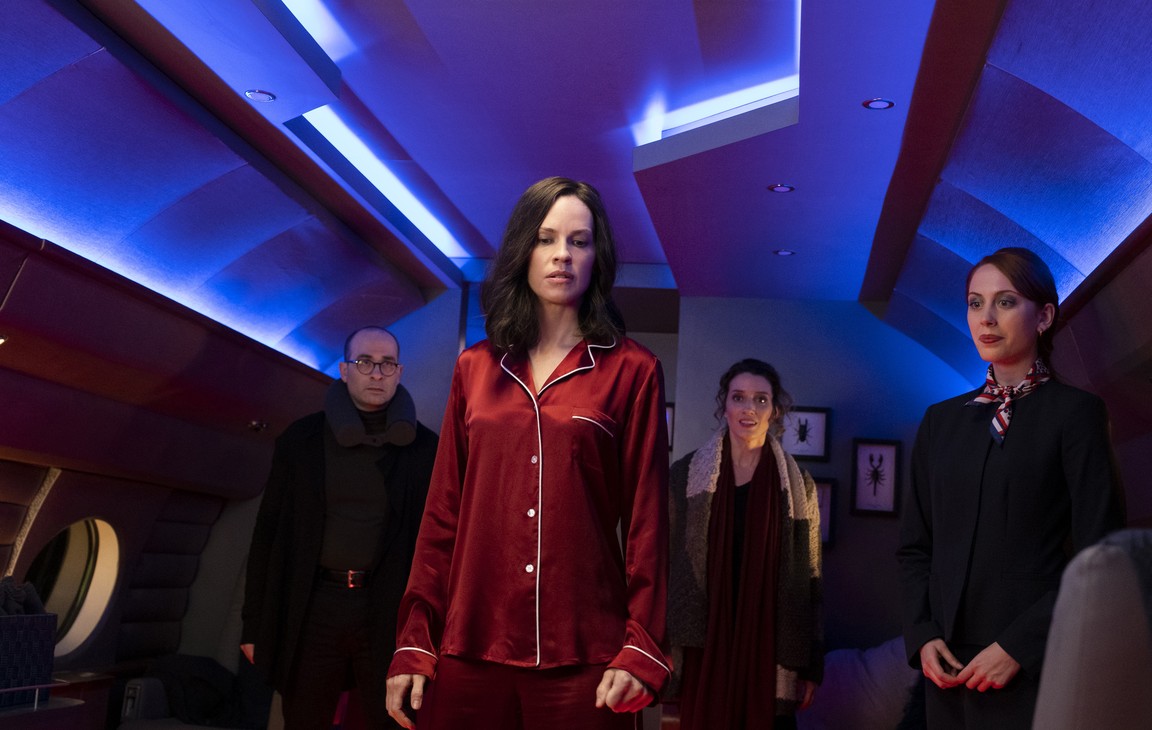 Moving past the potential for political discourse from those looking to analyze this film on a level that reaches beyond misrepresentation of whom this film is supposedly aiming its crosshairs at, The Hunt also works as a solid action-thriller, with a heavy dose of empowerment to go on top of it. While Ready or Not found a way to mix dark comedy with some skillfully staged sequences to make for a perhaps better-directed film, I had a lot more fun seeing Zobel create ways to mix things up with this feature.

A key to it all is the work done in establishing Gilpin’s character. It’s simple enough to have a protagonist who takes charge and beats everyone up, but enough is going on in the minimal dialogue delivery, facial expressions, and odd levels of quirk to make Crystal a very solid genre hero. Not unlike Sharni Vinson in You’re Next, Crystal goes well in a film that has no shortage of memorable characters, whether they last for one scene or several. That’s quite fortunate, as having a game cast is key to adding personality to a film that gets by on some gory surprises over impressive visuals. At the same time, the film’s final brawl is a sight to behold. 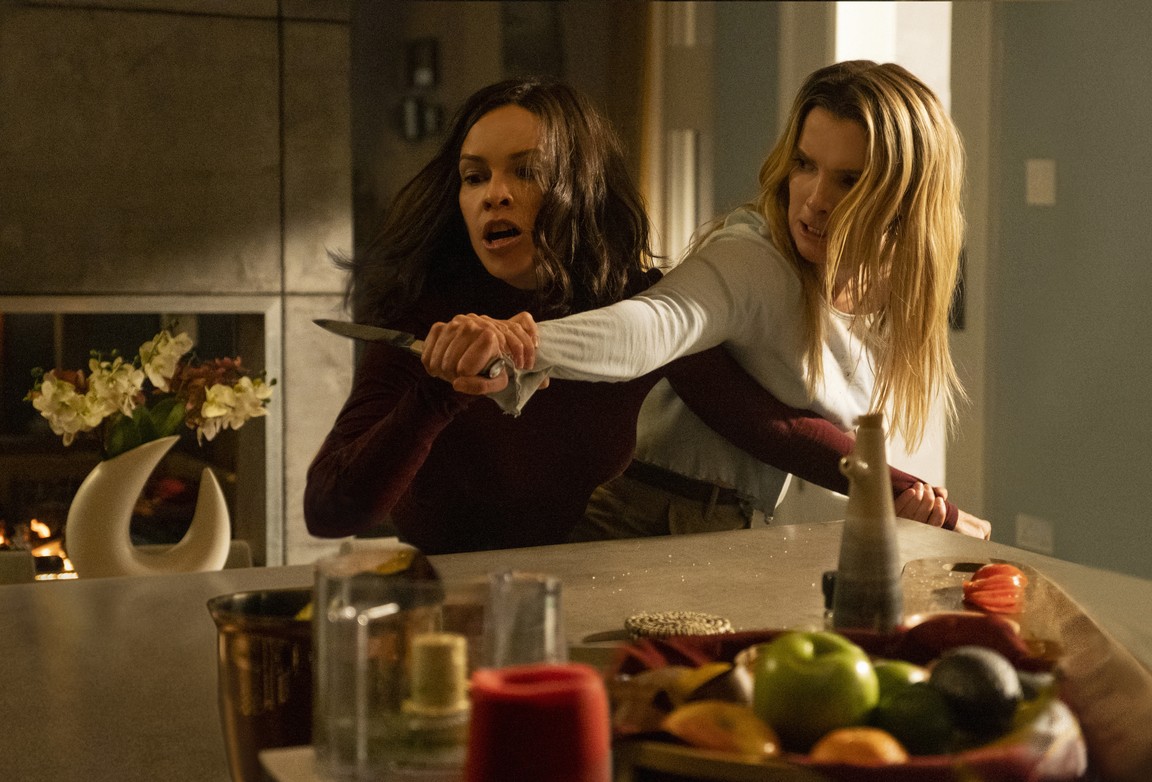 Clocking in 90 minutes, this is a short film, but one that doesn’t waste any time. Moments of explanation are worthwhile, and the film doesn’t overstay its welcome when it comes to both the premise, as well as the different characters we meet, let alone what they represent. That in mind, Swank’s time to shine comes in the final third of the film, and she similarly equips herself well. Not bad for a two-time Oscar winner who can gleefully sign up from a gritty grindhouse flick that doesn’t require her to deal with relationship drama or some kind of disability.

The Hunt doesn’t have nigh enough aspirations to work as anything more thematically rich than what is presented quite plainly. At the same time, it manages to mix heightened levels of tension with a very dark sense of humor to have the film leave an impact. The shock value goes a long way, but the time-sensitive nature of this film will no doubt find a way to anger those who willfully wanted to watch this film. Of course, things could be worse. We could be in a situation where this movie never sees the light of day because it’s too taboo, while Rambo happily rips the heart out of someone’s chest a week before The Hunt was originally supposed to open. Fortunately, everything just worked out the way it needed to, and people can now enjoy some uproarious, excessive entertainment. 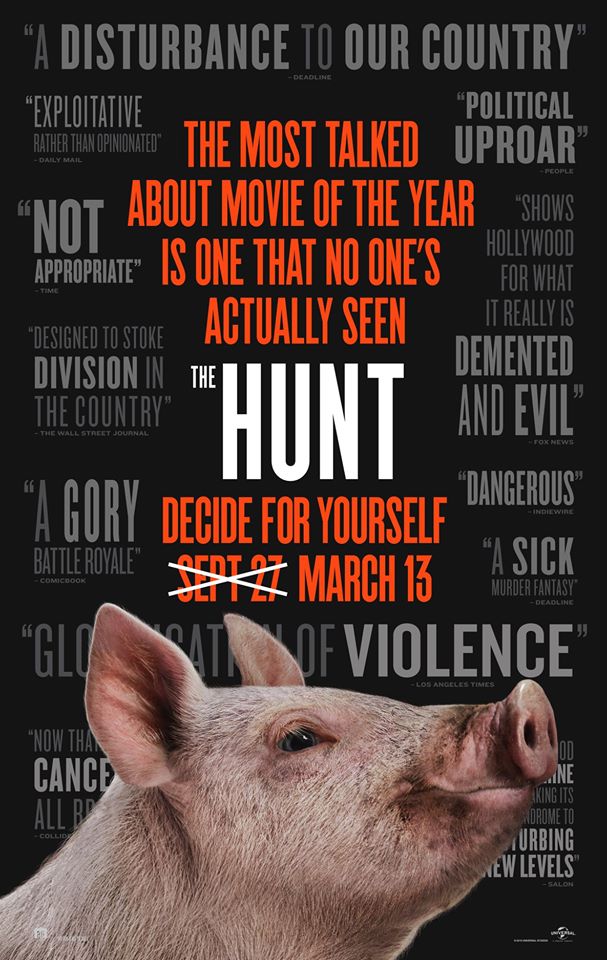 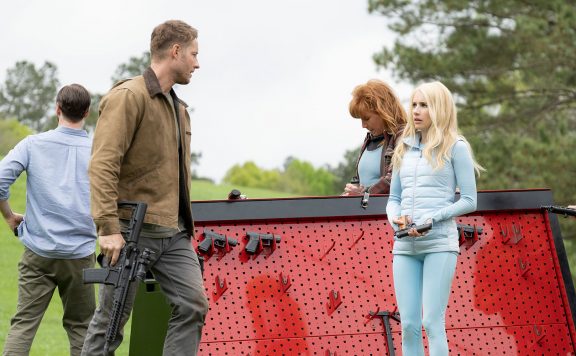