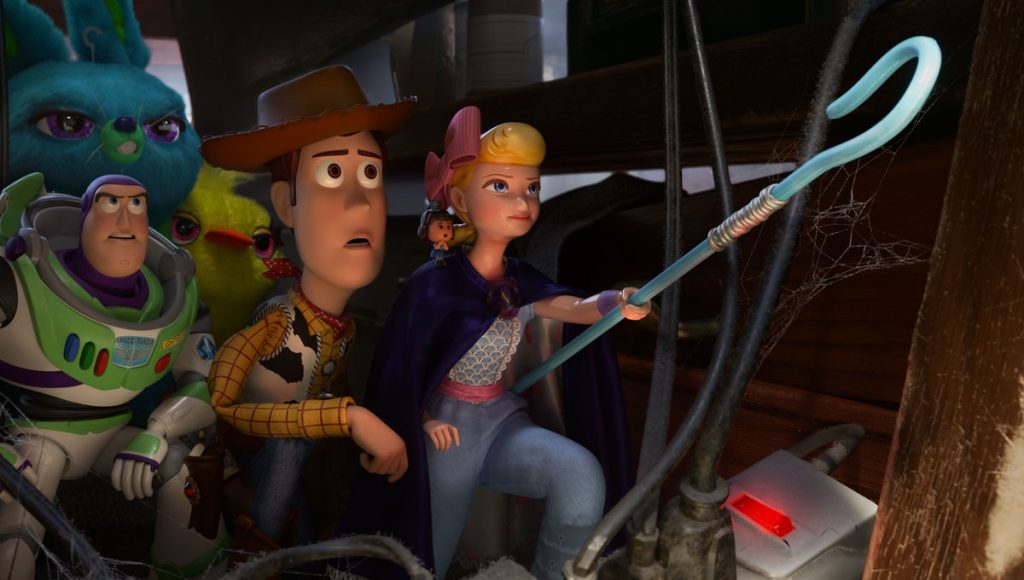 It’s funny to understand how respected a series is when you have an audience begging for it to end. Toy Story 4 is a Pixar sequel that had brought a concern to a lot of folks thanks to just how well 2010’s Toy Story 3 seemingly served as an emotional conclusion to the franchise. Of course, Toy Story 3 also grossed over a billion dollars, and Disney cares way more about repeating that level of success by entertaining new kids nine years later, as opposed to whether or not the grown-up kids and adults from back then are having anxiety over a fourth entry in their beloved animated franchise. Fortunately, Pixar cares a lot about Toy Story, the series that started it all for them, and the effort to make another warm, funny, and emotionally engaging entry shows.

Tom Hanks returns to what is, frankly, one of his best roles as an actor, Sheriff Woody, the pull-string cowboy who is always 100% committed to doing what is right for his friends and the kid he belongs to. Following a prologue that reintroduces us to Bo Peep (Annie Potts), the one main character conspicuously absent from Toy Story 3, we find Woody, Buzz Lightyear (Tim Allen), Jessie (Joan Cusack), and the rest of the toys continuing to be in possession of the imaginative Bonnie (Madeleine McGraw).

While the previous film provided a sense of closure to the story of Woody and the others as Andy’s toys, here’s a film that understands how to expand on the lives of the various toy characters. Toy Story 3 already took on many of the same plot elements of Toy Story 2 (still my favorite entry of this franchise), with added sentimentality, so, if anything, the ideal fourth film would be able to explore new territory. Thankfully, this does end up being the case, as we get to see how Woody evolves, in addition to further exploration of what it is to be a toy.

To help Bonnie on her first day in kindergarten, Woody sneaks into school and provides Bonnie with the supplies to create a new toy, Forky (Tony Hale). Made out of a spork, a popsicle stick, and some googly eyes, Forky doesn’t understand what he is, but Woody is set on making sure Bonnie stays happy by keeping Forky safe. This becomes all the more challenging during a road trip, as Forky attempts to escape. While making his rescue attempt, Woody soon finds himself reunited with Bo Peep, who has a new take on the life of a toy.

Toy Story 4 cleverly finds a way to ask two or three interesting questions about how to be a toy, and what lengths a toy should go to in preserving happiness for their owner. The film accomplishes this without being nearly as emotionally wrenching as Toy Story 3. It continues to deliver on intriguing metaphorical takes on growing up, with additional thoughts on parenthood thanks to Bo’s character, but it’s not trying to cut your heart out like the previous film.

While there are the poignant moments that have always been part of the key to success for Pixar, there’s a much stronger concentration on humor. The actors are certainly game to be as strong as ever in their vocal performances, which has Toy Story 4 working effectively as an animated character study, but the film is also flat-out hysterical. 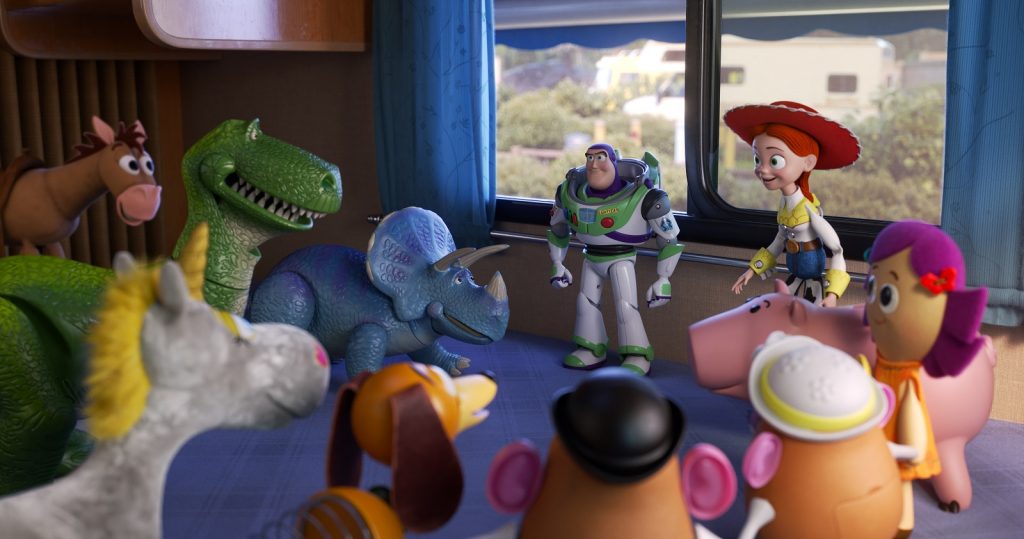 At this point, I’ll never stop being impressed with the elaborate gags of how toys secretly sneak around or accomplish specific tasks in this world. Watching Woody, Buzz, and Bo show off the various ways they can get through a crowded fair, streets, and shops is a delight. At the same time, these bits tend to be hilarious in all the ways they combine a level of tension with just the right punchline to make these scenes work. Their interactions are also great, as Hanks, Allen, Potts, as well as the rest of the gang that includes a returning Wallace Shawn, John Ratzenberger, Kristen Schaal, Bonnie Hunt, Jeff Garlan, and many more, all seem to fall into the right attitude pleasant enough for all audiences. All that said, several new characters certainly make an impression.

Tony Hale gets a lot of mileage out of playing up his naivety of being a child’s plaything, and there are some great other additions as well. Christina Hendricks plays Gabby Gabby, another pull-string doll who takes the wrong actions for sympathetic reasons. Ally Maki is Giggle McDimples, a tiny toy from a pocket-sized playset, and Bo’s second-in-command. Keanu Reeves rides in as Duke Caboom, a Canadian motorcycle stuntman toy, and another example of Reeves being a dominant force for good in 2019. For me, best of all was Keegan-Michael Key and Jordan Peele as Ducky and Bunny, two stuffed animals attached by the hand, with plenty of attitude. I won’t spoil any of the jokes, but these two have a standout sequence that may be the most sustained laugh I’ve had for this entire franchise.

Laughs aside, there is an excellent movie here thanks to some chances it takes in exploring the mindset of these toy characters. As a film meant for all ages, Toy Story 4 does just enough heavy-lifting to delve into the existential crisis Forky and Woody are going through for different reasons. They are dealing with their relevance in the lives of others, and that path towards acceptance becomes rewarding for both characters. This becomes all the more apparent when Bo Peep is reintroduced into the story, serving as both a free-spirit who accepts being a toy anyone can play with, as well as being a caretaker to the community of toys she now helps shepherd. 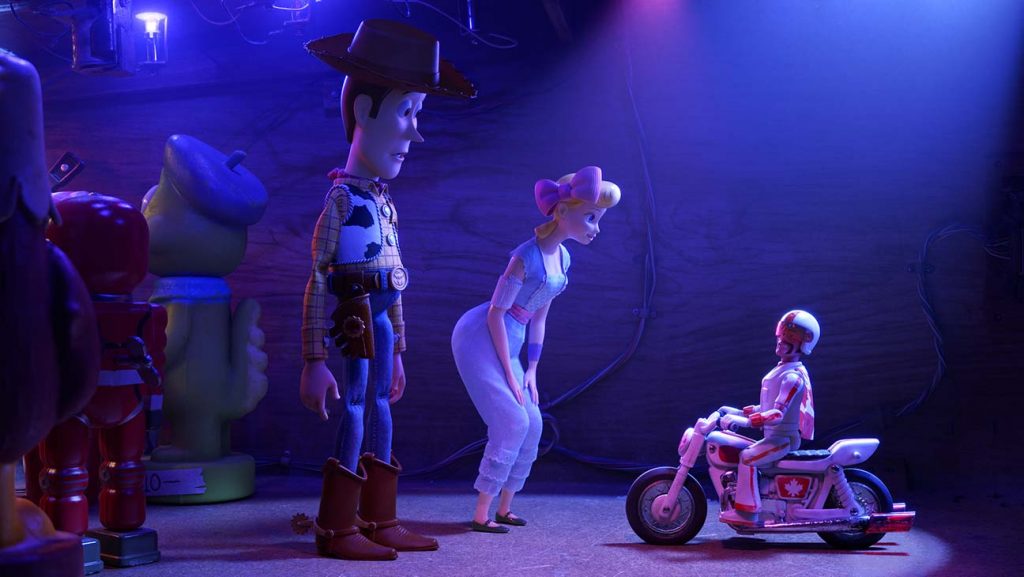 At first, I thought the level of focus on these three was going to sideline the other characters but was proven wrong. There’s a solid balance here, made all the more hilarious once Buzz has his chance to help (another great running gag about his “conscious” becomes vital here). They are all still mainly supporting characters, but they have their time to shine. It’s a credit to director Josh Cooley, and the various writers involved, that Toy Story 4 can effectively deliver on a continually evolving Woody and a maturing of the other characters. All handled while audiences receive a fast-paced story with no shortage of character work or impressive visuals.

The animation is terrific, by the way. This should be no surprise, as we have seen just how far Pixar has come since 1995. Toy Story and Toy Story 4 look practically night and day (or Day and Night) from each other, despite holding onto the original characters. From the stitching on Woody to the many details found in the old antique shop that serves as a primary (and mildly scary) setting, this film is a visual treat for all to see. I even appreciated some wonderful “camera” moves to show the passage of time. It’s not as though this was a concern going in, but the care that goes into the animation remains impressive.

Most things about Toy Story 4 are impressive. As the defining franchise of Pixar, no expense was spared in creating another fantastic entry into it, whether this one is a real finale this time or not. The idea that Woody could continue to grow as a character, all while supplying an incredibly satisfying story on most other fronts means real success was had. The film is incredibly funny, meaningful, and handled very well as far as relying on what has been treasured about this series without overloading it with nostalgia-based emotional beats. Toy Story 4 is smart about justifying itself to those questioning its existence while continuing to work as an animated friend for all ages. 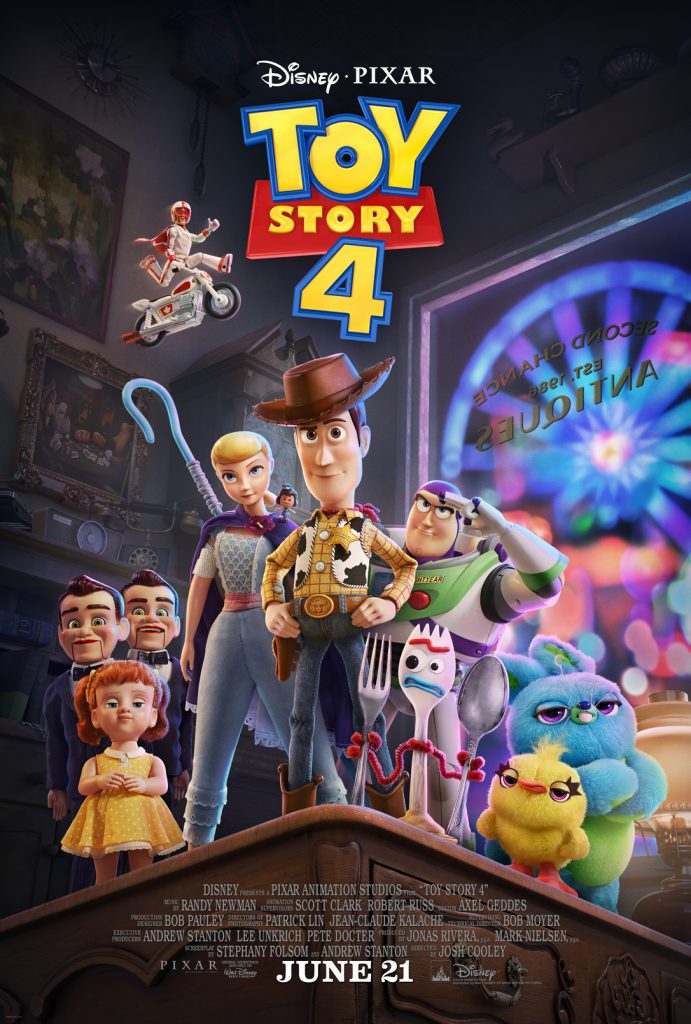 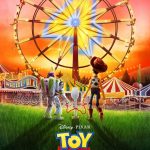 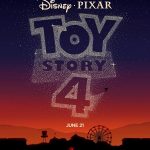 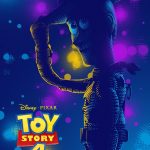 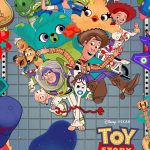 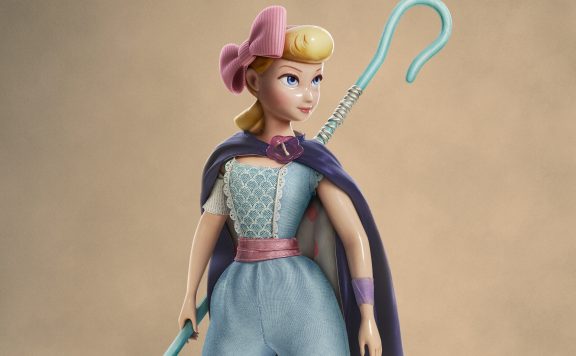 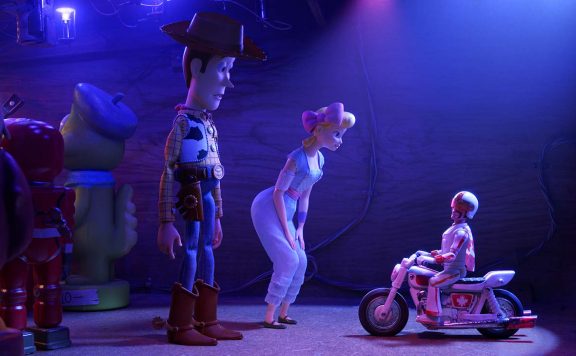 Review: A Hysterical ‘Toy Story’ For The Ages