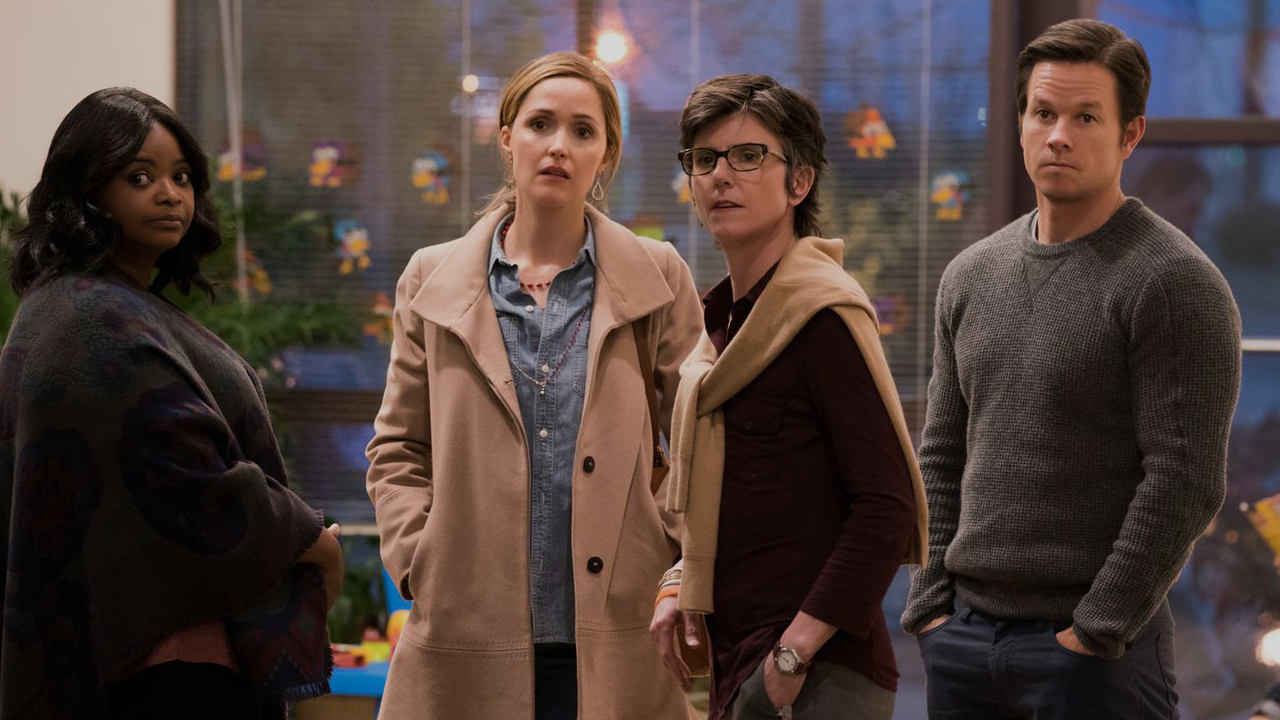 Thanksgiving is stuffed full of traditions. Friends and family gather around the table, football is plastered to the TV and an uplifting and timely film hits theaters made for the entire family. Nearly a decade ago, The Blind Side captivated audiences with its family-centric sports drama. Last year’s Wonder opened our hearts to young Auggie (Jacob Tremblay), a young boy seeking friendship and acceptance. Sean Anders’ Instant Family, has ultimately fulfilled that void this year through the lens of foster family dramedy.

With Anders at the helm, one would’ve expected Instant Family to translate into a raunchy comedy overshadowing the adoption plot. A directorial record that includes Sex Drive, That’s My Boy, Horrible Bosses 2, Daddy’s Home and Daddy’s Home 2 points into that direction. Gladly, Instant Family doesn’t resort to juvenile antics and crudeness, tugging for some of 2018’s most sentimental moments. The film borrows from Anders’ own experiences to some extent and there’s this aura of a passion project at hand. Co-writing the screenplay with fellow collaborator John Morris, Anders projects some of his most paramount concepts of his career.

Instant Family handles itself as a cyclical account of fostering and adoption. As new parents, Pete and Ellie try their best to provide the most stable arrangement for three youngsters. However, it’s a constant case of trial by fire for the couple, unsure of how to tackle teenage angst, tantrums and insecurities. As soon as the couple start to make sense of some progress, situations spiral out of control. Each of the kids stays within the range of characterizations. Lizzie butts heads with the adults with provocative dress and manipulative attitude. Juan and Lita have their moments as well, whether it be an unexpected hospital visit or mayhem at a Big Lots. They certainly put Pete and Lizzie’s newbie parenting skills to the test. But for every rough moment, Instant Family champions that love is stronger in the long run, blood-related or not.

Connections are much deeper than genetics. While Instant Family is permitted its fair share of fun, it doesn’t sugarcoat what it means to foster or adopt a child. Partway though the film, one of the characters mentions that it “takes a special sort of person” to enter into such a commitment. Two hours isn’t enough to approach adoption to the fullest. But for someone a bit hazy on the subject, there’s an adequate amount of material to work with. The dynamic is rich coming from both the parents’ perspective as well as the three kids. We gain insight from Moner’s Lizzie the most, who’s walled herself up with years of distrust. Concurrently, she opens up to her younger siblings as the maternal figure to the trio.

It’s a real joy to see this ensemble flourish on the big screen. Wahlberg and Byrne are a fine husband-wife duo, never overextending the comedy. There’s chuckles, but no distasteful humor afloat. Those two have traveled down that road before, but this more subdued, family-friendly approach has its charm. Wahlberg and Moner reunite for the first time since Transformers: The Last Knight, proving how much a script can affect their chemistry. Additionally, Octavia Spencer is always a delight, bringing her lovable signature sass as the go-to social worker paired with the equally fun Tig Notaro.

Very few films as of late have had as big of a heart as Instant Family. Timed perfectly for the holidays, it’s a surprisingly charming comedy for families and friends to simply bond over.

Review: ‘Instant Family’ Warms Up the Holidays with a Helping of Feel-Good Fare