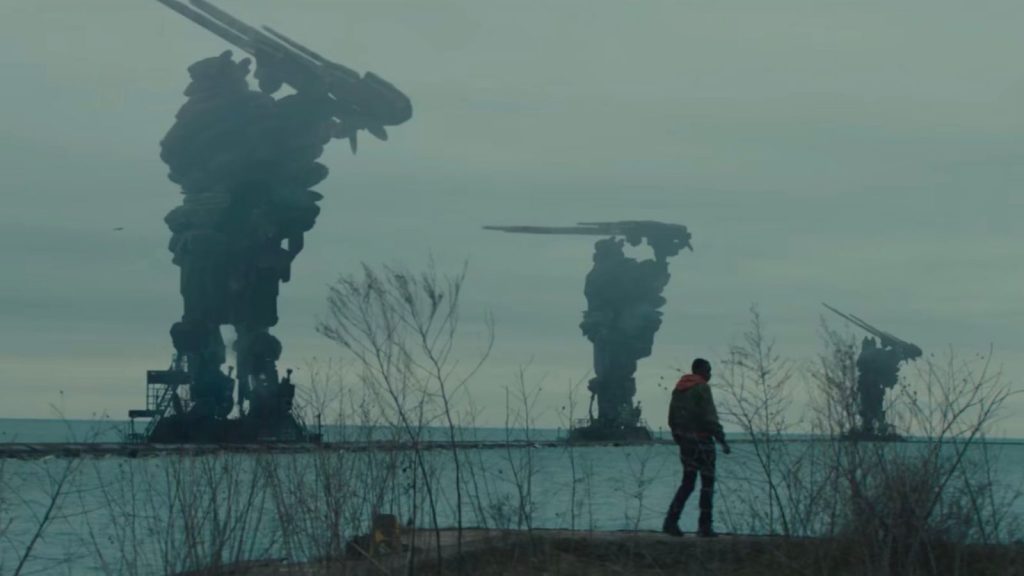 A film about an alien invasion is not too uncommon at this point. There’s usually a high level of destruction that comes with it, as humans don’t take too kindly to major cities being attacked by flying saucers and CG armies. At the same time, some invasions arrive in a subtler fashion, hiding in plain sight. Captive State takes a different approach by fast-forwarding ahead of the actual attack. The world of this film exists at a point where the earth has settled on having extraterrestrial forces governing humanity. It’s an intriguing take, given how grounded everything feels, and once the film settles into a groove, it’s highly engaging.

Set in Chicago, nine years after the alien arrival, the film follows several characters on both sides of the conflict. John Goodman is a detective tasked with monitoring rebellious activities. Ashton Sanders is the younger brother of a high-profile rebel leader (Jonathan Majors). Others, including Vera Farmiga, Alan Ruck, Kevin Dunn, and James Ransone, all have roles placing them on either side of the line as far as accepting or working against the aliens.

There’s a gritty atmosphere in place that relies on handheld camerawork a bit too much for its own good at times, but the important thing is letting the visuals tell the story. While the opening lays out a good amount of information, Captive State very much wants the audience to get a handle on how things operate for themselves. We watch various exchanges take place, characters interact with very little dialogue, and viewpoints shift pretty frequently in an effort to create an effective visual language. 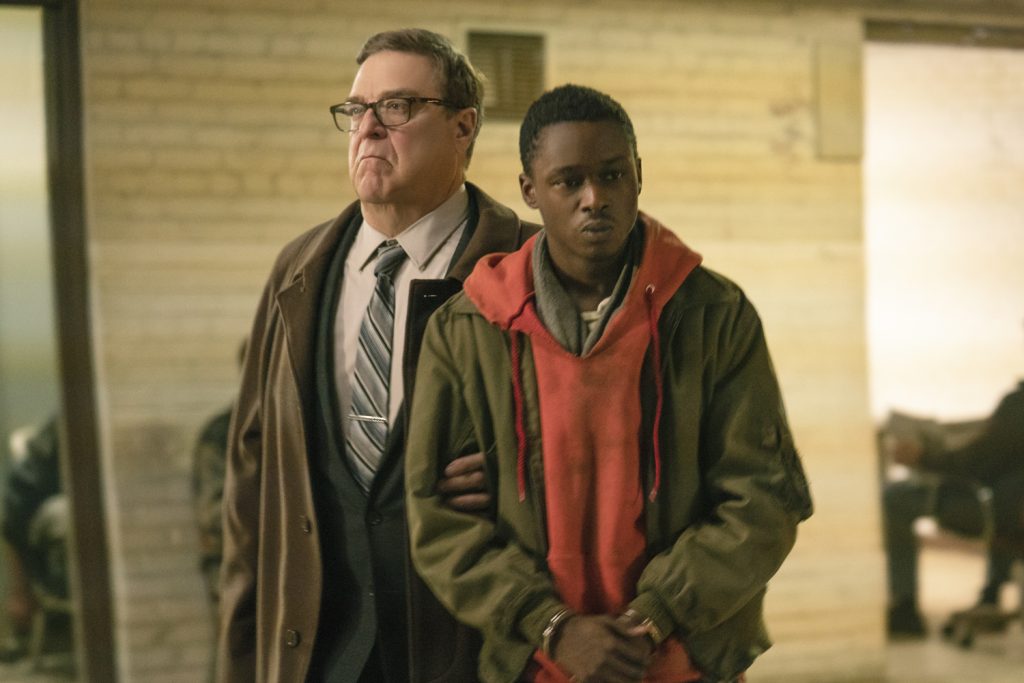 I was reminded of films like Steven Soderbergh’s Contagion or even Gillo Pontecorvo’s The Battle of Algiers, given the focus on both authority and guerillas. I can’t imagine director and co-writer Rupert Wyatt (Rise of the Planet of the Apes) wasn’t aware of one of the most influential films of all time when attempting to incorporate cinema verité into a moderately budgeted b-movie about aliens. It doesn’t rise among the ranks to the highest of levels as far as overall quality, but I can admire what’s being attempted.

Captive State manages to accomplish plenty by showing, as opposed to telling. While the opening act may feel like a bit of a chore as far as finding a throughline for what is being revealed, things eventually click into place quite effectively. A series of events plays out wonderfully when it comes time to arrange all the pieces for a big plan of attack against the aliens, followed by the fallout of those actions. It relies on constant editing between several characters, with a trust in the audience to see how all these things connect.

It’s not all easy to follow. While there is a payoff to almost everything that is introduced, Farmiga’s role, in particular, will likely be frustrating to many for a majority of the film. Meanwhile, Goodman’s stern face is enough to keep you engaged with his activities, though you’ll either understand him all too well or be baffled by why he takes charge in the ways that he does. That said, it’s hard to knock the performances. Sanders, for example, brings a brashness that feels just right, given how this movie sets up his character. 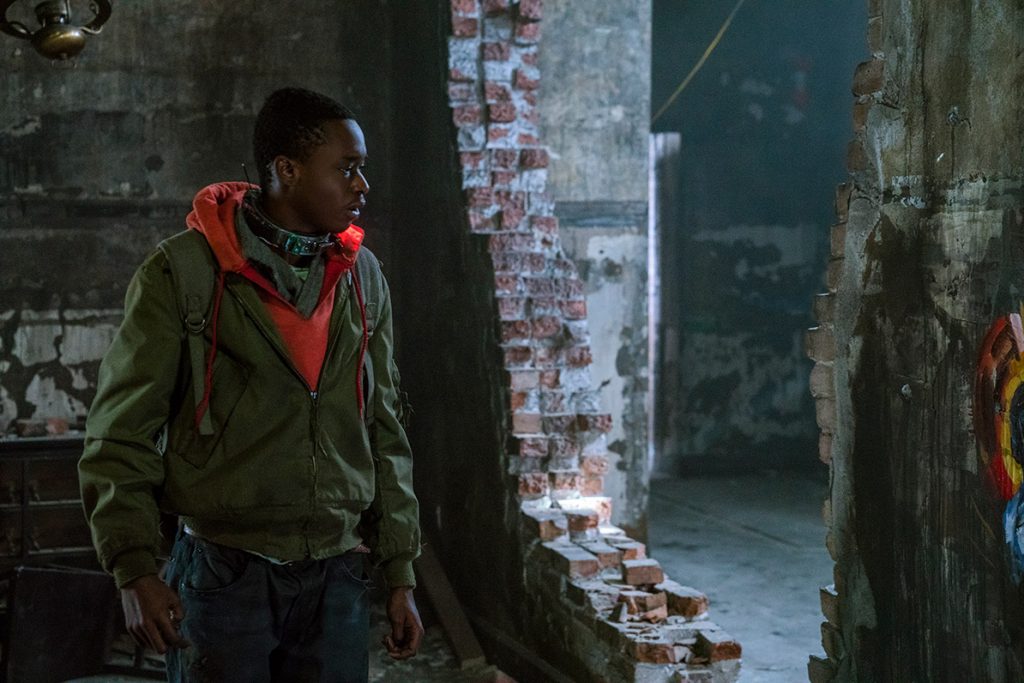 There’s also a lot to like about how we see this world ruled over by aliens. Characters speak in shorthand when it comes to explaining things, which helps relay a sense of mystery, without feeling like the film is purposefully withholding. You know about as much as you need in a given moment, and the rest is communicated visually and effectively.

With a lower budget, Captive State can only do so much with visual effects, but I enjoyed the take on alien designs for this feature. It’s a unique creation that feels unlike what I’ve seen in recent films, happily fitting alongside Arrival as being something wildly different and out there. They’re never seen in anything but darkness, but I can forgive this, given what is delivered.

In addition to aiming for something different, there’s no doubt plenty of sociopolitical subtexts to draw out of the film. This is not unlike practically any sci-fi film, going back to McCarthyism and the original Invasion of the Body Snatchers. For Captive State, setting the film in Chicago and having much of the film focus on government forces digging through various urban zones to stop uprisings allows for plenty of thrilling intrigue on a variety of levels. 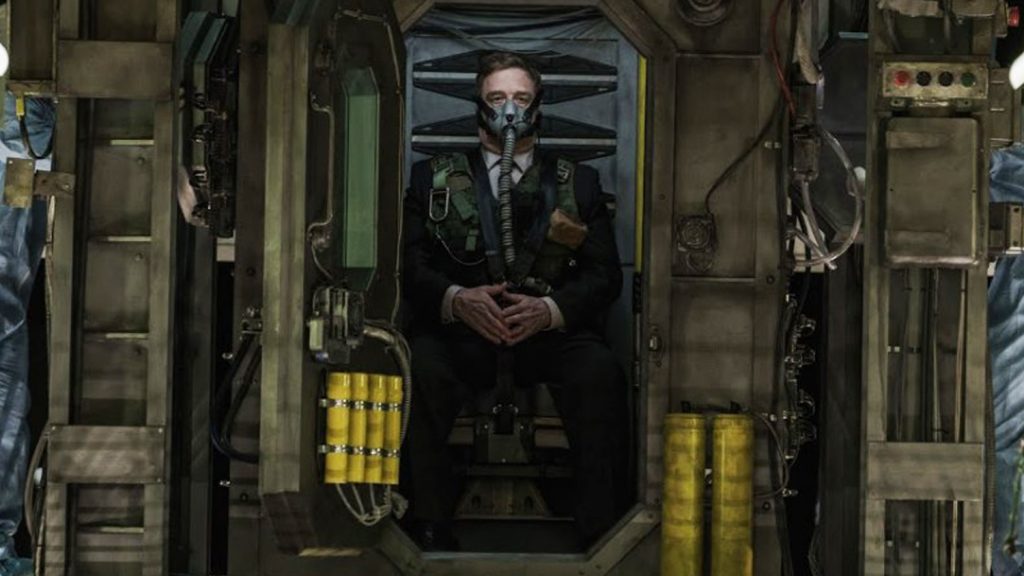 Will it connect with a broader audience? I’m not so sure. Last year, Annihilation was distributed by Netflix overseas as the movie wasn’t deemed to have enough appeal for a theatrical release for international audiences, while barely earning much domestically. Captive State has bursts of action, a downplayed look at the actual aliens in question, lead characters who are either passive or working against expectations, and an unconventional structure to tie it all together. Frankly, it’s a miracle this movie was even able to get made in 2019.

As it stands, Captive State has a lot on its mind, with plenty of bits of detail thrown into a jumble of a film. I wouldn’t say I wanted more, as it delivered what I felt it wanted to, given the limitations Wyatt likely had. At the same time, this feels like the kind of project that forces filmmakers to think on their feet, allowing for the sort of ambition that most giant tentpoles cannot go for.

While the unconventional structure may have elements that detract, there was enough working for me to be captivated by what was being explored. With Rob Simonsen’s terrific score working overtime to win me over, I can happily say I was excited to see the ignition of this war of worlds. 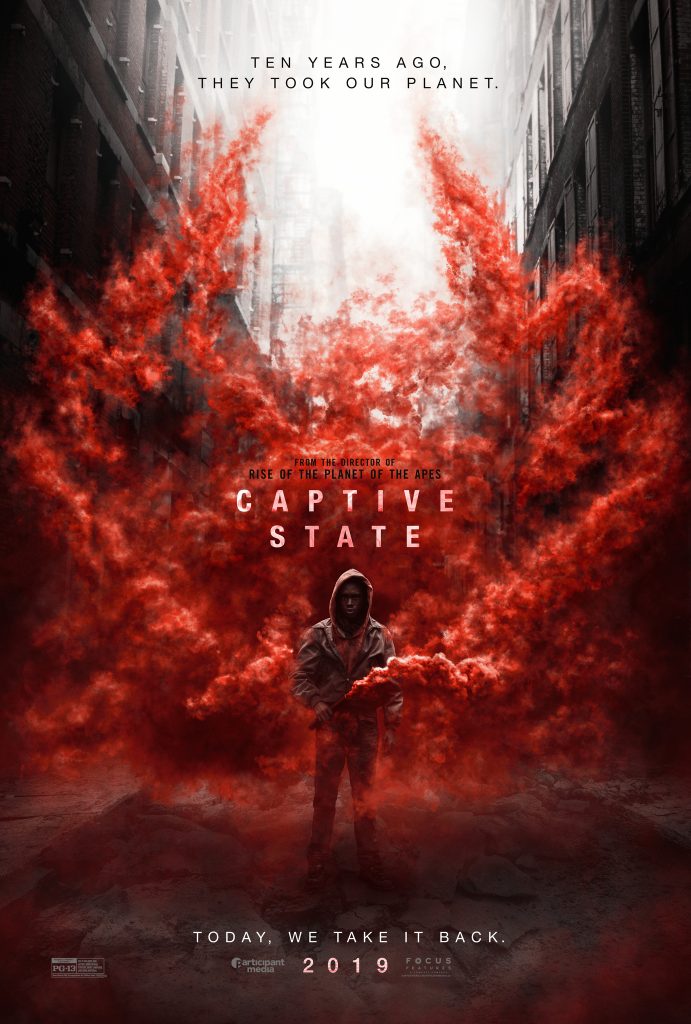