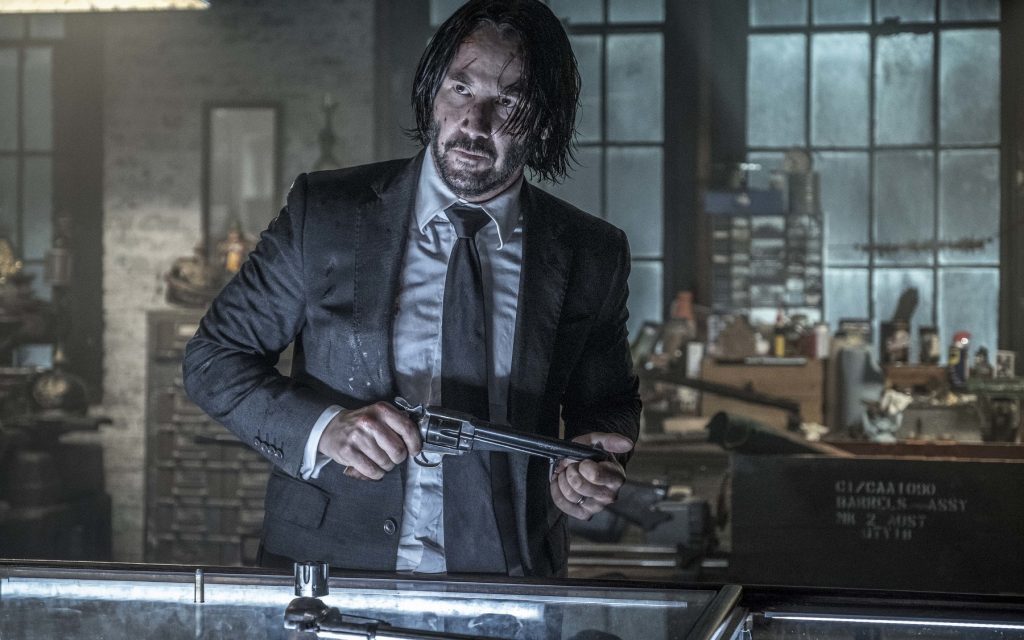 The simplest of ideas can lead to the wildest of stories. That has to be what someone, whether its director Chad Stahelski, writer Derek Kolstad, or star Keanu Reeves, must have been thinking while making John Wick: Chapter 3 – Parabellum, the second sequel in a series that began with a former assassin taking revenge on the man who killed his dog. Yes, it’s ludicrous to think about the many dead bodies that have piled up all due to the wrong puppy getting offed, but who are we to judge a man who only wanted a way to grieve? More importantly, how much does the origin matter when so much effort to develop a world of assassins is here to go alongside the many exciting ways we see Mr. Wick take down his adversaries? If you’re lining up for the action, with a humorous self-seriousness to help wash it all down, Parabellum is here to entertain.

The film picks up moments after the end of John Wick: Chapter 2, which found Reeves’ legendary hitman on the run, with a $14 million contract on his head. He broke the rules of the secret assassin organization, and all his privileges have been revoked. Escape may be his initial plan, but John will have to call in favors from all over, including a former trainer (Angelica Huston), and a close friend (Halle Berry), to figure out his next move. In the meantime, various actions taken by some of John’s associates (including Ian McShane and Laurence Fishburne) have consequences, which will bring out many more assassins on the hunt for their twisted version of justice.

There is something quite refreshing about a straight-up action film becoming such a major event for movie fans. Particularly one as no holds barred as John Wick. While the Mission: Impossible films have found a comfortable rhythm pushing the limits of its star in the most dynamic of ways, and the Fast & Furious films deliver vehicular mayhem on top of the family-based melodrama, John Wick fits comfortably in the realm of R-rated violent action. 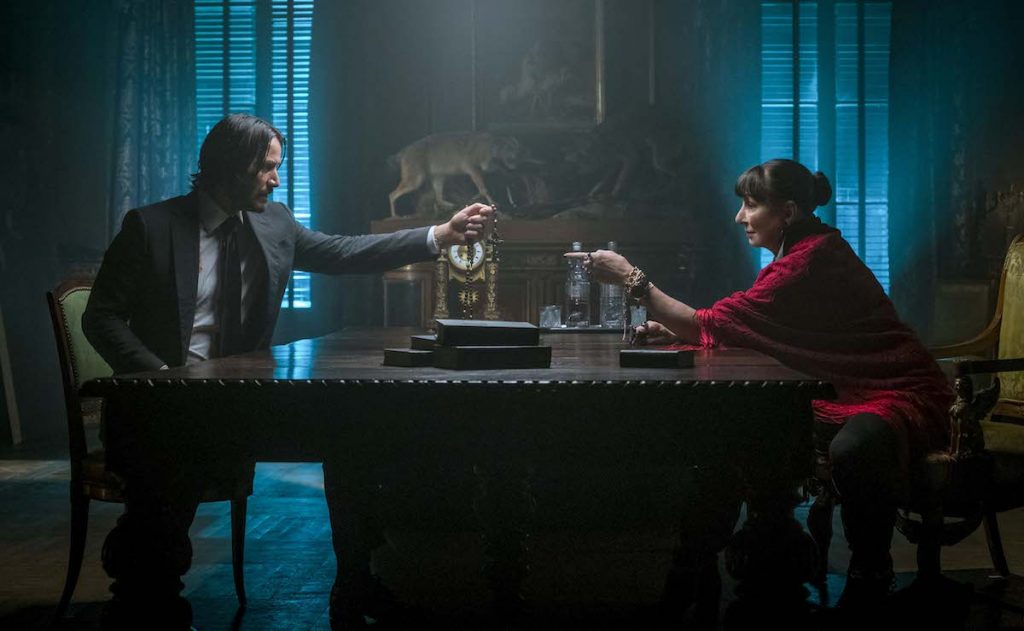 While the choreography, filming, and editing of the fights is plenty stylish (and better than most fights we see in films today), the kind of action we see is as brutal as it is flashy. John doesn’t fight his opponents to show off; he fights in a manner that finishes them off quickly. Once again, there are plenty of direct headshots, knives to the head, rough body blows, and more, to make sure the enemies are taken down as quickly and efficiently as possible. Fortunately, Stahelski and company have only grown in their abilities to show why John Wick is a name to be feared.

The first film allowed us to see a wild animal emerge from his cage, seeking vengeance. Chapter 2 opened up the world a little more, as John reluctantly carried out a mission requiring his expertise. This third chapter has John backed against a corner for a good portion of the film and fighting his way out the best he can. More notably, while many of John’s fights in the previous films have been one-on-one battles, Parabellum is happy to thrust the man into group battles. John is often finding himself taking on multiple adversaries at once this time around, and he doesn’t always have a gun handy to fend them off.

A great accomplishment for this series is how the filmmaking keeps the action from growing repetitive. At 131 minutes (w/credits), this is the longest entry yet, and even if the extended final battle goes a bit long, there’s so much great variety in all the shootouts, fist fights, motorcycle chases, and horse chases that it’s hard not to applaud all the work that went into setting up so many successful set pieces (a battle set in a glass-based room is particularly impressive). With a release date during the Summer movie season, it’s no surprise to see this film feel the most expansive of the series, with action arriving in regular intervals, yet for all the ways we watch this film deliver big on the combat, the story attempts to keep things contained. 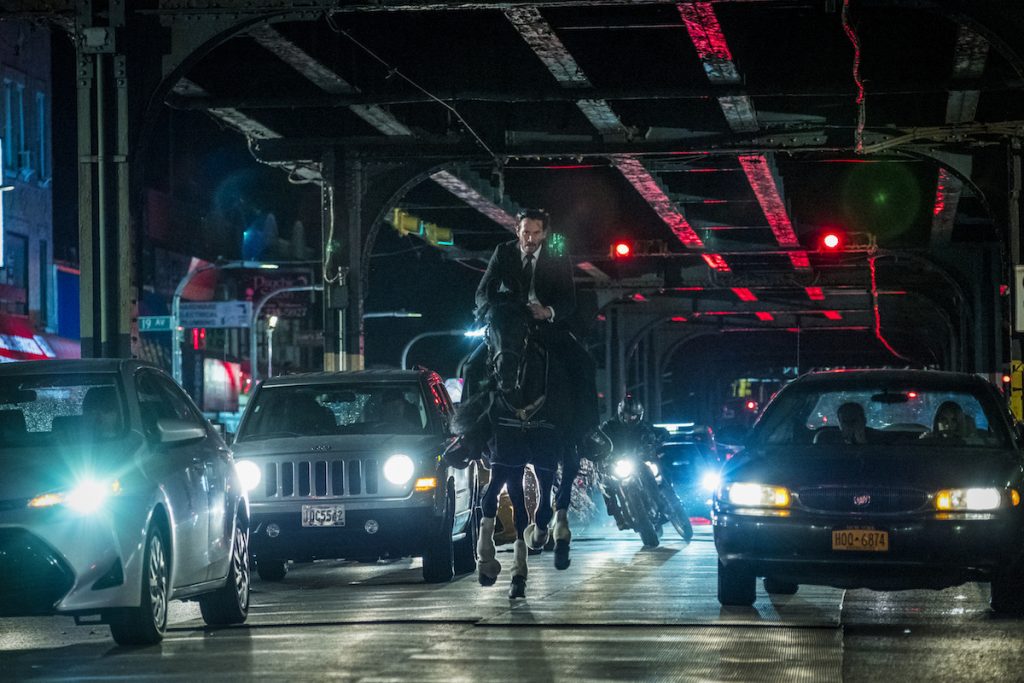 There are a lot of moving pieces this time around, as Parabellum is heavy on expanding the rules of this world of assassins, the Continental Hotel system, and the High Table than runs everything. The curtain is even pulled back a bit on where John came from to some degree. And yet, for all the convoluted aspects of the story, much of the plot concerns tying up loose ends. This means minimizing a lot of the fallout from John’s path of destruction. The results are a bit mixed.

As we get further away from the first film’s core story, it also means getting less characterization from John. That’s not to put down Reeves, who continues to be terrific in both his physical ability as well as the unique stoicism he brings to the role, there’s just not the same emotional drive that launched his character. Instead, much of the hardboiled dialogue is handed off to the other notable figures. And with so much moving away from John, it makes the plot feel more essential than ever. Where John Wick: Chapter 2 was so visually stunning and minimalist in its approach that you could practically run it as a silent film with few changes, Parabellum requires more attention.

Fortunately, the more the viewer invests in the world of John Wick, the more rewarding it may become. McShane and Lance Reddick have expanded roles, as the Continental is more critical than ever this time around. There’s also Asia Kate Dillon as the Adjudicator, a go-between detailing what various ranking leaders in this stylized world need to do to stay in the good graces of their superiors. Another assassin played by Mark Dacascos adds real zeal to the film by showing off he and his stealth team of assassin’s prowess in assisting the Adjudicator, as well as fandom and admiration for the legendary John Wick, who they also intend to kill (two notable stars from The Raid series occupy roles here as well). 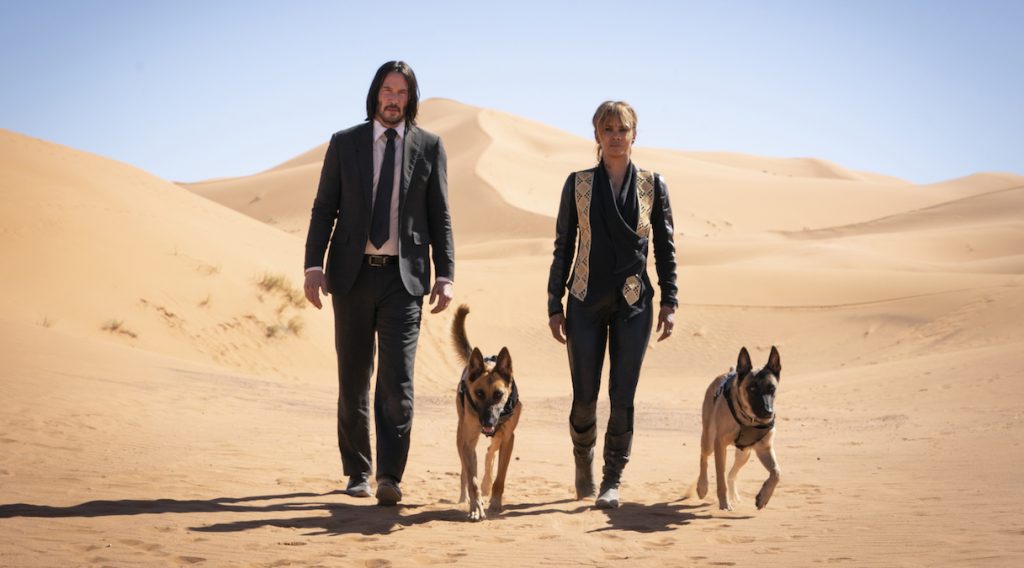 That in mind, these points merely address the New York-based portion of the movie. Parabellum does take time to go abroad to Morocco, Casablanca to be exact, for the sake of combining an exotic locale with more incredible action. This is where Reeves and Berry are allowed to show off their chemistry as friends and battle partners. And fortunately for the film, Berry proves to have what’s needed to be as efficient and cold-blooded as her co-star and helped by two ferocious dogs, no less. An extended battle finds the camera shifting between the two, as they take on many adversaries with the impressive skills they have both been afforded as killers. Adding dogs to the equation only feels right for this series.

Additionally, even if a viewer is not as fascinated by the world of these assassins, there’s still a lot to like here. If the expansion of the Continental and other aspects in the second film led to a more gothic approach to the neo-noir sensibilities of this series, this third entry takes on a more overt reverence for the kinds of films that inspired the filmmakers. From a homage to one of Sergio Leone’s classic westerns, to a nudge towards Andrei Tarkovsky, to clear admiration for many eastern martial arts flicks, Parabellum is packed to the gills with references further showing off how much fun this film wants to have with being a kick-ass action movie. We may be in definite video game territory at this point, considering all the battles John gets into with his bullet-proof suit, but there’s no reason I wouldn’t want to play along.

John Wick: Chapter 3 – Parabellum is a blast. There’s a thrill-a-minute in the way we see so many action scenes unfold, with the excitement rarely dying down. Even as the film veers away from the emotional core that started it all, Reeves is still in full control as a force to be reckoned with. We want to see John Wick succeed in his constant fights for his life, and thankfully Chad Stahelski applies all the right touches to keep those fights coming in all sorts of ridiculously brutal ways. This chapter may have ended, but I’m all for seeing where the rest of the book goes. 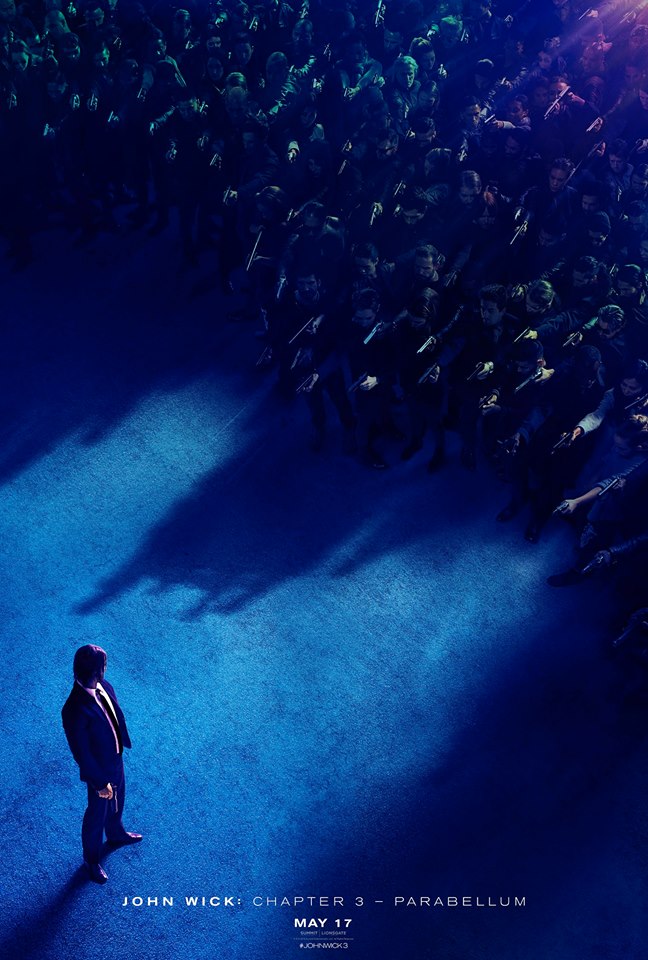 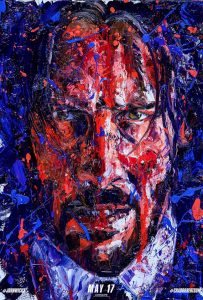 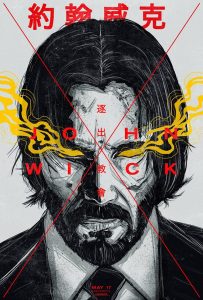 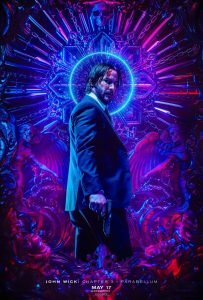 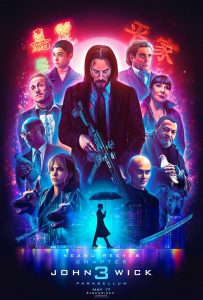 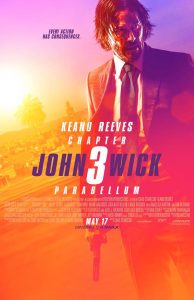 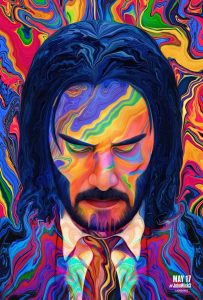 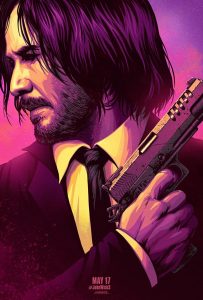 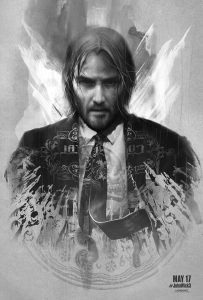 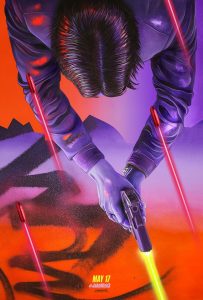 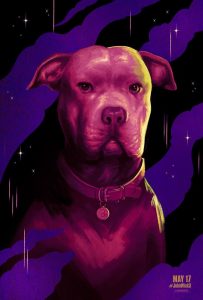 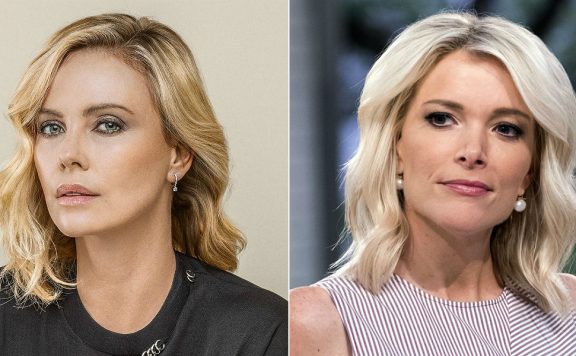