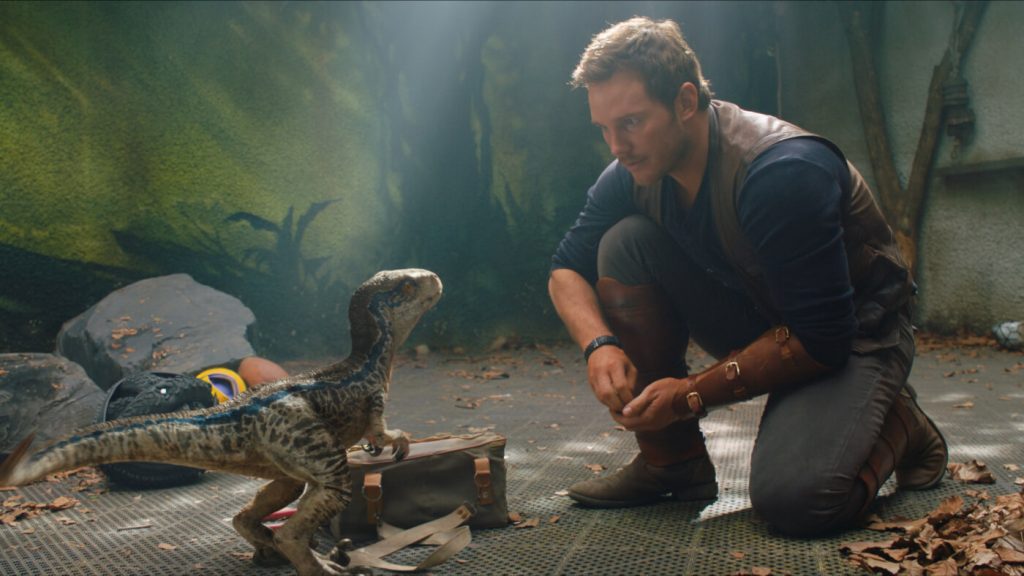 Something I’ve kept in mind with the Jurassic Park sequels is how to gauge my expectations. When Steven Spielberg is only able to make a barely-average follow-up to his 90s blockbuster classic, I don’t have much issue lowering the bar for more dinosaur adventures. Jurassic World: Fallen Kingdom continues the tradition of being a merely decent entry in the ongoing franchise. It has enough elements to work as passable entertainment but misses out on delving even further into some of the rich ideas the film seems to have on its mind. Director J.A. Bayona is at least able to lend an artful touch from a visual standpoint but only so much can be accomplished when a film settles for easy thrills in an admittedly unique location.

Interestingly enough, Fallen Kingdom finds a way to go even bigger, in terms of scale, than the hugely successful Jurassic World, and eventually settles for smaller as it goes along. Much of the enthusiasm for this series lies with the chance for audiences to see dinosaurs on the big screen, but that’s not as exciting a prospect as it once was these days, what with so many other blockbusters that can match these sorts of thrills with different grand-scale levels of spectacle. Part of what made Jurassic World work was the consideration of that very fact and developing commentary on it through its story. Fallen Kingdom doesn’t have the benefit of capitalizing on blockbuster commentary, let alone the killer idea of seeing a fully-functional dinosaur-based wild animal park, so it charts new territory.

Conceptually, I could see what writers Colin Trevorrow and Derek Conolly were after. Being the fifth film in the franchise, there are only so many ways to have dinosaurs chase people around on an island, so what if the island was taken out of the equation? That’s the logic employed, as the story picks up three years after Jurassic World, with the dinosaur residents of Isla Nublar now threatened by an impending volcanic eruption. With the dinosaurs facing re-extinction (never mind that other island introduced in The Lost World: Jurassic Park that continues to go unmentioned), the question has now become whether it is right to put resources toward saving these animals or let nature take its course.

This inciting incident is one of several ideas that sadly doesn’t get explored any more than it needs to. It’s a setup that is merely enough to get our main characters involved. There’s also room for further debates concerning genetic engineering (featuring the always welcome B.D. Wong), commentary on the activities of the super-rich, an exploration of animal cruelty, the concept of nature vs. nurture but with dinosaurs, challenges that face the global ecosystem, and a gothic haunted house movie for good measure. Giving the film credit where it’s due, it’s not like Fallen Kingdom wasn’t trying to be about something. The issue is more in how it works so hard to fit in everything but comes up lacking in having us care more about who is involved.

Something these Jurassic sequels seem to miss out on continually is having human characters that measure up to what Jurassic Park provided. While the dinosaurs offer memorable visuals, think of all the great conversations, one-liners, and other moments that feel embedded in the mind or can frequently be cited as memes. Fallen Kingdom continues the tradition of finding a good set of performers to keep track of, but it’s also the latest sequel to not have much of an idea of how to utilize most of them.

This is particularly a problem with the villains. While Chris Pratt and Bryce Dallas Howard are fine as our returning protagonists, and Justice Smith and Daniella Pineda add some energy as new additions on the side of the good guys, the opposing forces end up being far too cartoonishly evil. It’s understandable to have characters around in a monster movie to see them get their just desserts in the form of movie logic (horrible death by way of being eaten), but Fallen Kingdom really stacks the deck with Rafe Spall, Ted Levine, and Toby Jones all serving as varying forms of evil. A smarter film could at least find the ways to draw out the similarities between those who had once exploited the thrills of seeing dinosaurs with those currently looking to capitalize on them. Instead, this is the sort of film that sums it all up in a monologue, because it’s faster.

As far as the spectacle is concerned, Fallen Kingdom has plenty to offer. This film has the most dinosaurs we’ve ever seen in this franchise (including several animatronic dinosaurs), and there’s certainly a lot to marvel at. The Jurassic series is never going to be able to recapture the wonder of seeing a dinosaur come to life, but it can continue to find exciting ways to insert them into the world. For Fallen Kingdom, there’s a genuine attempt to make a very emotional film out of the dire situation many of these dinosaurs face, thanks to the volcano. The resulting action that makes up the first half of the film (shot wonderfully in CinemaScope) reflects this and Bayona does what he can to make some darker moments for this series land.

The second half builds towards becoming a horror film of sorts, which is intriguing to a point. It means getting the latest iteration of a deadly raptor and raising the tension in ways perfectly suitable for a four-quadrant summer audience (the body count and carnage is surprisingly low, given the potential). Sadly, intelligence levels are also low. Enough is going on to keep it all entertaining in the moment, but while the film’s slower-paced final act is easy to admire for taking a chance on going for genre-based thrills, it comes up lacking in greater meaning behind the need for this sequel. All of that said, there is a killer setup for the next installment that I’m all sorts of curious about.

While a level of freedom was available to let Fallen Kingdom go all out on exploring a variety of ideas, it only ends up amounting to so much. I still derive enjoyment from seeing dinosaurs on a big screen, even with so much competition around them these days, but I can’t say this film has the sort of sticking quality that made Jurassic Park such a great initial property, to begin with. As it stands, the large-scale dino-action delivers, and I look forward to where things are going but revisiting this particular section of the park may require more than just simple enthusiasm. 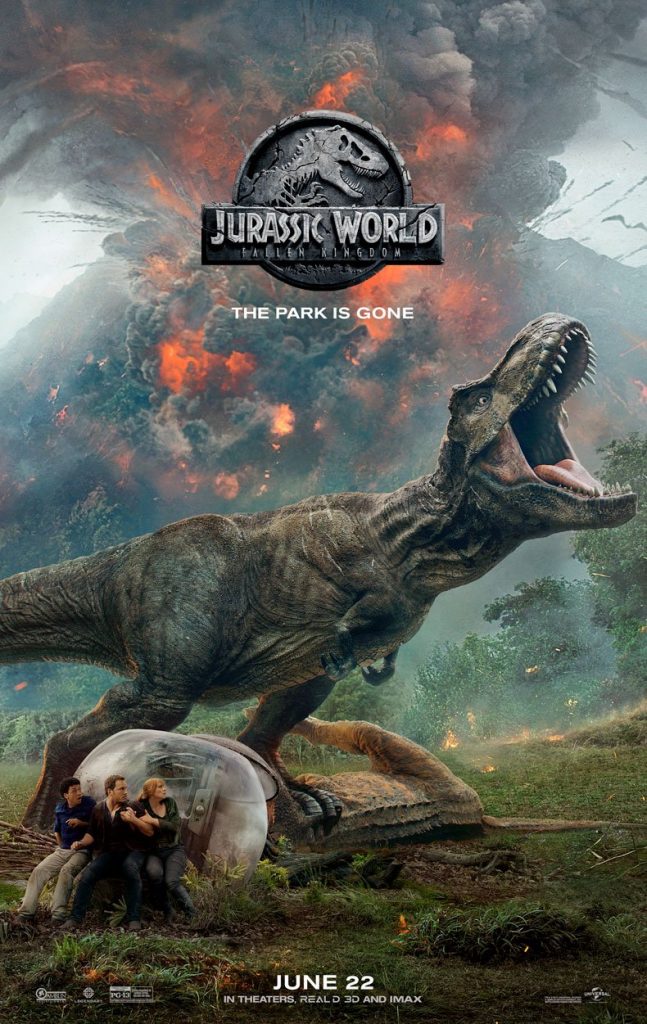 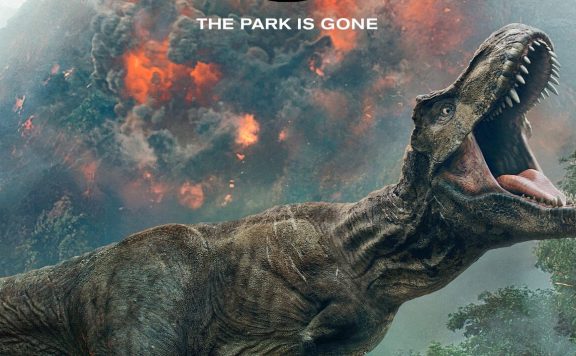