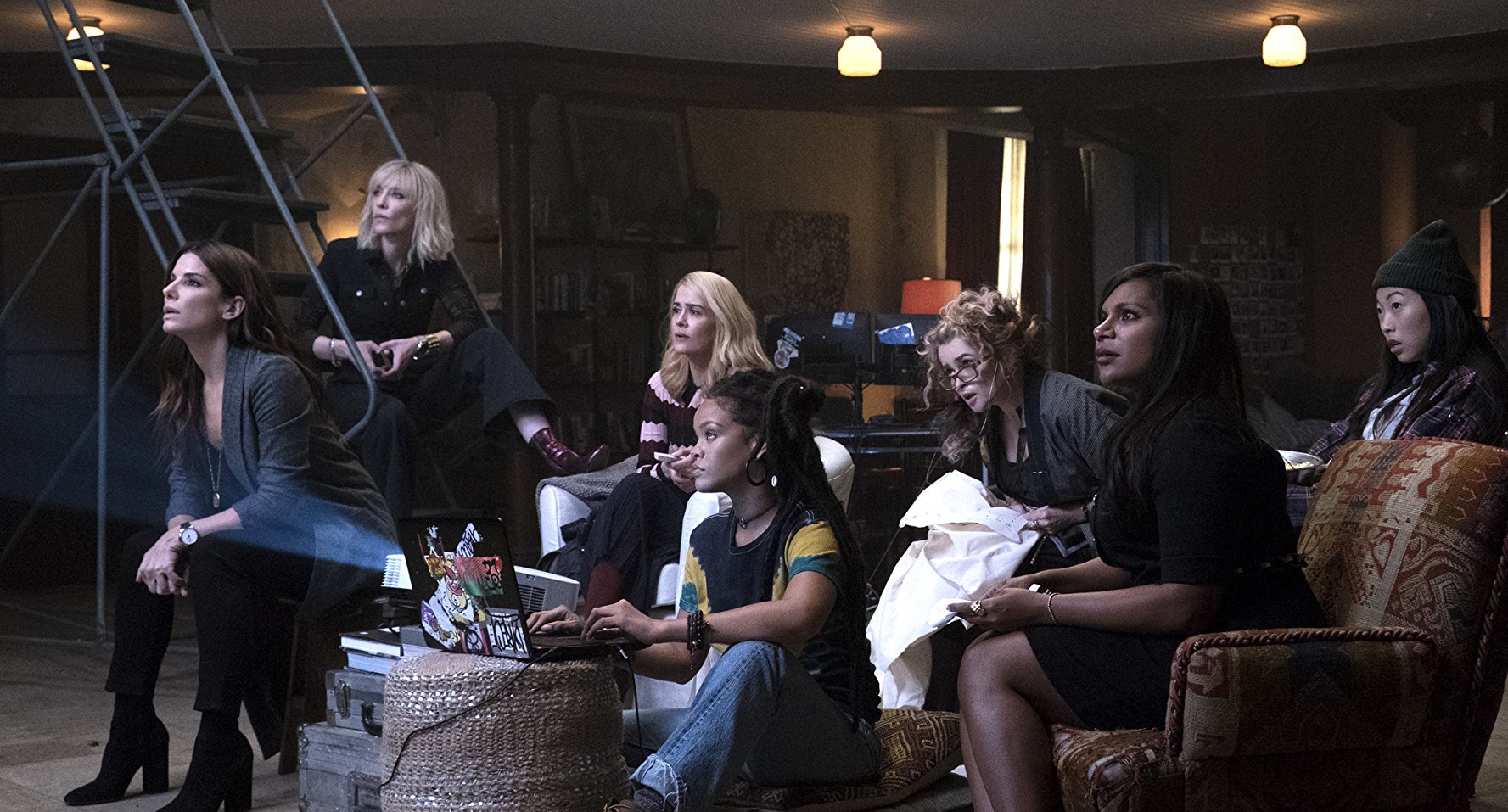 Ocean’s 8 is a rousing good time and mostly lives up to the heist fun its predecessor set up.

The story centers on thief and con artist Debbie Ocean (Sandra Bullock), sister of the original’s Danny Ocean (played by George Clooney), who, at the start of the film, is released from prison after spending five years doing time for an art scam. When she gets out, she wastes no time in setting up her next crime – stealing a coveted Cartier diamond necklace at New York City’s star-studded annual Met Gala.

Her first order of business is to reconnect with former partner in crime and best friend, Lou (Cate Blanchett), who, with just a little prodding, is convinced to join in on the scheme. From there, Debbie and Lou gather a crew of women to help them carry out the plan: There’s a jeweler (Mindy Kaling); a fashion designer (Helena Bonham Carter); an expert hacker (Rihanna); a former party promoter (Sarah Paulson); and a pick-pocket artist with quick hands (Awkwafina). Oh, and there’s the spoiled actress (Anne Hathaway), who will be the so-called patsy wearing the diamonds at the Met Gala. 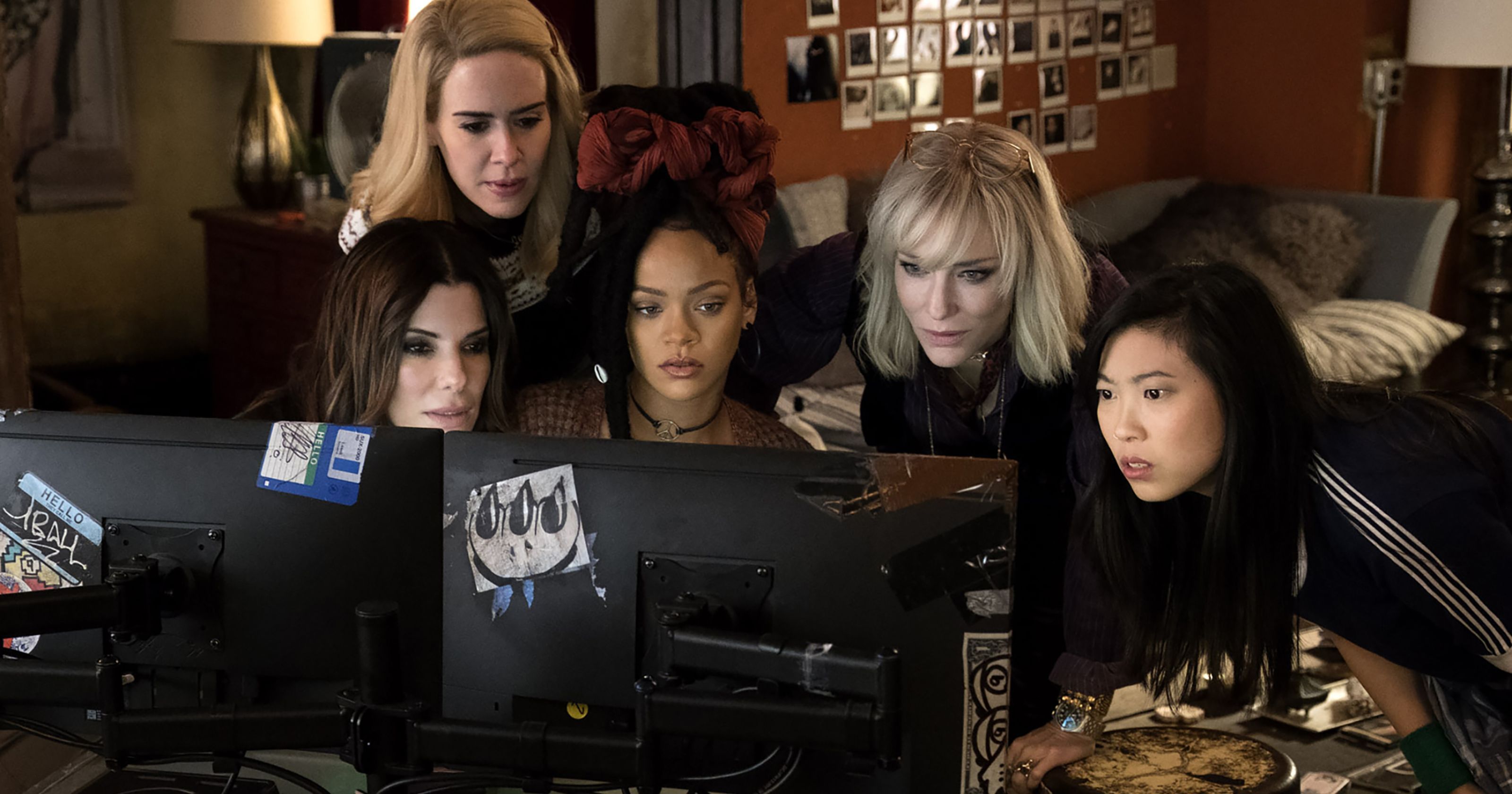 Naturally, there’s a few twists and turns you might not expect, including the reveal of one of Debbie’s other motives for carrying out the plan, but the heist in action keeps you glued, as a good heist movie should do. Also, expect a few choice cameos from the original Ocean’s cast.

The all-star female cast do their jobs well, and they all looked particularly gorgeous, especially Bullock, who really plays the cool and collected con artist with aplomb. She and Blanchett have a nice thing going onscreen, leaving you wanting more of their relationship. Same goes for Paulson, who is supposed to be retired from the “biz” to be a stay-at-home mom but secretly can’t wait to get back in the game. Kaling and Awkwafina also have some fun moments together, while Bonham Carter is just a hoot as the fashion designer trying to get out of a bad financial situation. Rihanna, too, doesn’t say a whole lot but manages to fit in nicely. The biggest standout, however, is Hathaway as the pampered movie star. Clearly, she had a blast playing an over-exaggerated version of someone in her profession. 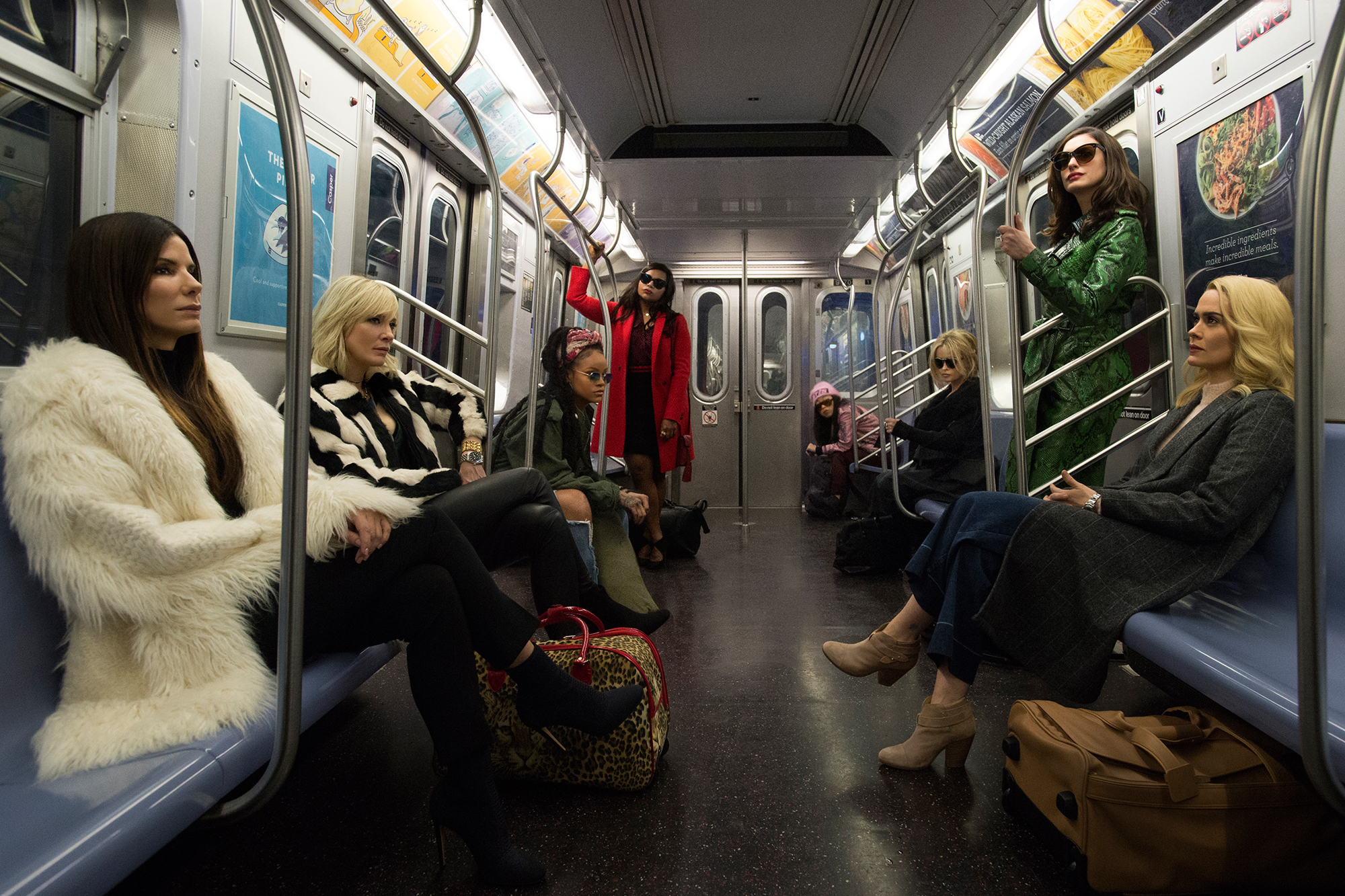 The problem with the film overall, though, is in its comparison to the previous movies. The women in Ocean’s 8 all have a nice rapport, but there isn’t as much connection as there is between the guys in Ocean’s franchise. Debbie and Lou are set up to be like Clooney’s Danny and Brad Pitt’s Rusty, but like I mentioned, I wanted to see more of their bond and banter. Also, this Ocean’s just doesn’t have the same kind of hilariousness. There isn’t the Casey Affleck and Scott Caan’s bickering brothers, or Bernie Mac’s comic intensity, or even Matt Damon being the green rookie. All the actresses are great individually, but I just wanted more laugh-out-loud moments.

Also, director/co-writer Gary Ross is no Steven Soderbergh. The latter director had a certain flair and artistic panache with the original movies, especially the first Ocean’s Eleven, while Ross’ direction is a bit flat and unimaginative. Except when it comes to his actresses. That’s when Ross really steps up in capturing all the glamour, not only at the Met Gala but in framing his stars in such beautiful light. Seriously, you can’t take your eyes off of them all. 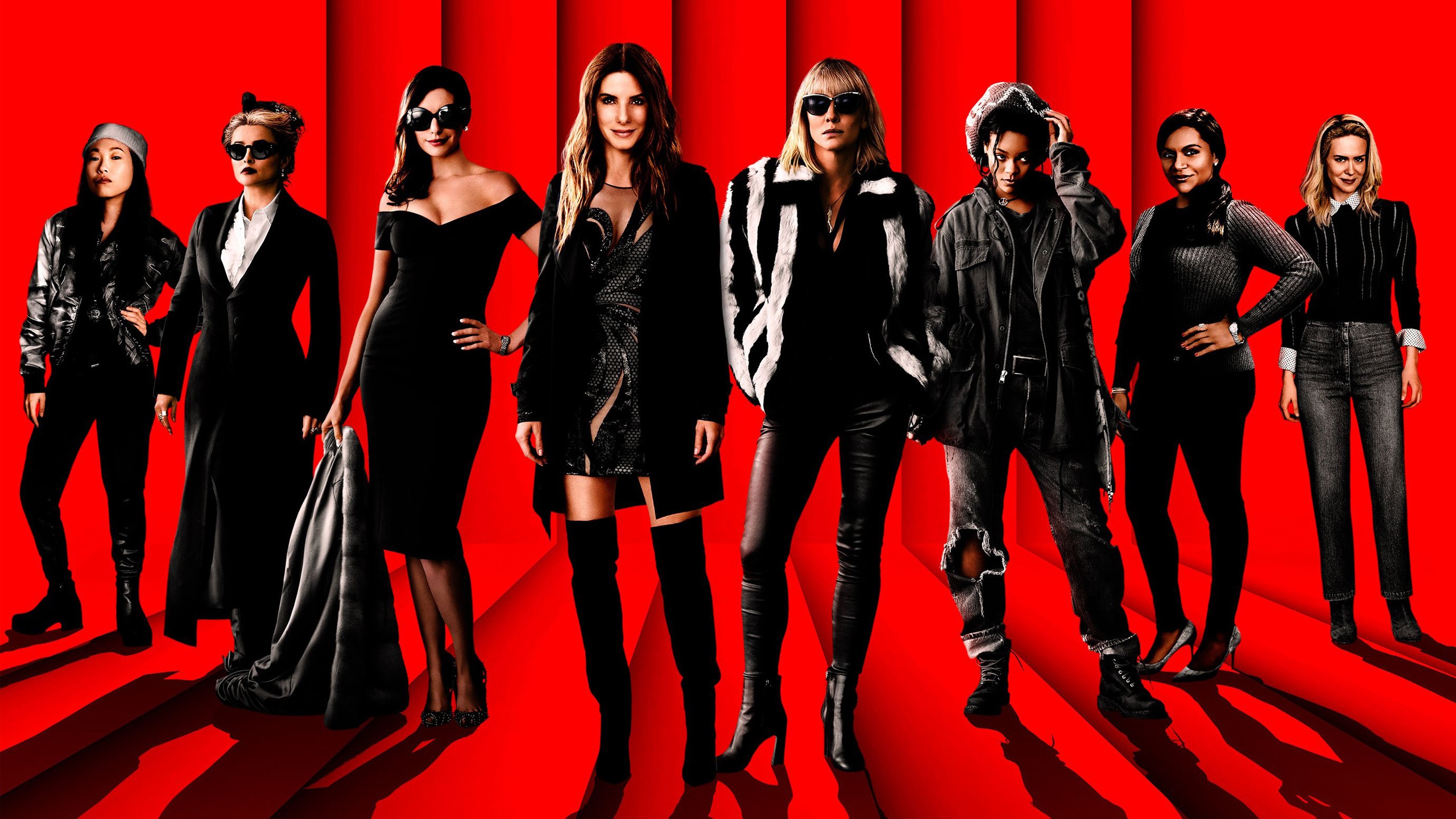 Pushing some of the minor criticism aside, Ocean’s 8 is still a ton of fun and accomplishes what a heist movie should do to entertain. If there is a sequel, maybe we’ll get more of the women’s connections. 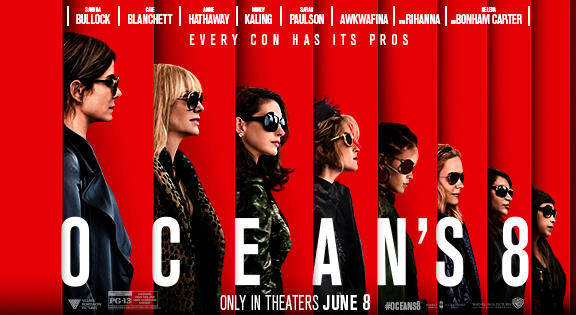