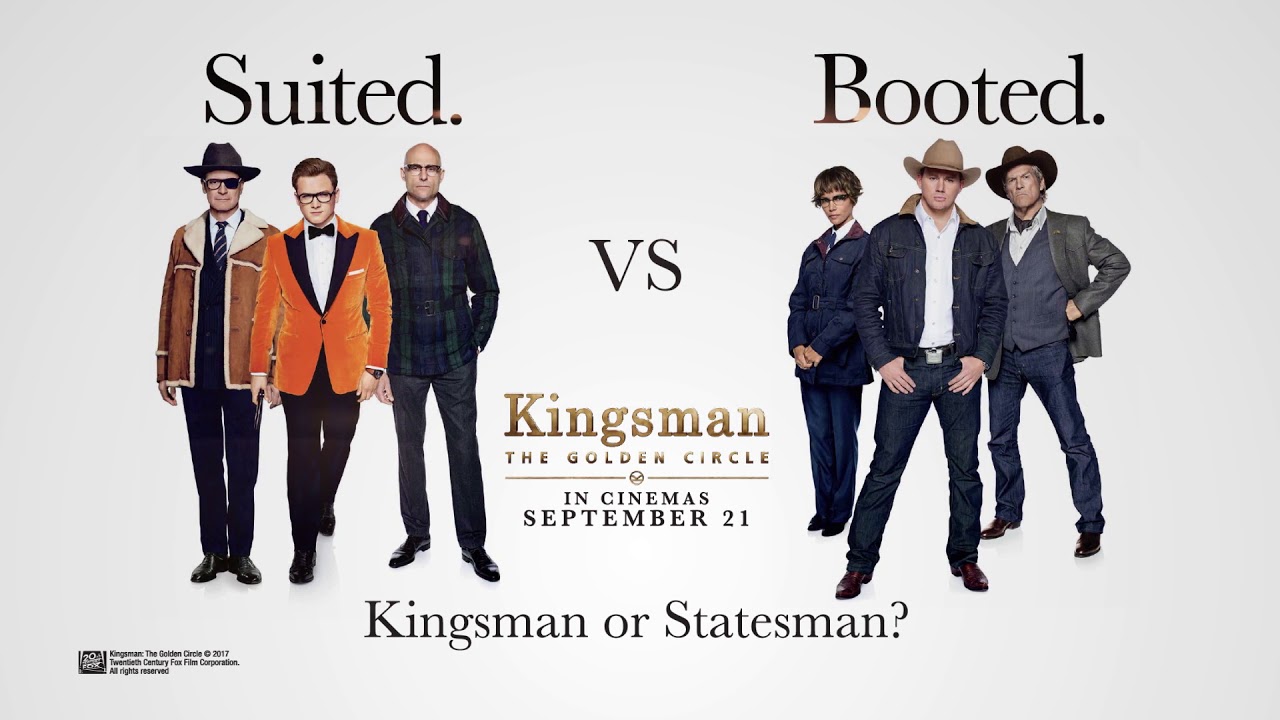 Kingsman: The Secret Service was a lot of fun and a box office success so it was inevitable that there would be a sequel. While I was never opposed to a sequel since I enjoyed the first film, I was worried that the Golden Circle wouldn’t be able to recreate the magic which made the original such a surprise hit. After learning that Matthew Vaughn was returning to direct, I was a lot more hopeful about the project.

Kingsman: The Golden Circle takes place shortly after the events of the first film. Eggsy (Taron Egerton) is in a committed relationship with Princess Tilde (Hanna Alström) and is about to meet her parents for the first time. During their dinner, Eggsy learns that the Kingsman headquarters has been attacked and destroyed. Determined to find out who is to blame, Eggsy springs back into action and reunites with Merlin (Mark Strong). They travel to Kentucky where they are forced to join forces with the Statesman in order to save the world from the evil Poppy (Julianne Moore).

Never judge a movie by its trailer. The trailer for Kingsman: The Golden Circle was awesome and leads you to believe that the film is going to be this total blast from start to finish. Unfortunately, this sequel is a mixed bag at best. The film opens with an amazing car chase sequence that features Eggsy and rejected Kingsman recruit Charlie fighting in a moving car. I saw the scene at Comic-Con back in July but it was great to see it again attached to the finished product. 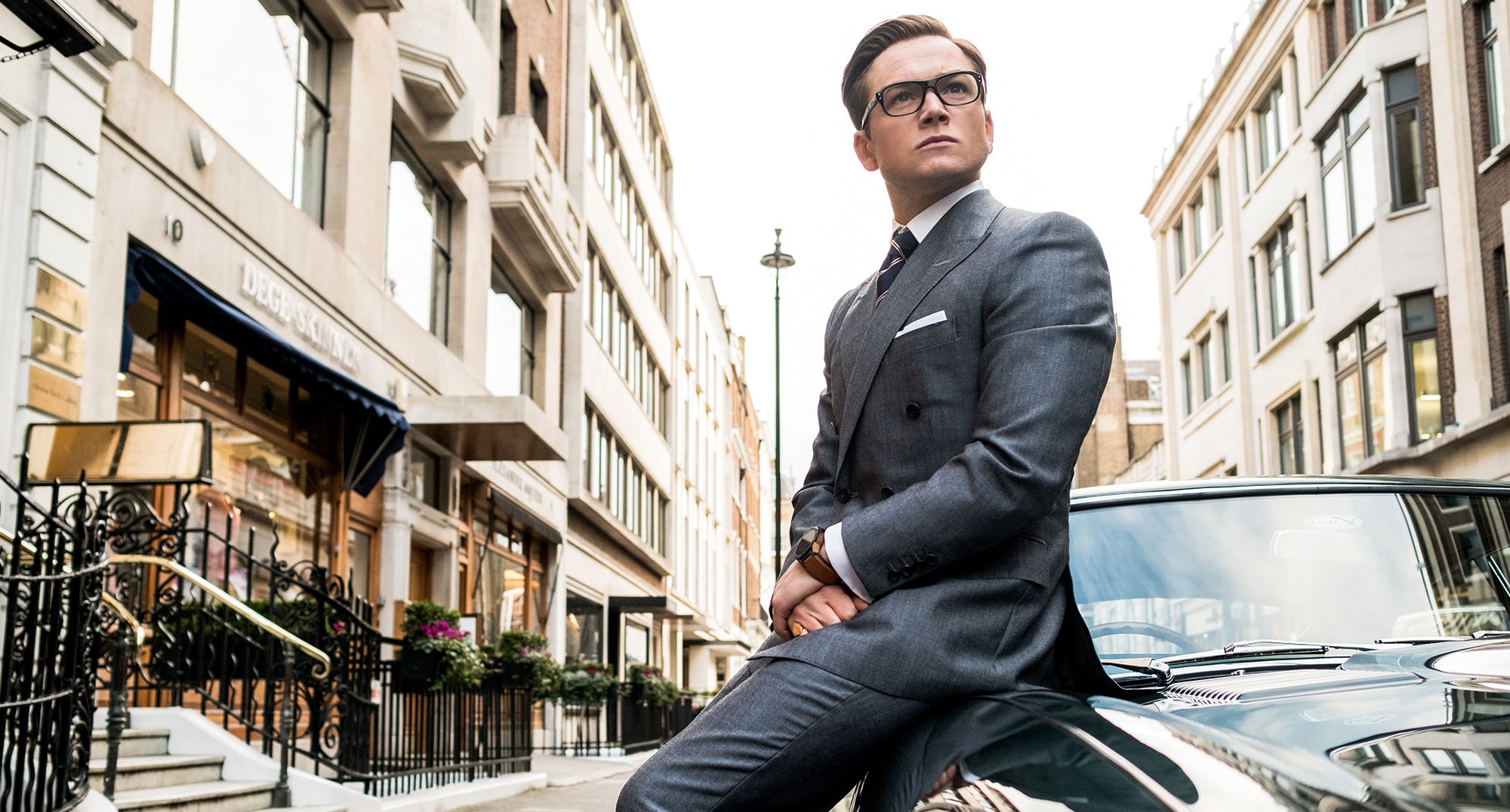 After this crazy opening, the film switches gears and focuses on Eggsy and Princess Tilde’s relationship. Eggsy and Tilde live together and have adopted a dog. Things seem to be getting serious as we learn that Eggsy is about to meet Tilde’s mom and dad for the first time. I must admit that it is nice to see that writers Jane Goldman and Matthew Vaughn have put these characters in a relationship. My biggest issue with the first film was odd sexual humor that occurred at the end of the film involving Tilde’s character. Goldman and Vaughn seem to rectify that issue by showing the audience that Eggsy wants to be in a serious relationship with Tilde instead of it just being about sex.

After the Kingsman headquarters is destroyed, Merlin and Eggsy learn that they must follow the Doomsday Protocol which requires them to travel to the states. This is when Julianne Moore’s Poppy is introduced as an underground drug cartel. She is slowly poising millions of people in the United States through the sale of illegal drugs. I was onboard with all of this setup until Merlin and Eggsy meet Tequila (Channing Tatum) and learn about the Statesman.

Now, I don’t want to spoil what happens in the film but you should know that from about the 30-minute mark until the last 25 minutes, the film is incredibly hit or miss. There are a series of new characters introduced including Ginger Ale (Halle Berry), Tequila (Channing Tatum), and Champ (Jeff Bridges). These new characters all seem to have nothing to do which is quite a shame since Vaughn was able to get such talented actors involved but does nothing at all with any of them. 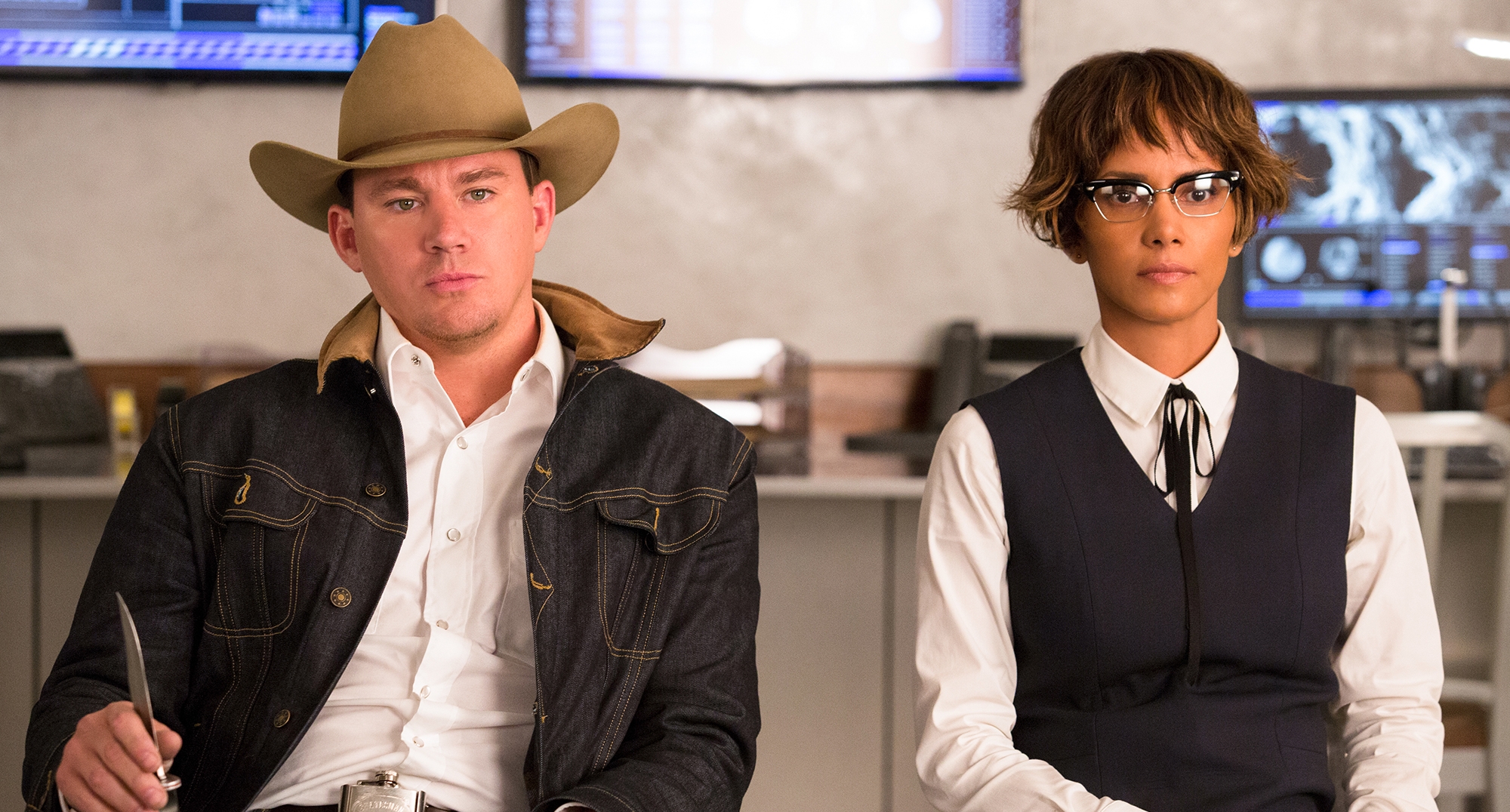 The film, however, does introduce one new character that gets a decent amount of screen-time. Whiskey who is played by Pedro Pascal is giving the task of helping Merlin and Eggsy on their mission to stop Poppy. Whiskey is meant to be the Harry Hart of the Statesman. Sadly, the character isn’t anywhere near as entertaining or effective as Colin Firth’s Harry Hart. What made Harry Hart so great was that he was charming and sophisticated while being a total badass. Whiskey is just a red-neck cowboy with an electric lasso, who comes across as a know-it-all jerk. The film tries to recreate Harry Hart’s bar fight scene from the first film with Whiskey stepping in for Hart and not for nothing, the scene wasn’t very fun nor entertaining.

The film even has a twist where Harry Hart has somehow survived the first film. I am pretty sure that if the studio didn’t reveal that Colin Firth was returning, it would have made the storyline of Harry Hart reappearing more effective. While it was great to see Harry back in action, I found that the way that script handled his character left a lot more to be desired. It wasn’t that the Firth was bad but rather the fact that there was no real element of surprise to his character returning.

Another issue that I had with the film is the plot which seems to be trying to make a statement about the war on drugs but fails to do so. I honestly don’t know if the film is for or against the war on drugs because it seems to take a jab at both sides but ultimately doesn’t pick a side one way or another. I found myself hoping for some great social commentary since Poppy’s character openly criticizes how sugar and alcohol are deadlier than most illegal drugs. This is a great moment but her point never gets brought up again. Please don’t even get me started on how poorly Poppy’s storyline is handled. There is all this build-up to how she is so menacing and powerful and yet what ultimately happens with her character is completely underwhelming and disappointing, to say the least. 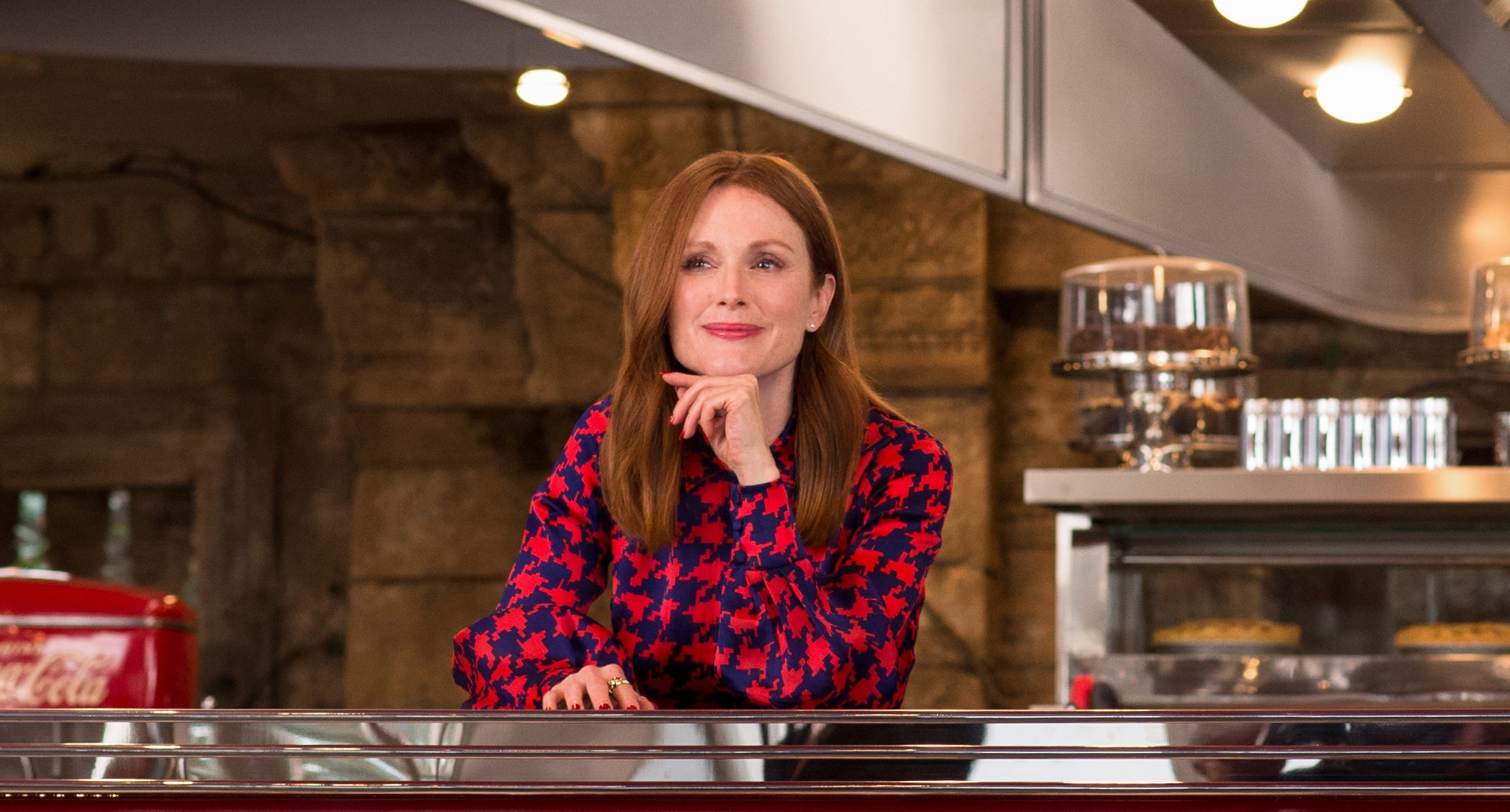 The humor in Kingsman: The Golden Circle is cheap, childish, and unfunny for the most part. There is a scene where Poppy gives Charlie a robotic arm and says “it’s Armageddon” which was beyond cringe-worthy. There are outdated jokes that poke fun at the “what happens in Vegas, stays in Vegas” line which was repeated several times throughout the film. In fact, I can honestly say that the only scenes that I found to be funny and clever were the ones that featured Sir Elton John. Whoever made Elton John a bigger part of this project was onto something. John is the film’s MVP.  He is hilarious in every single moment that he appears on-screen. I honestly wish that he had more screen-time because he was without question the biggest highlight of the film.

Truth be told, there have been rumors circulating that Kingsman: The Golden Circle was supposed to be cut into two films. After seeing the film, I can safely say that I see how editing the footage down to one film could have caused a lot the issues that I had with the film. While a 3-hour director’s cut wouldn’t replace the countless number of bad jokes, I do feel like there are certain plot holes that could be corrected.

Don’t get me wrong, there are some great moments in Kingsman: The Golden Circle. The opening car chase is awesome as is the scene where Merlin, Eggsy, and Harry get to Poppyland and they start kicking ass. The soundtrack is incredible. There are several Elton John songs as well as John Denver’s Country Road used a and all of them are perfectly incorporated into the film. As I said, there are moments of greatness sprinkled throughout but the problem lies mainly in the middle where the film just feels bloated and unfocused. This cut of the film feels like something that was quickly edited together in order to be rushed into theaters to meet a targeted release date. 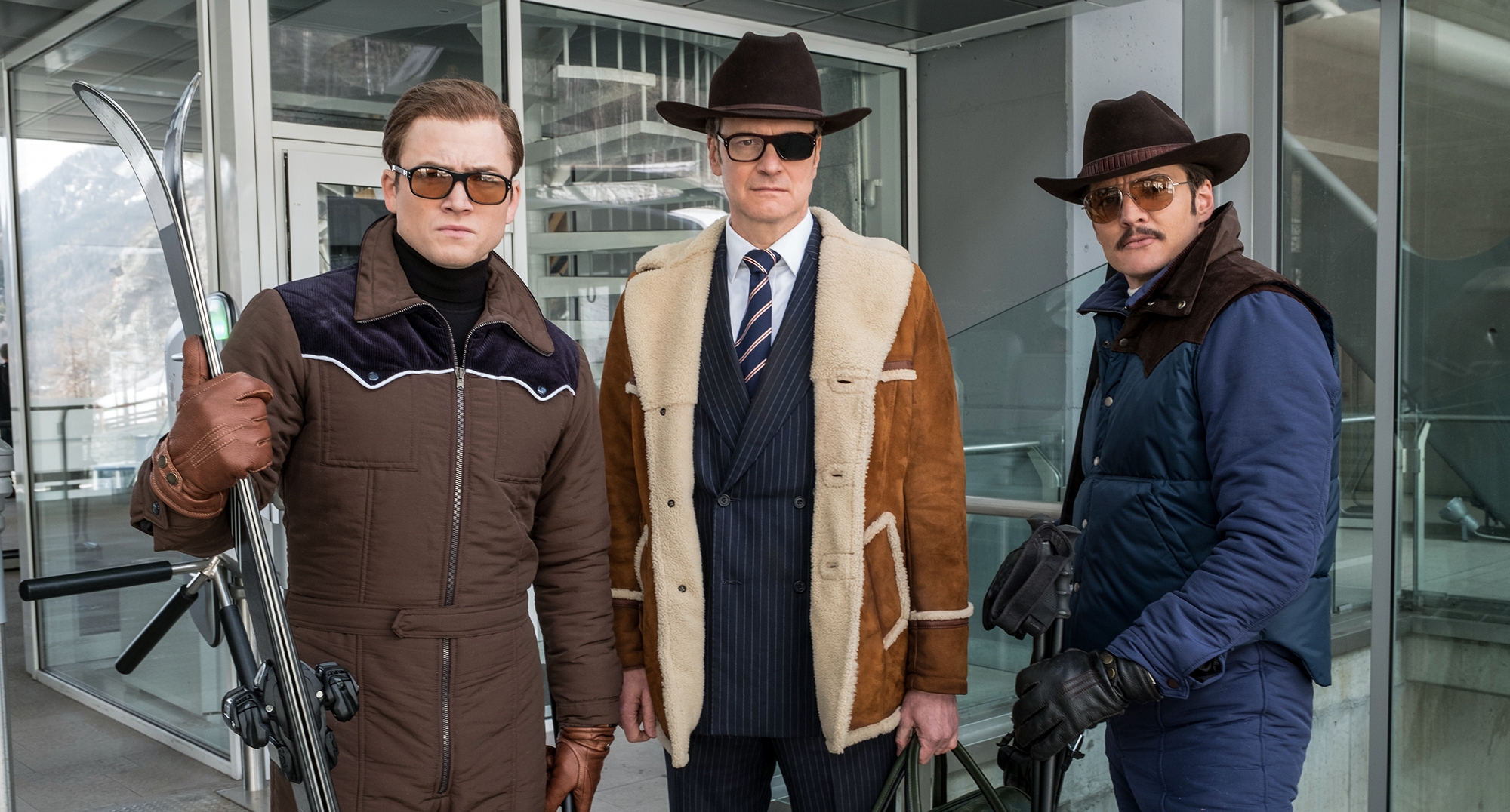 Kingsman: The Golden Circle never comes full circle. It is a disappointing sequel that feels like filler to lead into a third film. There are some great action sequences but even those feel sort of lazy since you can tell they are all done with CGI. It seems like there is a good movie somewhere in Kingsman: The Golden Circle but it somehow got lost in the editing room. I don’t think the sequel is awful but rather just “fine and forgettable.” It lacks the creativity and relationships that made the first one so great. I am still on-board for a third entry and hopefully, that one will help make up the shortcomings of this one.

Scott ‘Movie Man’ Menzel’s rating for Kingsman: The Golden Circle is a 6 out of 10. 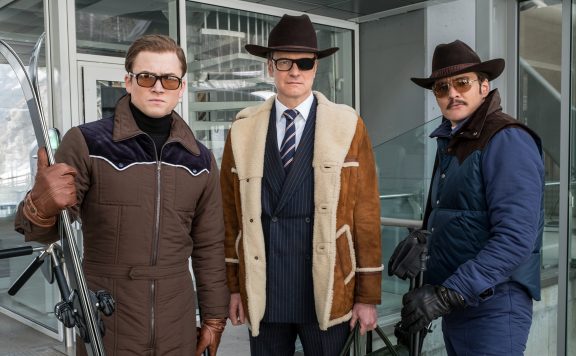 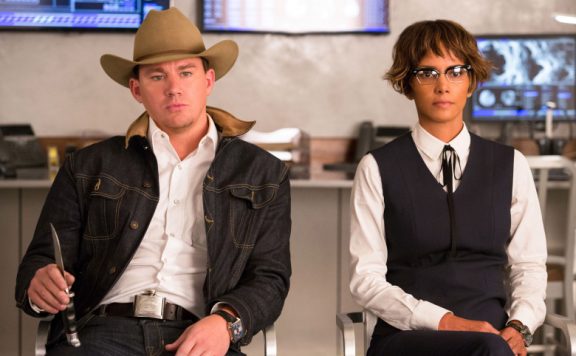