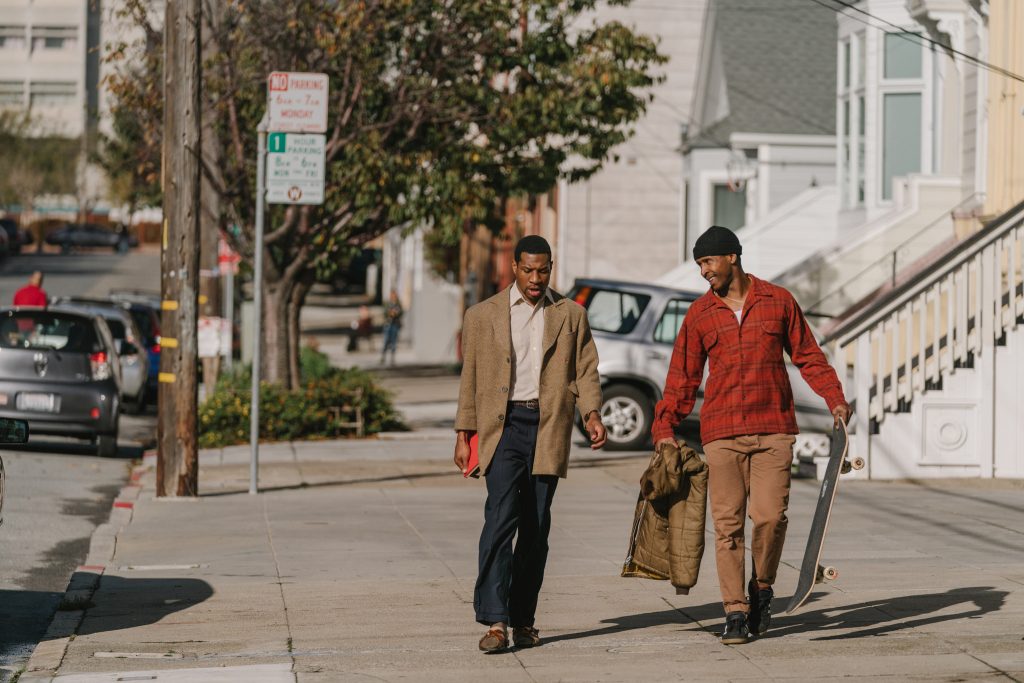 How does one get out of the fog that sweeps over San Francisco on a near daily basis? The Last Black Man in San Francisco is a film that provides both the beauty of such a metaphorical site, as well as an answer that can be more distressing than hopeful. The film follows a character struggling with how to handle the heartbreak over his ever-changing home. Loving something so much not to know how to give it up is a powerful feeling, and this movie allows an audience to soak in this plight. At the same time, the visuals are stirring, the performances are terrifically rich, and for all its solemn assuredness, it still has time for humor and a lived-in quirkiness.

This story feels so achingly true to the spirit of the performances that I can’t help but think it’s autobiographical to some degree. As it turns out, this is true. Jimmie Fails stars as a version of himself, a young man looking to reclaim his childhood home. He believes his grandfather, nicknamed “the first black man in San Francisco,” built this Victorian house in the 1940s. Jimmie’s best friend is Montgomery (a superb Jonathan Majors), a fishmonger who spends his free time hanging out with Jimmie, sketching and writing in his notebook, and watching classic films with his grandfather (Danny Glover).

The friendship between Jimmie and Mont is one of the more authentic cinematic friendships between men I’ve seen in some time. Their banter is never forced, and their interactions suggest they could have been a silent comedy duo in another lifetime. Early on we see Jimmie begin to ride on his skateboard, with Mont running behind and hopping aboard. This is how they travel when a bus isn’t convenient. It’s humorous, but it speaks to an unspoken bond between them. 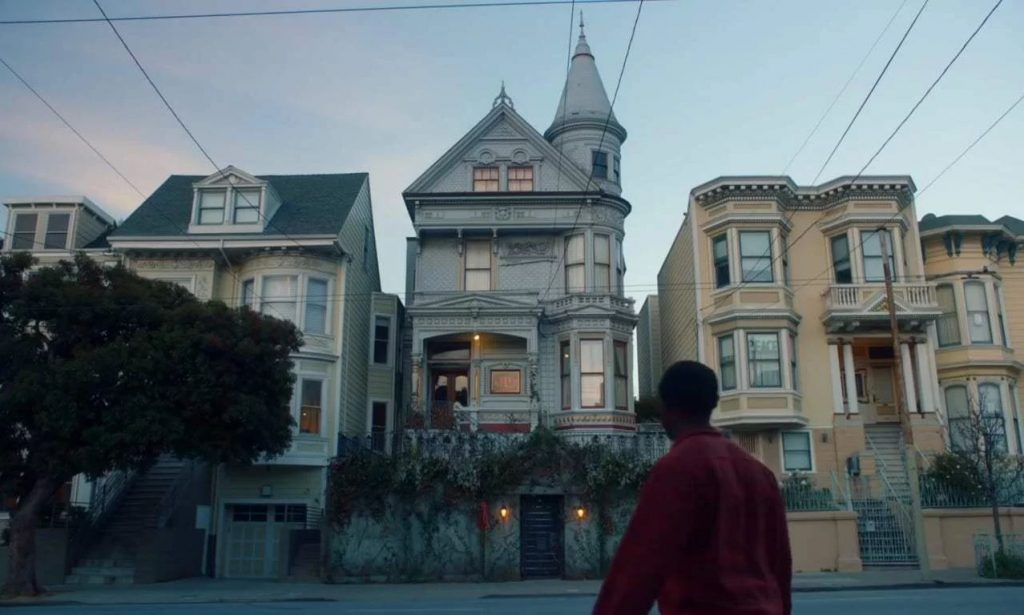 Both characters are well-defined separately. Jimmie works as an elder-care nurse. We only see one scene of this, but Fails has such a natural calm in his performance that watching this one scene provides plenty of understanding of the kind of man he can be. When off from work, Jimmie’s higher priority is looking after his childhood home, showing up to touch up the paint and tend to the garden, even while faced with complaints from the current occupants. The same care continues once the house is abruptly vacated, allowing Jimmie and Mont to secretly move in, forming a throughline for a story happy to stay adrift in luminous visuals.

For Mont, taking occupancy in a nice house in the Fillmore District (once known as “the Harlem of the West”) is a pleasant upgrade if it means his friend is happy. As a man who takes changes as they come, putting on the best face he can, Mont gets plenty out of life thanks to his choice to adapt it. Whether it’s drawing the images he sees from afar or expanding on his material as a playwright, Mont has chosen to have a perspective that has its advantages. A heated fight between the trash-talking men that serve as a Greek chorus is interrupted by Mont, who decides to offer directorial notes as if he were guiding them towards more enlightened performances. Whether or not Mont’s efforts can do much good, his observations speak to something grander – everybody is somebody.

In finding a balance between topical issues centered on the gentrification of San Francisco and the role black masculinity and other themes play in this film, first-time director Joe Talbot (a childhood friend of Fails) makes so many of the right choices, it’s astounding. For all the times the film feels as though it could be coming across as a languid exercise in Malick-inspired consternation, The Last Black Man in San Francisco injects life and vibrancy into the scenes on display. As a result, you have a film that relies on all of its various characters to add something to what we are seeing. If science fiction films can obtain credit for production design-based world-building, here’s a modern-day drama that builds lives out of the specific people we meet, without pushing us towards judging them on looks alone. 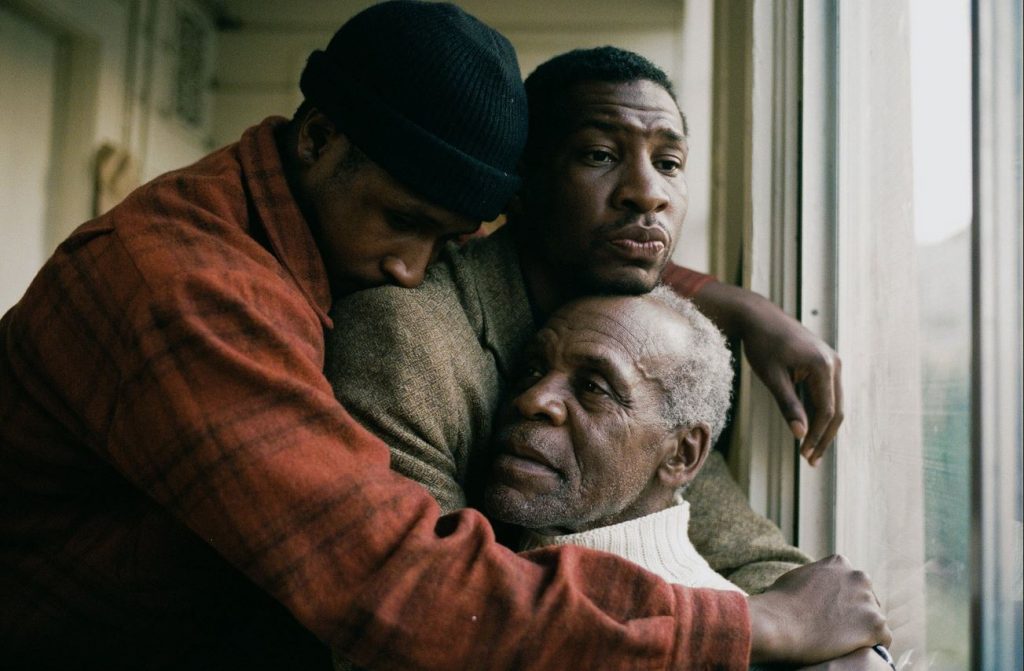 Keeping the world of San Francisco in mind, cinematographer Adam Newport-Berra finds all the ways to capture Jimmie and Mont’s loving point of view in regards to the city, no matter how frustrating it is for them to see the displacement of the minority population. Though the film does acknowledge how San Francisco has evolved plenty over time, recognizing the Japanese Americans who once populated Fillmore, before being sent to internment camps during World War II. The alienation on display may not be strictly about race (much more a topic with 2018’s notable Oakland-based films Blindspotting and Sorry to Bother You), but in finding the spots Jimmie and Mont frequent, let alone the antique furnishings seen inside their loving photographed vacated home, we have a film showing so much about life in a city with layers.

Other highlights have become more evident, the more I’ve had time to think about the film. Emile Mosseri’s woodwind score is the sort of moving piece of work that helps the film reach a level of majesty (I pre-ordered the soundtrack immediately). The supporting cast, made up of veteran actors including Glover, Tichina Arnold, and a perfectly prickly Rob Morgan, further speaks to the value Jimmie and Mont place on the past, as well as what it is to move forward. At the same time, various San Francisco and bay area natives populate smaller roles, including an excellent Jamal Trulove (a man with his own incredible history), making it clear what kind of realities there are, depending what one chooses to hold onto.

Matching wit with sincerity; clear ideas with ambiguity; The Last Man in San Francisco has that unique quality found in films coming straight from the heart. That I found so much to grasp onto speaks to the admiration I have for filmmakers who can channel their energy into something I can respond to so favorably. Whether or not the experiences are directly relatable, Director Joe Talbot, co-writer/star Jimmie Fails, and all involved have done more than just fight for their home. They have struck the ground hard and are asking audiences to hold on with them to observe their brilliant vision. 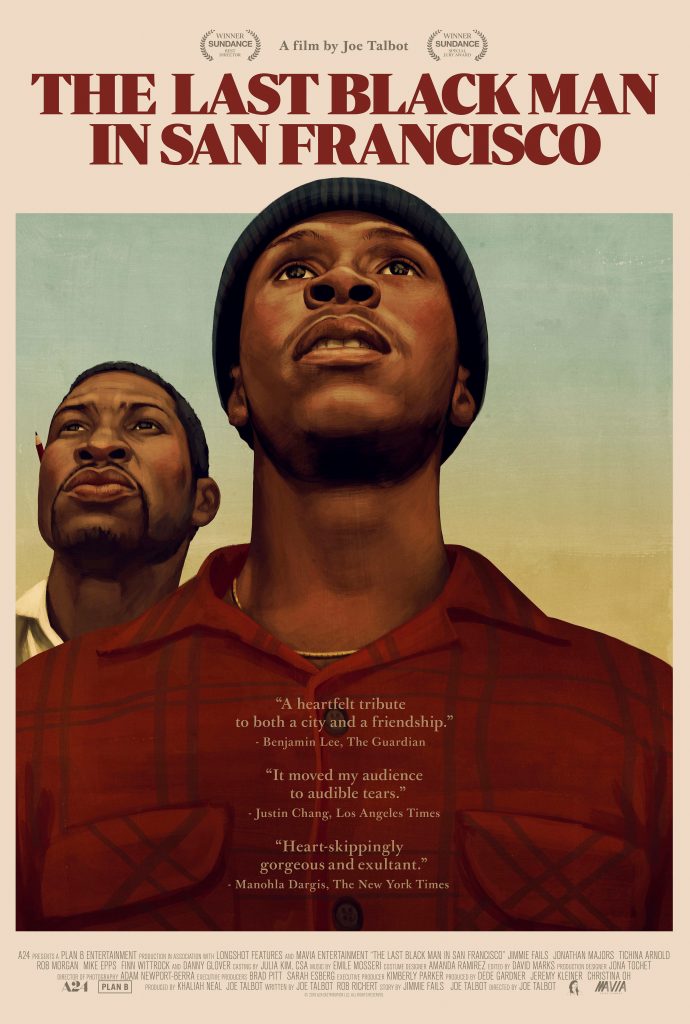