At long last, The Meg has arrived. No, I’m not suggesting a prehistoric shark, long thought to be extinct, was something I’ve been waiting to rise to the surface to show a bunch of overzealous scientists who truly rules the ocean. I’m actually thinking of the twenty-year journey it took to bring Steve Alten’s original novel (the first of seven) to the big screen. That sort of time makes one wonder if a property truly contains something special to attract so much attention. But who am I kidding? Of course it does. In the hands of the right filmmaker, there’s plenty of reason to want to see a summer movie about an enormous shark taking on a scrappy group of explorers, led by a heroic action man. Director Jon Turteltaub (National Treasure, Cool Runnings) may not necessarily be the obvious choice or even the right filmmaker, but he’s assembled a reasonably entertaining movie.

It’s pretty fortunate that The Meg works as well as it does. No one wants to walk out of a movie that promises a battle between Jason Statham and a giant shark and feel it didn’t satisfy. As this film stands, it delivers the kind of entertainment I would expect for a big-budget B-movie. Sure, we may be at a point where providing Jaws levels of thrills and entertainment is an impossible task, while comparisons to the Sharknado movies are inevitable, but a film like The Meg does well enough to sit on the Jaws 2 spectrum of being pretty decent. That seems like enough to ask in an age where creative solutions are no longer needed to hide a mechanical shark due to production problems.

If anything, The Meg deserves some credit for restraint. The film manages to get in 45 minutes of setup, before really starting to deliver on shark action. Up until that point, the film works as a condensed rescue movie, setting up the characters as needed along the way. Statham stars as Jonas Taylor, a rescue diver brought in by a team at an underwater research facility to help rescue a submersible caught at the bottom of the ocean. For reasons that amount to lots of science and geological technobabble, we learn a Megalodon has emerged from the ocean depths and is now terrorizing the sea at large.

This being a Jason Statham movie, we know he’s the man who’s going to have to take on the giant shark. That said, in the build-up to what I assume most will expect to be a climactic scene involving Jonas thwacking the Megalodon in the nose while tossing some cockney slang its way, we get a movie that knows how to keep things moving and have fun. It’s a credit to casting and a script that doesn’t skimp on human moments, humorous dialogue, and even recognition of the personal loss taking place amidst the ridiculous threat that must be stopped.

While the screenplay by Dean Georgaris, Jon Hoeber, and Erich Hoeber doesn’t rely on deep characterizations or plotting that means to satisfy those in search of a grand metaphor represented by the giant shark, it does well by efficiency. There’s a zip to the film’s pacing, and we genuinely care for most of the people involved. Something that plagues many subpar action movies of late is the way they miss out on the small details. Whether its minor character details or just a general comradery shared between folks, that stuff makes a movie more memorable. The Meg isn’t delivering anything new, but there’s an ensemble here that works pretty well, which is why we care. It only helps that the survivors don’t forget about the friends they lost.

In addition to Statham, Li Bingbing provides solid support as Suyin Zhang, an oceanographer with plenty of shark experience. Rainn Wilson is the obnoxious businessman visiting at the worst time possible. The always reliable Cliff Curtis is Mac, a crew member and friend of Jonas’ who has the perfect attitude at every moment of this film. Ruby Rose, Page Kennedy, and Olafur Darri Olafsson are also here, among others, to round out the rest of the main cast as people who interact, say jokes, and convey a level of fear when the time calls for it. Sure, the cast isn’t made up of a bunch of Robert Shaws, but we get a team of people that work in the way you’d hope in a disaster movie that provides clear character types that you can relate to. 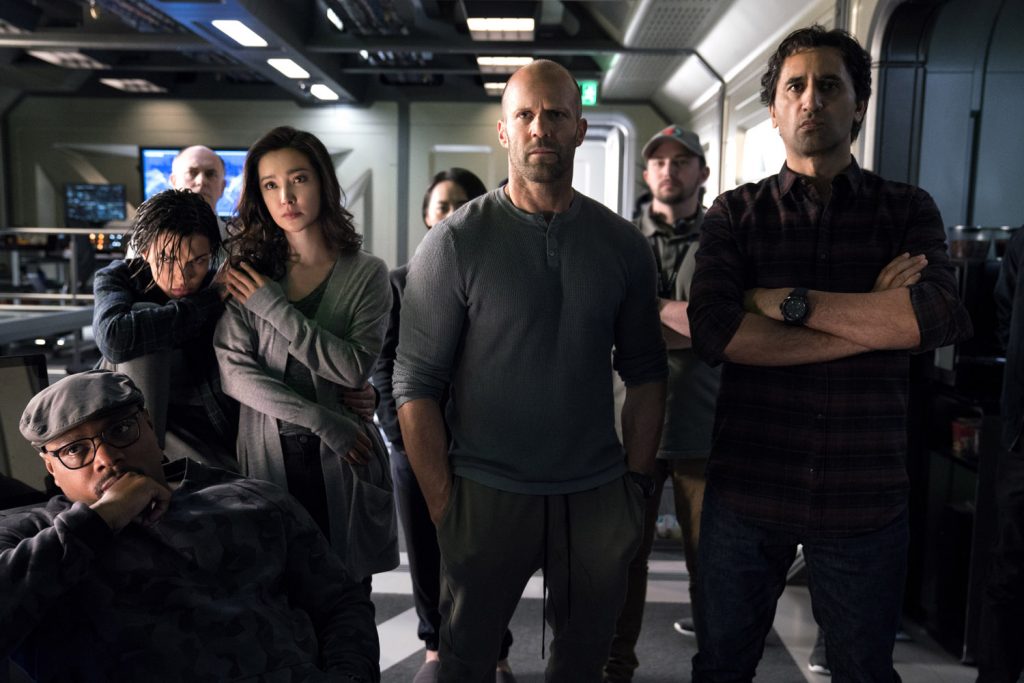 For what its worth, Statham does his job as well. When he’s ready for action or simply being his usual charismatic self, it’s nothing we have seen before, but that’s why he’s an action star. That in mind, the film has a surprising amount of material based around survivor’s guilt that I found to be quite affecting. Make no mistake, the film tips the scales in favor of wild, shark-based action sequences, but color me impressed as far as getting some substance to chew on in the midst of a giant shark movie.

Speaking of which, The Meg delivers what it can in the aquatic action department. With a film like this, there’s only so many ways you can continually impress an audience with a 75-foot shark that can only be achieved with CG. With a $150 million budget (thank China for the assist), this is a film that feels big enough to deliver on this sort of spectacle and get past the perception of merely working as a big budget version of an original SyFy channel production. In the hands of another filmmaker, perhaps there are different ways to handle the terror, violence, and whatever other horrors some may want from a giant shark movie, but I was pleased by the playful tone held onto here.

The Meg may not be high art, but it manages to avoid biting off more than it can chew. For a genre that has such a clear high water mark as the best film of its kind, it avoids sitting with the worst. It delivers what audiences want and doesn’t divert from the path. A fun cast and a heroic Statham do enough to make the journey between shark attacks enjoyable, and the actual monster delivers as it needs to. I have plenty of questions about why this shark is so angry and crafty, let alone thoughts on the next steps this research team would have taken if things were different, but those concerns will sit on top of the pile of others when it comes to science-applied logic. There’s little fun in that beyond casual conversations, but as far as the movie is concerned, dive in. 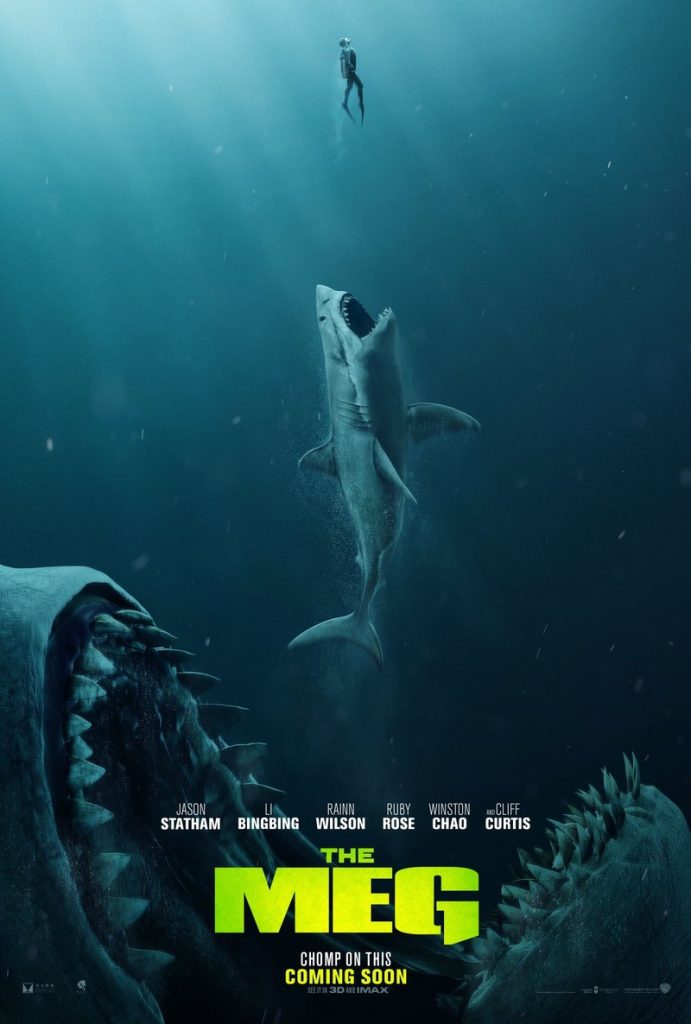 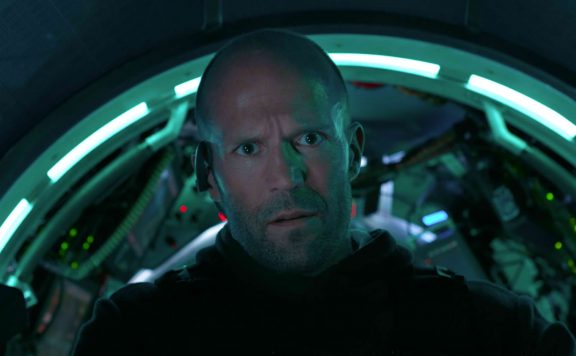