Well, that was something I didn’t see coming. This fourth Mark Wahlberg/Peter Berg collaboration seemed to be promising a straightforward action flick, freed up from dedications to dramatizing real-life American tragedies and jingoistic elements seen in their previous efforts such as Lone Survivor and Patriots Day. Instead, Mile 22 is a wildly messy film about a team of super patriots stuck within a framing device bent on promising a lot more than it delivers. It does provide the action, as frantic as it may be, but so many decisions seemed to be based around being as obtuse as possible, despite supposedly complicated dialogue that suggests otherwise.

The opening of this film made things near-impenetrable. Wahlberg leads some sort of paramilitary unit in the CIA. Kicking things off with a bang, his team (which also consists of Lauren Cohan and Ronda Rousey) raids a house in an attempt to find a key ingredient to some deadly weapons. It’s all well and good as far as getting a sense of how the action in this movie is going to work, complete with Tony Scott-style surveillance footage cutaways. Making sense of the operation and what follows is a different story. We need to be initially in the dark on some elements, but then Mile 22 goes one step further.

An opening title sequence attempts to fill in the backstory on Wahlberg’s James Silva character. We’re supposed to understand that Wahlberg is very intelligent, efficient in combat, and has some undiagnosed mental condition. It’s not unlike Ben Affleck in The Accountant, except Silva acts like a constantly-hyped-up-on-sugar Mark Wahlberg, right after a Patriots Super Bowl game. The guy is always intense, constantly swearing, as well as detailing specific passages of history books he’s read. When not talking people down, he’s handling situations with a gun. 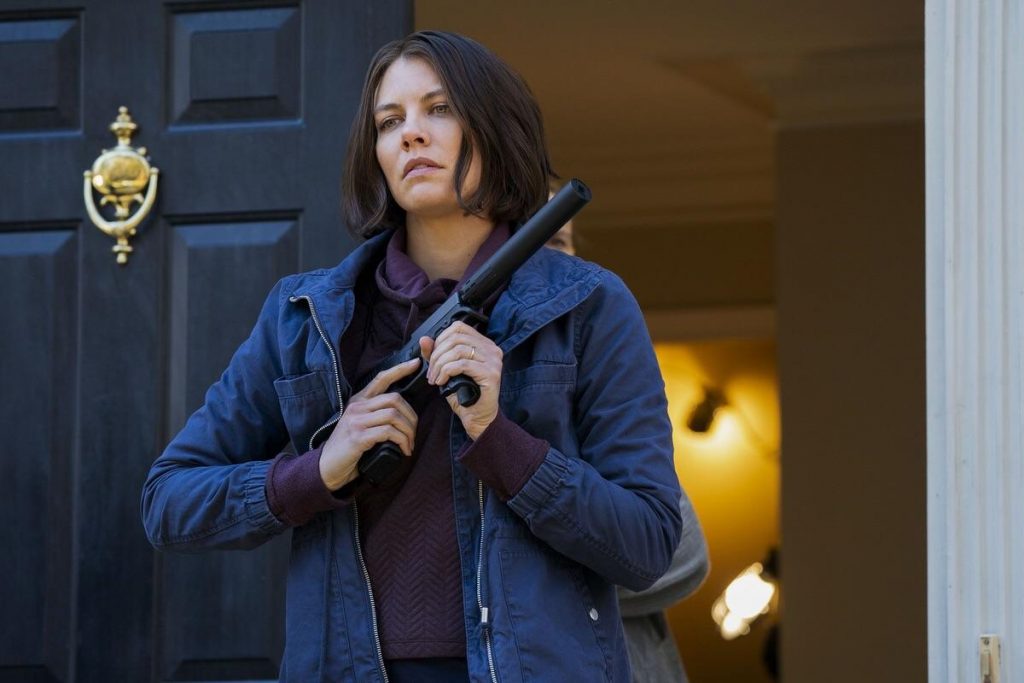 Why is Silva like this? He needs to protect American values or something. Honestly, once the real plot kicks in, it was incredible to see how devoted Silva’s team was to him. As some team members start going down in various firefights, nothing stopped them from sticking with the mission and sacrificing themselves for whatever greater good they had signed up for. There’s a lot to admire in a film that doesn’t try to get itself too bogged down in specific politics, let alone work up tons of backstory for all the supporting players involved. That in mind, the dialogue we do get here is something else.

It feels like writer Lea Carpenter had some ideas in mind for breaking the mold of this kind of thriller, but the interactions between the characters, especially in the first half, felt like a bad take on stylized speaking rhythms out of a David Mamet script. Not helping is how repetitive it all is.  A problem is introduced, Silva yells at everyone about it, his superiors repeat the problem, Silva shouts some more, one of his teammates says something to throw Silva off, and Silva yells again, but with some comedic cherry on top to end the scene. This lead role was written with Wahlberg in mind, and I can see why as far as placing the actor in a possible franchise starter. That said, while it feels like there’s real effort to play a character, earnest Wahlberg can be hit or miss in the wrong story.

The main event of this film concerns The Raid’s Iko Uwais as a police officer turning against his government to provide intelligence to the CIA. The only thing is, he won’t give up any info until he can be transferred through 22 miles of hostile territory to be taken out of the country. The rest of Mile 22 is not unlike films like The Gauntlet or 16 Blocks, as Silva and his team get into one firefight after another in an attempt to escort an equally well-trained fighter out of there.

It takes a bit to get to this main setup, and adjusting to the way people interact in this world makes you pine for Uwais to use the mad skills we all know he has. Once everyone hits the road, however, the film does not stop. Director Peter Berg has done enough action movies at this point to know his way around city-based gun fights, fist fights, and car chases. That said, I was not quite as impressed as I’ve been before with the likes of The Kingdom or The Rundown. Perhaps the modest budget was limiting, but there was far too much close-up editing that continues to bug me.

This can be especially irritating when watching Uwais unleash his skills in silat to dispatch of his foes brutally. Mile 22 is a very violent film, and there’s no shortage of crazy finishing moves, but I wish the camera would just back up 10 feet to help me better appreciate some of the things we see. Some clever action bits do occur, however, as Cohan is tasked with being a bit more creative in some of her big physical moments. 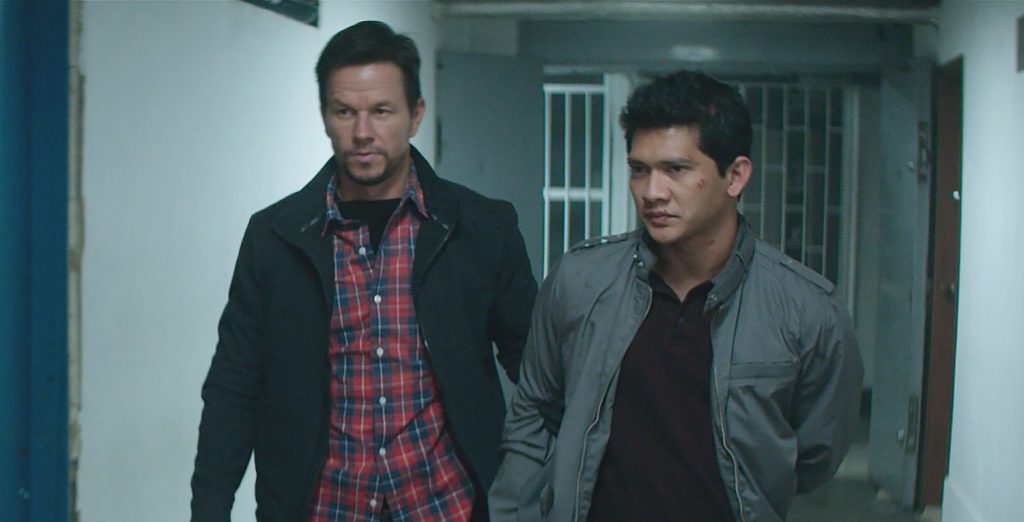 In all that takes place here, I have to note more of the oddities that felt shoved into this film. At 94-minutes, with credits, Mile 22 is somehow stuffed with ideas and yet lacking in fat. This film feels cut to the bone as far as getting to the point, but there are still so many plot threads in play and supporting characters that pop up. A team of technical pros from a variety of different countries are all present. John Malkovich is Wahlberg’s superior, who deals with even more people, gets to sport a wig and bark orders. There’s even a lead bad guy for Silva to exchange quips with. And the crazy thing is just how incomplete it ends up feeling, with the movie finding a way to sacrifice closure in favor of the promise of more (I was convinced another 20 minutes of the film had to happen to make sense of things).

Mile 22 seems like it should be a serviceable action-thriller. I actually feel like I appreciate it the more I delve into some of its absurdity. Perhaps if we can revisit Silva’s character in the presumed sequel (Mile 23?), I’ll be able to look back at the bold choices made here and appreciate them more. As it stands, when the film is not in action mode, it’s a messy movie that’s both overstuffed and overedited for the sake of the semblance of efficiency. It’s nice to see the Wahlberg/Berg collaboration mix it up a bit, but Mile 22 had a lot of odd potholes all along its roads. 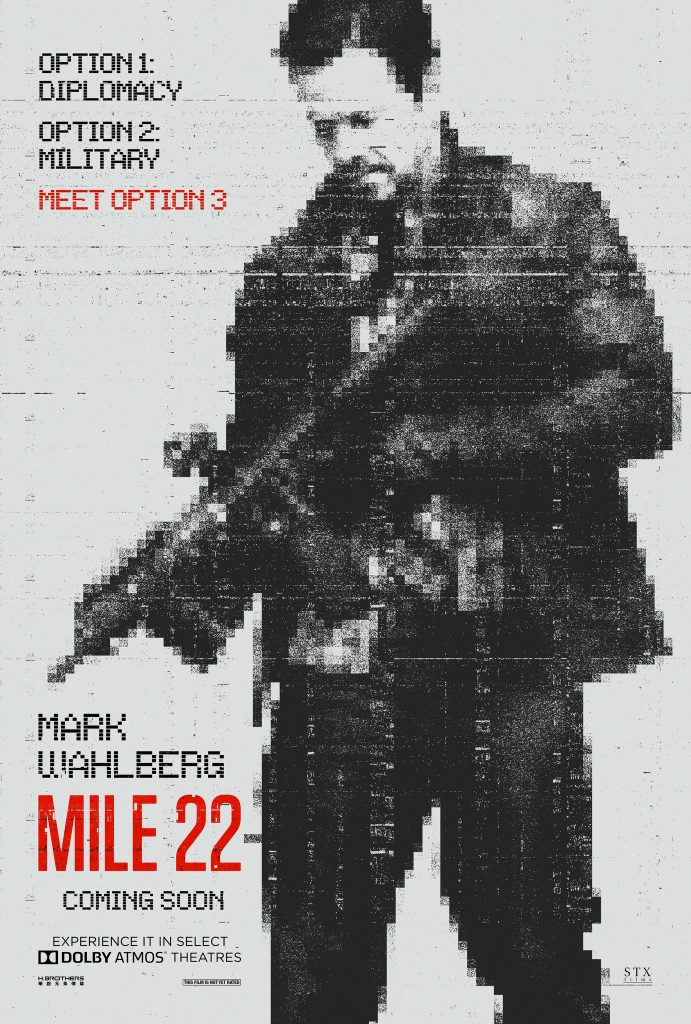