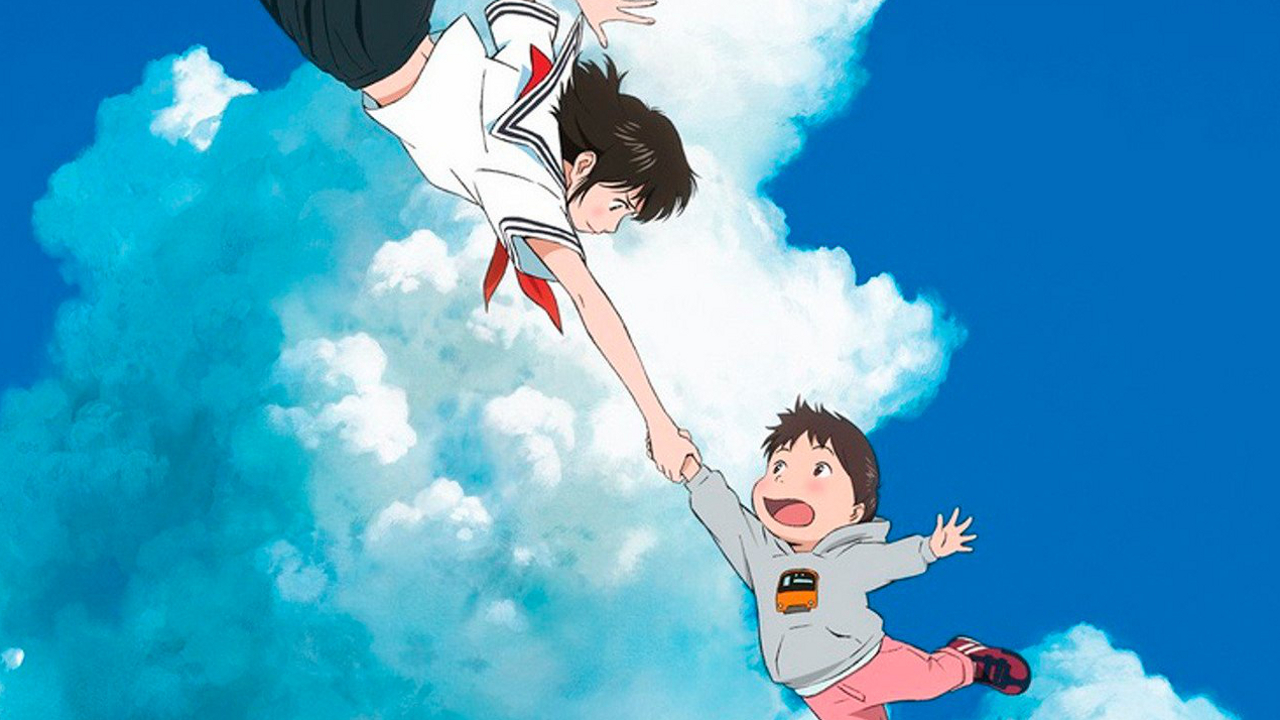 Writer-director Mamoru Hosoda has certainly created a name for himself as an acclaimed and enterprising auteur in anime. Helming such projects as Wolf Children and The Boy and the Beast, Hosoda executes familial and close relationship dynamics with such precision very few in the medium can match. Though simpler in nature than his previous works, his newest film Mirai (Mirai no Mirai) follows through on that directorial promise once again.

Young Kun (voiced by Moka Kamishiraishi, Jaden Waldman dubbed) has been accustomed to being the only child. Except for occasional notice paid to the family’s laid-back dachshund, the four-year old revels his parent’s undivided attention. Household harmony is unbalanced when Kun’s mother gives birth to a little baby girl named Mirai. Suddenly, all of the parental focus is shifted to new baby. Kun’s reached beyond the realm of jealousy with these rapid changes. Throwing tantrums and smacking his baby sister with a toy train sadly surface as common acts of defiance. While jealousy between siblings is equally common, Hosoda transforms the path set in Mirai into sentimental upgrade.

Kun’s uncertainty is ironically challenged by what was fueling the fire in the first place – his family. In Dickens-eque fashion, he communes with his immediate family, venturing through space and time. Most important is the arrival of his baby sister from the future. It’s no coincidence that the name Mirai translates as future. A teenage Mirai (voiced by Haru Kuroki, Victoria Grace dubbed) pleads with Kun not to hate her and to quit being a brat to their family. This touching journey of identity and maturity provides ample thought for the four-year old. At that age, empathy doesn’t always register and the concept of “me, me, me” flourishes. One can’t be fully upset with Kun, albeit a course correction in behavior is greatly in order.

SEE ALSO: Blu-ray Review: My Life as a Zucchini Marvels as a Heartwarming Youth Tale

While Mirai’s initial vignette holds significance throughout the plot, it’s clearly not enough of an eye-opener for Kun. Hosoda dives deeper into the psyches of the other family members, understanding what makes each of them tick. Kun’s mother (voiced by Kumiko Aso, Rebecca Hall dubbed) tends to get annoyed by his constant defiance and cluttering of toy trains. But once we see how her own childhood played out, both Kun and the audience have a stronger grasp of this maternal mindset. The enlightened scenarios elicit a heartwarming core to Mirai. Though its repetition is paramount for Kun, who cycles through his childish actions. Despite the scenario’s message being fully digested, Kun tends to revert back to his old ways. And it can be over something as petty as rejecting a certain color of pants.

Mirai doesn’t have the meaty plotting like Hosoda’s previous works. Summer Wars, Wolf Children and The Boy and the Beast each found themselves nearing a two-hour run time. Hosoda’s screenplay aims for a more leaner approach, clocking in at 98 minutes. In a way, Hosoda is painting one of his richest canvases to date with Mirai. Borrowing from his previous works, it’s the culmination of nearly two decades of familiarity, passion and an enticing angle for audiences. Its message of disrupted family dynamics resonates as quite the poignant achievement. Mirai fully enters the mindset of a young child, posing important questions, yet challenging their thought process at the same time. It’ll surely spark up quite a few conversations between parent and their little ones after watching the anime. Some nods, however, may be directed more towards the parents.

Writer-director Mamoru Hosoda crafts his brilliance once more as anime’s modern legend alongside Hiyao Miyazaki. A stellar, spiritual examination of youthful growth, Mirai boldly asks the big questions of how to cope with a new sibling and family from such a tender perspective.