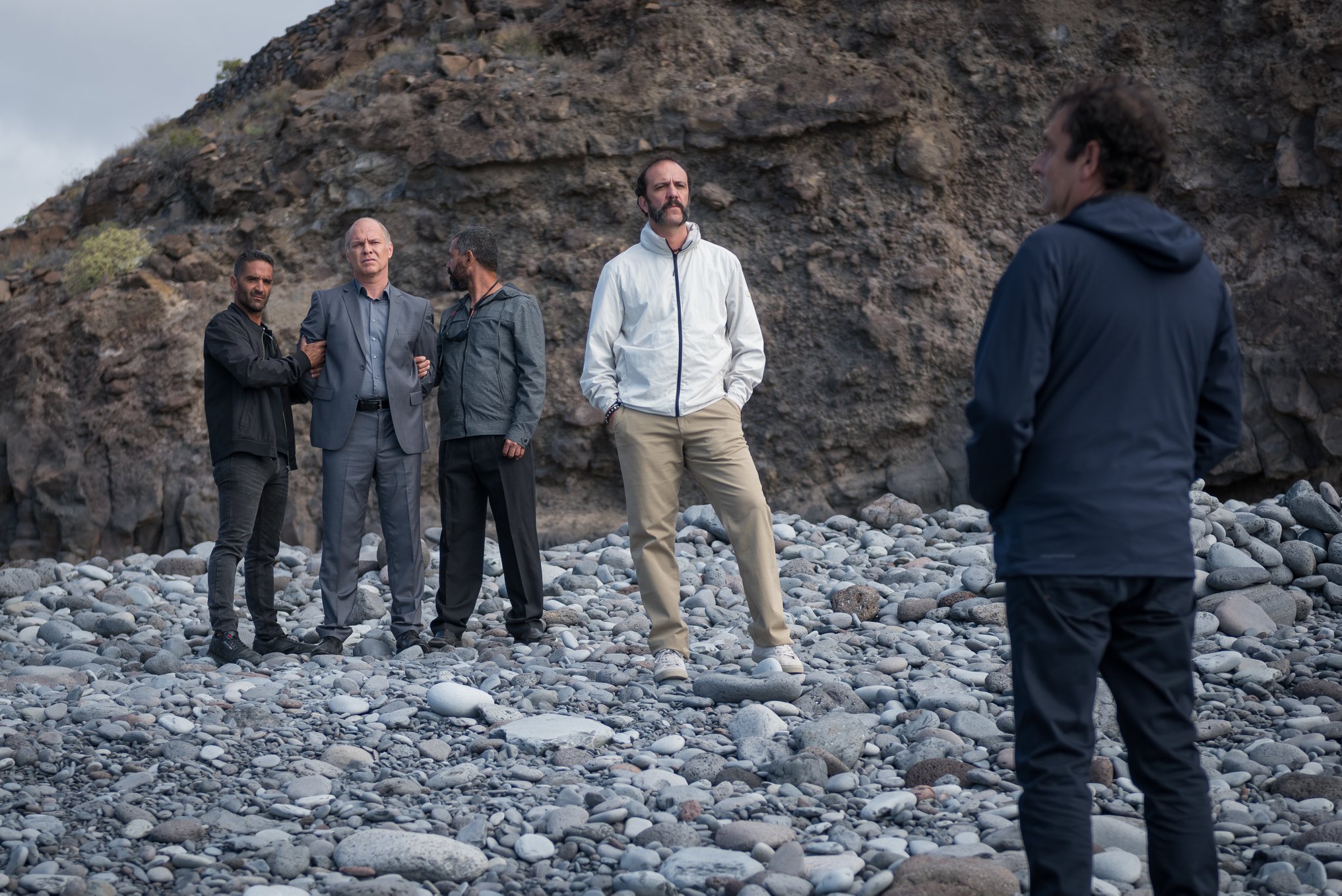 I am not familiar with the films of Romanian director Corneliu Porumboiu, but it seems as though I need to catch up. The Whistlers is a crime thriller with enough comedic beats to feel like a European cousin of something the Coen brothers would dream up. Armed with a troublesome set of characters, exotic locations, and the reliance on a secret language involving whistling, there’s a lot to enjoy here. Perhaps it only adds up to so much, as the film is more about finding the right place to add deadpan humor to its byzantine plotting, but there’s still entertainment to be had.

The film opens with Cristi (Vlad Ivanov) arriving in the Canary Islands, with Iggy Pop’s “The Passenger” blaring on the soundtrack. If the subtitle under clever is “obvious,” this film gets off on the right foot. Cristi is a detective from Bucharest, who has found himself involved with a money launderer and his girlfriend Gilda (Catrinel Marlon). Through flashbacks, we learn what’s going on. Somewhat against his will, Cristi is now a part of a plan to recover a gangster as well as a large sum of money for the various nefarious people he’s found himself in the company of.

As the title suggests, whistling plays a significant role in this film. At first, it is quite funny to watch an intimidating man teach Cristi the ways of using whistling as a code. As the film carries on, we see how it’s not only essential, but opens the movie up to explore the nature of double meanings, over-plotted goals, semantic arguments, and more. There’s most certainly a self-awareness to what is taking place, and yet The Whistlers doesn’t overplay its hand by having the characters mock the situations they have found themselves in. 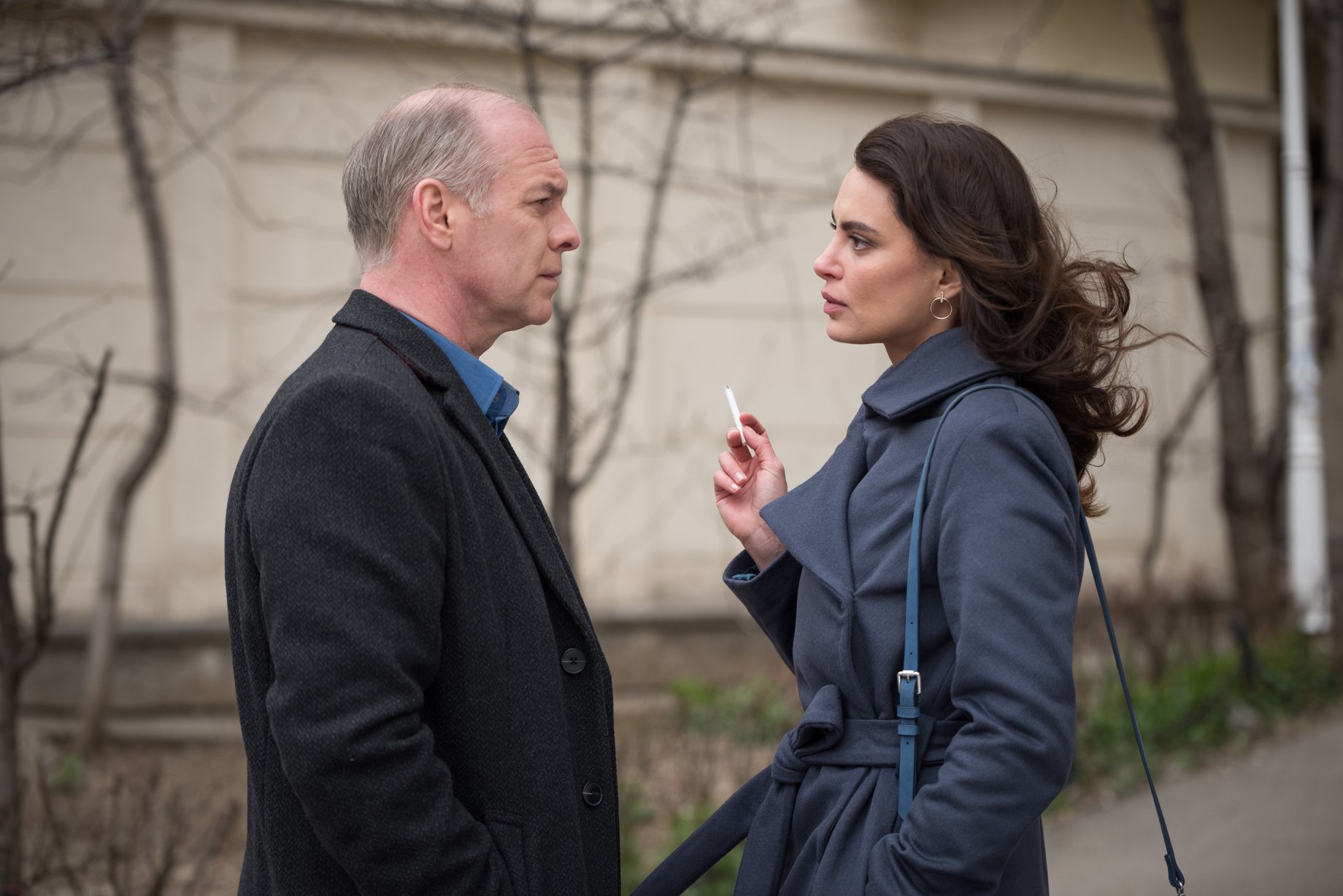 While not written or performed in a manner that suggests you could stick these characters into a 30s Raymond Chandler adaptation, there is a specific level of detachment that allows The Whistlers to play up the noir-ish aspects to a fun degree. There’s a conflicted protagonist, a femme fatale, various tough guys, comedic relief (mainly in the form of Cristi’s mother, played by Julieta Szonyi), and a hard-nosed boss. With the film playing with these characters through layered scheming, double-crosses, and a dose of the bizarre, it is both easy to play along with, as well as complicated enough to have the viewer favoring sitting back and just seeing where things go.

However, this isn’t The Big Sleep. There are specific pay-offs in mind for the plot, and thanks to the film’s deliberate structure and Porumboiu’s effectiveness in making the details matter, there’s an appropriate level of build-up that leads to a rewarding outcome. Getting there means having fun hearing the whistling code, as well as the various forms of intimidation and doublespeak.

Through it all, you have Ivanov doing a fine job downplaying the imposing nature he’s brought to more villainous roles in other features. As a film with a darkly funny edge, one can think to In Order of Disappearance (remade as the 2019 dark crime comedy starring Liam Neeson, Cold Pursuit), when it comes to watching a middle-aged man trapped inside a plot more complicated than he realized. That doesn’t stop him from balancing his insecurities with the level of craftiness needed to survive in certain tense moments. 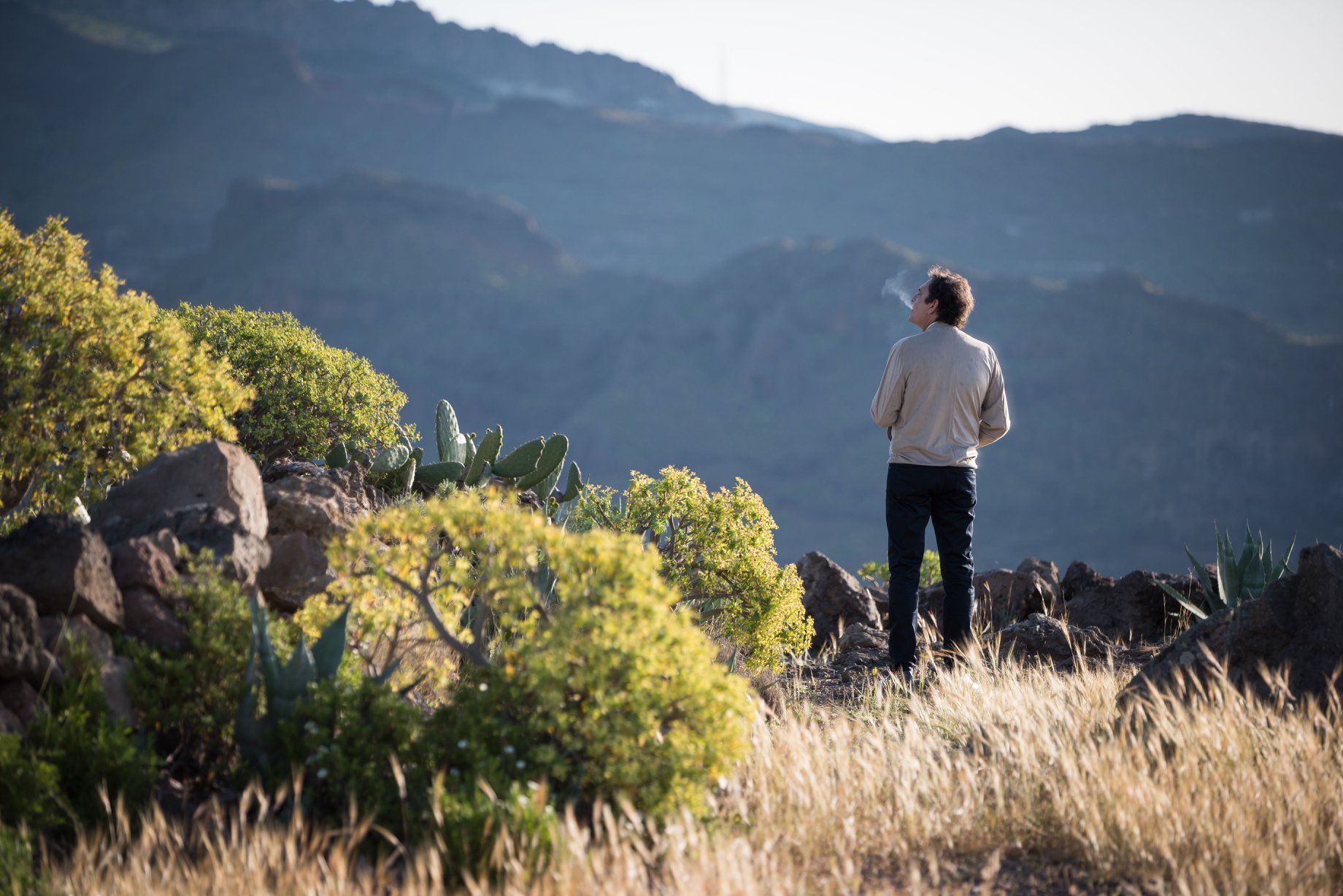 Thanks to the various locations, as well as the absurd nature of Silbo Gomero (the secret whistling language), there’s also a lack of reliance on pushing things too far into hardboiled territory. If anything, the film has a lot of modern ideas on its mind, letting electronic music, hidden cameras, and more inject its way into a story divided by chapter marks. And at just over 90 minutes, the film has enough stylistic choices and compelling developments to ever wear itself thin.

As a cop thriller working well enough to likely garner a nod from Hitchcock, Tarantino, and Wilder, The Whistlers provides a level of satisfaction anyone with a desire to screw around with genre would want. But isn’t that what you’d expect from those quirky Romanians? 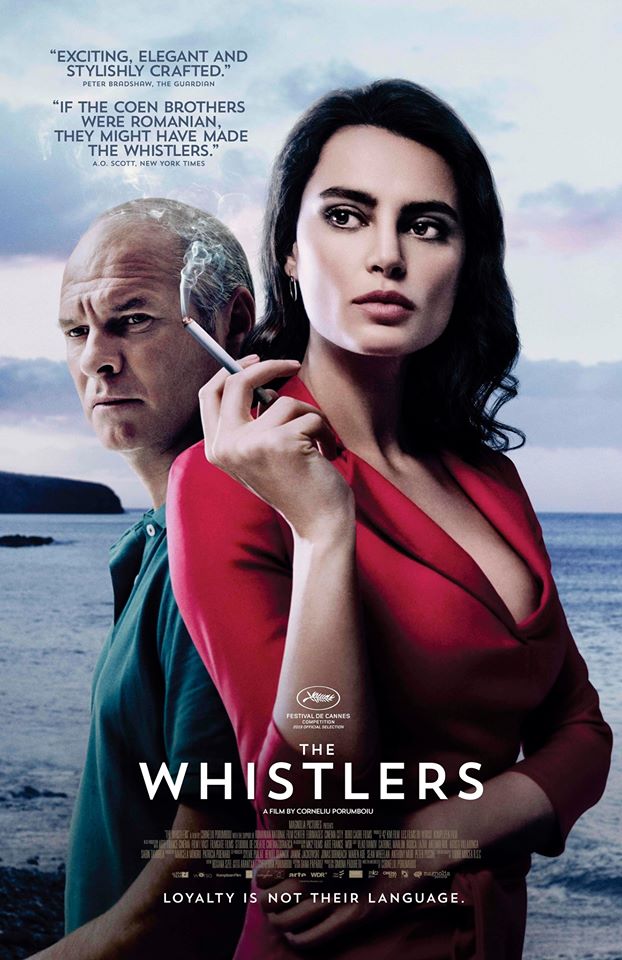