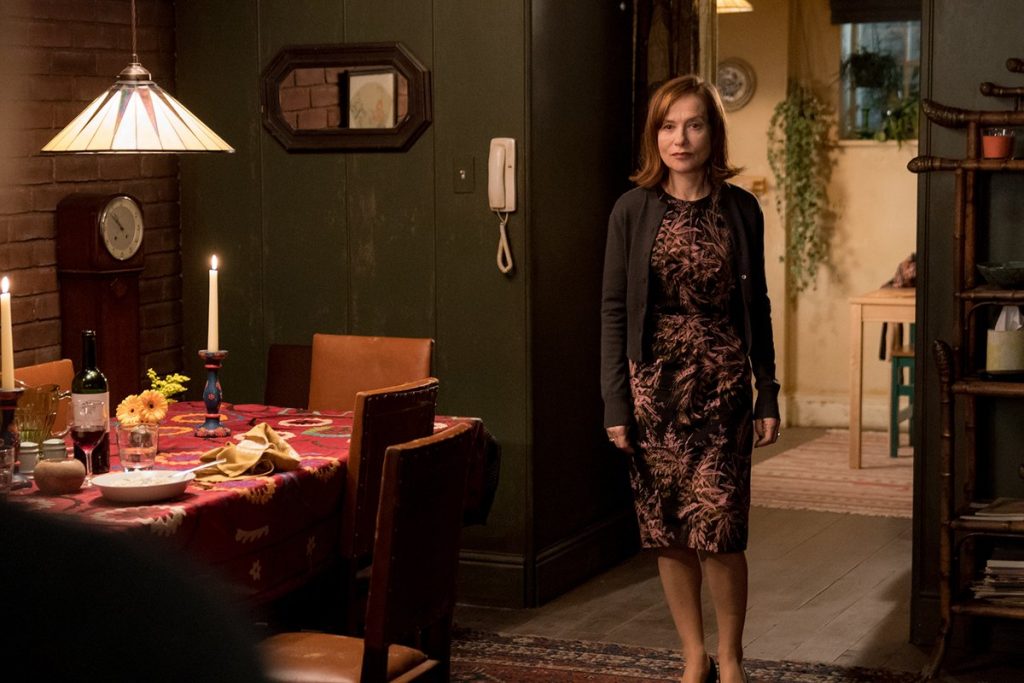 Even without knowing the premise, director Neil Jordan doesn’t take too long to show you what kind of film Greta is going to be. This is the artsy thriller that can conceal its campiness by way of modern jazz and fluid camera movements. The movie is ridiculous, but the actors stare at each other with enough seriousness to make it commendable that they stuck with this script presumably to work with Jordan. There’s also the central performance by Isabelle Huppert, who goes far enough with the role to never make the film less than entertaining, even as the disturbing factors teeters into over-the-top comedy.

It already sounds like I’m not a fan of this film, but that’s a tricky thing to say. I’m not sure if Greta is the film I need to use as an analysis for the scoring process when it comes to writing reviews. However, this is the sort of film that challenges it. Putting several paragraphs together to critique a movie lends itself to analysis digging into what I, the viewer, took away from the viewing experience. Adding a number or letter grade at the end is a (sometimes) optional addition. Greta would be deemed “bad” by me in terms of a black & white perspective on how a film can be graded, but I wouldn’t say it’s a bad film.

This movie is watchable. It has some clunky performances and dialogue early on, but it’s consistently entertaining. Part of that has to do with the absurdity of the premise. Chloe Grace Moretz stars as Frances, a naïve young woman who is trying to make it on her own in New York City. After discovering a handbag sitting by itself on a Subway, she decides to return it to its proper owner. This is Greta (Huppert), who is presented as a lonely piano teacher. As Frances has recently lost her mother, she sees Greta as someone she can grow closer to. However, this friendship takes a turn when we realize Greta may have intended certain things to happen all along.

To the film’s credit, some major reveals take place early on. Much of the film is devoted to finding ways to stay away from Greta, which is a novel approach. I’m not sure how you could make a film, at this point, that would put a focus on whether or not Greta is dangerous in some way. Seeing Greta not only reveal its hand early but have Frances’ roommate Erica (Maika Monroe) constantly warn her about this activity lends the film some credit for being self-aware to a point.

Attitude about its own premise aside, there’s not much nuance to how these early scenes are handled. The dialogue feels like a small step up from an after-school special about stranger dangers. Perhaps that’s purposeful. Jordan is too skilled as a filmmaker to let certain things slide, though I wonder if presenting a naïve character so blatantly in front of us made him forget to play up the satirical quality of a wide-eyed woman leaping at the chance to bond with an eccentric mystery person.

I especially wondered about this due to the casting of Monroe, already an icon for modern movies about stalkers, given her lead role in It Follows. Placing her in a tense sequence involving Greta lurking behind her does not feel like an accident, which is part of why the second half of Greta is so much fun. At that point, we understand the nature of this “friendship,” and it becomes a cat and mouse game of when Greta is going to take things to another, possibly violent, level. 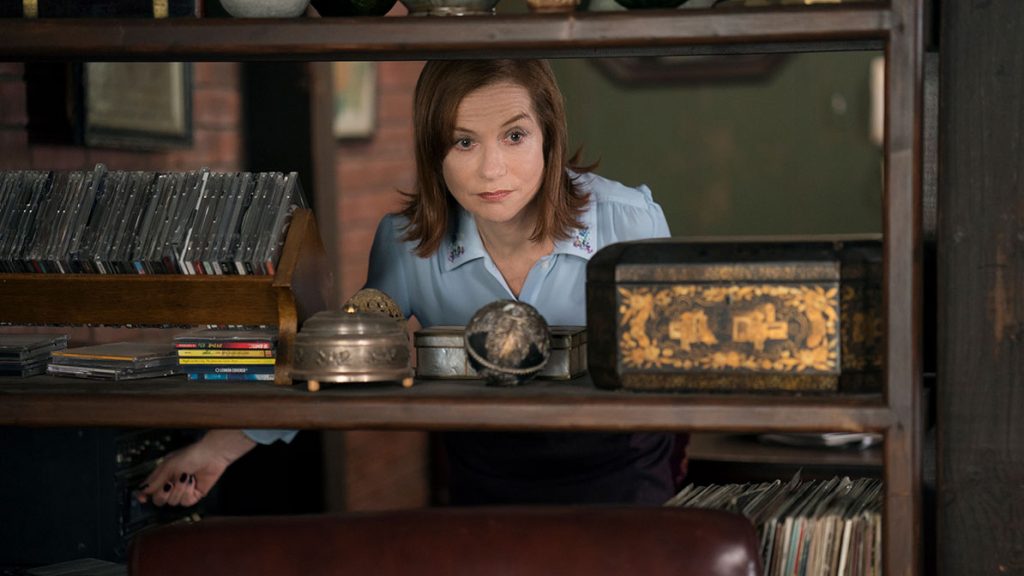 So, the film isn’t especially good, but it has a lot to enjoy. Placing a character like Greta in nice homes, apartments, and restaurants provide the film with a sleek edge to push it against similar movies that keep New York’s grittiness as a primary factor. Jordan may wallow in standard thriller plots, but he’s attempting to disguise this film with some level of prestige as far as the presentation goes. It’s why Huppert works as a strong casting choice.

Similar to Paul Verhoeven, a director who is happy to subvert ideas through cinematic presentation and a high level of satire, Jordan deploys Huppert in a manner not unlike in the film Elle. These two films are operating on different levels, but you have the façade of someone who is presented a certain way but wrapped in a movie that pushes them to extreme levels. With Greta, we go from an interesting loner to a skilled manipulator to something else entirely. It keeps the film entertaining, at times suspenseful, even if there’s a predictability to how things may play out. 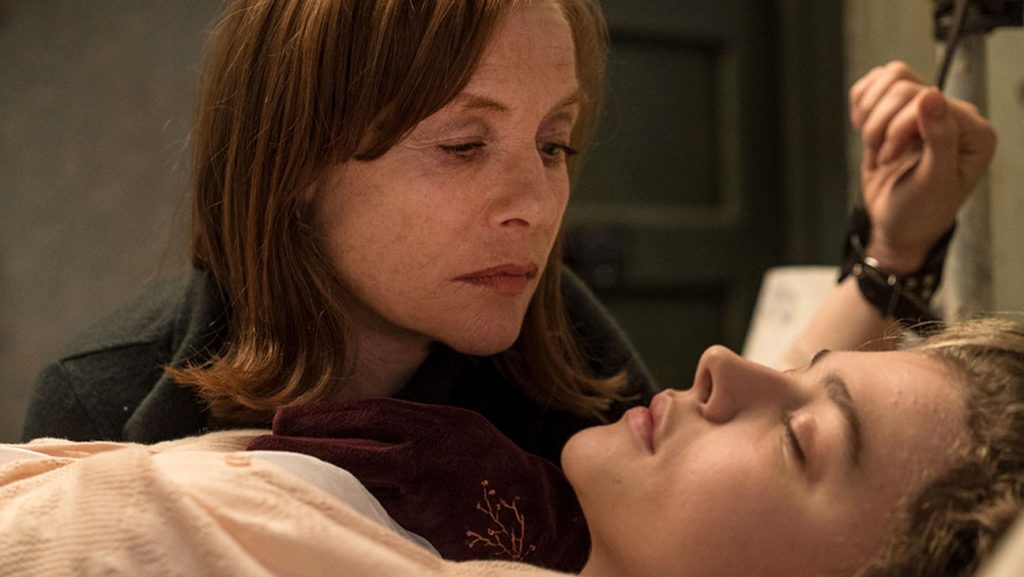 That’s a bit of a shame, as I was happy to look past some of the acting inconsistencies early on, as the film seemed to be making some interesting choices. However, while certain turns feel a bit unexpected, it was hard not to think of what the inevitable conclusion would be. This came down to the point of casting frequent Jordan collaborator Stephen Rea in a role that I could immediately identify, just by listing him in the opening credits as “and Stephen Rea.” Perhaps that comes from having seen so many movies, but the more significant point is how Greta is not reinventing anything.

There is enough to compliment in the film’s style. Huppert brings a tricky sense of menace to her role. The twists are what they are, but the film’s absurdity allows it to go far enough in the realm of throwback entertainment that came out of the Fatal Attraction/Single White Female era. One could also look into whether there’s a strong enough empowerment aspect to go with the exploitation film angle concerning the danger of the lonely elderly. If that’s enough to put you on the path of Greta, enjoy, just beware of her handbags. 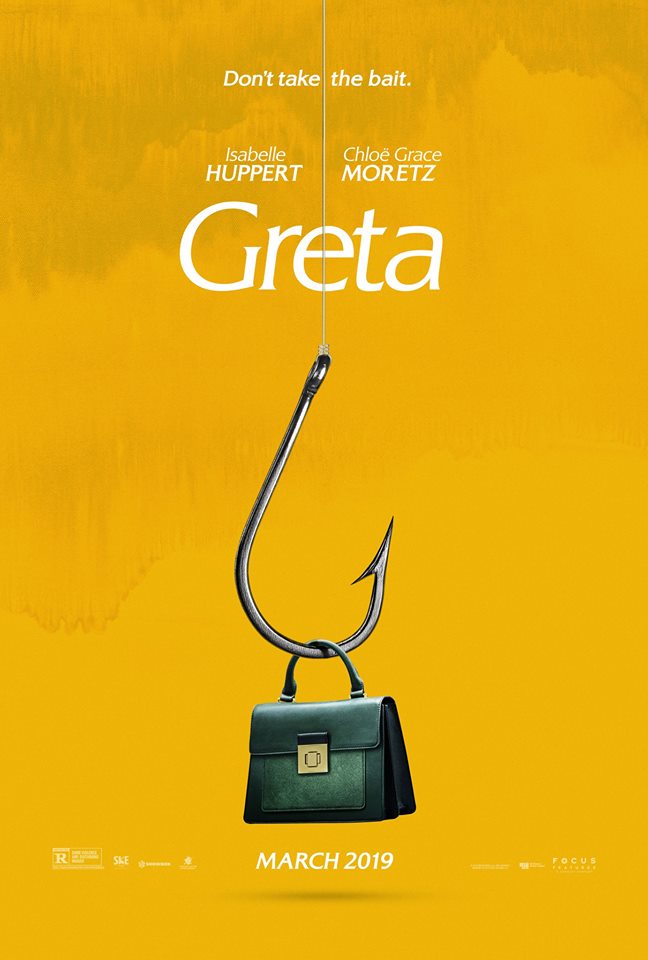