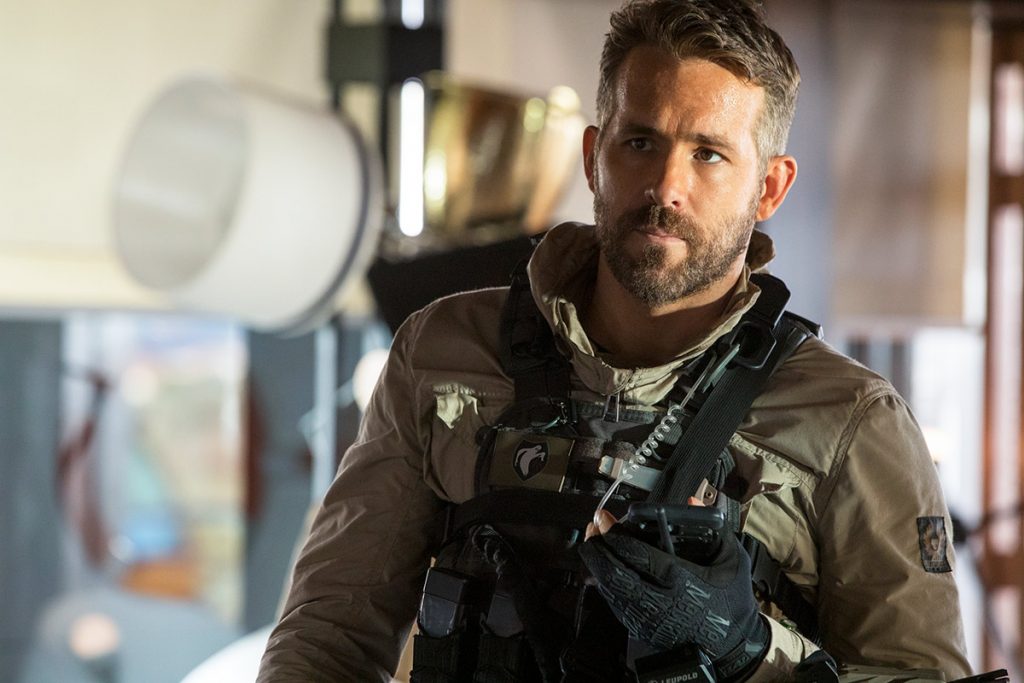 Handing Michael Bay $150 million to make a movie free of typical studio control/demands could be seen as a Faustian bargain. As a collaboration between Netflix and Skydance Media, it now comes across more as inevitable. 6 Underground joins other films distributed by the media service with deep pockets in being another costly production that still allowed an auteur free reign to make exactly the movie they wanted. For better or worse, this action-comedy delivers the goods. The money is all on-screen, and even if the film constantly risks collapsing under its weight due to constant “Bayhem,” 6 Underground still has the feel of a movie belonging uniquely to one filmmaker.

Truth be told, it’s not all Bay. As much as his brand of action stands out, the explosive director is both a perfectionist and a collaborator. Bay will happily spring for the best people he can get to help contain the chaos of his insanely elaborate and hyper-edited movies, which is why he can secure solid casts and a crew of folks behind-the-scenes to help deliver that particular feel. At the same time, Bay’s films tend only to be as good as the scripts he works with. That is to say, he’s not a director who’s going to improve on a story presented to him, only adjust it to his ludicrous speed.

This is where Paul Wernick and Rhett Reese come in. The writers behind the Deadpool and Zombieland movies crafted a story seemingly simple enough to lend itself to a whole series of films. One can see the old TV series and comic books these writers may have had in mind when fleshing this concept out, but it’s still a fun one. 6 Underground focuses on Ryan Reynolds as the billionaire leader of a team with very specific skills. Going only by numbers for their codenames (Reynolds is “One”), they function as a vigilante squad taking down notorious criminals who hurt the world. Oh, and each member of Reynolds’ team, including himself, has faked their own death, allowing this skilled crew to operate as ghosts working for the greater good. 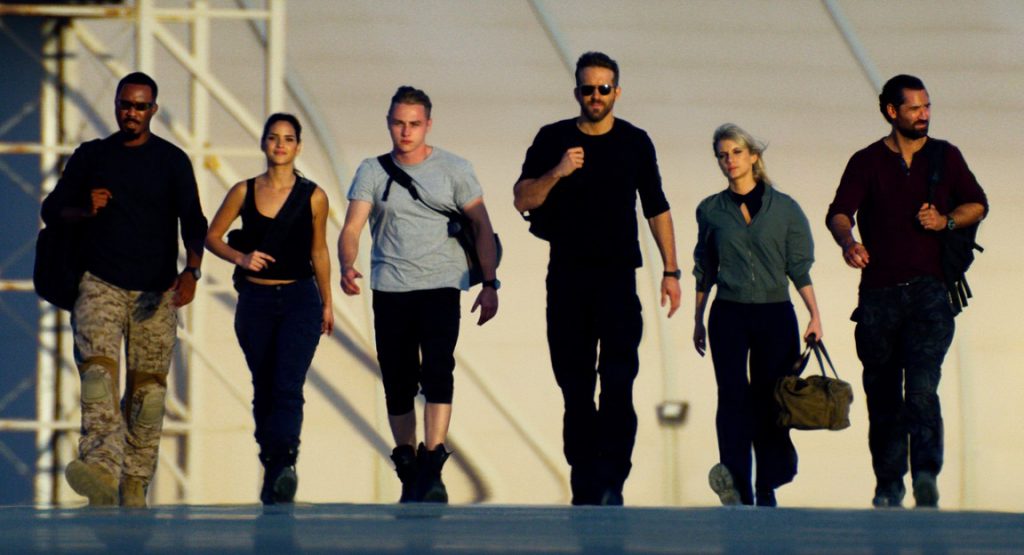 It would be easy enough to lay this concept out, and the film even features a voiceover from Reynolds to continually keep the audience up to speed. However, that’s not enough for Bay. The film’s opening twenty minutes work to introduce the audience to all the members of the crew (Melanie Laurent, Manuel Garcia-Rulfo, Ben Hardy, Adria Arjona, and Dave Franco) via an extended car chase through Florence, Italy. There are also flashbacks and on-screen text providing additional information, in between super slo-mo shots of exotic cars careening around the Italian city, while bullets fly, people get killed, and the actors mug into the camera.

This car chase, and the entire first act, nearly sink the picture. It’s not as though the pyrotechnics aren’t impressive, but it’s almost as if Bay is so thrilled not to have to deal with the requirements of a Transformers film geared towards all-audiences that he’s happily plowing his big Netflix movie into overly excessive R-rated territory. We not only see bad guys get taken down, there are up-close shots of human bodies getting destroyed in darkly humorous ways, all while Reynolds and his crew make snarky jokes about their situation.

Fortunately, things eventually calm down, the story starts feeling less convoluted, and the character comedy begins to blend nicely with the action movie filmmaking on display. The film will no doubt rub the many haters of Bay the wrong way, as he’s not showing much evolution as far as calming down with his style. However, for all the flaws that come with his way of embracing the times, Bay also finds plenty of ways to make his actors all seem confident in their performances, while the story accomplishes what is needed to make its own level of sense.

Corey Hawkins serves as an audience surrogate of sorts. He plays the newest addition to Reynolds’ team, with plenty of questions about how this whole operation works. As he arrives once the film begins to click together coherently, there’s enough to tap into as far as seeing the character dynamics on display, and the formation of plans for various impossible missions that would likely be handled by Tom Cruise or Vin Diesel, and their respective teams in a different cinematic universe.

Buried within all of the excess that is Bay’s tendency to shoot his films like the commercials and music videos that helped his early rise to fame, there is something to be said for the ideas behind the film’s concept. While one can argue over the politics of the film, it adheres to the strange complexity that is Bay’s patriotism countered with disrespect for authority. More interesting is how he and the script work to dig into the idea of wish fulfillment in the form of violent takedowns of elements poisoning the world with their evil.

At over two hours, 6 Underground is still too crowded to contend with the ramifications of what a team like this is doing. However, I like the idea of a film like this knowing there’s a depth worth mining, even if it’s content with showing the audience some wild ideas concerning the action on display over that more in-depth discussion. And fortunately, Bay is up to the task of balancing the plotting and characters with some inventive action ideas.

While many scenes are over-edited (oh how I wish to see Bay back in his Bad Boys/The Rock days of filmmaking), several standout moments play into his visual ingenuity, as well as what makes sense for the characters. Reynolds’, in particular, gets a very neat tool to rely on in a third act action sequence that delivers some action-packed mayhem I have not seen before. Similarly, Bay’s apparent recent discovery of parkour has him giving Hardy’s character plenty to do as far as hopping all over tall buildings and whatever else, with the aid of a GoPro camera to throw the audience further into the moment.

The other actors have their time to shine as well, in and out of the action. Laurent and Garcia-Rulfo may be the supporting characters with the most to do, as their personalities play well into the proceedings as a way of riling up Reynolds, and keeping up the quirky energy that tends to seep into most of Bay’s pictures (he may never make a film as good as his beloved Coen brothers, but he certainly has let their influence find its way into his movies, whether film snobs want to see this or not). Additionally, Reynolds does do his best as a lead character shrouded in mystery. He certainly talks a lot, quipping his way through much of the film, but you get a sense that his detachment is speaking to something not quite defined, but essential.

Yes, the film is still overlong, overedited, excessive, gratuitous, mean-spirited at times, and somehow bent into a shape suggesting by the end that it has had an understanding of humanity all along. And yet, I was able to push aside my early struggles and enjoy the film once it found its footing. There may not be a cerebral benefit from absorbing the visual chaos and audio cacophony that is 6 Underground, but sitting back and strapping in to let Michael Bay take me for a ride the way only he knows how gave me a decent enough sense of joy. 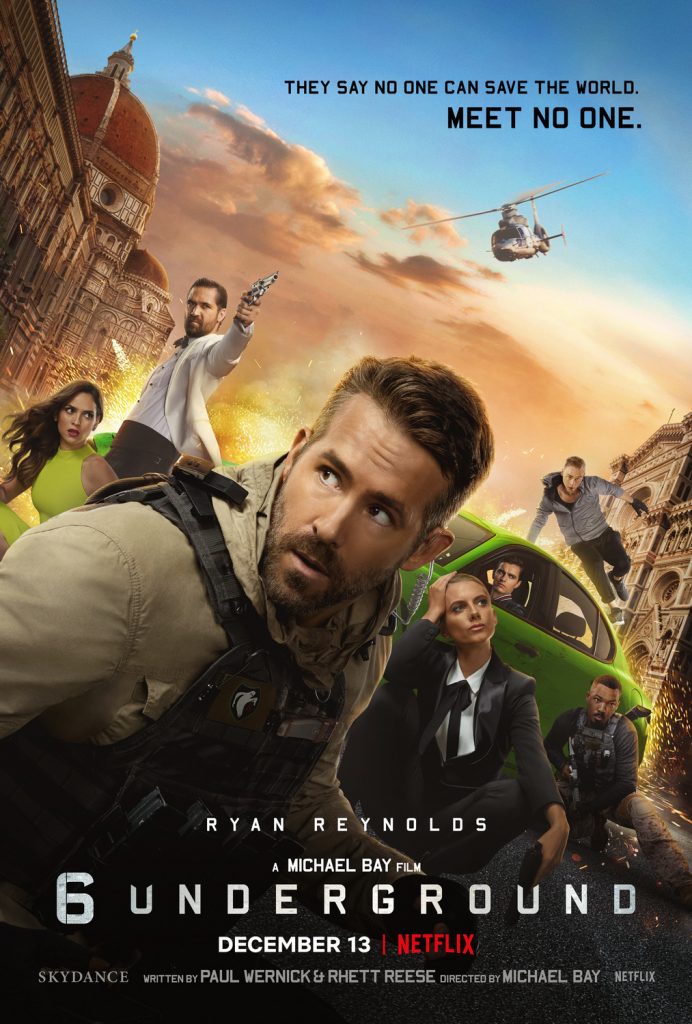