Review: The Night Comes For Us Is A Brutal & Bloody Beatdown

I’ll admit, I am not a huge fan of Asian cinema. Of course there are exceptions, but we’ve all got our own groove and if I’m going to read subtitles I tend to go for French, Italian, or Scandinavian. I’m also not big on martial arts. Again, there are exceptions. Who doesn’t love Kung Fu Hustle? I do. Who wouldn’t be impressed by The Raid? I was. But generally speaking, this genre is not my favorite.

Having said that, writer-director Timo Tjahjanto’s The Night Comes For Us is an impressive, noteworthy film to say the least.

Ito (Joe Taslim) is a cold, killing-machine member of an elite Triad force known as The Six Seas—with him he brings oceans of blood to those who dare to defy. But something clicks in his mind and heart when he’s ordered to take part in the massacre of an entire village. He murders his own hit squad and takes the sole survivor, a little girl (Asha Kenyeri Bermudez), home with him in some hope of reaching redemption. Needless to say, this is a no-no in the eyes of his superiors and he’s forced to go on the run with the child, slashing and hacking his way through a swarm of relentless and vicious villains. 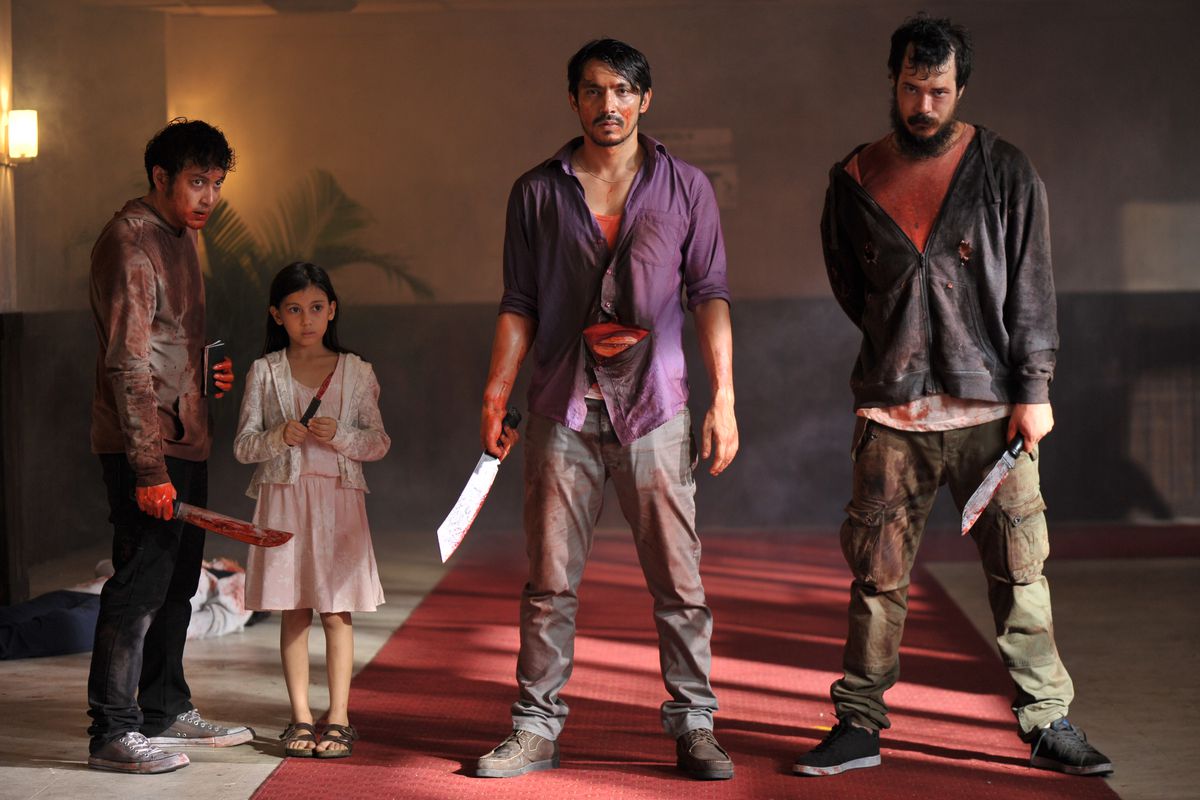 The Night Comes For Us is perfect in pitch and presentation. The actors are excellent, the story is solid, the cinematography is stunning, and the choreography is killer in more ways than one. There are some white-knuckle action sequences. The most-talked about one takes place in a butcher’s shop and I’ll make no bones about it (womp, womp) it’s truly inventive, cringe-inducing and memorable.

One of the things I liked best about The Night Comes For Us is that it shows the pain on both sides— for every instance of bloodshed, there is an acknowledgment of the immense toll violence takes. But it’s also the thing I liked least. It’s too real. I like seeing severed limbs flying onscreen as much as the next film fan, but I prefer them in the vein of Monty Python’s Black Knight in The Holy Grail. Or unleashed in one shocking, climatic moment of horror, like Travis Bickle’s ruthless revenge in Taxi Driver. But when the gore veers into torture porn territory, I zone out. I certainly cannot fault The Night Comes For Us for being what it is. But it’s just too violent and repetitive for me—dozens and dozens of people die over and over in every way imaginable. There’s blades, bullets, bones, garrotes, meat hooks and more. Even the Marquis de Sade showed more mercy and restraint.

So, this one is a toughie to review. Did I like it? Not especially. Did I admire the filmmaking? For sure! Do I recommend it? Maybe. It depends on whether or not you enjoy violent martial-arts revenge thrillers. If you do, then you definitely won’t find a better new release than The Night Comes For Us.