I tend to find it fascinating to watch filmmakers and actors show the struggles they are going through in their work, much like an artist would on the page or canvas. The visual medium can be just as compelling in that regard when you consider the role religion has played in theme park pariah Martin Scorsese’s features, or family (fathers specifically) with Steven Spielberg. Honey Boy is not about those towering figures of the New Hollywood, however, as it looks to a more modern figure in the realm of cinema. This is a story by Shia LeBeouf, and as a work of dramatic therapy, it’s quite engaging.

To be clear, the film is not about LeBeouf, exactly. The film may open with Lucas Hedges dressed as Sam Witwicky from the Transformers films, and being hurled on a wire away from an explosion, but we’re watching someone else. We are seeing the life of Otis Lort, a young actor with issues. Not long after his day on set, Otis finds himself in an altercation with police on the scene of a DUI. Drugs are a component here, which is enough to get the young man sent to rehab.

LaBeouf wrote the script for this film. Still, while having a look at some of the exploits that turned him into a bad boy allows for an enticing approach to the sensational side of Hollywood, Honey Boy is not really about that. Instead, a majority of the film rewinds the clock ten years, with a focus on 12-year old Otis (Noah Jupe) and his father James (LaBeouf). The two are living out of a hotel. James does what he can to push his son towards the life of a star performer. 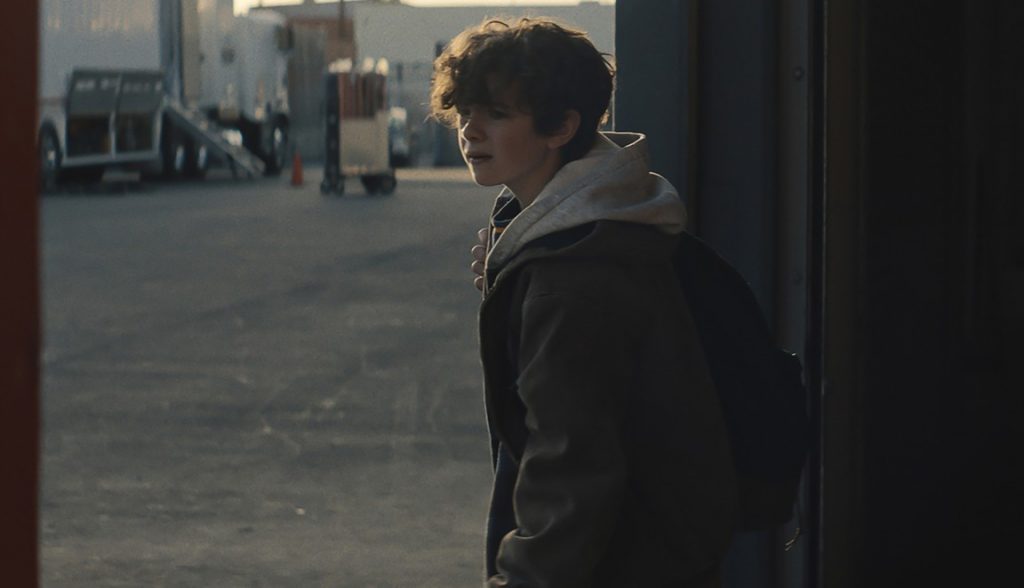 Having LaBeouf play his own father sets the viewer up for a ride that can be uncomfortable at times, enlightening at others. Whether or not this is an essential story for all to see, watching LaBeouf recreate the abuse he almost certainly suffered through himself finds Honey Boy working on levels that will strike a chord with the audience. Fortunately, there is something to LaBeouf that naturally transfers over, despite how horrible he can be as this man, however well-meaning he may also be.

Much like the recent comedy-drama The Peanut Butter Falcon, seeing LaBeouf this year feels like a good reminder of how charismatic he can be in front of the camera. Separated from all of his behind-the-scenes antics and performance art stunts, there’s a good actor here, and he makes the most out of the opportunities that clearly interest him. Honey Boy is some of his best and most affecting work because it is personal, and due to the complexity of the role.

James was a former performance artist as well, with the film showing off his work as a clown. He’s also a charmer. For all his obvious flaws, he’s a talker, and a good one. That doesn’t cover up his insecurities regarding his separation from his wife, Otis’ resentment, and the new man in his son’s life. However, we still get to see the layers of a person who wants his son to succeed. 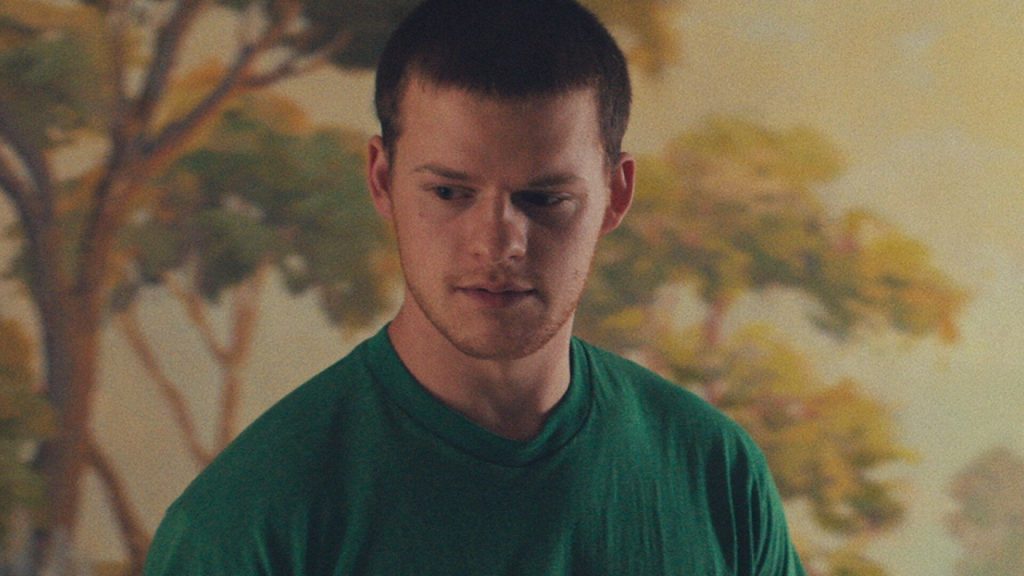 None of this should discount the work of Jupe or Hedges either. As we see more of Jupe, it is fortunate to see so much talent bursting out of this young actor. Finding the innocence in a boy of this age, matched with the harsh realities he is seeing feels like an accomplishment. Watching Otis try to sort through all of the feelings he has about his dad and his situation makes for a rough look at a young life that has some inevitable troubles coming down the road.

Seeing that trouble in the form of Hedges plays excellent as well. Hedges does a spot-on impersonation of LaBeouf, but it’s more than just approximating his look. There’s a style of speaking, mannerisms, and delivery that push him beyond impression and into proper performing (having him provide a, “No, no, no, no, no,” right away doesn’t hurt either). We see what Hedges is doing to capture LaBeouf as people know him to some degree, but Honey Boy does well to throw enough to understand his unstable nature and vulnerabilities.

Additional supporting roles are strong as well. Clifton Collins Jr. does everything with very little to play the embodiment of a positive role model for Otis, whom James cannot stand. Laura San Giacomo does thankless work as a therapist looking after the older Otis. I was unfamiliar with singer FKA Twigs before this film, but her role as a neighbor in an equally vulnerable position only further enhances the sort of isolation Otis faces while allowing for moments of solace.

Director Alma Har’el, best known for her documentary and music video work, delivers well with her feature film debut. Her close relationship with LaBeouf, who starred in a Sigur Ros music video she had directed, feels apparent enough as far as creating what seems like an intimate space for these actors to share. One could say Honey Boy isn’t making room for many ambitious filmmaking choices when it comes to indie dramas relying mainly on the passion of the star/writer, but nothing about the direction felt intrusive either.

Elevating Honey Boy is the lack of vanity on display for what could be called a vanity project. Sure, it’s a showcase for LaBeouf to show off his skills in many ways, but that’s backed up by the presence he brings to the film, along with Jupe and Hedges. I wish the film played around a bit more in blurring the lines between what we’re seeing as an actual representation of LaBeouf’s life and the version of him many assume to know that is also being leaned on here. However, for a feature committing to showing the troubled childhood and results later on, an eagle-eyed viewer can see how LaBeouf appropriately channeled his fury and anguish for the better. 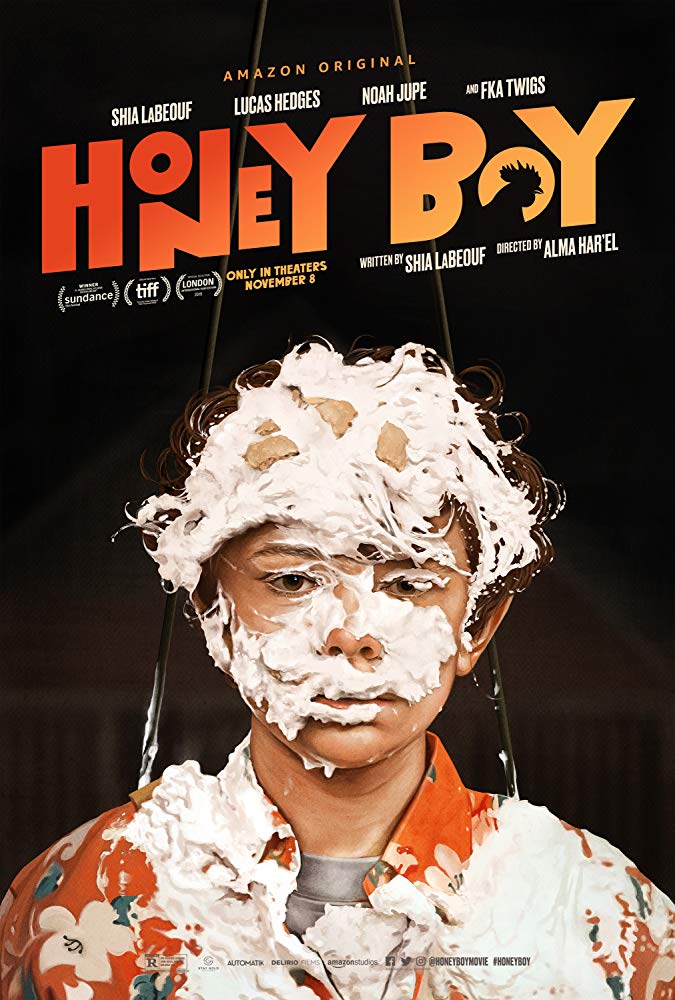 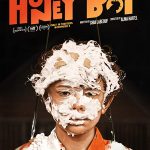 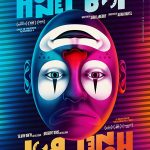 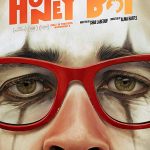 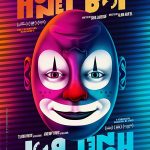 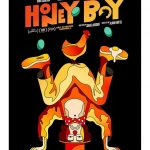 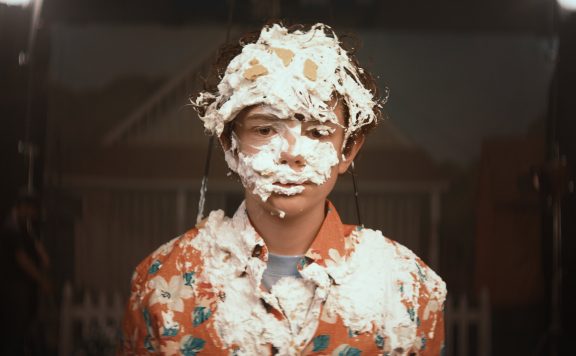