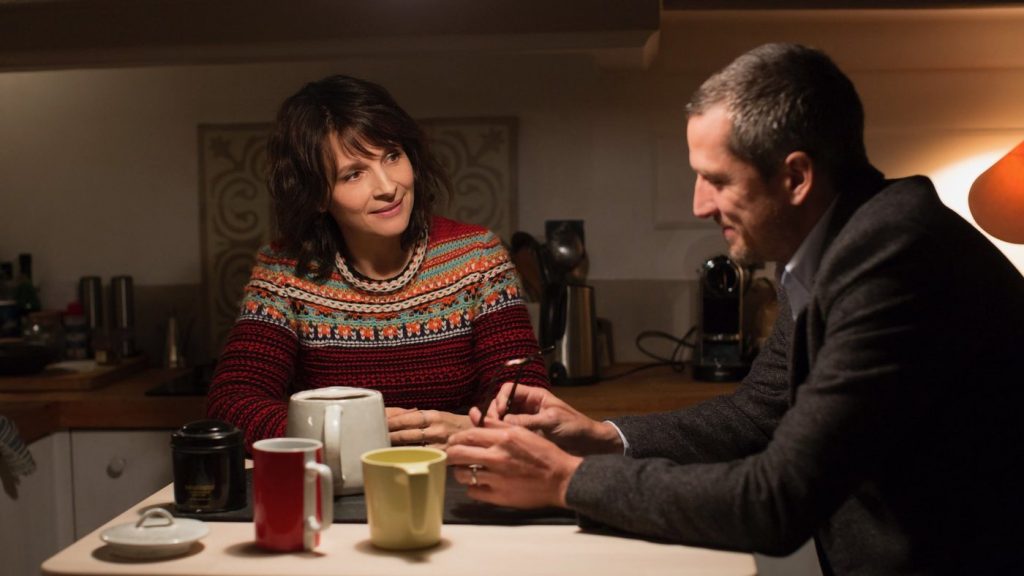 To fill the vacant hole of well-written, talky comedies for adults, filled with rapid-fire dialogue addressing current events and culture, Olivier Assayas has given audiences Non-Fiction, his first pure comedy in… ever. Sure, there’s a level of drama at play in terms of being a film about various people from the literary world having affairs with one another and how those revelations play out. However, at its core, the film has a focus on being as laid back as possible in its presentation, while we watch a superb cast verbally spar with each other for a reasonably quick-paced hour and forty-five minutes. It’s good stuff.

Set in Paris, Guillaume Canet stars as Alain, a literary editor who begins the film by alerting Vincent Macaigne’s Leonard that he won’t publish Leonard’s latest novel. Little does Alain know, Leonard has been having an affair with Alain’s wife Selena (Juliette Binoche) for years. That said, Alain begins having his own affair, while dealing with the impact the digital age is having on physically publishing the written word. At the same time, Leonard’s wife Valerie (Nora Hamzawi) is the only main character not having an affair but is dealing with the stress of representing her politically-affiliated boss, who is running for office and also possibly straying.

Non-Fiction doesn’t play up the various affairs as a surprise, as they are really not the point. Even as these affairs are revealed to the multiple parties involved, the film has more to say about who these characters are and how each of them relates to each other as well as the times they are in. Because of this, a lesser film would make it hard for you to care about these people, who could come off as vapid and unlikable, save for one or two. However, Assayas has a knack for letting an audience feel like they are eavesdropping on seemingly mundane conversations that are never less than compelling to listen to anyway. 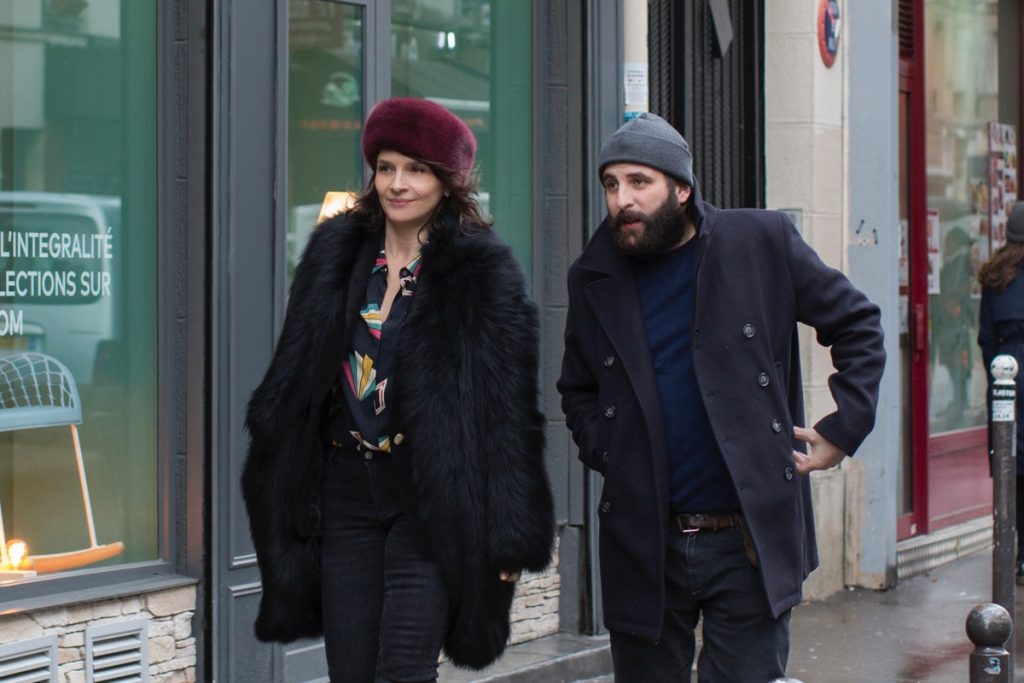 Considering the different genres the veteran French director has dabbled in over the past decade (biopic, horror, drama), this is a nice change of pace that no doubt continues to show what he excels at. Relationships feel lived-in, as we watch various characters, including the presence of random friends arriving for drinks or what have you, speaking as they presumably always have. The conversations can become tense, and we see the looks exchanged that communicate so much history as far as understanding this has not been the first time someone has addressed something a specific way.

Having these sorts of conversations means getting to understand the various positions of the characters, and it is to the film’s credit that it can play up taking on certain sides without directly narrowing in on direct political details or other similar concerns. Yes, it can easy to infer some of the mindsets of various characters, but many moments feel like characters searching for the perfect witty remark, as opposed to having some real insight they wish to express. However, that’s not so much the case when it comes to technology.

While not the first or the last movie to do it, Non-Fiction does have a lot of fun poking at the state of the literary world. A lot of this extends to the nature of cyberbooks (as well as a great joke in regards to audiobooks), we get plenty of discussion surrounding the impact social media has on authors. The Leonard character, in particular, is finding himself at a loss of how to function, as he has had many high-profile affairs, which are then turned into material for his novels. As a result, the online community, which he refuses to be a part of, criticizes his actions and takes him task openly in public forums as well. While not providing some overall take away, Assayas does seem to be airing out some of his thoughts on today’s world (small note, the film was initially titled “E-book”). 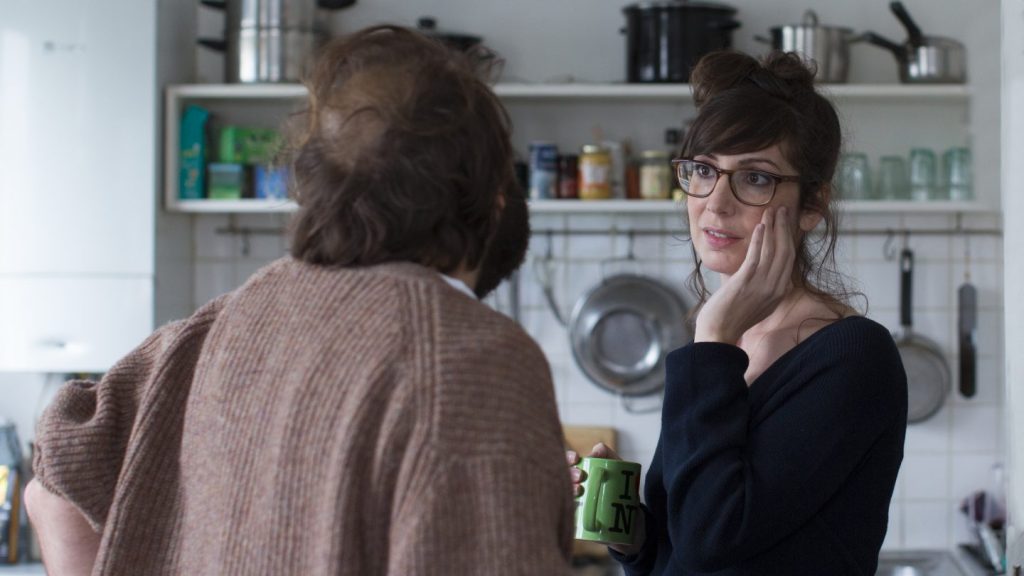 Shot in Super 16, the film lets the Parisian aesthetic do a lot of the work for the viewer. Not unlike many a Woody Allen film (surely a reference point for many when thinking about this film, regardless of modern opinions), Non-Fiction can be showy without ascribing to be. There are long takes of dialogue being exchanged, various rooms of successful and modestly successful people being entered, and even a summer villa to enjoy, visually. Thanks to the interior design of many French apartments and restaurants, it does allow for a contained, almost claustrophobic effect on many scenes, as characters are forced to confront one another. It also means the production design has an excuse to pile books into the backgrounds of scenes frequently.

Acting-wise, everyone knows what they are doing here. Macaigne’s Leonard may have had the most significant impression given the wild journey his sometimes very irritating character goes on. Binoche, playing a famous TV actress, gets to have her share of fun being honest and deceptive in her actions. Canet gets to show off his loving nature, as well as his smugness at times. It’s truly a full deck when it comes to seeing multiple well-realized characters, which only adds to a film so happy to be snappy in its scripting.

Non-Fiction plays as a pretty breezy feature, but it has a lot on its mind. Whether Assayas was using this as an opportunity to vent or he just found a great subject to apply for a screwball comedy, it has come out great. That’s always a good thing when you can pile a bunch of characters in a room and have their conversations be as riveting as the spectacle-filled action taking place in many of the films arriving in theaters around the same time. Fiction can be funny like that. 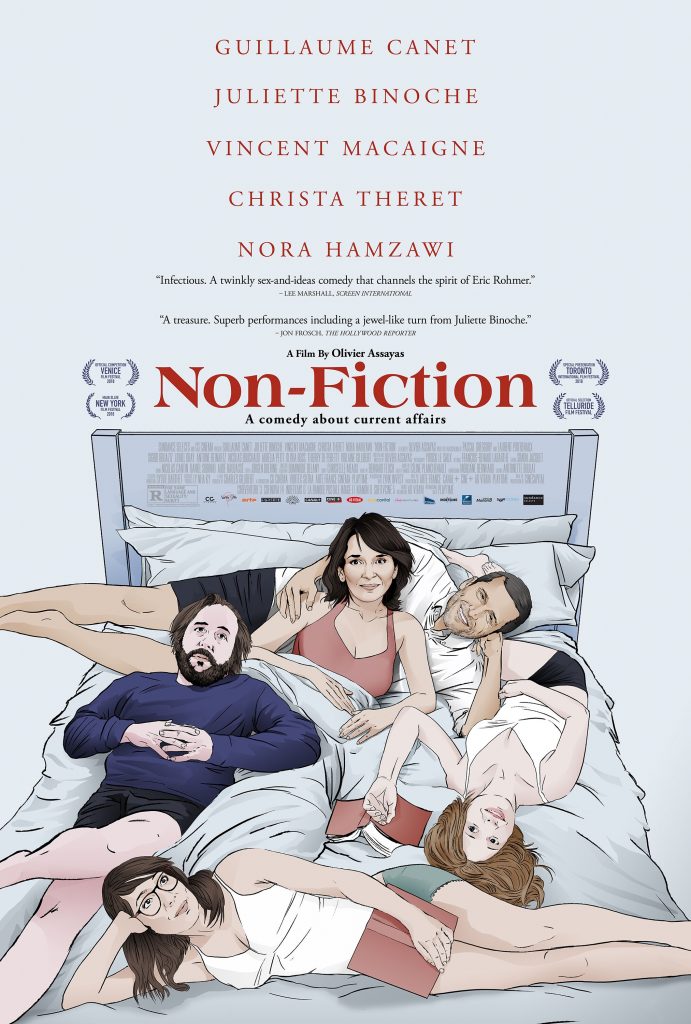