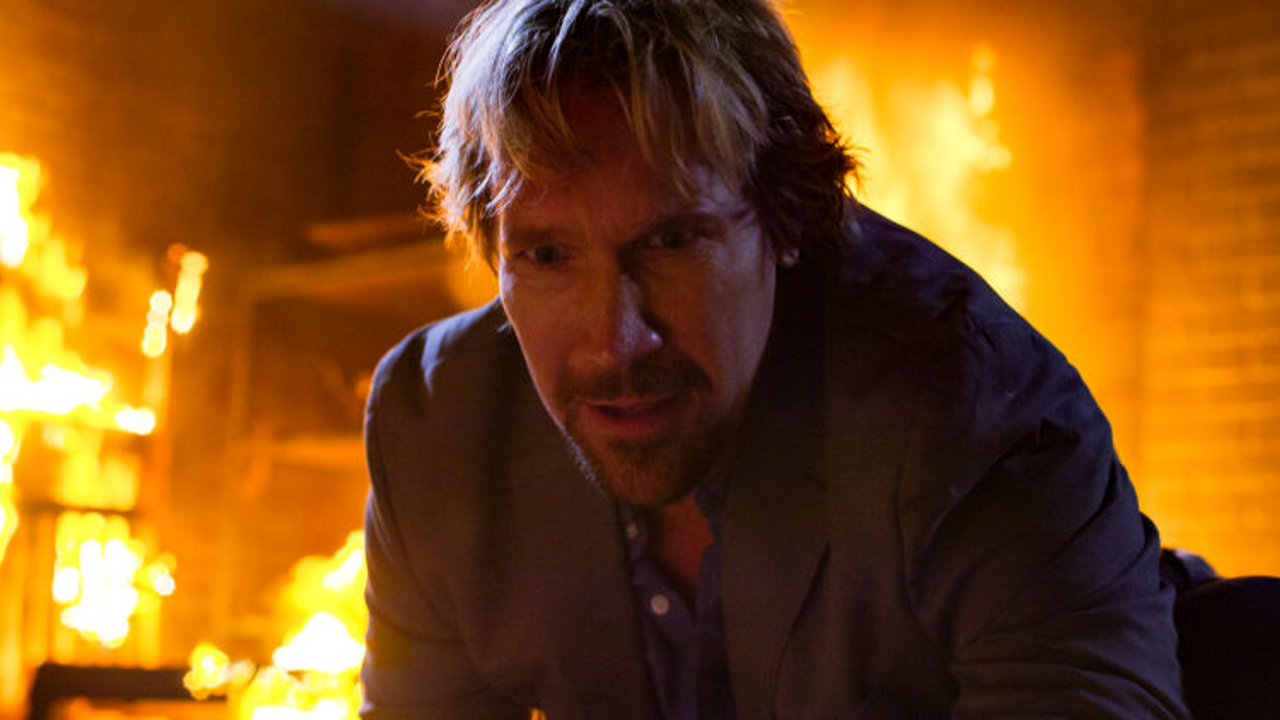 God’s Not Dead was without a shadow of a doubt one of the worst films of 2014. Call it what you will – preachy, cynical or a Newsboys cash grab, there’s little moving the dial beyond your run-of-the-mill Hallmark Channel movie. Granted, it was a sleeper hit with the faith-based demographic. 2016’s God’s Not Dead 2 followed suit, bringing us to a third chapter. Maybe we have a cinematic universe at our fingertips. Marvel and DC better watch out. Then again, maybe not.

Following the events of the previous film, Reverend Dave (David A.R. White) conflict with the government escalates after refusing to turn over his sermons. While that situation gets quickly resolved, God’s Not Dead: A Light in Darkness pits the pastor with a new dilemma. His church, which is housed in the middle of a progressive college campus, is burned down and one of his closest colleagues is killed in the senseless destruction. As a result, the agendas of the college and faithful clash as the school looks to demolish the building in place of a new educational building.

This latest installment of God’s Not Dead does deserve some credit. It’s not bogged down in the philosophical mumbo jumbo from the first film or the generic courtroom drama of the second. There’s some effort into weaving a few subplots together on campus, but efforts only reach so far. As both actor and producer, White takes center stage as the crusade focuses more on him this time around. Previous films relegated him more to a supporting role. He’s a hair better lead than Shane Harper and Melissa Joan Hart. And the God’s Not Dead “cinematic universe” grows even larger as we’re introduced to his estranged lawyer brother (John Corbett), who comes in just in time as the defense and adds to the manufactured conflict. How convenient.

Still heavy-handed, there’s still this overbearing sense of Christian persecution by the progressive system. It’s a common theme weaved throughout the film and victimization is blatantly labeled. This isn’t the Roman Colosseum with vicious lions and bloodthirsty crowds, but it sure feels like it. One of the students (Samantha Boscarino) is mocked by her boyfriend (Mike C. Manning) for still believing in religion. To them, they did the time for their parents. It had its place and now it doesn’t. Writer-director Michael Mason, like his predecessors, keeps the agenda in your face to the point it feels like a propaganda piece. Even if you have any sort of religious background, you still can’t excuse 100 minutes of weak storytelling.

While our protagonists are faced with plenty of animosity, there’s never this sense that their faith is being tested to the limits. Sure, Reverend Dave has his one breaking point late in the film, but never does it feel like an earned state. There’s never that drive to go beyond the cliches and tropes associated with the genre, leaving for a less bland and boring installment. The creators didn’t even flair it up with misogyny and Islamophobia in this round. Nevertheless, the end result simply remains bland and boring.

On the plus side, God’s Not Dead: A Light in Darkness graduates from Hallmark Channel status, slightly improving on the last two films. Does it mean that this cinematic universe can be saved? Not at all. Still we’re setting up for yet another preachy round. Hey, maybe we’ll finally reach that “in space” level installment.

Review: Oh Hell No, ‘God’s Not Dead’ Returns with a Third Round of Melodrama