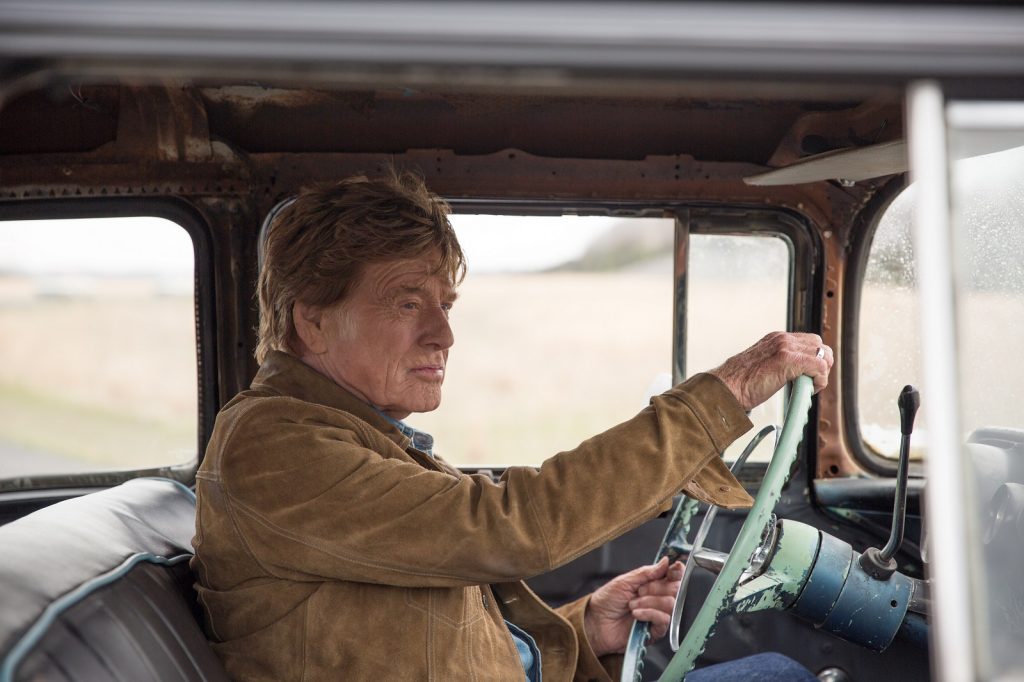 I was recently tasked with coming up with my answer for Robert Redford’s best acting performance. This gave me a chance to focus on the consistency of the Hollywood legend. He’s never been a chameleon-like performer, but there’s something to be said for the way he brings an unflappable cool to almost all of his features, let alone a naturalness to any persona he is tasked to put on. The Old Man & the Gun may or may not be the end of Redford’s career in front of the camera, but it would be an excellent swan song. This laidback crime caper could have gone down a number of different avenues to tell the story of a real-life career criminal, but when the camera accomplishes so much with slow push-ins on old man Redford’s very likable face, why make things more complicated?

Writer/director David Lowery already capitalized off the gravitas Redford brings to any project by having him in a supporting role in the unassuming Disney remake Pete’s Dragon. Now, having wandered in the realm of the experimental with A Ghost Story, Lowery is back, continuing to do right by his 70s cinema reverence with a film that would feel right at home in the New Hollywood. Shooting on 16mm and never missing a chance for a smart match cut or a slow zoom, this bank robbery tale is the kind of film one can sit back and comfortably enjoy.

Redford stars as Forrest Tucker, an elderly criminal famous for his lifetime of heists and having a knack for escaping prisons, whenever he gets caught. While the film eventually spends some time going over those miraculous escapes, the more significant focus is on Tucker’s sense of self at his current age, along with the new relationship he strikes up with Jewel (Sissy Spacek). While there’s plenty of fun to mine from seeing Redford as a gentlemanly thief who politely robs bank tellers, without making them feel hurt physically or emotionally, Lowery’s screenplay wisely chooses to direct the heart of the story towards the relationship. 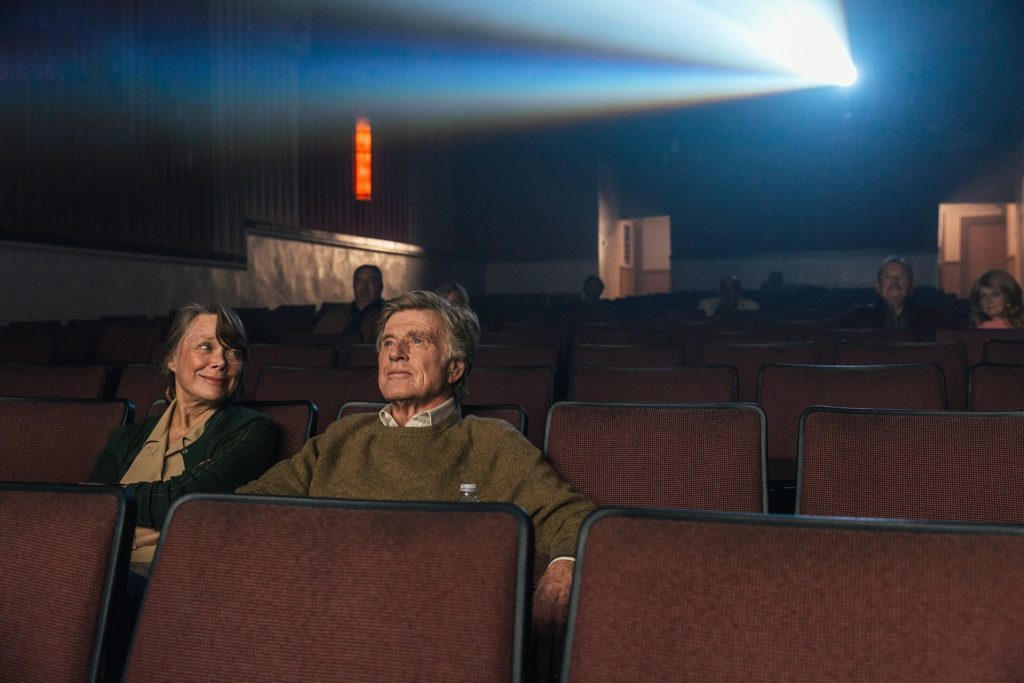 Naturally, the two Oscar winners make for a fine romantic pairing, as Redford’s charm goes well with the easy-going nature of Spacek. Treating these characters and the audience like adults, The Old Man & the Gun doesn’t even find itself concerned with spelling out the position these people are in. Tucker does tell Jewel about who he is, but the movie knows it’s better not to get bogged down in the specifics of that conversation, letting these two continue getting to know each other in a realistically minimalist way instead.

On top of the admiration an audience will already find in Tucker, Casey Affleck co-stars as a scruffy detective that finds some mild amusement in chasing after Tucker and his “Over The Hill Gang” (the fellow accomplices played by Danny Glover and Tom Waits). While Affleck, once again, finds a way to make doing as little as possible somehow work in developing a very lived-in character, there’s an early promise that his role as the cop going after the robber is not one in which the inevitability of a shootout is on the line. A key meetup is played with a considerable amount of restraint and respect, but this isn’t Heat, it’s a chance to dig into a somewhat mythic figure.

For a film about a bank robbery, The Old Man & the Gun sits about as far away from the action as it can. We rarely see the heists play out in full. By the time some scenarios build towards any form of violence, the film cuts to the aftermath. Lowery does find a certain level of joy in showing Redford’s winning smile during some high-speed pursuits, although those moments feel less about the tense-nature of the situation, and more like a way of having a hand in adding to the iconography of such a presence. 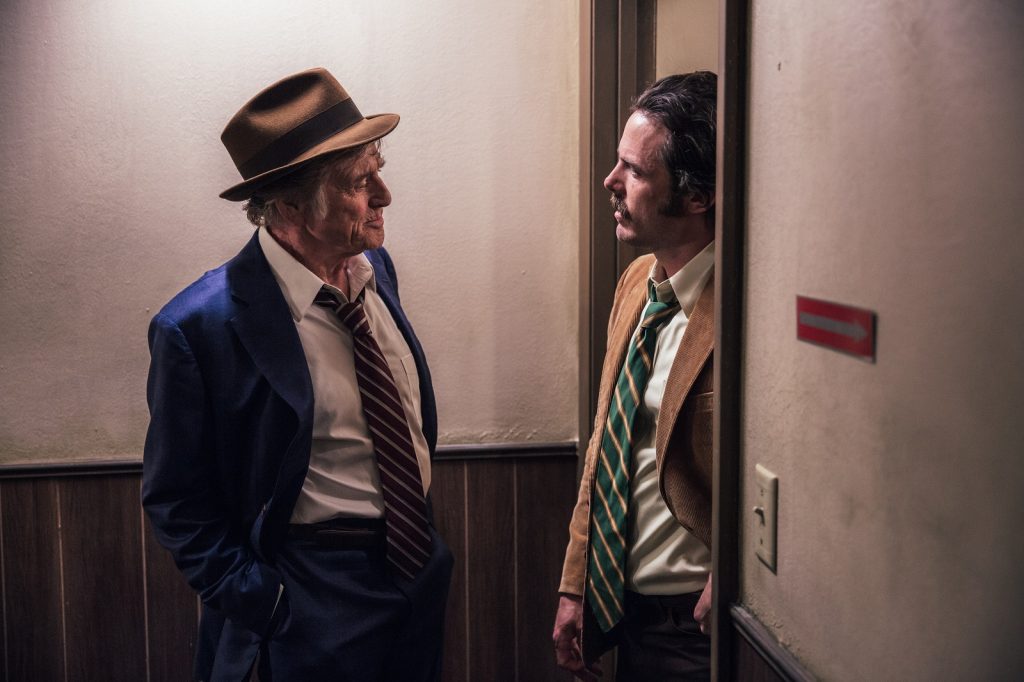 It doesn’t hurt to see The Sundance Kid having the time of his life here. In one scene, Affleck’s character finds surveillance footage of Tucker, right before a heist, and notes that he seems to be smiling. There’s nothing about the enthusiasm in Redford’s performance that would suggest otherwise. Endpoint or not, Redford is not ready to break his sense of calm. He gets to embrace the qualities that have made him a movie star with enough thought going on behind the eyes to keep him involved in quality projects during his decades-long career.

Well-shot, not lacking in throwback style, and fitted with a cool jazzy score by Lowery regular Daniel Hart, The Old Man & the Gun is another inspired opportunity for Redford to shine. It only helps that everyone around him is on the same track. The film revels in the simple pleasures of telling a grounded, relaxed story, and that’s plenty fine when the heroic bank robber you are watching barely even wants to show you the loaded weapon he brought along, just in case things get hectic. He’d rather smile politely and insist you give him the money instead and this film works that angle with ease. 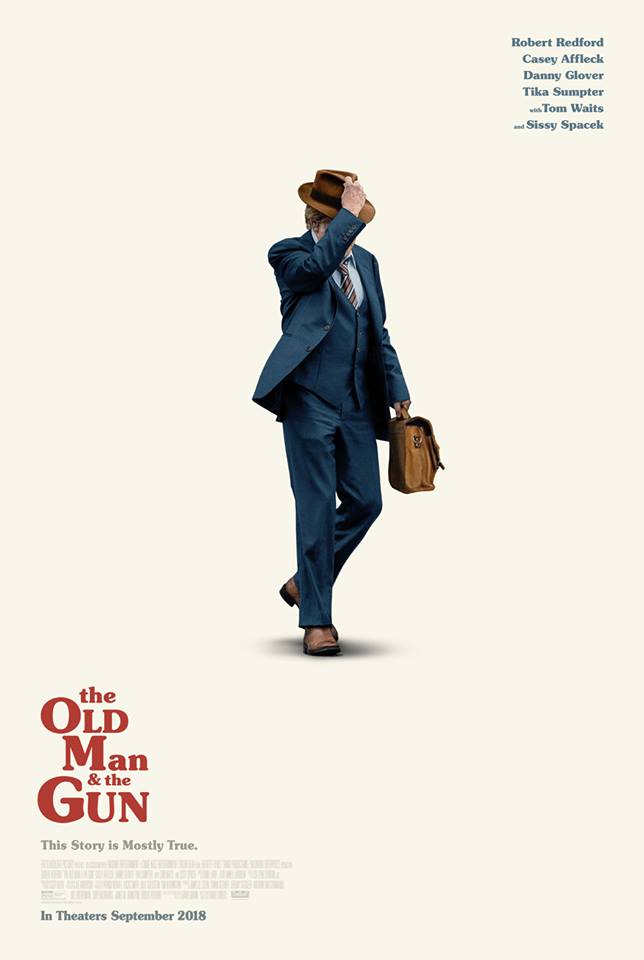