Science fiction has frequently involved the idea of a multiverse. Countless worlds that are variations of our own where different decisions were made. If you could travel to these worlds, what would you do? Director Isaac Ezban explores this question and many others in the new dramatic sci-fi thriller Parallel. 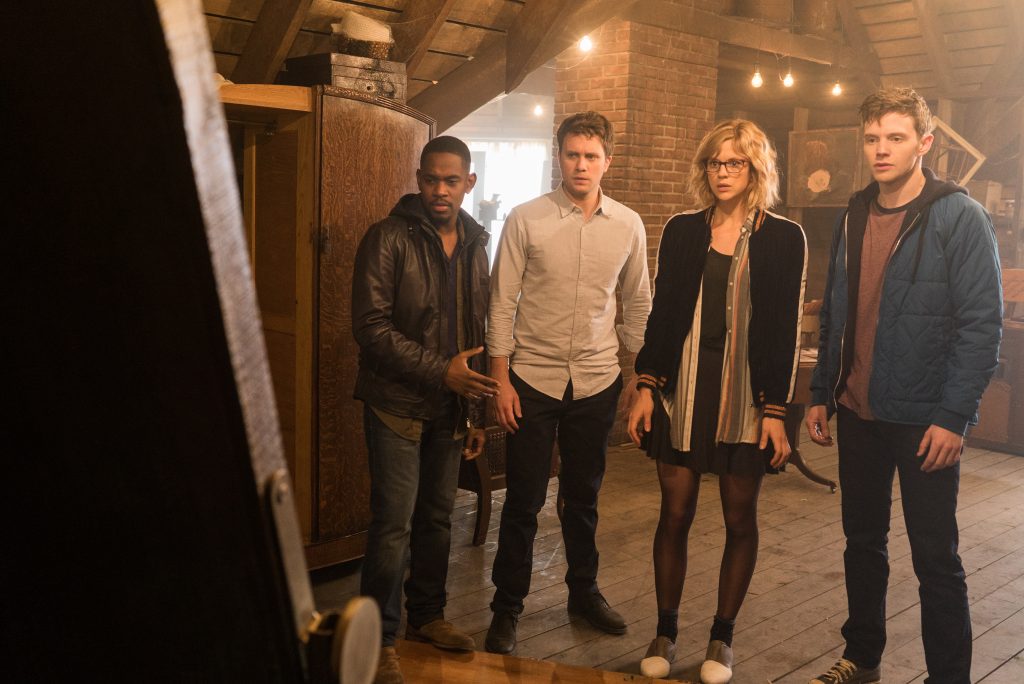 In Parallel, four friends run a programming company but are having trouble getting the company off the ground. Just when it looked like the only option was to quit, the group discovers a mirror that allows them to travel to a multiverse, opening up infinite options to them. They use the mirror to import knowledge to not only help their company grow but improve their own lives. When the exploitation of the multiverse starts to backfire, the group discover that their actions in the other worlds have deadly consequences in this one. 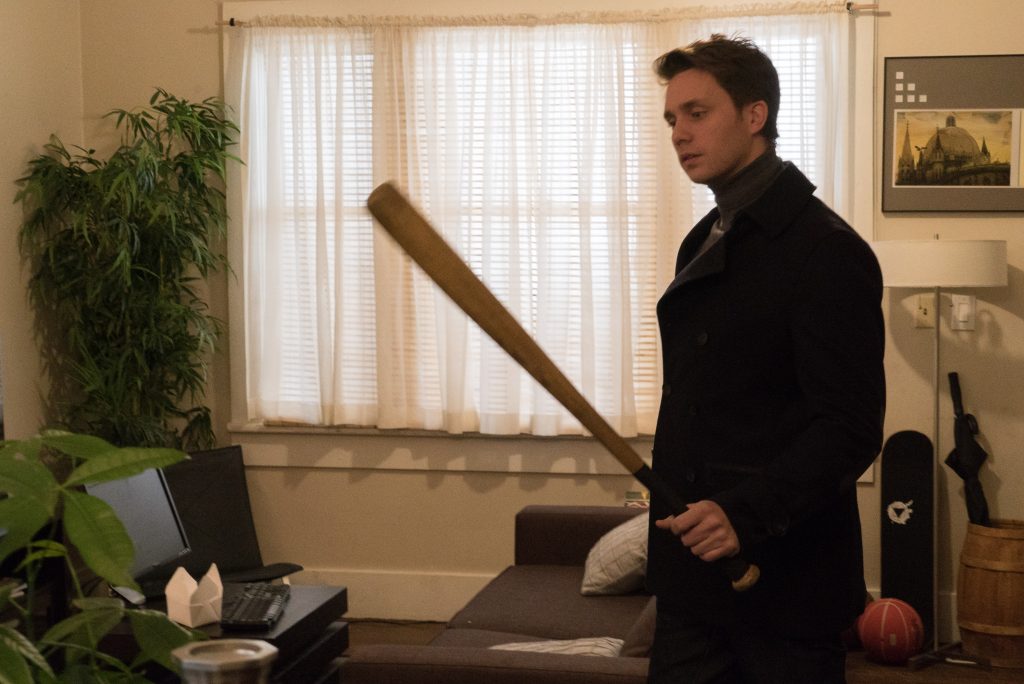 Parallel is a sharply crafted and dark thrill ride. Isaac Ezban weaves a visual story in a fascinating sci-fi tapestry, while writer Scott Blaszak gives us layered characters that felt grounded in reality. When the group first discovers the mirror their motivations for using it are the same. As time moves on, they begin to use the mirror for their individual motivations. I saw examples of the seven deadly sins surface in the characters as things played out. The gluttony and greed is first exhibited as they use money from other universes for personal reasons. Mark O’Brien is great as Josh, who was already a lustful character when we first meet him. That lust is then amplified with the opportunity to indulge himself with what he thinks will have little consequence in his “real” world.  Leena, played by Georgia King, envies the artistic work she finds in the “alts”, the nickname given to the alternate universes. Without giving away too much, her actions could also be considered sloth in nature. King plays this character very sympathetically and you can feel the inner struggle she has with what she is doing. There is no struggle in Martin Wallström’s Noe, however. He comes across as a guy who takes pride in what he is doing and never looks back. As we move through the story, we can also see the wrath inside of Noel, thanks to Wallström’s performance.  Aml Ameen plays Devin. What I loved about Devin is he sees the multiverse as a way to try to make amends with something that happened in his life.  Ameen brings depth to this character that had me really pulling for him, more than the others. 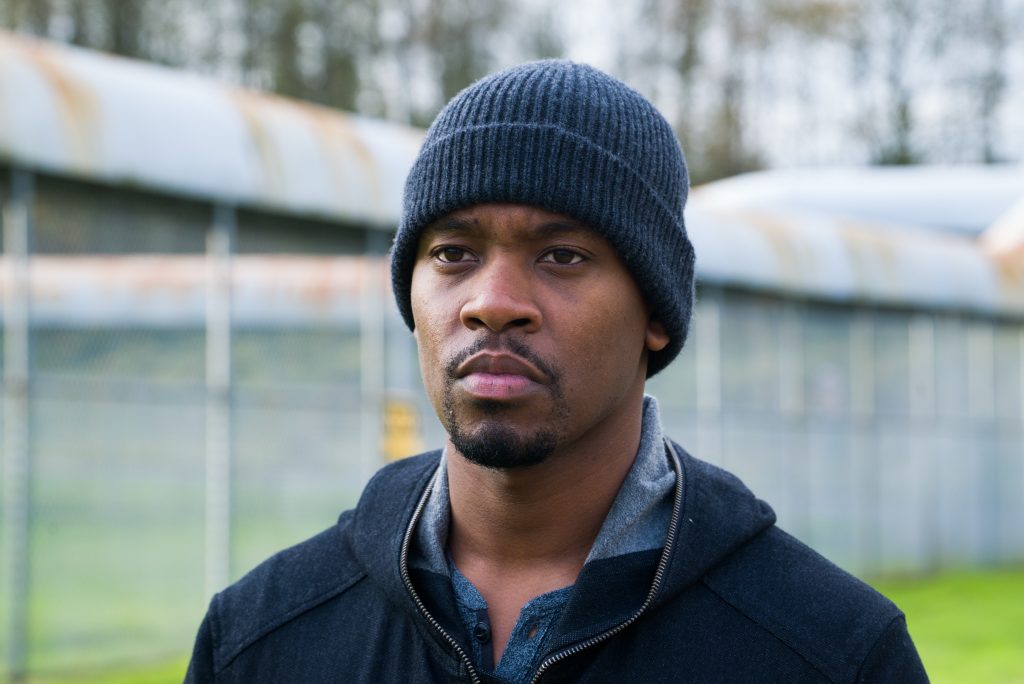 The cinematographer Karim Hussain creatively shoots the alternate universes differently than the way things are shot in the “real” world. I loved this visual que which was enhanced by the use of different colorations between the worlds. There are not an excessive amount of special effects used in the film. When they are used, they look terrific and help give the film a high budgeted feel. I appreciated Blaszak for the world that is built around this multiverse mirror while not getting too bogged down in a lot of multiverse sci-fi technobabble. Enough is established for the viewer to buy into what is happening without taking away from the experience. 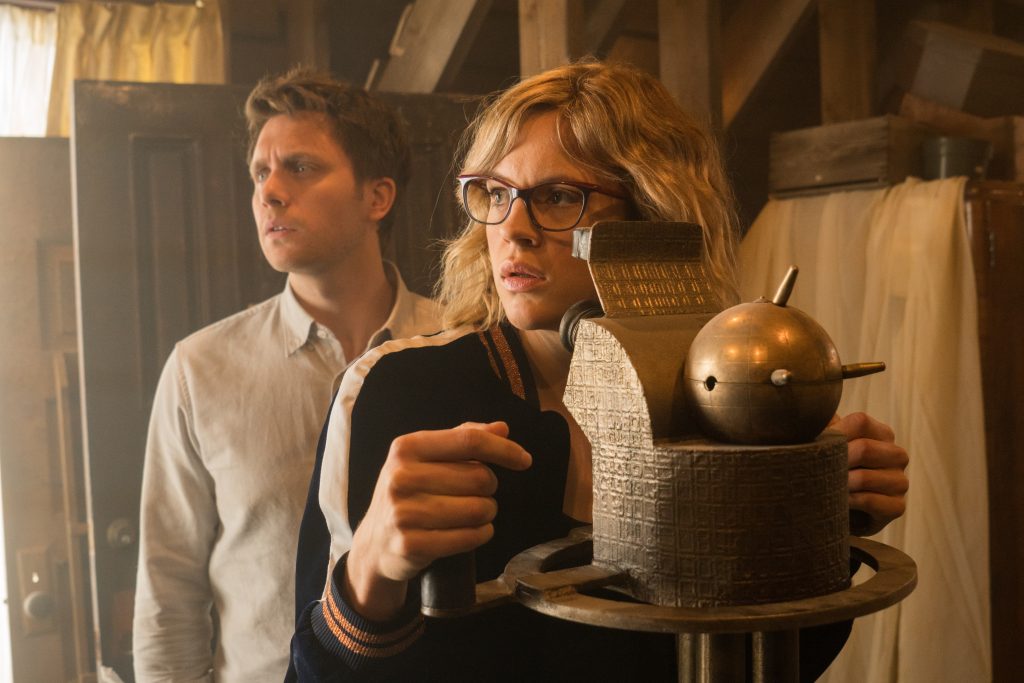 Parallel does contain a number of familiar sci-fi tropes and I wish they had ended the film a bit differently. It was not a bad ending but it was the most cliché part of an otherwise refreshing thriller.  Solid performances, creative camera work and an entertaining script help set Parallel above many other sci-fi multiverse films. If you enjoy  indie science fiction films, I highly recommend that you seek out Parallel in this universe, or any other.  9 out of 10.

Parallel will be released to select theaters and to Video On Demand December 11th. 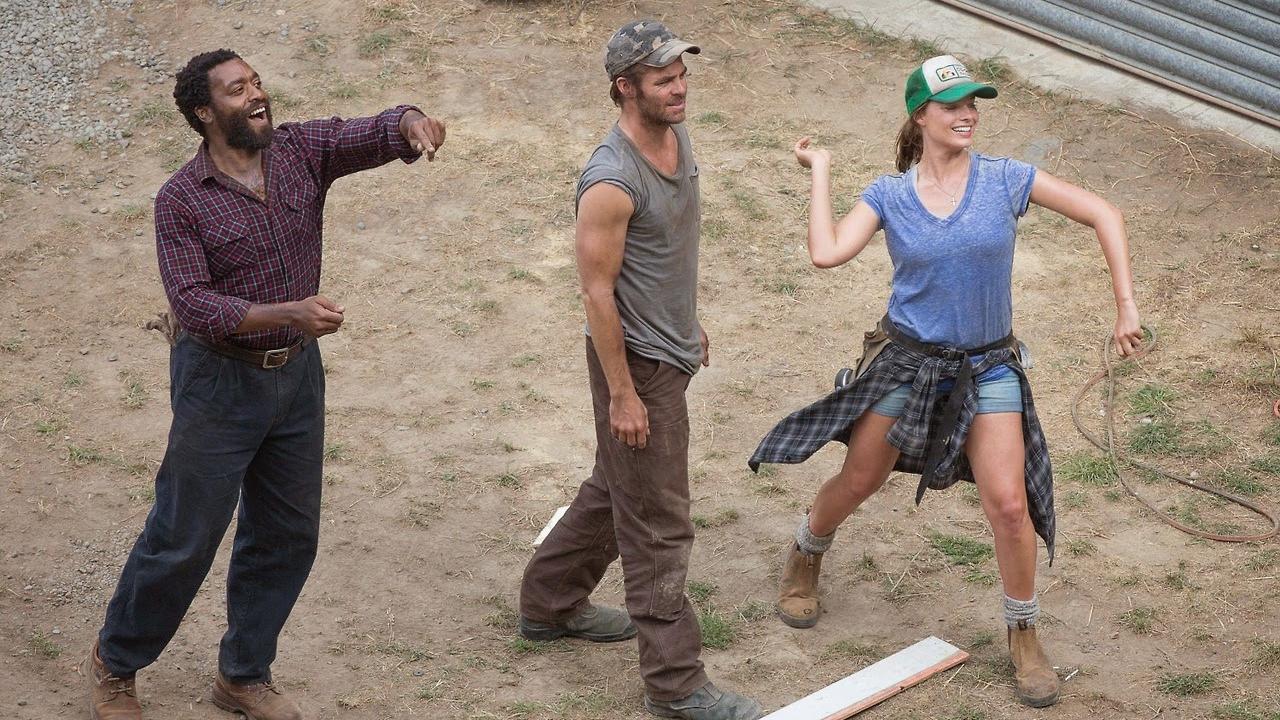 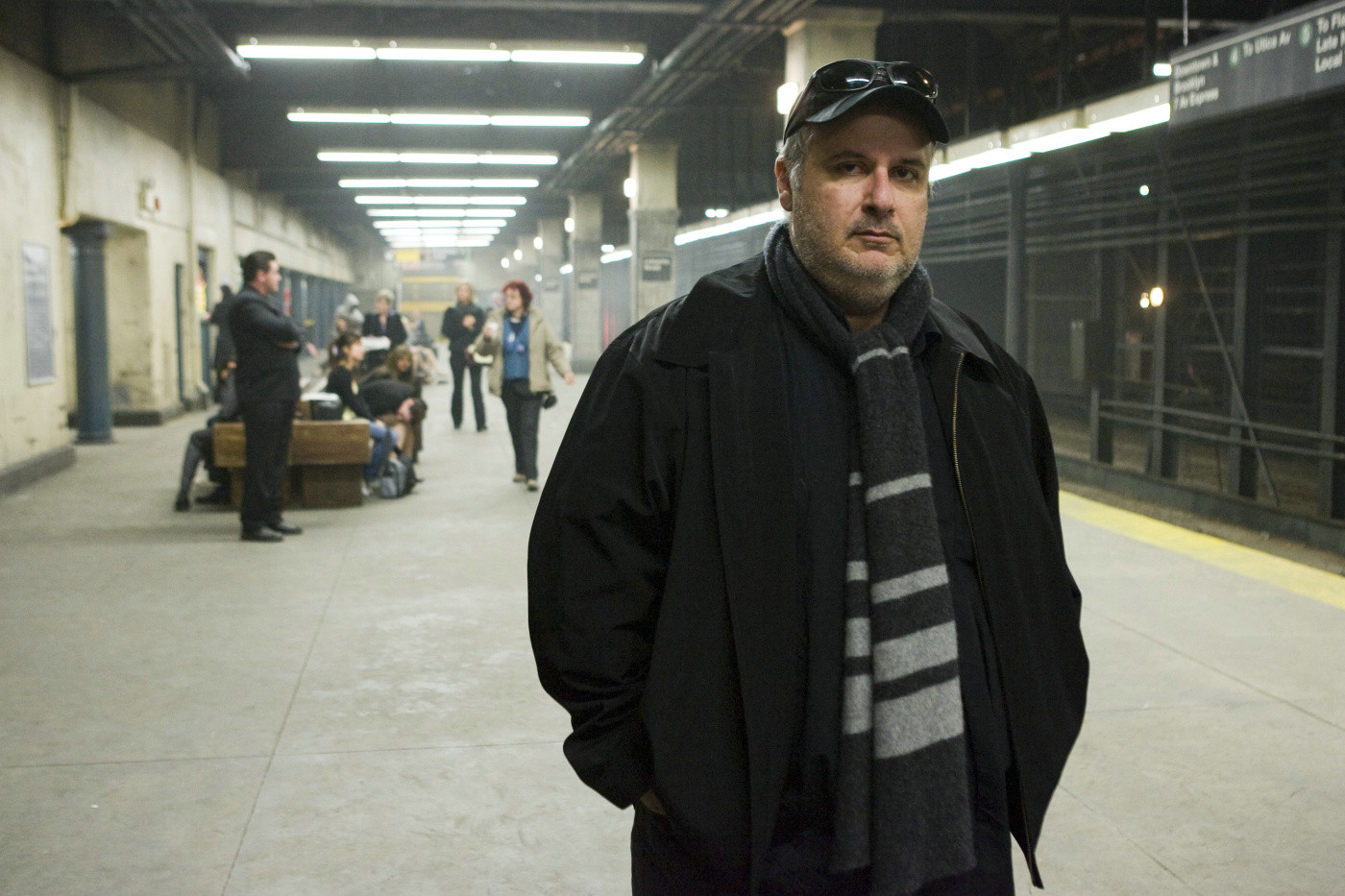 News – “The Crow” Director to Helm “The Unpleasant Profession of Jonathan Hoag”
April 12, 2012 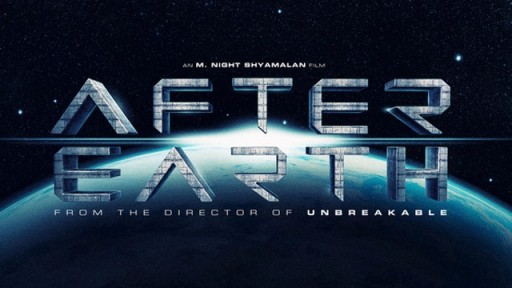 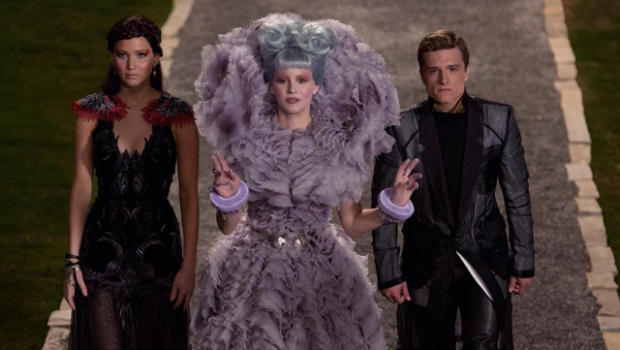 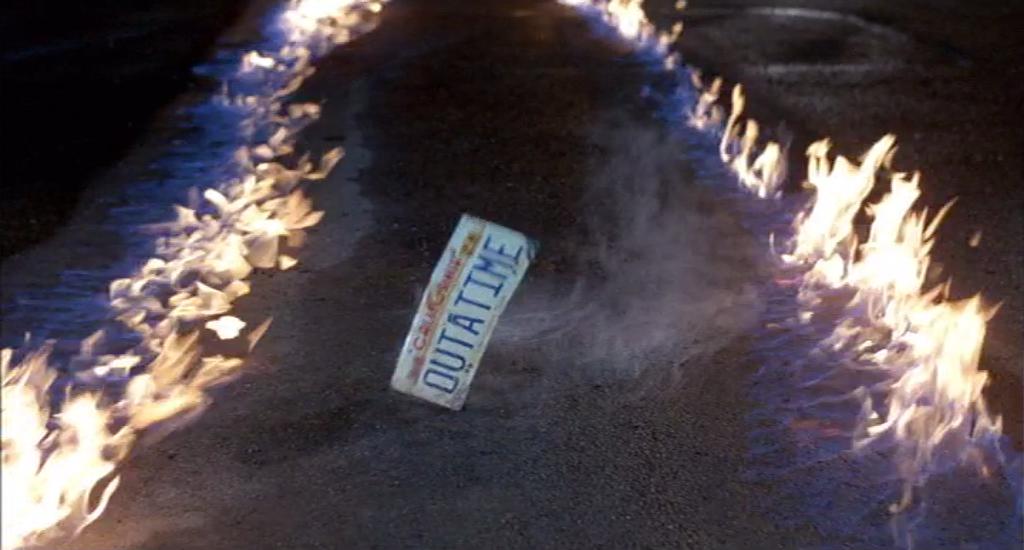 Review: “Parallel” is an Exciting Sci-fi Thriller in Any Universe