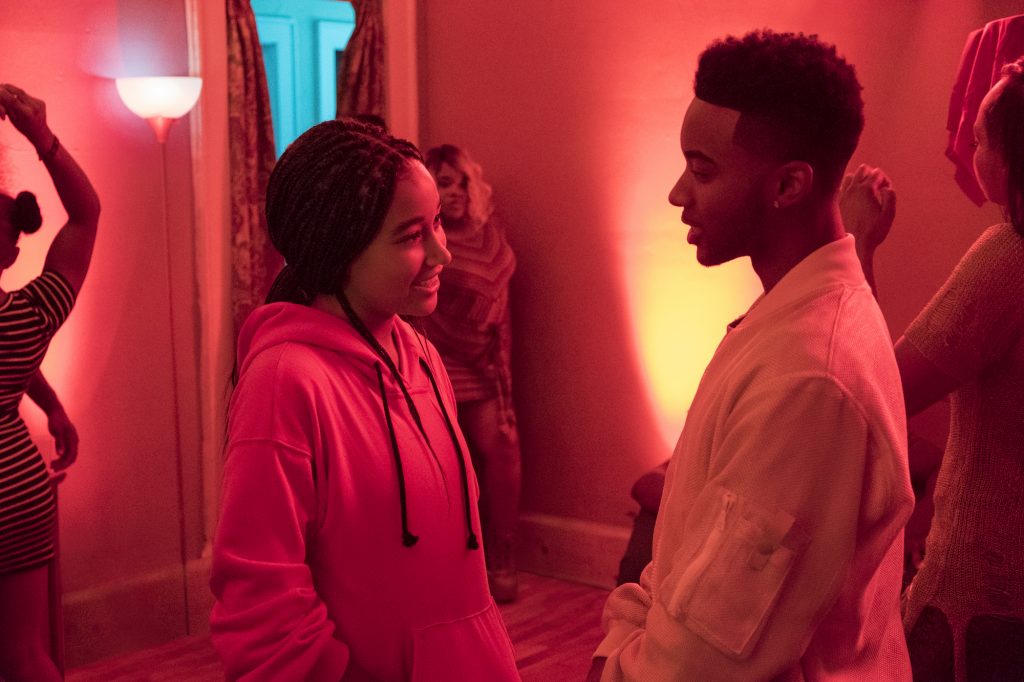 Putting a “young adult” label on something could give off a certain impression. The Hate U Give is based on a 2017 novel by Angie Thomas that has such a label. Of course, To Kill A Mockingbird is assigned as high school reading material, so what do labels matter anyway? It’s been a time when adaptations of young adult properties have led to complicated love stories or depictions of dystopian societies (often complicated by love stories). Not too long ago I even reviewed a young adult film featuring Amandla Stenberg, the impressive star of The Hate U Give. While some of these adaptations tend to have some important thematic issues buried within, here’s a film that builds no allusions around what it wants to accomplish.

Thomas’ novel was inspired by the police shooting of Oscar Grant, who is just one of the many young victims of social injustice. The Hate U Give presents a fictional story that feels all too true, about a black 16-year-old girl, Starr Carter (Stenberg), who is thrust into a challenging scenario, after witnessing the police shooting of her childhood friend, Khalil (Algee Smith). Having grown up in a poor, mostly black neighborhood, but currently attending school in a rich, mostly white, prep school, Starr’s life becomes unbalanced.

Does she become the center of attention by putting her voice out there, making a note of Khalil’s involvement with a local drug dealer (Anthony Mackie) and putting her family at risk? Or does Starr keep her head down, due to pressure from other parts of the community, with an eye on keeping a sense of anonymity from those she attends school with? 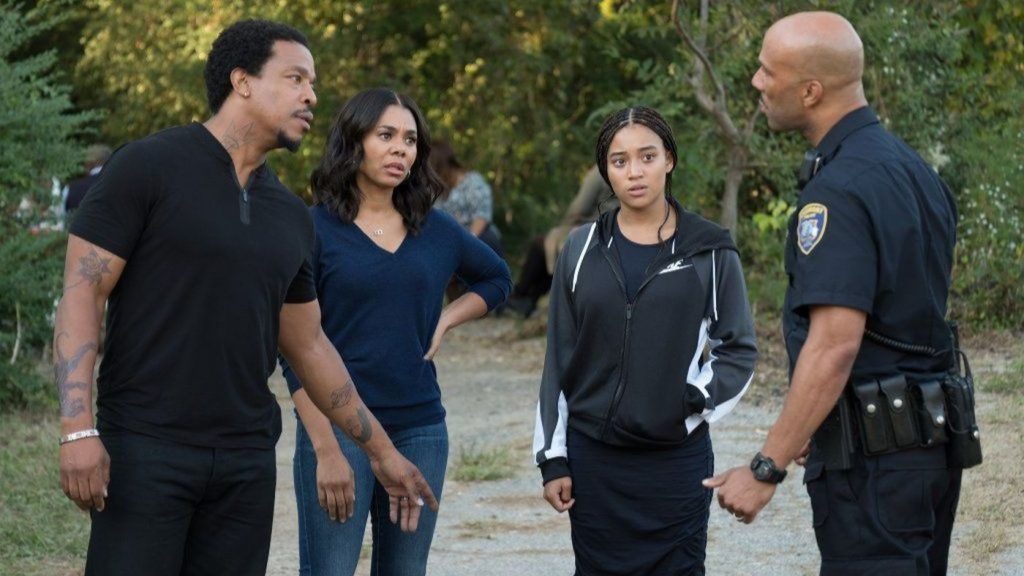 One of the central tropes we see in young adult stories that focus on futuristic societies is how the lead must travel the path of the classic hero’s journey. It’s not a bad formula when one can make it work well for the story being told. Interestingly enough here, Starr may not have special powers in her contemporary world, but she is the “chosen one” in another sense.

As the film presents the difficulties of her position, it becomes clear that Starr is being given an origin story for how she becomes an activist. Starr’s special ability turns out to be her voice, and her empowerment, over the course of this film, is developed by way of coming to understand that the system may or may not be broken, but it is, at the very least, rigged when it comes to people of color.

Wisely, the film finds a way to be more than just a presentation of social commentary on race and police brutality. The Hate U Give gets a lot more out of the character transformation. Police practically serve as a non-entity in the grand scheme of things, as this is Starr’s story, and her interactions are primarily with the people in her neighborhood and at school.

Beyond the tense (and inevitable) sequence where Khalil is killed, the important police-related sequences stem from the terrific Russell Hornsby as Starr’s father, Maverick. The film opens with him giving his kids “The Talk” (not the one about sex, but the one where black children learn how to respond when getting pulled over by cops). Later on, Maverick must deal with this very issue.

Viewing all of this from Starr’s point of view, director George Tillman Jr. manages to do a lot with both the intensity of the drama surrounding her and how the audience can learn the information that’s needed at the time. It’s a bit strange, given that Starr’s narration borders on intrusive a bit too often (particularly at the end), but there are many times when Tillman allows the audience to come to understand certain aspects about her family through natural conversation.

It’s also important to note the coming-of-age aspect of this story. Being a high school student with a loving family that also includes her wonderful mother (Regina Hall), half-brother (Lamar Johnson), and younger brother (TJ Wright), this film balances the drama with plenty of moments of warmth. The middle section of this film suffers a bit by giving us predictable ups and downs, as far as tender moments of bonding, followed by shocking moments to propel the audience back into some of the horrors of reality, but it comes with this sort of territory. There’s also the school element, which finds the film working hard to make sure Starr’s efforts aren’t limited to the community. 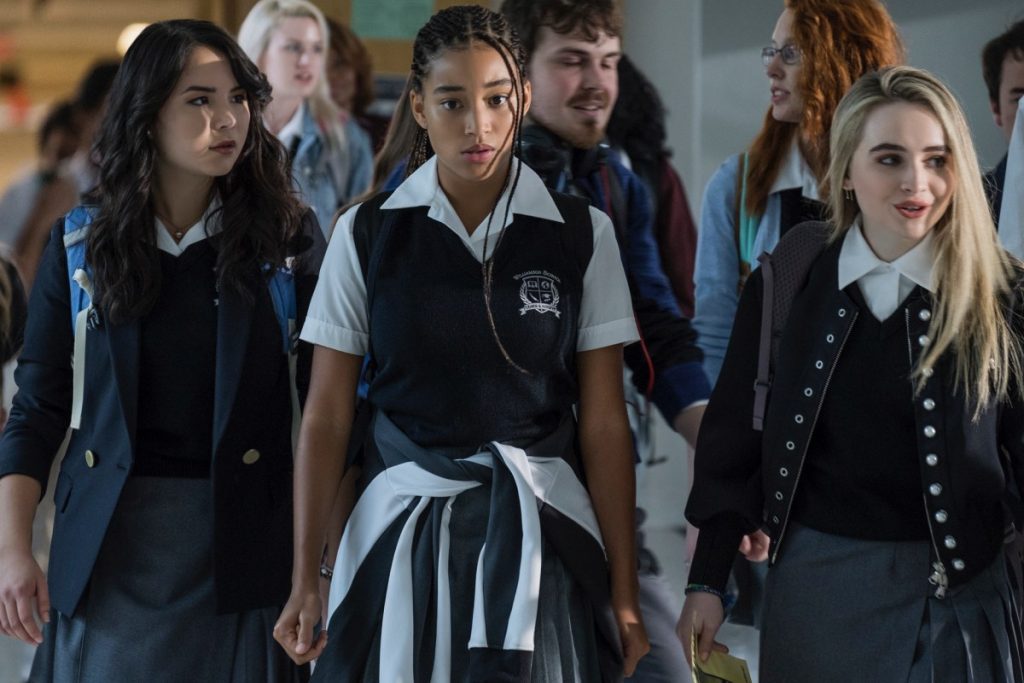 Having a couple of friends (Sabrina Carpenter, Megan Lawless) and a boyfriend (KJ Apa) around allows the film to dive into some appropriate melodramatic areas that only add to what the film is trying to say about how society tends to look at the issues that plague reality. Not hurting is Tillman’s stylistic choice to change up the visual look of the community from warm colors to a much cooler color pallet whenever venturing to the prep school. It further highlights Starr’s attempts to assimilate, before realizing that may not be the most necessary way to handle being from a different world.

With the depiction of peaceful protests growing more towards possible rioting, and a subplot involving the gang activity in Starr’s community, The Hate U Give finds plenty of material to allow the film to feel expansive. Having the focus be on her struggles with identity keeps the film grounded, without feeling too weighed down by the general premise of the story. All of the actors do terrific work here, with Stenberg and Hornsby, in particular, standing out. Whether that’s enough to help provide the film award consideration, this movie has enough going for it to start a conversation.

The Hate U Give is the sort of studio production that should be embraced more often. Especially in sensitive times concerning the nature of various identities attempting to co-exist, here’s a film with enough mainstream appeal to be more than just a mandated lecture for moviegoers. The movie is full of personality, even if the subject matter is often quite dramatic. I suppose that’s also what can be inferred from the young adult label. Even in tough times, a movie like this can still be for everyone. 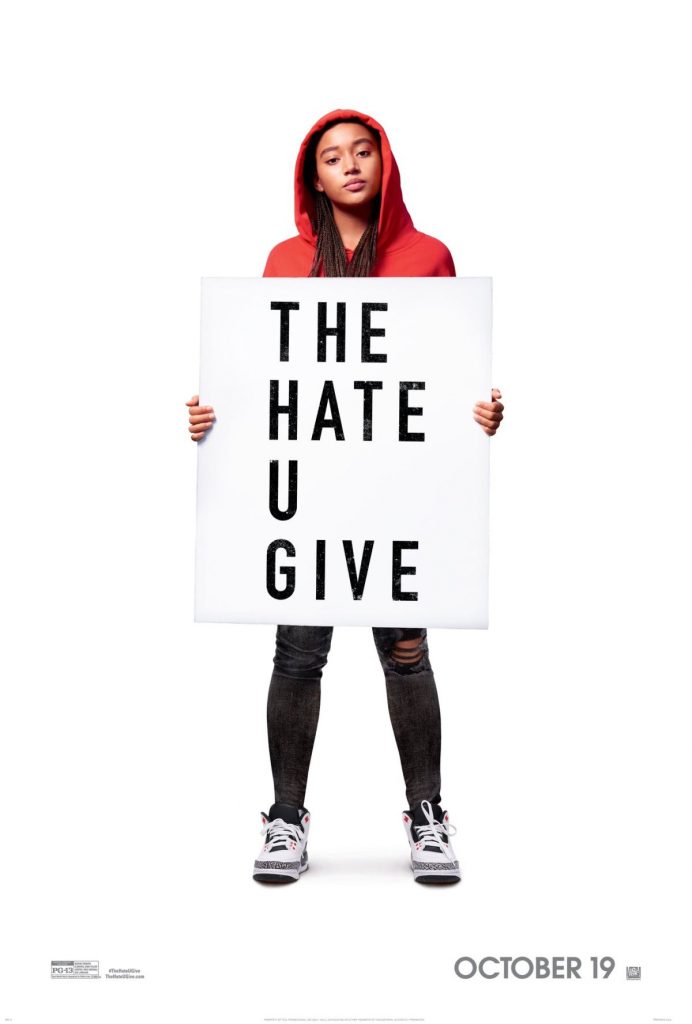 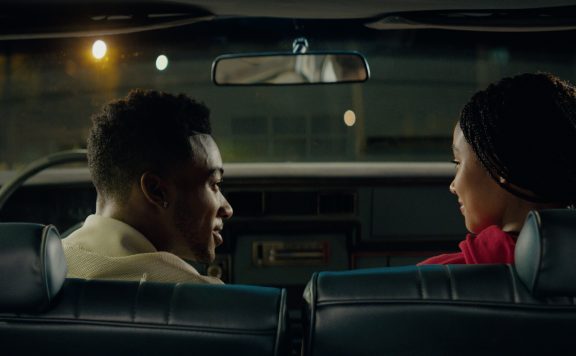 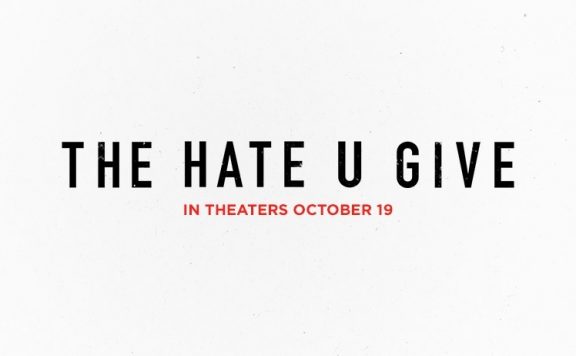