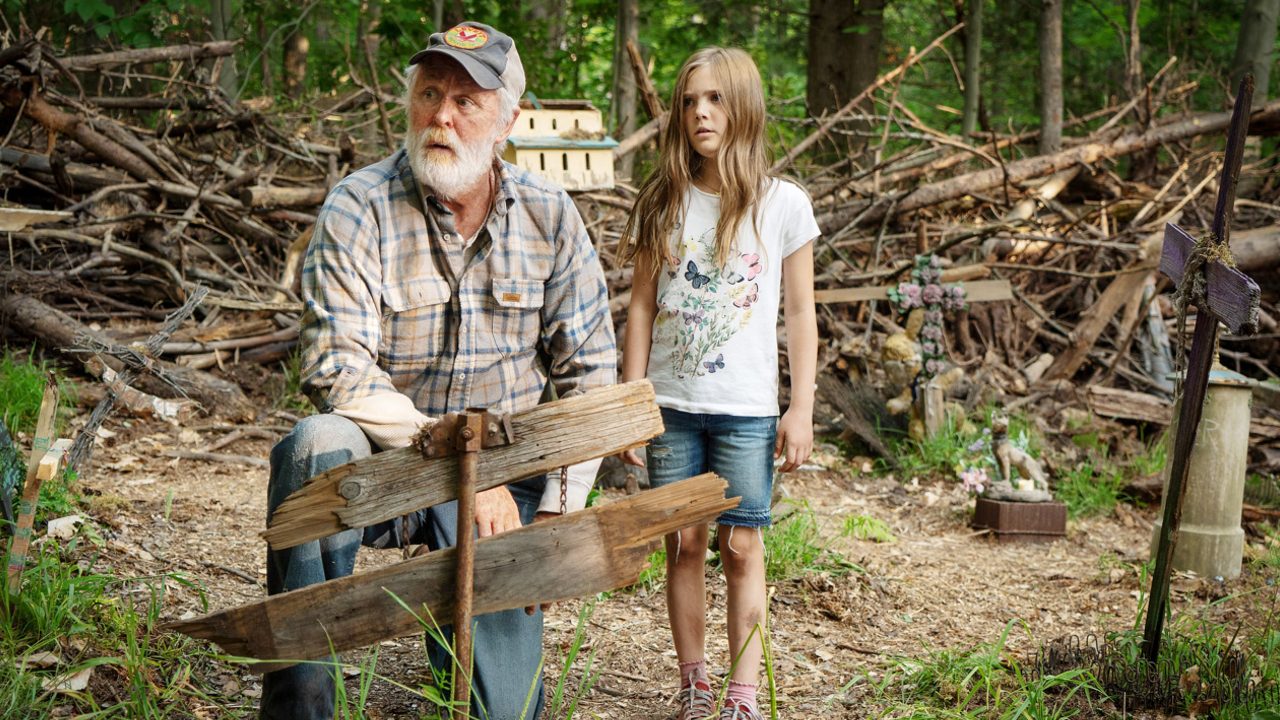 There’s no foolproof plan for adapting a Stephen King novel, let alone tackling a remake. In recent years, quality has been as inconsistent as darts randomly landing on a dartboard. 2013’s Carrie questioned the necessity for regurgitating Brian De Palma’s classic. However, 2017’s It immediately made us bloodthirsty for an eventful return to Derry, Maine. Like those two King adaptations, “Pet Sematary” has become the latest attempt in the never-ending horror remake trend. But can it escape the realm of the genre’s own limbo?

Inspired by the 1983 King novel and 1989 film, 2019’s Pet Sematary follows a similar path. Big city doctor, Louis (Jason Clarke) relocates his family to a more laid back town in upstate Maine. Louis hopes the quieter lifestyle will mean more time with his wife Rachel (Amy Seimetz), daughter Ellie (Jeté Laurence) and toddler Gage (Hugo and Lucas Lavoie). It’s not a bad trade-off, though like any of King’s other locale in Maine, Ludlow has some dark history brewing. After all, who’d want creepy masked kids parading around. Perhaps a cursed burial ground right in their backyard would be a plus? Talk about some prime real estate there. Though, it’s safe to say that the local “pet sematary” does its job when the family cat is found dead. Lifelong local, Jud (John Lithgow) suggests burying the pet on the unholy ground. While it holds the power of resurrection, sometimes death is better.

Remakes are generally a touchy subject. And even with King’s previously mentioned adaptations, it’s an endless tug-of-war between feeding nostalgia and necessity. Mary Lambert’s Pet Sematary was more awkward than it was psychologically terrorizing. To their credit co-directors, Kevin Kölsch and Dennis Widmyer, curb the blunders of the 1989 endeavor. Despite aiming to create a more sinister atmosphere, there’s no equal ambition to toy around with the psyche. The safer, surface-level approach is taken. That ultimately leaves and unwillingness to stand out from the standard horror fare. It’s a shame that the film’s style and substance failed to co-exist.

Horror has unquestionably dialed up on the ambition in recent years. With directors like Jordan Peele and Ari Aster conjuring up genre innovations, there should be more hunger to move that needle. King’s novel wrapped itself in a riveting exploration of grief. The cinematic equivalent of “Pet Sematary” simply scratches the surface. Early on, Louis and Rachel debate how to tell their daughter some tragic news. Without any time to mourn or cope, their cat returns from the dead, albeit devilishly altered. The same applies to another pivotal death in Pet Sematary. To its credit, that decision is one of the film’s most daring zags. The drastic change delivers on paper, but falls victim to a lack of narrative breathing room. There’s more emphasis on rushing to the finish line than occasional contemplation.

Clarke, Seimetz and Lithgow are adequate as our three leads, each plagued by familial grief. And in some ways, they improve over the Dale Midkiff, Denise Crosby and Fred Gwynne trio from 1989. It’s just the rapid-fire and safe scripting that continues to restrain any next-level film making. Pet Sematary isn’t a bad remake per say, just forgettable in the long run. The disconnect between horrifying source material and a tame re-imagining is unsettling. King crafts his novels to get into the deep recesses of his reader’s heads. There’s no excessive dependency of mental jump scares. Pet Sematary seems incredibly infatuated with those cheap reactions, hardly disguised from a mile away.

Caught between moments dead on arrival and others that keeps King’s iconic novel quite alive, Pet Sematary ultimately ends up stuck in its own hellish limbo.