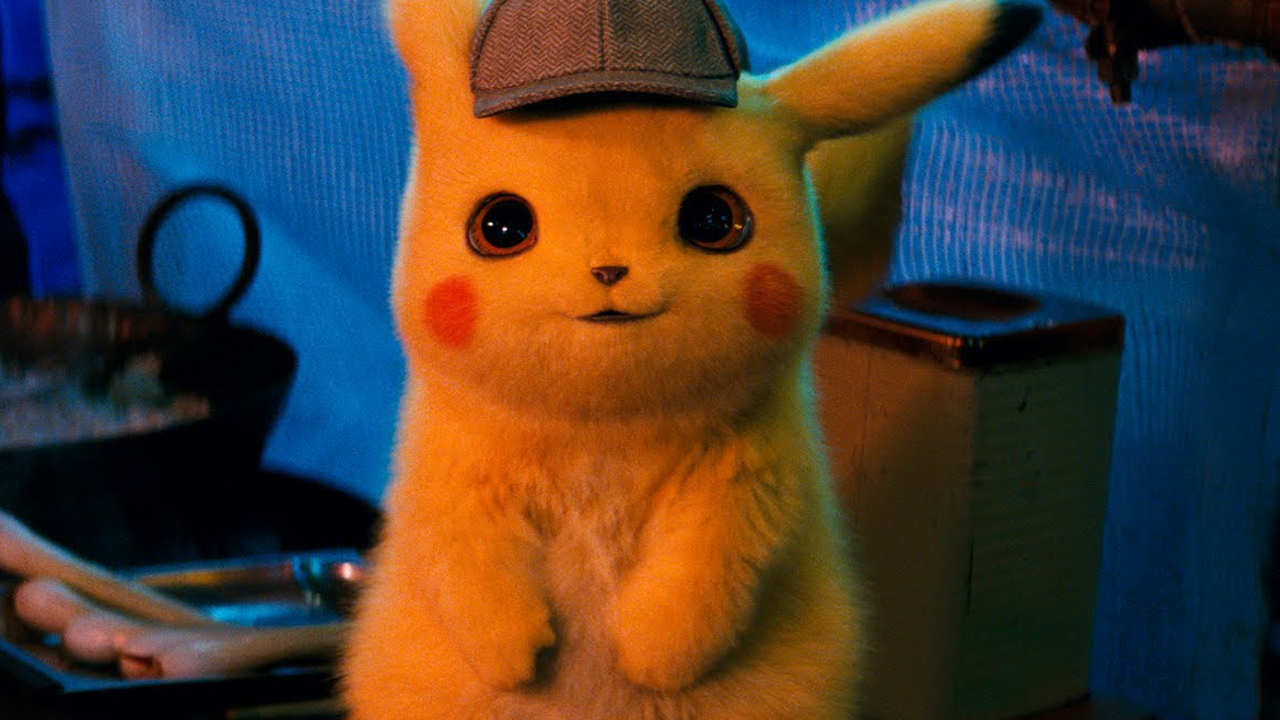 Like Avengers: Endgame a few weeks ago, Pokémon: Detective Pikachu should be hailed as a long-awaited love letter to its fan base. As a multi-platform phenomenon, Pokémon has resonated in various mediums over the past 20 years. From card and video games to an anime series to even a mobile app, there’s endless ways to immerse oneself in the brand. Shockingly enough, all franchise bases have yet to be covered. But Detective Pikachu fixes that, breaking new ground as the first live-action Pokémon film.

Set in Ryme City, Detective Pikachu explores a world where humans and Pokémon live in harmony. After years abroad, insurance salesman, Tim (Justice Smith) returns to the bustling metropolis. Sadly, it’s not a warm homecoming for Tim. His estranged detective father has been presumed dead, leaving his latest case wide open. Tim’s not the only one caught up in the mystery. His father’s Pokémon partner, Pikachu (voiced by Ryan Reynolds), is also looking for answers. Aspiring reporter Lucy (Kathryn Newton) and her Pokémon Psyduck hope to find a break in the case as well.

Despite being a worldwide phenomenon, there was much going against Detective Pikachu. In general, video game adaptations are a cinematic curse. Even noteworthy gaming franchises such as Tomb Raider and Assassin’s Creed crashed and burned on the big screen. Converting anime to live-action has had its abundance of failures as well. Dragonball: Evolution and The Last Airbender did their franchises no justice whatsoever. That’s a double-whammy for Detective Pikachu. Yet somehow, someway, Detective Pikachu has defied the odds. Perhaps some genres can be saved.

Writer-director Rob Letterman is no stranger to family-friendly nostalgia. 2015’s Goosebumps was a charming little throwback for millennials. It’s the same result here with Detective Pikachu. Detective Pikachu is chock-full of that lovable, light-hearted spirit you might expect straight out of 1999. Whether you’ve been with Ash Ketchum and the gang since day 1 or recently jumped on the Pokemon GO train, there’s something for any level of Pokémon fan. Die-hards will surely zoom in on the countless references and Easter eggs throughout. Though for anyone who can’t tell the difference between Bulbasaur, Charizard or Magikarp, the narrative may be boiled down to just a fun straightforward mystery with colorful characters. While it’s not a culmination of over 21 films like Endgame, Detective Pikachu still expects a bit of prior knowledge of the pop culture phenomenon.

And it was no surprise Ryan Reynolds would steal the film as Detective Pikachu himself. Like Deadpool, Reynolds was born to play the titular electric mouse. Once again, he has the liberties to make the character his own, albeit without the signature vulgarities of the Merc. While family films aren’t as buttoned up as they used to be, it’d still be awkward hearing “Japan’s Mickey Mouse” drop some choice words. Though in a battle with Charizard, he yells for Tim to get him “the hell out of here.” He’s not your regular Pikachu, limited to “Pika Pika” for 100 minutes. Reynolds has fun turning Pikachu into a witty, caffeine-fueled heart of the story. Though, super-stressed Psyduck may give him a run for his money. There’s a moment where Pikachu gives Psyduck a foot massage to calm down. It’s an absolute riot.

Detective Pikachu isn’t the next game-changing detective flick, nor does it need to be. But with over two decades worth of source material, it knows exactly the type of film it aspires to be. Detective Pikachu is here to usher in a welcoming era for fans new and old. Yes, the future of the Pokémon live-action franchise is perhaps as bright as Pikachu himself.