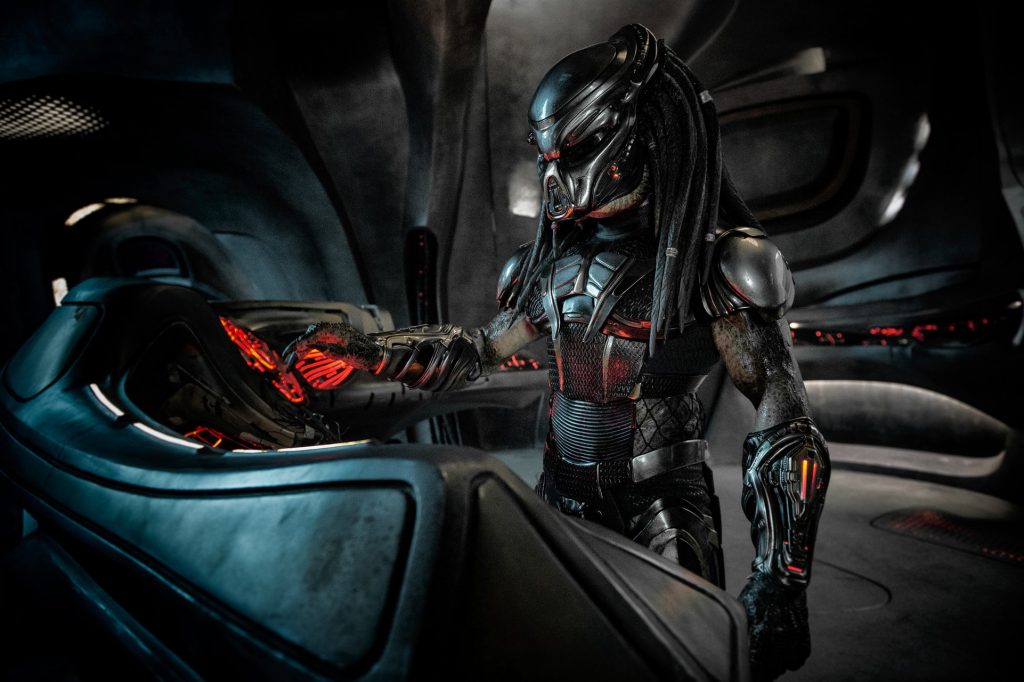 It’s almost as if The Predator exists as some sort of strange Hollywood joke. Perhaps two feuding executives made a Trading Places-style wager over the probability of making a success out of the fourth standalone Predator film. The stipulation was to hire the guy initially brought into the cast of 1987’s Predator to help punch up the script as the director for this latest feature. Working in one exec’s favor was having that guy, former screenwriting wunderkind-turned-acclaimed (and now controversial) director Shane Black, coming off of some pretty great work. Given the results, however, I’m not sure who wins this bet. The Predator never really gets past being aggresively fine, but it has fun playing in a sandbox full of interesting ideas.

Part of the issue is what to do with the story. Predator gave audiences a primal story about an intimidating group of macho men being outmatched by an alien with advanced weapons in the jungle. Predator 2 ditched the jungle and macho men in favor of the city and regular-sized characters + Gary Busey. Predators did its best to pay homage to Predator while filling the cast with a lot of interesting character actors and adding a few new tricks. This script by Black and Fred Dekker (Monster Squad reunion!), seems at a loss as far as how to make the Predator concept continue to feel special.

It’s not for lack of trying, as the film eventually finds its footing by introducing a group of mentally ill soldiers as the one ragtag unit that can hopefully stop the Predator. There’s more to it than that, as the convoluted story also features Boyd Holbrook as a military sniper who’s seen too much, Olivia Munn as a biologist with interest in stuff like this, and a winning Sterling K. Brown as a villainous G-Man grinning and chewing his way through the film. Still, what this movie enjoys most is hanging out with “The Loonies.” 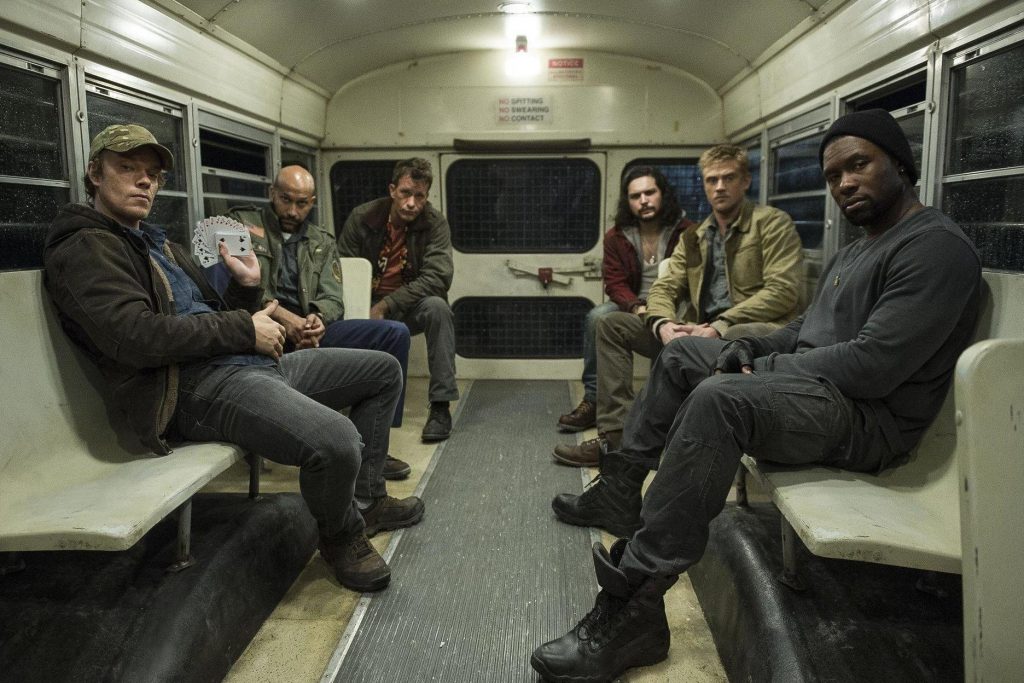 While the film is not exploring the criminal underbelly of Los Angeles during Christmas, The Loonies offer Black the chance to have his kind of fun by way of witty dialogue. Brown and Munn get their share of moments as well, while Holbrook gets to be the latest variation of “lead in a Predator movie that’s not Arnold Schwarzenegger,” but the film comes alive most when The Loonies deliver their funny lines and wait for a solid reaction.

So, who are these Loonies? Trevante Rhodes is Nebraska, the soul of the group. Keegan-Michael Key is Coyle, the clown. Alfie Allen is Lynch, the mostly non-descript British one. Augusto Aguilera is Nettles, the one with boundary issues. And Thomas Jane suffers from Tourette’s Syndrome. While Rhodes may be the only one to pull off a sturdy performance in terms of the character being more than a quip machine, this group still helps the film get the closest to its purest idea. The rest feels like a mash-up of all the other Predator movies, including ones with “Alien vs.” in the title. 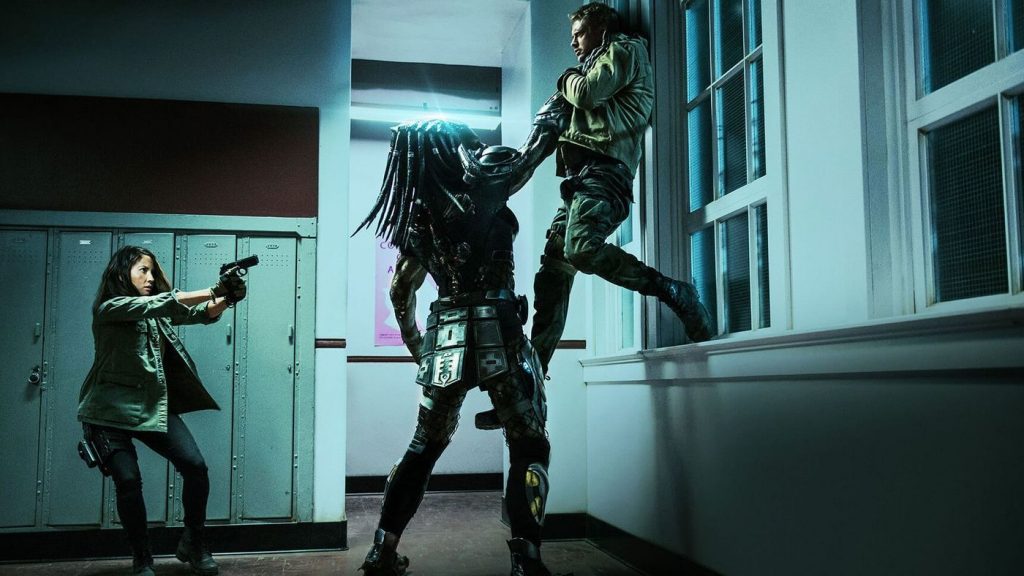 We get Predators in the jungle, the city, the suburbs, and government labs for the sake of making this feel like the most expansive of Predator films. Enough nods are in place to make franchise fans happy to see references to the previous films, with Henry Jackman doing a serviceable job with the score, compared to what Alan Silvestri came up with originally. I’m not saying this could be looked at as an expensive fan film, but I expected better from Black and Dekker.

Instead, the film feels like a rushed final product that has linked several different main ideas into one barely coherent sci-fi/action movie. The actual plot involves government cover-ups, genetic modification, alien politics, global warming, and the abilities of Jacob Tremblay, who plays the autistic son of Holbrook’s character (points for inclusion). So yeah, this film has a lot going on, but it does a lot to get away with how ridiculous everything is thanks to a few nice touches, in addition to my praise for The Loonies. 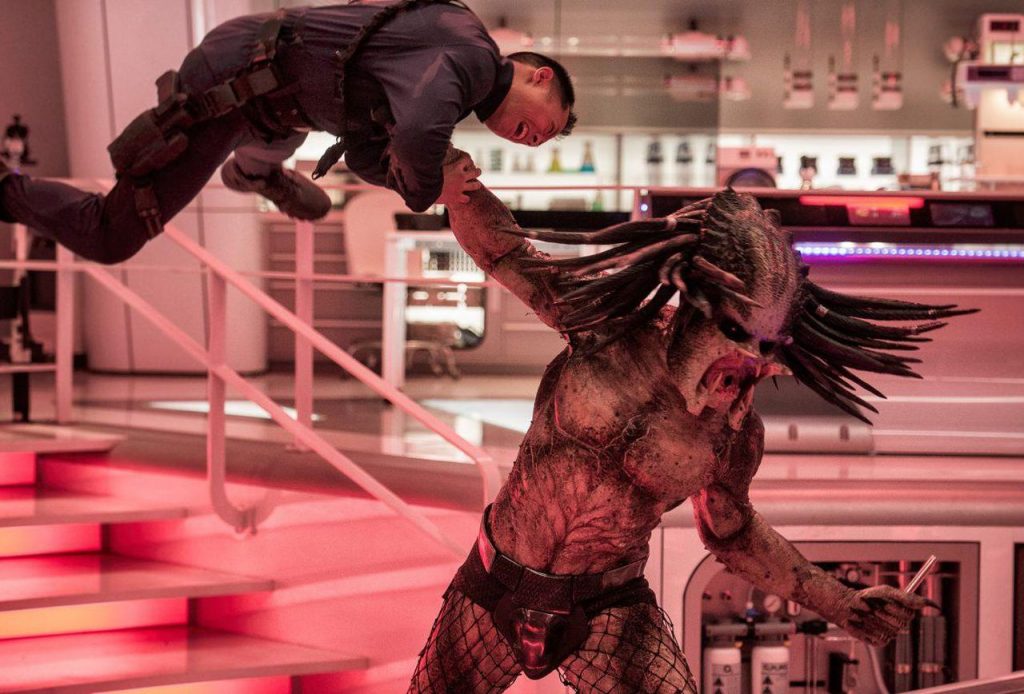 Even while it seems clear that a studio had its hand in meddling with film (the entire climax was reshot), there’s a lot to enjoy in the rough-and-tumble presentation we see. The film kicks into high gear, right away, and rarely slows down or becomes unengaging. Action sequences are very R-rated in a way that gives the film a nostalgic feel that recalls all three previous standalone entries in a good way. There’s even enough done with the Predator mythology that l would say is interesting, given how many times we’ve had cinematic encounters with this very cool alien creation. The end goes a bit too far in leading us on with supposed sequel potential that I wish was just delivered in this film, but there’s still the (mostly) fun dialogue to fall back on.

I may still find it a shame that no Predator sequel has found a way to match the visceral intensity and effective horror seen in the original John McTiernan-directed action/monster movie mashup, but The Predator does feel like a proper part of this series. It has some weird ideas thrown into its fairly conventional structure, which suggests Black and Dekker wanted to make this film at least felt like it had more going on than merely finding ways to cash-in on the IP once again. Regardless, this is a film that delivers a lot of big action between regular humans and big, tall aliens with super deadly gadgets and tree-jumping skills. It’s enough to make at least one exec happy, but franchise fans and casual action junkies will get some kicks out of it too. 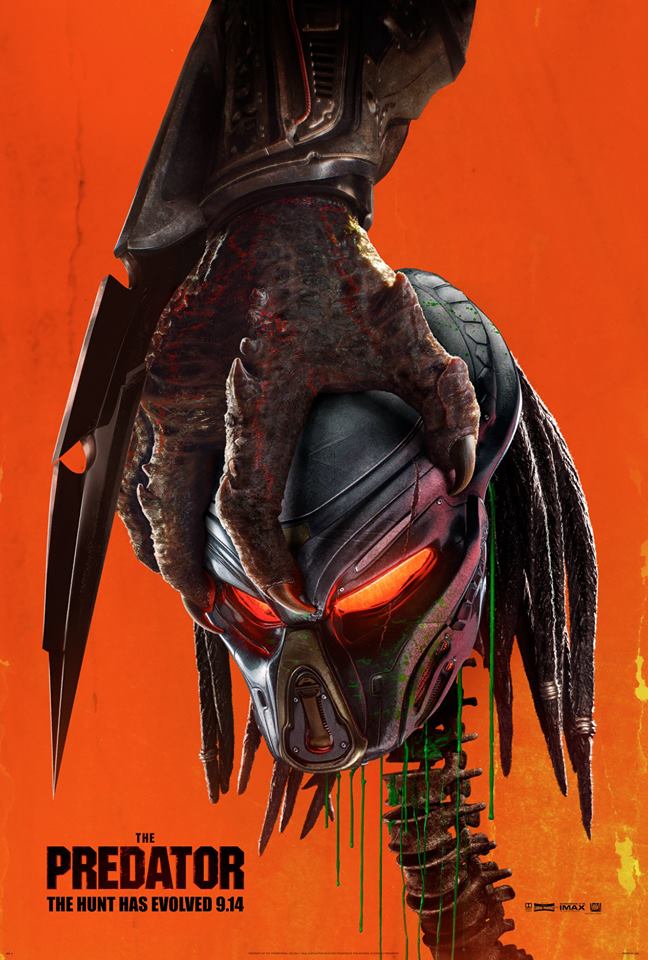