Perspective plays a crucial role in any film. It not only applies to the choice in what character a film wants the viewer to follow but where the viewer stands as their own individual. Queen & Slim offers the viewer a chance not only to see a story unfold almost entirely from one point of view but challenges the audience to grapple with whatever greater stance they may have on 2019 America in favor of the saga surrounding two individuals faced with extreme circumstances. This concept presents its own challenge to the filmmakers. Still, for whatever bumps along the way, the journey plays out in a thoroughly engaging manner.

Opening with two unnamed protagonists later credited as Queen (Jodie Turner-Smith) and Slim (Daniel Kaluuya), the mood starts off warmly enough, as the two get to know each other on a first date. The drive home finds the two continuing to connect, as they move through the snowy streets of some mid-west city. A minor swerve of the wheel then has the two pulled over by an over-aggressive police officer. Unnecessary escalation results in Queen getting shot in the leg, and Slim shooting the officer in self-defense. Cut to the title screen.

Framing this movie as the “black Bonnie & Clyde” is somewhat inaccurate, even with co-star Bokeem Woodbine proclaiming the two as such early on. While the two are on the run from the law, it’s not out of rebellion and celebration of their act. The two are fleeing to preserve their own survival. It makes the film more akin to Thelma & Louise, and even Children of Men came to mind thanks to the somewhat episodic nature of Queen and Slim’s odyssey to make some sort of escape. 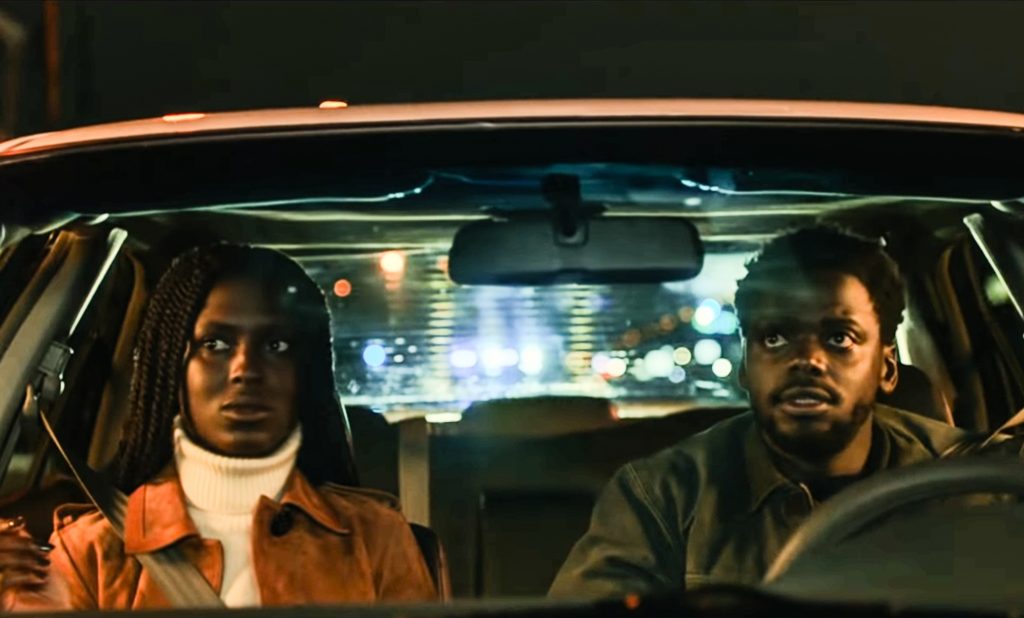 At the same time, relying on the New Hollywood classic as a comparison point can work in a certain context. Bonnie & Clyde served as a rallying cry for the counterculture, as the film broke various cinematic taboos while showing off plenty of filmmaking ambition in the process. Queen & Slim sets its sights in a different direction. Rather than have the protagonists contend with the fame they build up once a dashcam video of the incident goes viral, they only double-down on their need to escape. However, the film is not content to leave the audience unaware of the situation growing around them.

Writer Lena Waithe and director Melina Matsoukas find plenty of ways to show restraint, yet still provide the impression of a broader scope existing just beyond the edges. While the focus remains on Queen and Slim for nearly the entire duration of the film, there are hints of the greater conflict going on in the country. TV reports, small interactions, and brief cutaways show how this shooting and the subsequent video have raised the attention of people all over, with protests breaking out, and the two becoming symbols of the various distresses that have continually been a hot topic.

The takeaway amounts to understanding concepts such as the Black Lives Matter movement in some way from the outset, without the film needing to feel like one intent on lecturing its audience. Even if there’s a sense of vagueness that arrives with various viewers, Queen & Slim has a clearer focus on the two individuals it all comes down to. As a result, for whatever greater story is being told about America, the film does an excellent job of holding onto an intimate level of understanding by keeping this film focused on the character work, and the dynamic shared between two people that suddenly have to rely on each other for everything.

It only helps that Queen & Slim delivers terrific performances from both newcomer Turner-Smith and the Oscar-nominated Kaluuya. Were one to rely on assumptions about how these two function in the story, it is easy to see how a typical script was flipped. Turner-Smith’s Queen is the more pragmatic of the two. Her logical thinking and matter-of-fact delivery keep expectations in check, even when attempting to deal with extraordinary circumstances. Kaluuya, who has gone from confident horror lead in Get Out to terrifyingly menacing in Widows, once again takes on an entirely believable persona as a young man too innocent for the horrors he has suddenly involved himself in.

Both performers have many moments to shine, whether it’s their interactions with co-stars Woodbine, and others including Chloe Sevigny and Flea, or in the personal moments they have to themselves, allowing their expressions, once alone, to signal the real concern they feel. Keeping them together is, of course, highly important as well. Creating characters who are practically strangers to each other, only to have them grow as partners, and something even deeper as the chase intensifies, is the important task needed to make the story resonate all the more as a whole.

Minor issues crop us as far as balancing the tone of a film that’s presented as bleak in one moment, only to lighten up a bit in the next. This is not always a major issue. For a first-time feature, Matsoukas still shows plenty of confidence moving from music videos to a full-length feature that relies on a heavy atmosphere to help keep a drama like this so grounded. At the same time, there’s always the thought of what one would do if they were in the same scenario. Morality, quick reactions, and hindsight are all essential to understanding characters, and Queen & Slim does well enough to match expectations based on a high concept premise with timely relevance.

There is a nice level of grit to be found in all of this as well. With a modest budget for a studio feature film, the choices made in how to portray the various environments Queen and Slim enter range from cold and dimly lit to warm and inviting. Some of their shelters keep the viewer in the dark concerning intention, while one sequence finds the two in a bar serving as a sanctuary, and allowing the two to grow closer. Tat Radcliffe’s cinematography brings a realness to the surroundings, regardless of the emotion, while the score from Dev Hynes is matched well to the actors, as well as the new songs composed for the soundtrack that includes Vince Staples, Raphael Saadiq, and Lauryn Hill.

It’s appropriate to mention the music, as Queen & Slim relies on a mood heard throughout the film that emphasizes loss. Thanks to circumstances that started out bad and only got worse, we watch to characters grow close to each other, while also reckoning with the idea that their lives have been changed forever, and there is little in their path that will be easy in the future. Fortunately, for whatever faults, the film supports this journey very well, taking into account both the strong lead performances and the assured filmmaking work to spread a social message, while encapsulating the story of the individuals we closely follow. Even as things get intense, Queen & Slim still finds the most appropriate rhythm and lets the story coast along at a careful pace to much success. 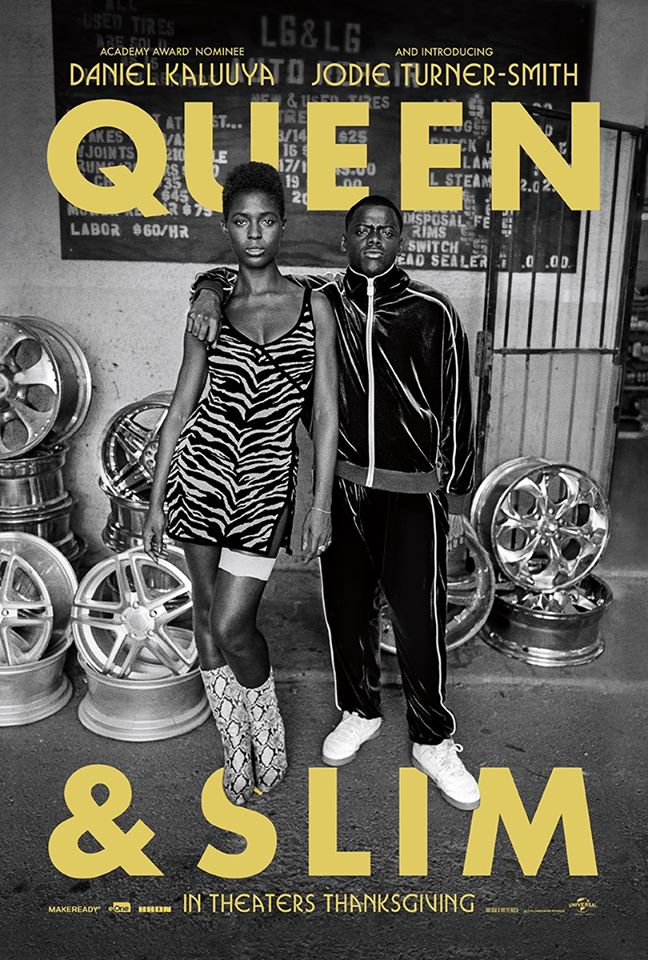