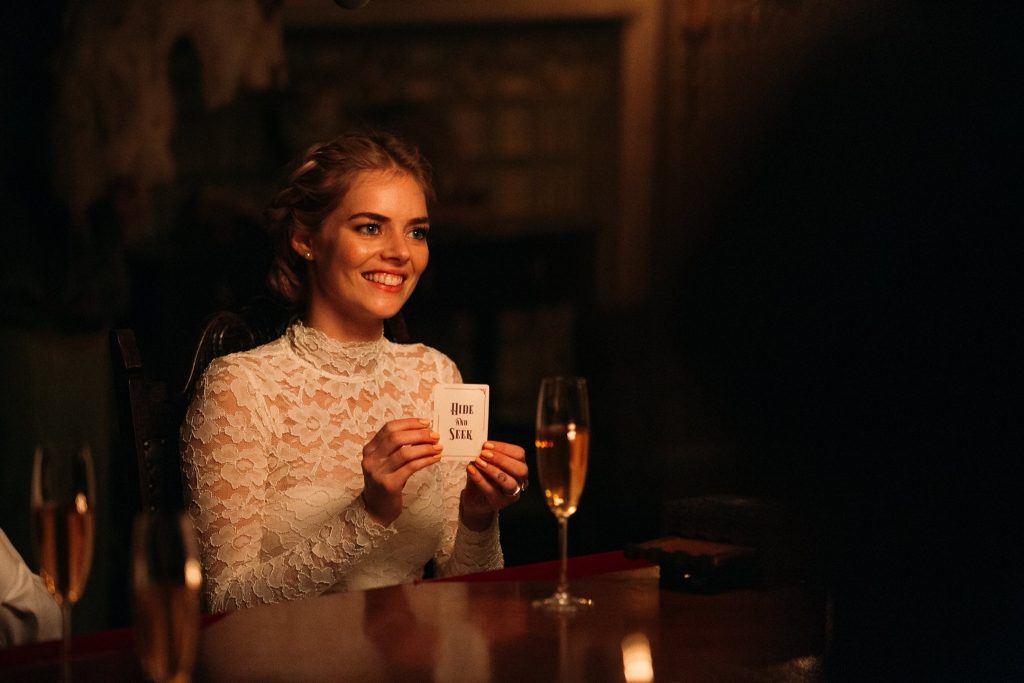 “It’s all fun and games until someone gets hurt.” That’s a saying I can relate to when it comes to how much fun I had playing tag when I was young, or various other games relying on a chase of some kind. Ready or Not is the darkly comedic thriller putting that line of thinking to the extreme. Thanks to a deliberately simple setup, a handful of lively character actors making the required impressions, and a healthy dose of horror violence, the movie provides a decent helping of fun for a late-Summer release.

Following a cold open that’s thankfully not an in media res tease, (though still provides enough info to help audiences know what they’re getting into), we meet Grace (Samara Weaving). As she sits in her wedding dress, about to join the very wealthy Le Domas family, we can understand she’s nervous and excited.

She’s about to marry the seemingly decent Alex (Mark O’Brien), with some in-laws who seem to like her (Adam Brody, Andie MacDowell), and others who don’t (Henry Czerny, Nicky Guadagni). Maybe things will change once everyone settles in later that night for a game. 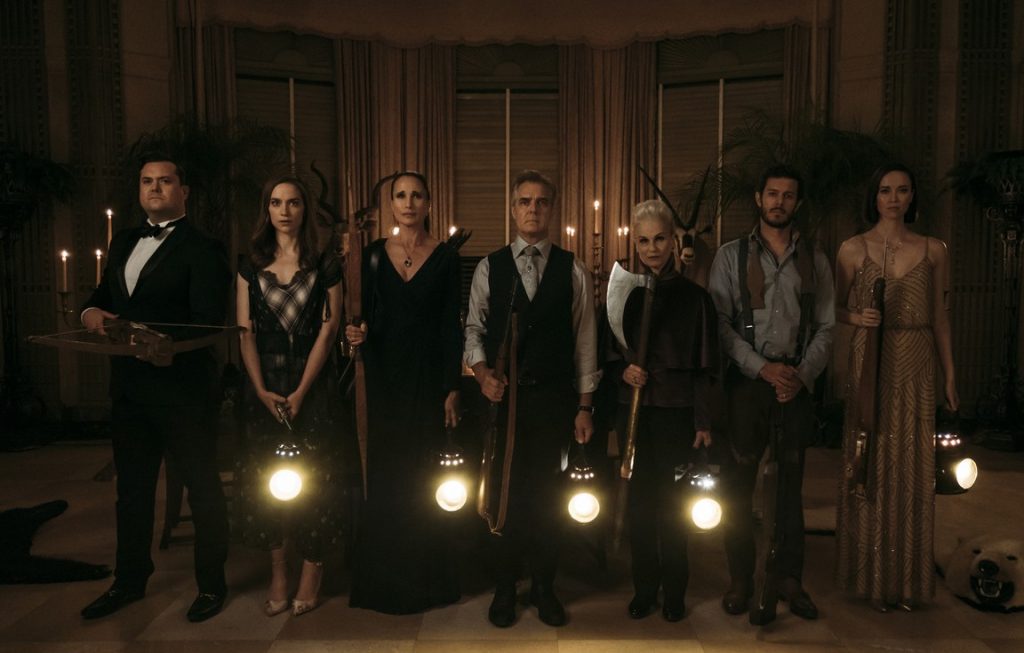 The brief bit of setup is all the movie requires from a character front. Whether you want to think of something like the board game “Clue” or an Agatha Christie murder mystery set up, Ready or Not is very deliberate in establishing broad character-types you can rely on for a specific type of comedic value. That becomes very necessary once the plot kicks in.

Thanks to a bit of backstory tilting the film further into genre territory than one may expect, Grace finds herself in a deadly game of hide-and-seek. She’ll have to stay one step ahead of the Le Domas clan until dawn; otherwise, they’ll kill her. This means Grace will be punishing herself all night, as the various family members and house staff go after her with century-old weapons in their dimly-lit mansion, with a desire to maintain their strange tradition.

That’s a fun premise, and directors Matt Bettinelli-Olpin and Tyler Gillet most certainly stretch it as far as they can. Of course, part of the fun and inherent layering comes from who the Le Domas family is. While Grace is established as a former foster child, with hopes that being part of a family will do her well (what cruel irony), the Le Domas’ are spoiled rich folks without much care extending beyond themselves. This also means the film can engage in some easy social commentary concerning the 1%. 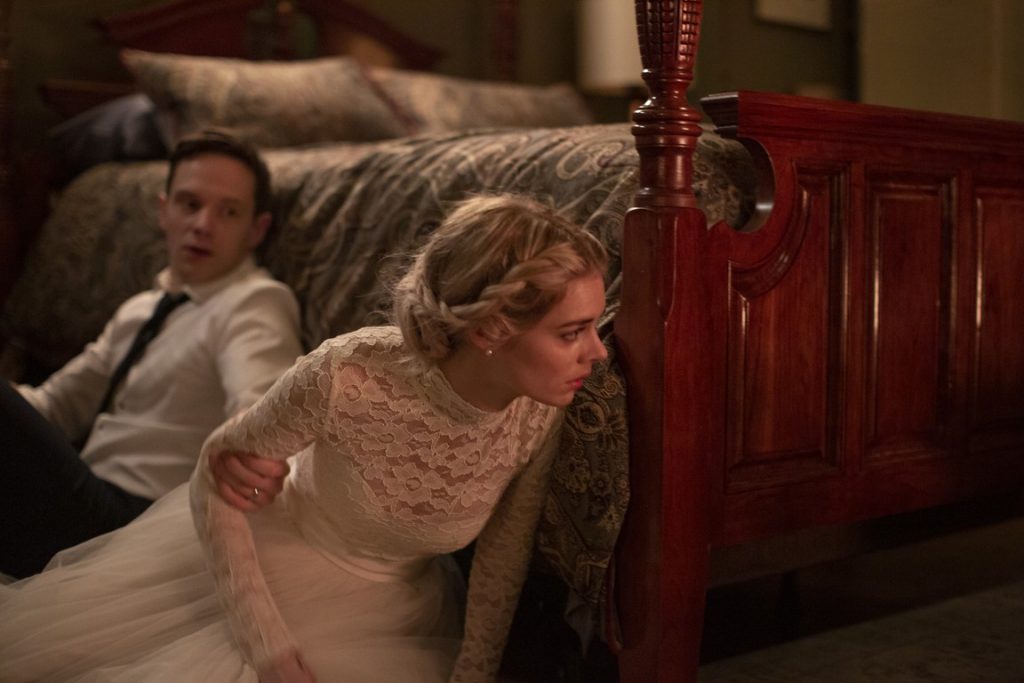 In a year where Jordan Peele’s Us already explored the dynamics of the haves and the have nots, a scaled-down (and very Canadian) version confined to a single location is only able to go so far. However, Ready or Not is not as ambitious. It leans more on the pitch-black comedy, balanced against the genuine thrill of watching Grace try and stay ahead of her pursuers.

To that extent, the film succeeds thanks to its restraint in both the comedy and horror. While there are arch performances here, the comedy component in them is never pushed too far to upset the tone. For every piece of silliness involving Kristian Bruun’s role as the lazy one who’d rather do anything else (though he does look up a YouTube video on how to use a crossbow), you have Czerny adding all the right touches to his devilish dialogue delivery. Brody was seemingly designed to be a standout just for his frequent sardonic deliveries, coupled with having some of the most effective character development.

From a horror-thriller standpoint, aside from some early kills to establish the stakes (and revel in more dark comedy), Ready or Not is not here to continually gross the viewer out. While there is a hunt taking place, it’s not a slasher film, so the violence has more shock value when blood is spilled. One sequence involving goat and a fall, in particular, is a standout in its use of tension. 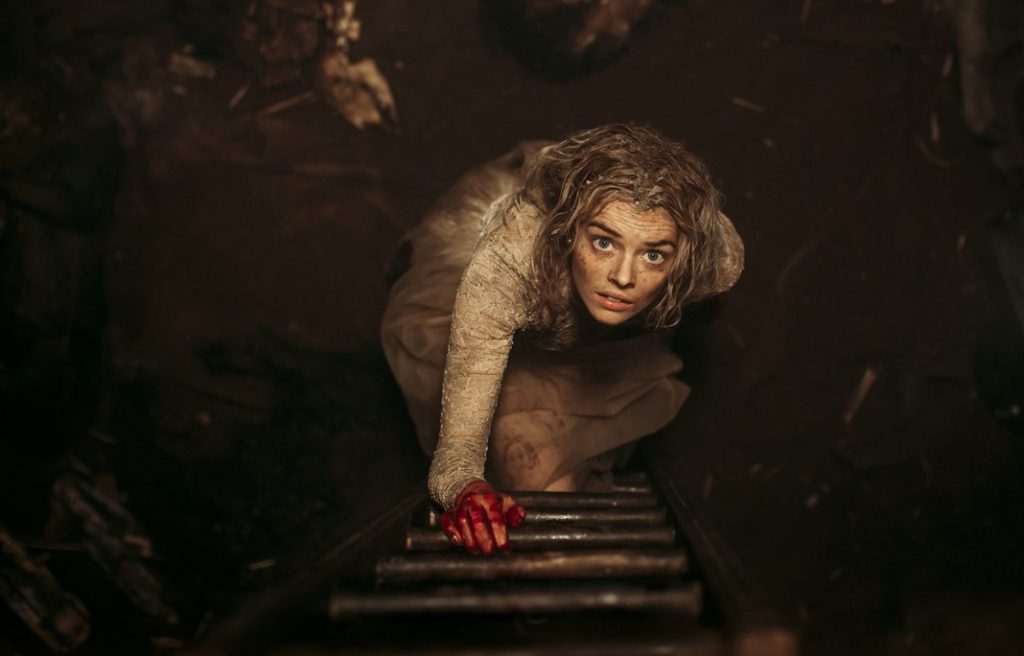 Through it all you have Weaving providing a solid breakthrough performance. While not actively trying to subvert expectations in a way the similarly plotted You’re Next delivered on, you still have a proactive lead doing what she can to take charge, showing off a range of emotions in desperate situations, and matching the film’s sense of humor when required to. It’s enough to keep you rooting for her to succeed in fending off the rest of the family.

I wish the film had a bit more going on to play against some of its predictable elements. There’s also a sense the writers/directors could have built more into what it wanted to say about how far the wealthy can go to sit on the top comfortably, but a certain path the film chooses to go nearly renders that thought a moot point. Ready or Not is not trying to be The Purge, but I wish it could have gone further in other directions to make up for a lack of stronger subtext. 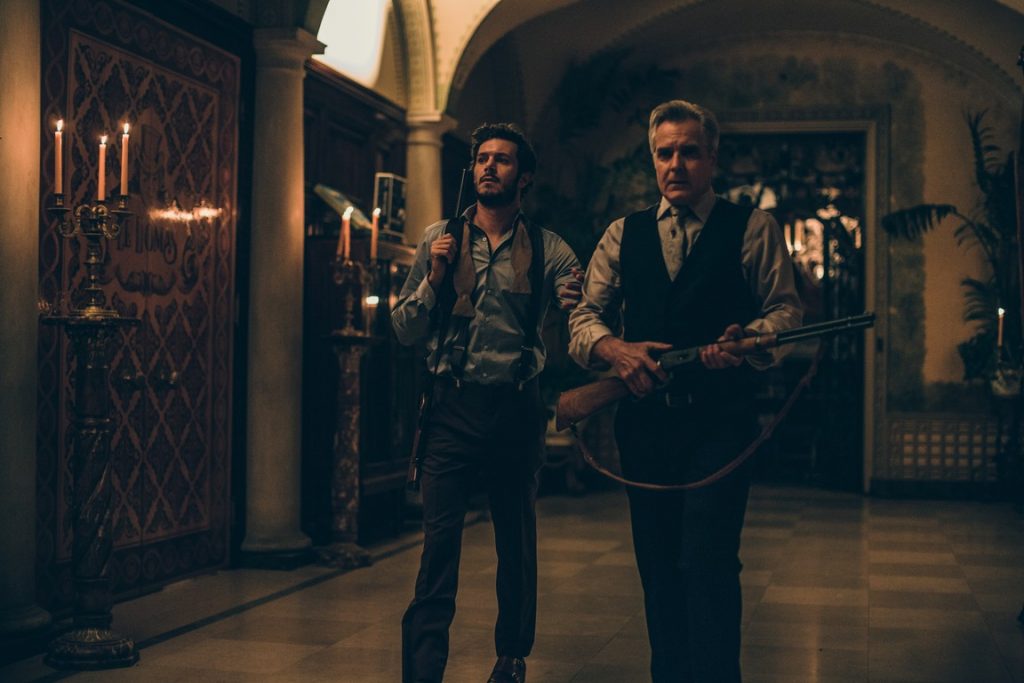 At the same time, the movie does enough with the location to make you feel like all ideas were considered. It’s not really a spoiler to say Grace finds her way outside of the house, but that doesn’t make her situation that much easier. Additionally, there is a good sense of claustrophobia captured in making a mansion feel smaller around Grace when exploring her survival options. Perhaps the ugly filters were a bit much, as far as the overall visual aesthetic, but I suppose it was also designed to read as less appealing, regardless of all the wealth this giant house represents.

There’s lots of fun to be had with Ready or Not. The cast all came to play, the premise mostly delivers on what an audience would be looking for with it, and the final payoff is worth it. At just over 90 minutes, with credits, the movie doesn’t wear out its welcome, even if there’s a bit of unevenness in trying to capitalize on its full potential. So, if this is the kind of flick you want to be a part of, be sure to bring your game face. 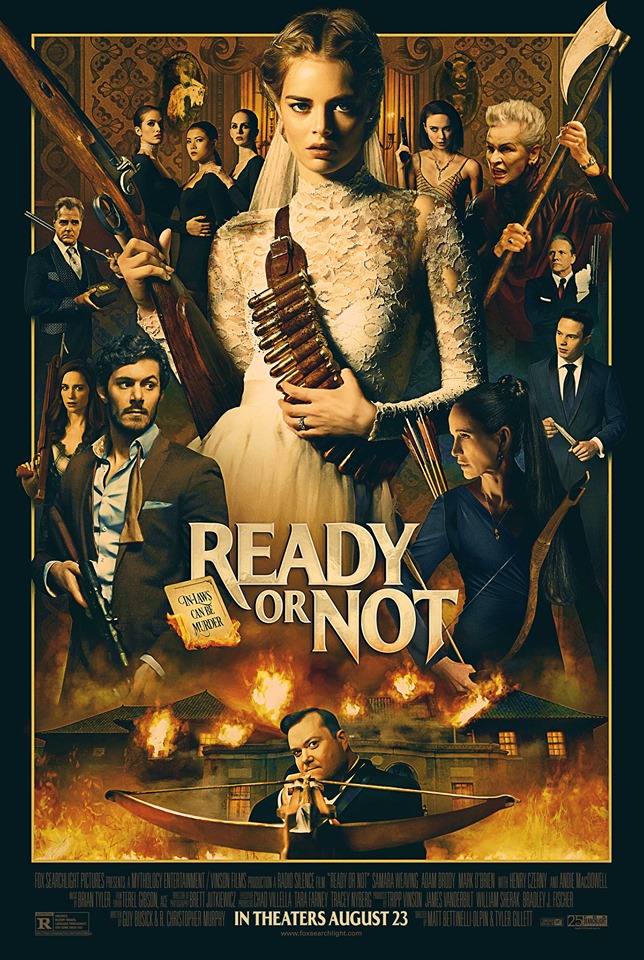