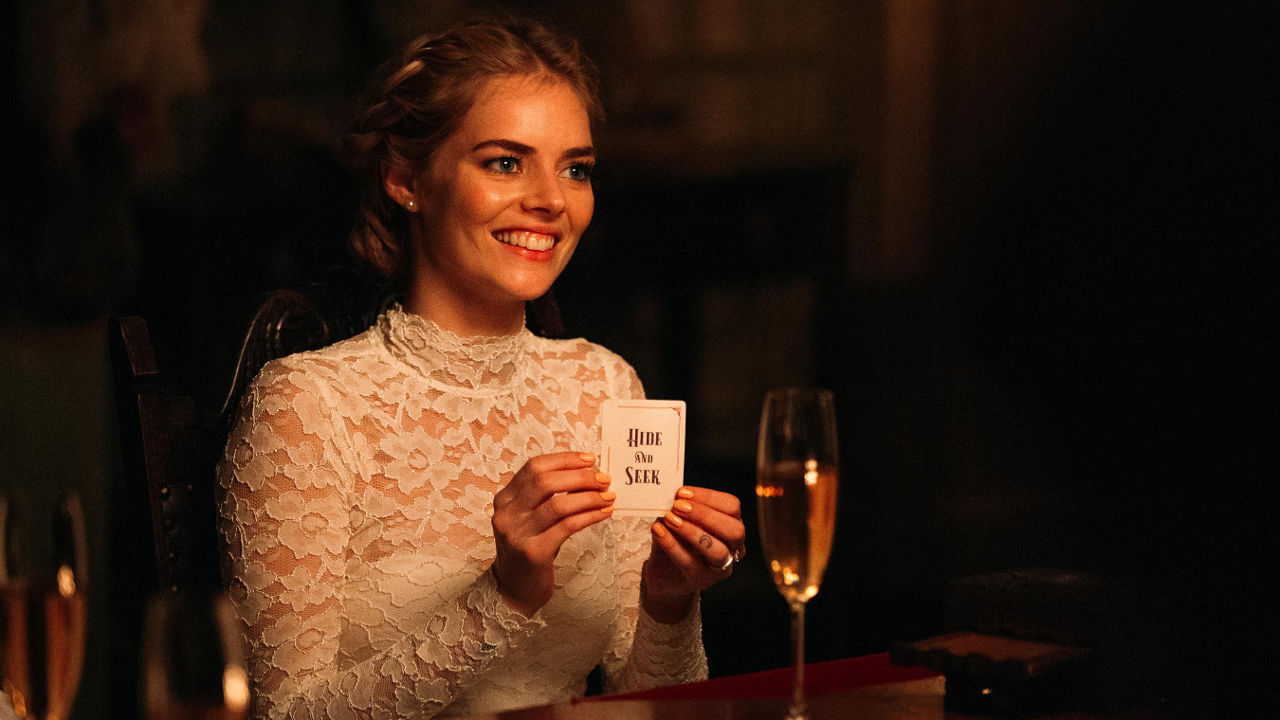 ‘Ready or Not’ Plays a Dangerous, Hysterical Game of Hide and Seek

Quirky, subversive humor can go a long way in the dog days of summer. Let’s face it. Endless sequels and reboots haven’t slowed down in the slightest. Fortunately, a dark comedy like Ready or Not will come along as a refreshing alternative. And even though mindless violence has been a hot topic as of late, the film’s late night mayhem is wisely played out for chuckles than stereotypical terror.

As Alex’s (Mark O’Brien) blushing bride, Grace (Samara Weaving) is the latest addition to the Le Domas clan. The eccentric family is best known for its presence in the board and card game industries. Watch out, Parker Brothers. As a family initiation, Grace is requested to play some sort of game starting at midnight. It could be checkers, chess, backgammon, etc. By the luck of the draw, Grace enters into a nice simple game of hide-and-seek lasting until dawn. Sure, nice and simple. That only lasts a few minutes when Grace’s new bloodthirsty relatives break out guns and crossbows for this ritualistic hunt inside their ritzy house of horrors. Welcome to the dark side of the crazy, rich 1%.

Co-directors, Matt Bettinelli-Oplin and Tyler Gillett could’ve treated Ready or Not as a by-the-numbers slasher. But where’d be the fun it that? Since 2014’s Devil’s Due, the Radio Silence duo have certainly found their way to let loose. Grace’s situation is dire as she navigates through the Le Domas mansion. It’s bad enough dealing with in-laws. But when this entire clan’s endearingly cuckoo, it’s near-impossible not to break out in hysterics. No bride has been under fire like this since Uma Thurman in Kill Bill. She gets cold and bizarre stares from practically everyone (minus husband Alex). Henry Czerny, Andie MacDowell, Melanie Scrofano, Elyse Levesque and Kristian Bruun each get their moments to shine against Weaving’s Grace. However, it’s the deranged Aunt Helene (Nicky Guadagni) that ultimately takes the cake.

There’s never a major lull in Ready or Not. The script by Guy Busick and R. Christopher Murphy contains some expository moments. However, the film’s focus is always on what predicament Grace will find herself in next. Some of the narrow escapes might come across as repetitive. Busick and Murphy counterbalance the situations with welcoming dark humor. For the first half, the deranged hide-and-seek game isn’t taken all too seriously. Nor does it have to be either.

Midway through, Ready or Not aims more for hitting those aggressive beats than maintaining the film’s welcoming wit and charm. The first couple of kills were nothing shy of bumbling and incompetent mistakes. But even as the kill count quickly racks up, there’s ironically plenty of lighthearted fare into the final twisted moments. Besides a few bumps towards the finale and a toyed message, Grace’s journey finds its fair share of catharsis. Weaving’s overnight transformation from doe-eyed bride to charismatic badass turns Ready or Not into a bloody good time. There’s certainly a bright future ahead for the Three Billboards actress.

Ready or Not certainly makes the most of its fairly tight 90 minutes and its wonderfully warped premise. While not as subtly charged as its contemporaries, its weighty message still resonates through an amusing balancing act between comedy and carnage.

Review: ‘Ready or Not’ is Game for a Night of Subversive, Sinister Fun