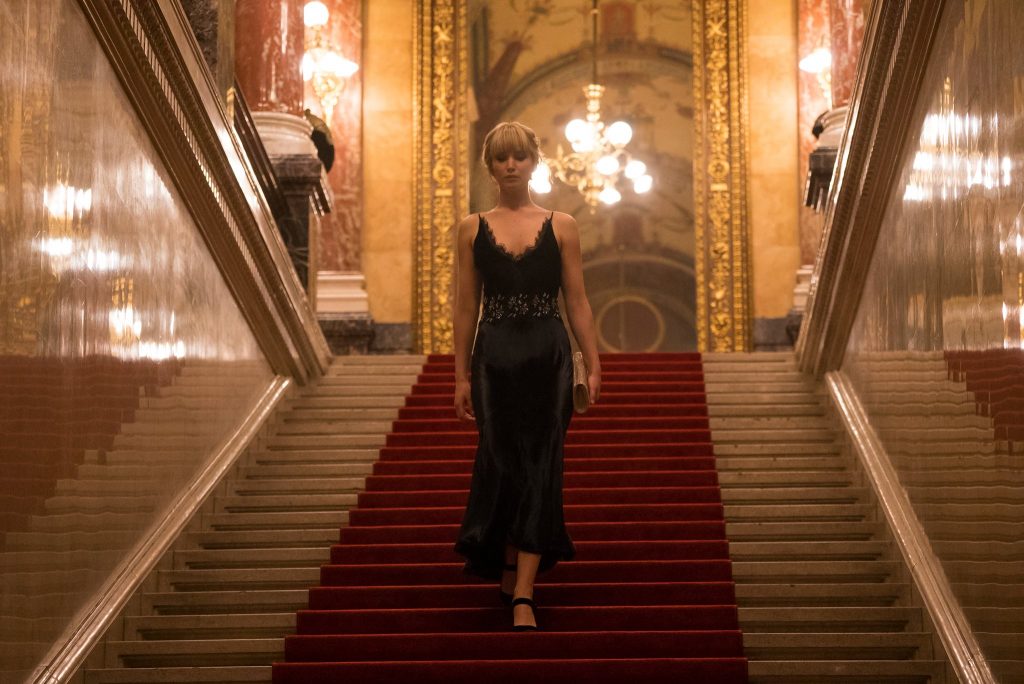 The most impressive thing about Red Sparrow is how Fox has allowed it to fly at its own pace. To the credit of the studio, Red Sparrow joins films such as A Cure For Wellness and Alien: Covenant as movies meant more for an adult audience, as opposed to playing as general entertainment. So the fact that this R-rated spy thriller goes to the lengths of showing brutal violence, torture, abuse and other qualities that never feel “fun” in the moment is not exactly unprecedented. Regardless, this is a film that’s allowed to be cold and cynical with its characters, while also working as a well-acted, globetrotting espionage story. It’s far too long and ultimately has little to offer in a world already full of cinematic interpretations of work by Clancy, Ludlum, and Le Carre, but there’s plenty of style to go with the despair of Russian spy games.

And what despair there is. Jennifer Lawrence stars as Dominika Egorova, a former Russian prima ballerina who was crippled in an accident, rebuilt, and eventually put to work for Russian Intelligence by her domineering uncle Ivan (a quietly intense Matthias Schoenaerts). What appears to be a simple mission turns into an audition to be groomed in the Sparrow program. This is a system where young men and women are trained to lose all sense of image and deploy seduction tactics to get information from their targets. As the choice is either submit to the training or death, Dominika works through the program. She excels in the eyes of her superiors (except for a very icy Charlotte Rampling as her primary instructor), and is pushed along into her first big assignment.

At 140 minutes, enough is going on to build a miniseries as opposed to a film. Red Sparrow is based on a novel by former CIA operative Jason Matthews, and one gets the sense that his 400+ page novel has been boiled down to some essential components to developing a standard origin story for a different kind of superhero. As opposed to elaborate martial arts moves or even traditional weapons, Dominika is all icy stares and a cold remove, even when her primary tactic of gaining trust is utilized. What helps sell this concept is how she’s not very good at being a spy, or at least wants others to believe this.

Joel Edgerton stars as an American spy, Nate Nash. He’s been doing this longer, and the film establishes early on that he’s working with a Russian mole. Dominika’s mission is to lure him in and learn who the mole is. It’s standard stuff for a spy film, and I’d like to think the plot knows it. As a drama, it’s less in the vein of pulpy fun or Spy vs. Spy and more rooted in Tinker Tailor territory, though much less complicated. Especially in the second half, the escalation in twists mostly becomes a game of “She knows they know she knows they know she knows.” It’s not enough to keep the film on a higher level, but there’s still plenty to appreciate.

On a performance level, this is the kind of big studio picture where solid character actors portray even the side characters. Jeremy Irons, Ciaran Hinds, Bill Kamp, Sakina Jaffrey, Joely Richardson, Thekla Reuten, and a great extended cameo from Mary-Louise Parker all serve varying purposes, but it gives the film the sort of grandness it could use when considering the variety of locations visited. That in mind, this is still a film tailored to being about its star and how the movie pushes her.

Between Red Sparrow and mother!, Lawrence seems to be on a path of not catering to the easier or more conventional jobs. If the X-Men films are ones she’s more or less stuck to, the more challenging Hunger Games roles have worked well to set her up for introverted performances that only rely on action as a means to an end in these sort of big-budget affairs. As such, this film puts her to work as far as the abuse suffered by the character and challenging her when it comes to being calm under pressure. I can’t say Lawrence and Edgerton exactly work as a pairing, but there is matter-of-factness to how both are seemingly trying to play each other.

Director Francis Lawrence (who worked with Lawrence on three of the four Hunger Games pictures) should get plenty of credit for assembling a film that feels so big but holds on to its chilly tone. Unlike 2017’s Atomic Blonde, this is not a flashy action film centered on a female lead. Red Sparrow is a concentrated effort to be effectively brutal, minus the cooler elements. It will no doubt leave many feeling like they’ve watched an empty film, but that would dismiss some of the thematic undercurrents that could be explored due to a lack of quips to make it more palatable. While not much of an active work of female empowerment, director Lawrence does put in the effort to counter the supposed appeal of being a spy by crafting a tale of a hero whose choices were taken away by patriarchy. Any chance to shine is upset by a reminder that Dominika will always resent having been put through “whore school.” online games free

Additionally, just on an aesthetic level, it is interesting to watch Red Sparrow as a film not quite choosing a time to exist in. Yes, the film is decidedly modern without question, but by way of combining old and new tech, there is a timelessness that extends to the film’s commitment to style. Perhaps that even speaks to the general regard for Russia’s position in the world as a level of social commentary, but I’m not going that far. Given the unnecessary amount of room for this long film to breathe, I can say that the style goes a long way to making Red Sparrow a movie that rarely flails around, even when I feel I’m ahead of what the plot is trying to tell me.

While not in the upper leagues of spy dramas, Red Sparrow commits to a tone and style and delivers on it. It’s an adult-minded film that’s well-acted, with an uneasy amount of brutality to make it stand out all the more in a time when violence and thrills are tampered down for the sake of broader appeal. The means the film is heavier than some may be expecting, as well as being less encumbered by flashy action sequences, but it speaks well to seeing a film stick to what it’s trying to be. It could use some tightening to make a relatively standard plot flow a bit better, but it will do until The Americans comes back on television. 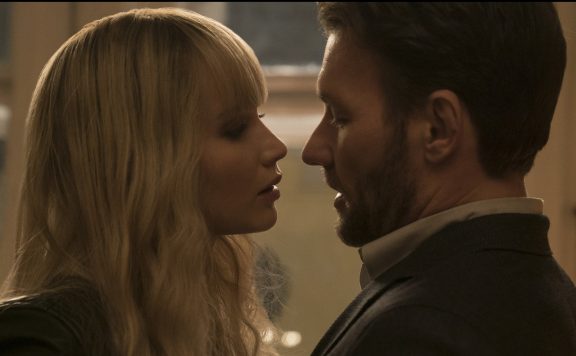