There’s nothing particularly wrong with being in touch with your imagination and having a desire for fun in your life. Disney’s Christopher Robin had a real chance to explore this in a way that was both fantastical and inspired. Instead, for all the terrific effects work done to bring Winnie the Pooh and his friends from the Hundred Acre Wood to life, the film is stuck with a story feels too thin to make what is at risk for the boy-turned-man matter. If the adorable nature of Pooh, Tigger, Eeyore, and the others is enough to satisfy, then be happy to take all that in amidst the melancholy tone and grim color palettes.

Even as I begin writing this review, it could seem alarming to accuse a film about characters from the Hundred Acre Wood to traffic in gloominess. Sure, A. A. Milne and E. H. Shepard brought that feeling to the original stories. It makes sense to have that element in this sort of feature. However, as proper a job as director Marc Forster may have done in keeping that feeling going; the morose human characters are presented with a situation that simply doesn’t work well beyond some surface messaging about family values. That said, it’s all about the context, and Ewan McGregor’s Christopher Robin doesn’t deserve such harsh judgment.

Following a prologue that finds Christopher saying goodbye to his friends from the Hundred Acre Wood (voiced by Jim Cummings, Brad Garrett, Nick Mohammed, Peter Capaldi, Sophie Okonedo, and Toby Jones), we eventually arrive in post-war London, where an adult Christopher works hard to support his family. With the company he works for hitting hard times, it appears Christopher will have to work hard to figure out how to keep from laying off other employees. This means not having a weekend away with his family. Fortunately, just as things seem to be at their worst, Christopher gets a visit from his old friend Pooh.

It may not actually be too fortunate for Christopher though. As much as the film wants to deliver the audience scenes of Pooh being a fish out of water in the real world, it comes at a cost. That’s the problem with keeping things based on Christopher’s perspective – he’s a good person. There’s a version of this story where Christopher could have grown up to be a cynical workaholic, but he’s not that guy. Instead, he’s a man that very much wants to vacation with his family, but his concern lies with making sure his fellow employees can still afford to put a roof over theirs. So once Pooh is involved, that means much of the film finds Christopher losing more and more time working on his real problem so he can discover his inner-child again.

Christopher Robin wants to get across the specific idea of how great things would be if dads didn’t work as hard. That’s fine but also very shallow (and quite dated). McGregor is too charming of an actor, especially in the way he acts here, to think that’s the real issue. And with a mostly nothing role played as best as it can be by Hayley Atwell as his wife, it’s up to the visually strong living-stuffed animal characters to liven thing up, even if they hinder Christopher’s progress. If only the film took the approach of placing Bronte Carmichael’s Madeline Robin, Christopher’s daughter, as the true lead character. There’s a passing-of-the-torch way of handling things that could have helped us avoid McGregor’s poorly-handled businessman plotting.

From a cinematic standpoint, this film mostly succeeds depending on what you’re after. I’ve already commented on the terrific visual effects work by Framestore and Method Studios to bring Pooh and the gang to life. In a realm where this sort of effort could have backfired, the group looks authentic enough to get emotional over (in happy and sad ways). Sadly, that’s really where it stops. While likely more modestly budgeted than other recent live-action adaptations from Disney, there’s little in the way of excess to give the film as much whimsy as it could use. Sure, I can enjoy seeing Christopher entertaining the gang with his imagination, but that only goes so far. 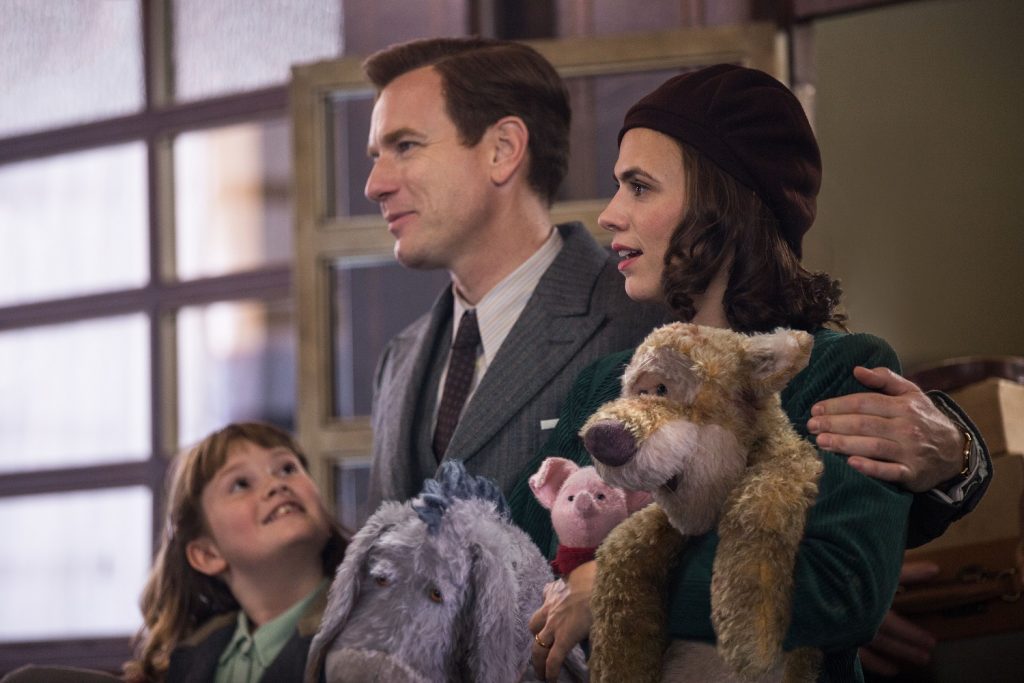 Part of the problem is seeing how easily things could have gone differently, working towards a more rewarding story. Alex Ross Perry (Listen Up Philip) and Allison Schroeder (Hidden Figures) are talented writers who had an opportunity to play around in a neat world. Instead, we have a familiar mid-life crisis story that turns an honest man into the grimmest of characters, which all leads up to an inevitable conclusion that attempts to justify its thin messaging.

Christopher Robin accomplishes the bare minimum of requirements to deliver joy to an audience looking forward to seeing Winnie the Pooh and the others come to life. That may be enough for some, and that’s perfectly okay. However, in a year where I’ve seen other movies about beloved childhood characters deliver riches that will continue to entertain for years to come, I expect something more than trite family melodrama. Good intentions aside, this film gets its head stuck in a jar and barely managed to pull itself out. 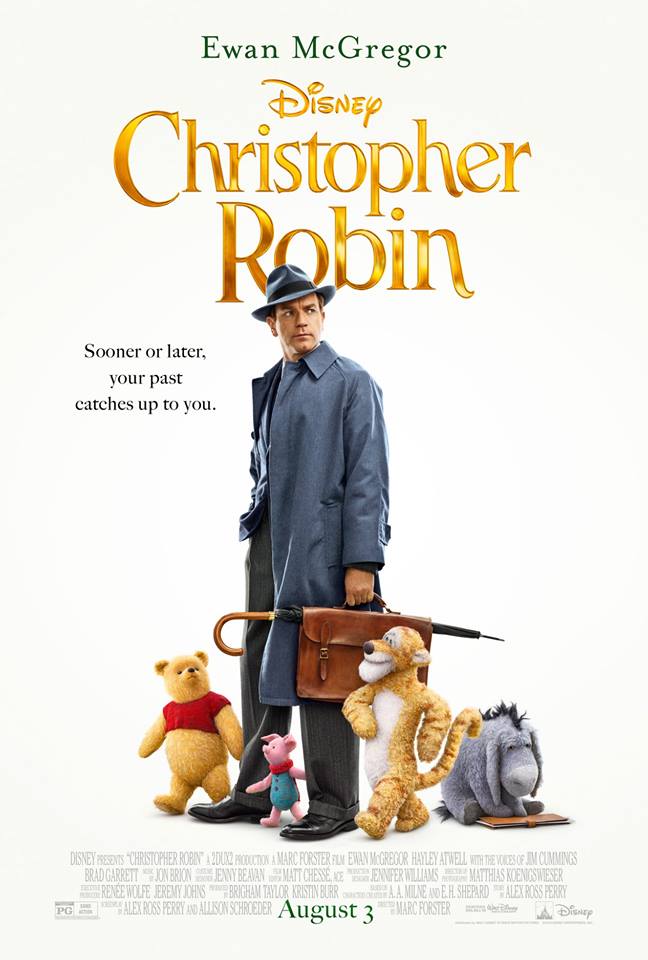