There is always something to be said for movies that are truly movies, in the escapist, mindless, show-me-a-good-time kind of way. For the most part, Anthony and Joe Russo’s The Gray Man, starring Ryan Gosling, Chris Evans, and Ana de Armas, is precisely the kind of throwback action flick that harkens to the days of Schwarzenegger/Cameron set pieces mixed with Willis/McTiernan snark. However, what is uniquely modern about The Gray Man is also what drags it down, and that’s its over-reliance on style, sacrificing all substance in the name of going big—really big.

The Gray Man is a film with not a single original thought in it, but the Russo brothers can bring some of their Marvel magic (they’ve directed four Marvel movies so far, including Avengers: Endgame and Avengers: Infinity War) to the screen to give the audience two and a half hours of elegantly produced shoot-em-up action. The star power of Gosling and Evans seems almost an aside here, much like Jake Gyllenhaal was in Michael Bay’s bombastic Ambulance earlier this year. The stars of the show are the choreographed fight scenes, large-scale gunfights, and the eye-popping yet sometimes laughable action sequences, which would totally take you out of the movie if you weren’t already committed to seeing this entertaining cartoon through. 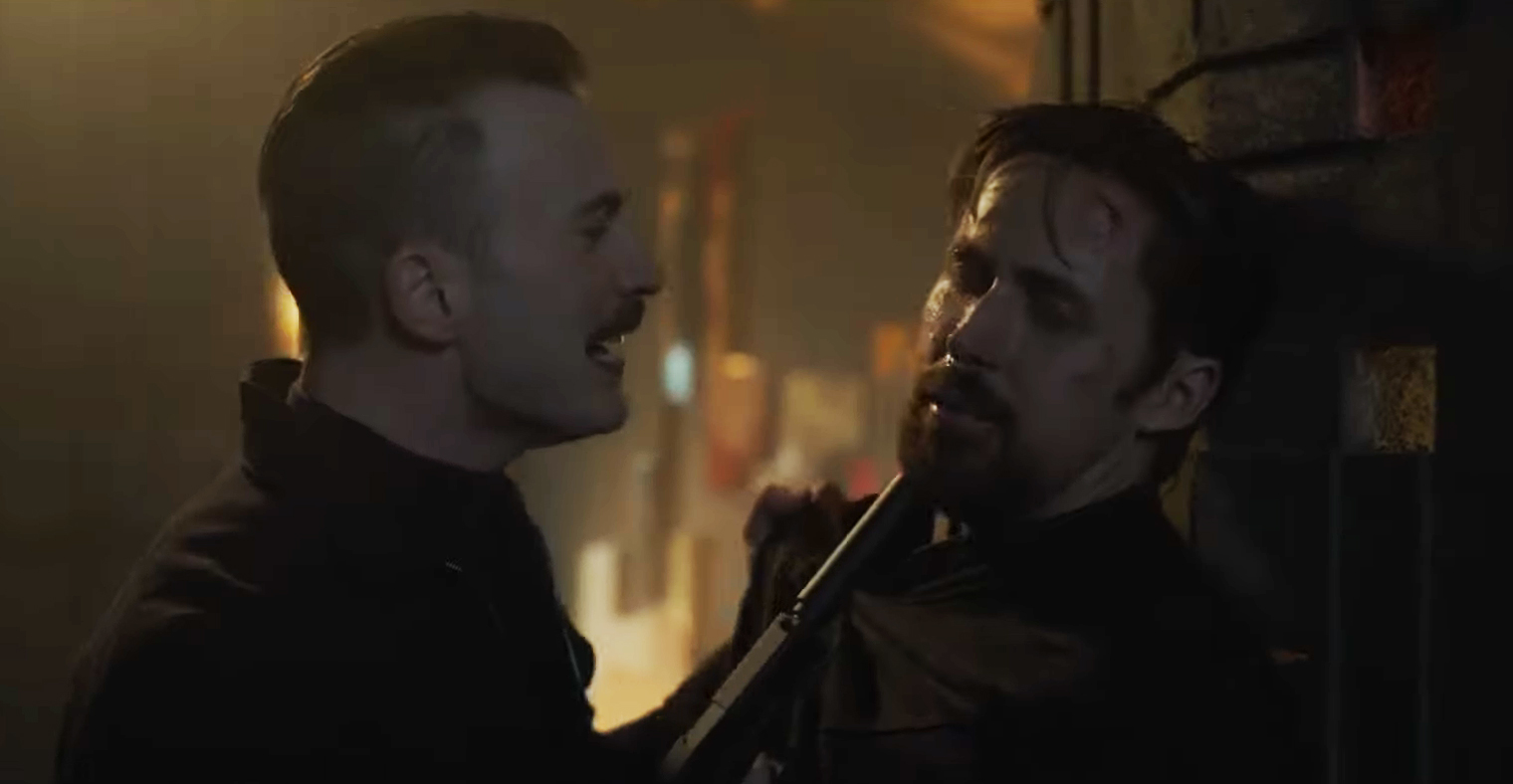 Plot-wise, the story feels lifted out of any Bond, Bourne, or Mission: Impossible film, as Gosling plays an off-the-books CIA assassin who has gone rogue, so he is being chased by an even more off-the-books psycho assassin, played by Evans, to save face for the agency. But let’s be honest, the plot doesn’t matter much (which is good because it’s ridiculous) here, as what we’re here for is to watch Gosling fight, shoot, run and miraculously survive bad guy after bad guy, attack after attack, without even getting a scratch on him (or messing up that perfect hair). Gosling’s character, simply named “Six,” is exceptionally creative, too. He’s James Bond meets MacGyver, but with much better lighting.

This movie is everything you expect it to be, and if you are intentionally choosing to watch it, it’s everything you want it to be as well. It’s got all the cartoon violence you could hope for, including the over-the-top destruction of entire European cities (it was nice knowing you, Prague) and just the right amount of emotional heart-string tugging, courtesy of—you probably guessed it—a sick child whom Six cares about and is used as bait. 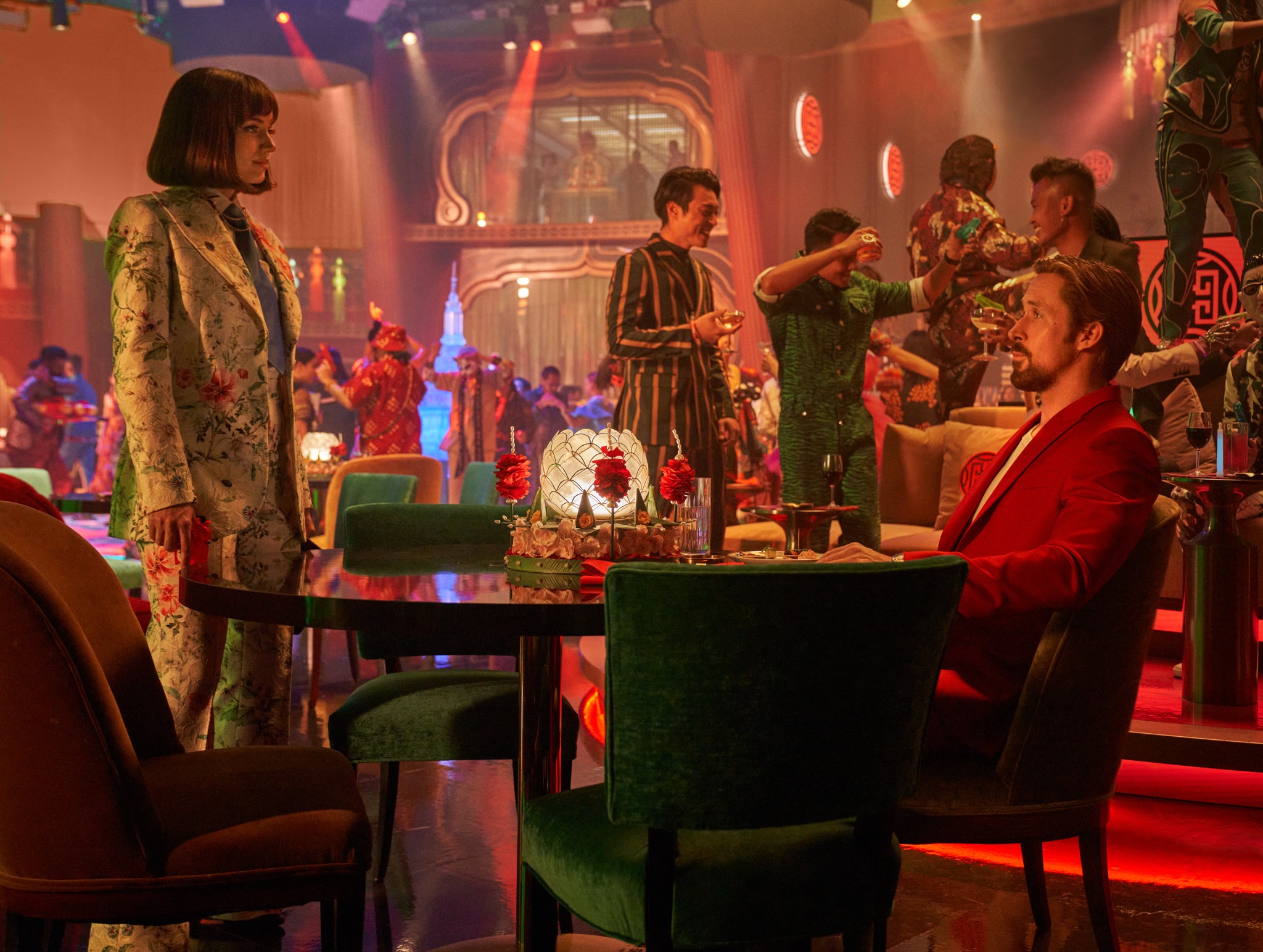 Although most of the budget clearly was spent on the action sequences, which deserve special recognition for their ambition and execution (I can’t imagine what it was like to edit this thing), a great deal of effort was also spent on casting, as Gosling and Evans are aided greatly by de Armas, not skipping any beats from her scene-stealing turn in the last Bond film, as well as Alfre Woodard, Billy Bob Thornton, and Regé-Jean Page. They all nicely deliver what’s needed, although Page leans too much into cliche.

The most delightful moments of The Gray Man, however, are the performances from Gosling and Evans, who can overcome their overly cutesy one-liner dialogue. It’s evident that Gosling was cast mostly for his excessively charming appeal, as this film would be a churning, numbing bore if we had to watch, say, Vin Diesel grunt his way through every explosive action sequence. It’s Gosling’s smooth, low-stress, low-energy vibe that somehow works in the middle of a swirling, violent hailstorm of bullets, explosions, and punches. 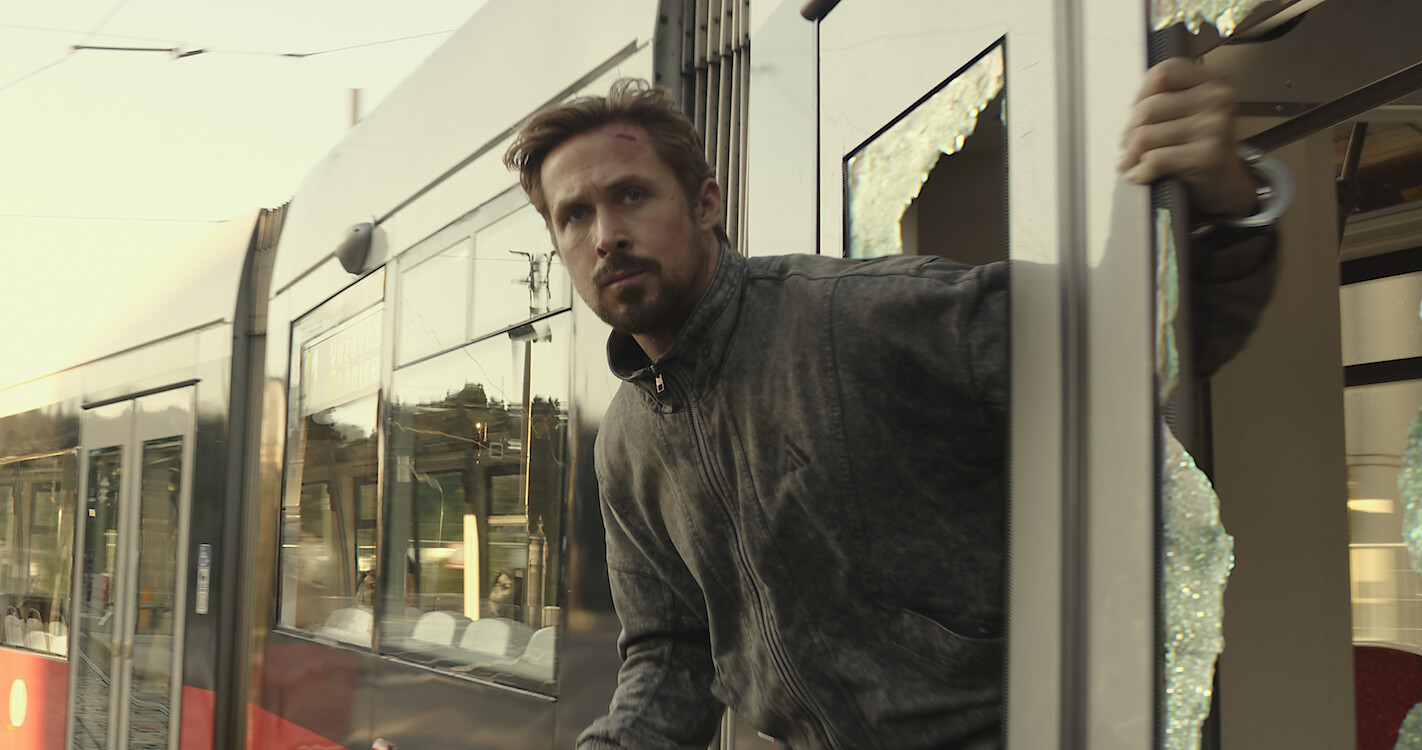 As for Evans, he is clearly having a blast chewing the scenery as a psychotic man-child, spewing dialogue no human would actually speak and cavorting around in clothes that make him look like he just stepped off a yacht. It’s so bonkers; it works.

It is all a bit much, but if this kind of movie is your thing (and you know if it is or not), and you don’t mind ridiculous video game violence with a hint of movie star charm, you may just have the most fun you’ll have all year.

The Gray Man is playing in select theaters and will be available to stream starting July 22, 2022. 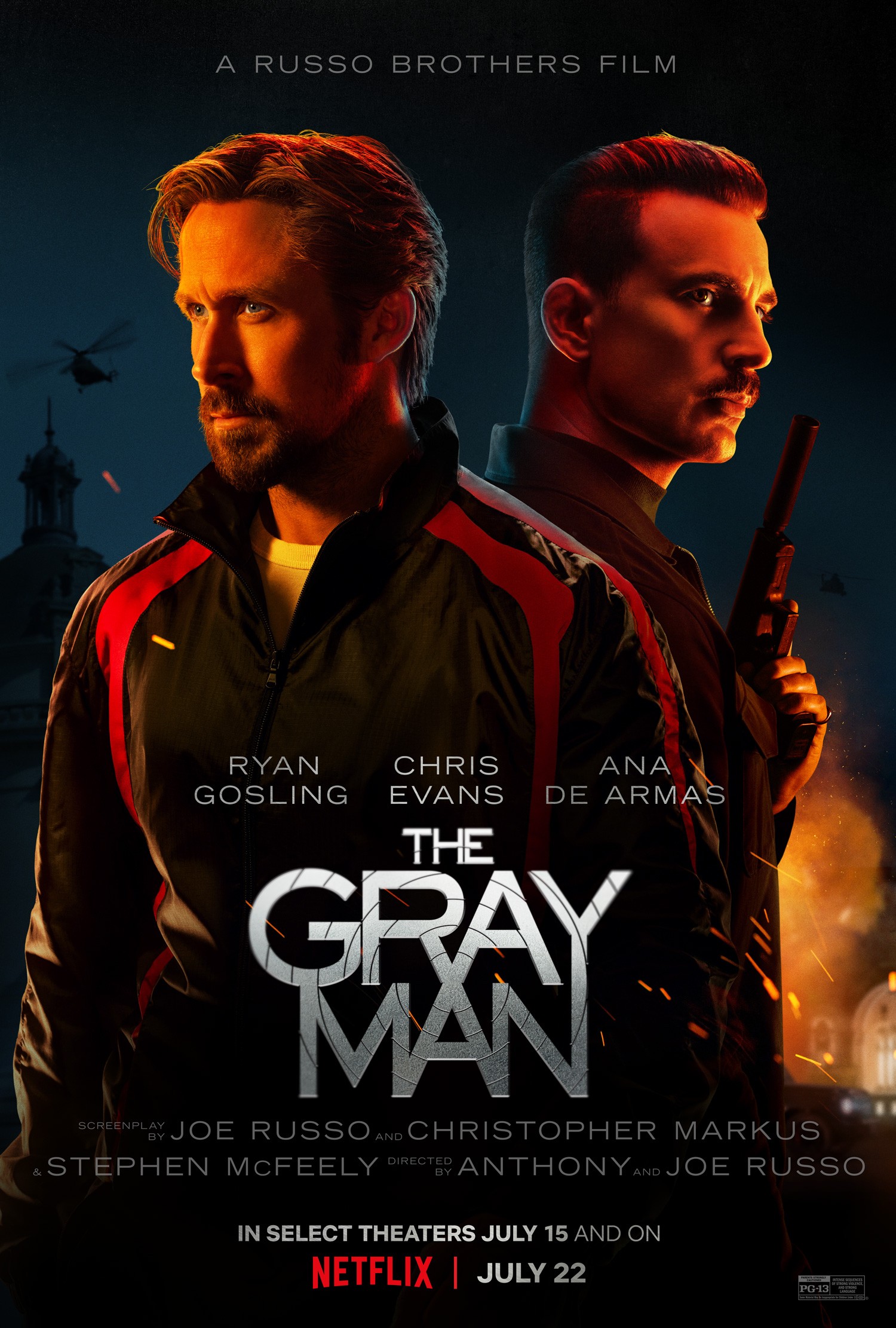 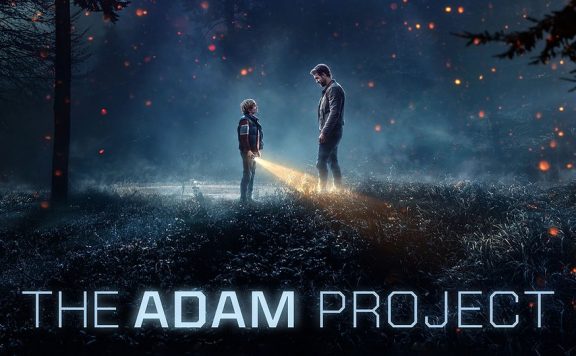 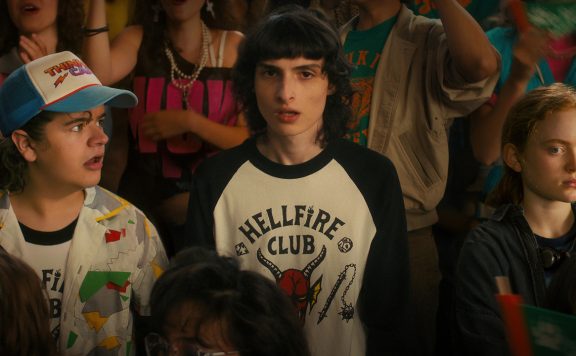 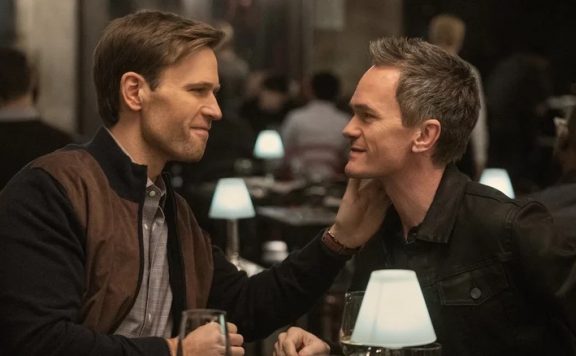 ‘The Gray Man’ Review: Gosling and Evans Charm and Shoot Their Way Through A Cartoonish Film