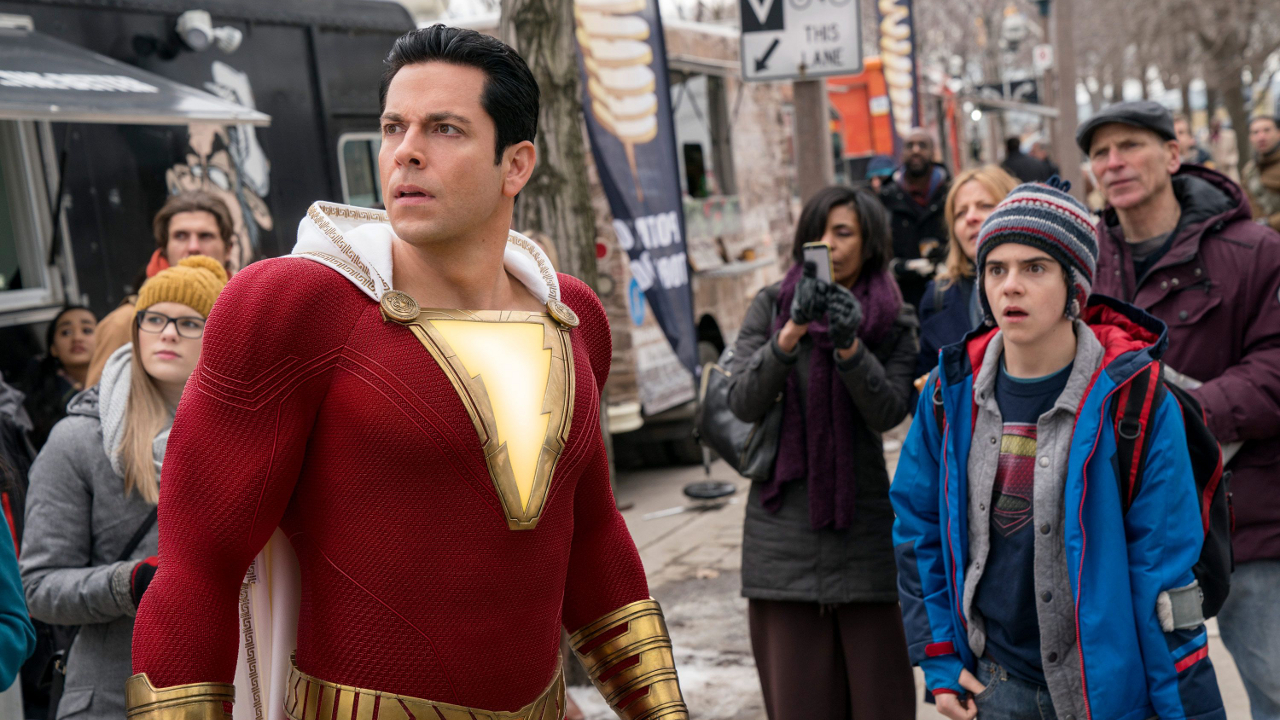 “Shazam!” is a Marvel of Fun for Changing DCEU Landscape

Since 2017’s Wonder Woman, the DC Extended Universe has made course correction its top priority. Zack Snyder’s Man of Steel and Batman v Superman end up brooding more than championing for these iconic titular DC heroes. While the dark, realistic tone undoubtedly worked wonders a decade ago in The Dark Knight Trilogy, the larger-than-life fun was stripped away in the DCEU. As the seventh film in the DCEU, Shazam! moves the tonal needle even further.

Shazam has been circulating in comic books almost as long as Superman, Batman or Wonder Woman. But outside of a few direct-to-video animated films, there’s been little attention paid to the child hero. Speaking to the younger audiences, it’s a wonder why? 14-year-old Billy Batson (Asher Angel) has been bounced from foster home to foster home throughout his youth. His obsession with find his lost mother made him appear like a problem child. He’s really not though. After another escape with the authorities, Billy lands in a foster home in Philadelphia. He shacks up with disabled superhero fanboy, Freddy (Jack Dylan Glaser, It), college hopeful Mary (Grace Fulton) and gamer Eugene (Ian Chen). Quiet Pedro (Jovan Armand) and spunky Darla (Faithe Herman) round out the displaced children.

At first, Billy has trouble adjusting, refusing to accept his role as foster brother. When Billy stands up to Freddy’s bullies one day, he is magically summoned by the Wizard Shazam (Djimon Hounsou). The ancient being has been searching for years for someone who is “pure of heart.” Now deemed the “Champion of Eternity,” Billy has been endowed superpowers from seven mythological beings. Another perk of being the new Shazam is morphing into an adult body (Zachary Levi) when called into action. As a teenager, Billy doesn’t exactly know what to make of the powers. Without the “great power comes great responsibility” speech, his antics shift between social media celebrity to quipping during a convenience store robbery. Billy has to get his act together once the evil Doctor Sivana (Mark Strong) makes his presence known.

Director David F. Sandberg tailor Shazam! more towards families than any other DCEU film prior. Specializing in directing horror films such as Lights Out and Annabelle: Creation, Sandberg was an interesting choice to redirect the DCEU into family-friendly territory. Shazam! genuinely speaks to the kid who put on a faux cape, pretending to fly like Superman or wield a Lasso of Truth like Wonder Woman. It’s a joy seeing imaginations electrify once again. And while Shazam! amplifies more with younger viewers, it doesn’t ignore or alienate older audiences either. Even for adults, the humor is endearing from particular references to Big to Batman and Superman revered as collectible merchandise. Well, at least Superman’s no longer treated like an apocalyptic threat to be feared anymore.

Both Angel and Levi are provided ample time to bring Batson and his alter-ego to life. The young Andi Mack star balances humor with the darker coming-of-age subplots. He can poke fun at the Wizard Shazam’s name on their first encounter. At the same time, there’s an emotional depth when going on a wild goose chase in search of his long-lost mother. Outside of Chuck and Tangled, Levi hasn’t had many opportunities to flex his leading man muscle. Shazam! has given him a franchise he was born for. Levi’s an absolute riot as a teenager trapped in an adult’s body. For a majority of the film, he’s just a gleeful big kid that’s handed a bunch of expensive toys without instructions. That’s what makes the journey of Shazam! so much fun. Scope may seem smaller than previous DCEU films, but the path to greatness is equally as big.

Shazam! tries to play in the same sandbox as other DCEU films towards the end. It’s just so tempting to pack an overblown third act punch. But perhaps it’s a bit too ambitious for Batson and company. Strong’s villainous Sivana isn’t quite the grade-A rogue, despite the tragic back story. His pack of minions play to same CGI weaknesses as that infamous Lord of the Rings cave troll in Batman v. Superman. At least we do have a foundation for craving a Shazam! sequel or two from Sandberg. It’s only a matter of time before the child hero squares off against noteworthy adversary, Black Adam.

After Wonder Woman and Aquaman, the DCEU maintains its confidence in a transition towards more light-hearted fare. While much smaller and more self-contained than its predecessors, Shazam! still electrifies a fun future ahead.